GREGGS fans who are missing their fix of baked goods can now buy nacho chilli cheese bakes from Iceland.

The frozen foods specialist has brought back the meat-free Mexican-style treats for a limited time. 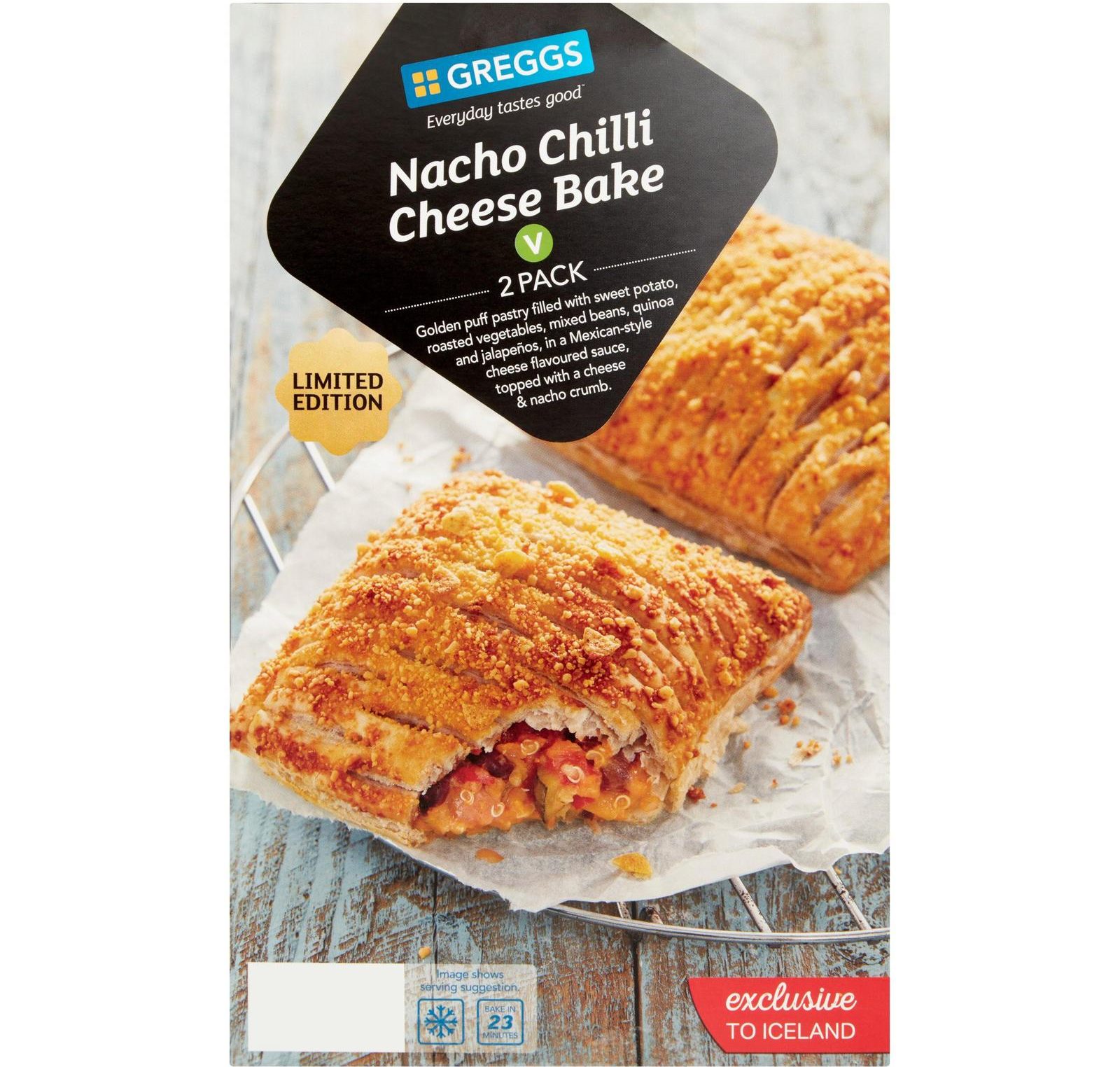 Greggs first launched the spicy snack in March 2018 as a limited edition product, while also selling it in Iceland at the same time.

It’s been brought back annually since then, with the popular baked goods making a return to the menu in March 2019.

Greggs relaunched it for the third time in March 2020 as part of its spring menu, but the reunion for fans was short-lived after stores closed just days later due to coronavirus.

What Greggs products does Iceland sell?

The good news for Greggs fans is that Iceland has an exclusive partnership with the baked goods giant, which means you can buy a large selection of Greggs items from the supermarket.

In fact, Iceland last week confessed it has ordered extra stock of Greggs sausage rolls and bakes to keep Brits well-fed while the nation is in lockdown.

Prior to closing stores, Greggs was selling nacho chilli cheese bakes for £1.55 each.

Iceland is selling the spicy baked good in packs of two for £2, which works out at £1 each, or a saving of 55p per bake.

They are slightly more expensive than the other Greggs items in the Iceland range, which are priced at £1.89 on average.

Nacho chilli cheese bakes are available in Iceland stores nationwide or on the Iceland website.

The supermarket has been inundated with demand for delivery slots due to the coronavirus, so it might be quicker to pop into stores if you're going out for food anyway.

Iceland has a minimum spend of £25 for online orders, plus it charges £2 delivery.

Orders over £35 qualify for free delivery.

If you're watching your weight during lockdown, you should know nacho chilli cheese bakes contain 443 calories.

Check the Iceland online store finder to see the most up-to-date opening hours.

Missing your fast food fix? Here's how to make your own McDonald’s, KFC, Greggs and Nando’s fakeaways at home during the coronavirus lockdown.

Greggs has shared its exact sausage and bean melt recipe so you can make it yourself.

KFC fans are recreating their favourite menu items at home and the fried chicken chain is rating them.