Home » Lifestyle » In Ghana, Funerals Are A Party. But My Dad’s Couldn’t Hold My Grief.

In Ghana, Funerals Are A Party. But My Dad’s Couldn’t Hold My Grief. 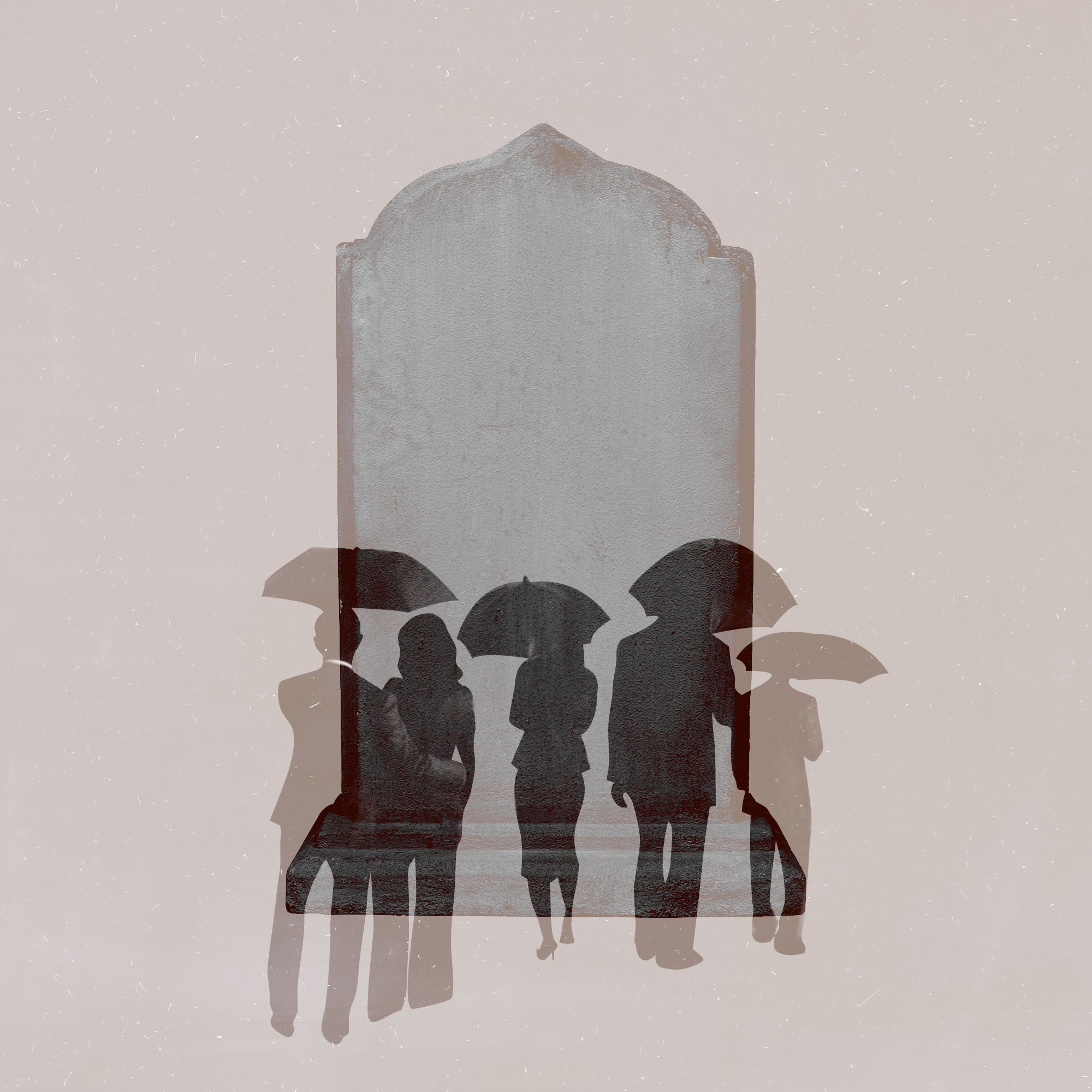 When I was four years old, I turned up to school in uniform on a day I wasn’t supposed to. I went to the school’s front desk and asked to call my dad to have him bring me my favorite outfit, a can of 7UP, and some sausage rolls. It was a brazen request that came from an assurance that my dad would always be there for me. When I was a bit older, and he fell ill, I believed that he would survive. My dad wasn’t supposed to die. He was supposed to walk up to the front of the congregation at our church to give his testimony of his survival. Everyone would stand up and join in praising God for such a miracle. When my dad died, it didn’t feel real. At 14, I had no direct encounter with death, nor did I know the weight it held in my culture. As the 10-year anniversary arrives this year, I’m still trying to figure it out.

From custom caskets to pallbearers, Ghana is a nation that takes pride in honoring the dead.

I’d just come home from boarding school for half term, when word spread that my father had passed. I watched as people flooded my door, eager to relieve their grief. My living room became crowded with distant relatives spilling over into the kitchen, claiming offense when I said I didn’t recognize them. This being my first funeral, and as a 14-year-old, I learned as I went on that funerals are the events that bring Ghanaians together. From custom caskets to pallbearers, we’re a nation that takes pride in honoring the dead.

Our mourning involves wailing, dancing to highlife and drum beats that help shake off grief, eating pots of waakye and jollof,drinking and wearing red and black clothing from Friday to Saturday, and then white on Sunday, to celebrate the person who once was. I witnessed the bustle the adults created for the first time over the designated days of mourning. My siblings, cousins, and I were pushed out of the living room and instead spent this time trying to mirror a celebration of our own upstairs by watching Beyoncé’s Live at Roseland; hearing her sing “I Miss You” while wiping away her tears gave voice to the feelings I couldn’t quite place. That performance especially carried me through my grief.

A lot of my participation in the funeral was decided for me, removing my agency to navigate through grief in a way I could understand. Perhaps the way adults grieve required a certain physicality that I wasn’t able to possess as a child. But my father always involved my siblings and me, affirming our voices through holding family meetings and considering our suggestions. So to be excluded from his funeral was unfamiliar.

The way adults grieve required a certain physicality that I wasn’t able to possess as a child.

There was an unspoken understanding that I was to serve the adults around me and be silent as they mourned, as if their grief trumped my own. These rules arrived via orders of “Don’t cry, wear this, and be strong for your mother.” These customs were foreign to me—still are foreign. I recently spoke to my 50-year-old aunt who lost her father at 12. I asked her why the perspectives of children aren’t considered. She said, “There was so much going on, the plan was just to get you through the events. They tell you where to go, what to say, and then after, they may explain.” I also asked my eldest cousin why after-care for children of the bereaved isn’t considered. Her response was, “Obi nhwɛ obi ba”: Nobody should look after anybody’s child. It was incredibly isolating to be surrounded by so many people, searching for permission to express my grief but constantly being denied. When an adult’s grief is valued higher than the child’s, all the grief is repressed and becomes cyclical—the child’s right to grieve continually placed to the side. After the immediate shock of death passes, the funeral rites are complete, and the doorbell stops ringing, everyone has decided that mourning is over. These rituals demarcated it as so. But for me, it had barely begun.

It was isolating to be surrounded by so many people, searching for permission to express my grief.

Children are deeply emotional creatures and are capable of far more depth and clarity than those around me would give them credit for. The adults wanted to fill their grief with celebrations. Their denial of my emotions at that time made me feel that they were something to hide; I could experience it only in short, and it had to be in private so as to not be an inconvenience to others. A happier child is easier than one who is sad. In attempts to deal with that internally, in my first year of grief, I denied myself of food. I stopped attending meals and began exercising more under the guise of pursing modeling, when my actions were in actuality an attempt to control feelings within my body. It was when other students at my boarding school noticed and kept inviting me to meals that one day I accepted, prompting a different dynamic with food as I grappled with the waves of grief.

A happier child is easier than one who is sad.

I lost the ability to experience the still silence that grief requires; I had to fill it with doing. What good was my hurt if I couldn’t help everyone process theirs? My grief was best in service, and I became really good at performing. I turned into a guru of sorts as friends and family piled in for support and advice. I knew exactly what to say and how to say it, because I longed for those things to be said to me.

As the years passed, I made three attempts at seeking counsel. It was my fourth and most recent therapist who helped me realize that I could navigate grief if I looked at what the experience was like for me. Now as a 20-something, I feel safe enough to move through grief and recognize those emotions with no shame. The weight of grief can be numbing at times, and then light; by giving myself permission to feel, it enables me to choose who to grieve with and how.

In her poem “Taking Care,” Callista Buchen writes, “I sit with my grief. I mother it. I hold its small, hot hand. I don’t say, shhh. I don’t say, it is okay. I wait until it is done having feelings. Then we stand and we go wash the dishes.” I now know my feelings toward grief are neither good nor bad; they simply need to pass. A decade after my father’s death, I finally feel ready to honor those feelings.