BAYERN MUNICH stars and their Wags went wild after their Champions League triumph over Paris Saint-Germain.

Superstar left-back Alphonso Davies was spotted cracking out some dodgy dance moves while some of the players' partners were pictured partying the night away. 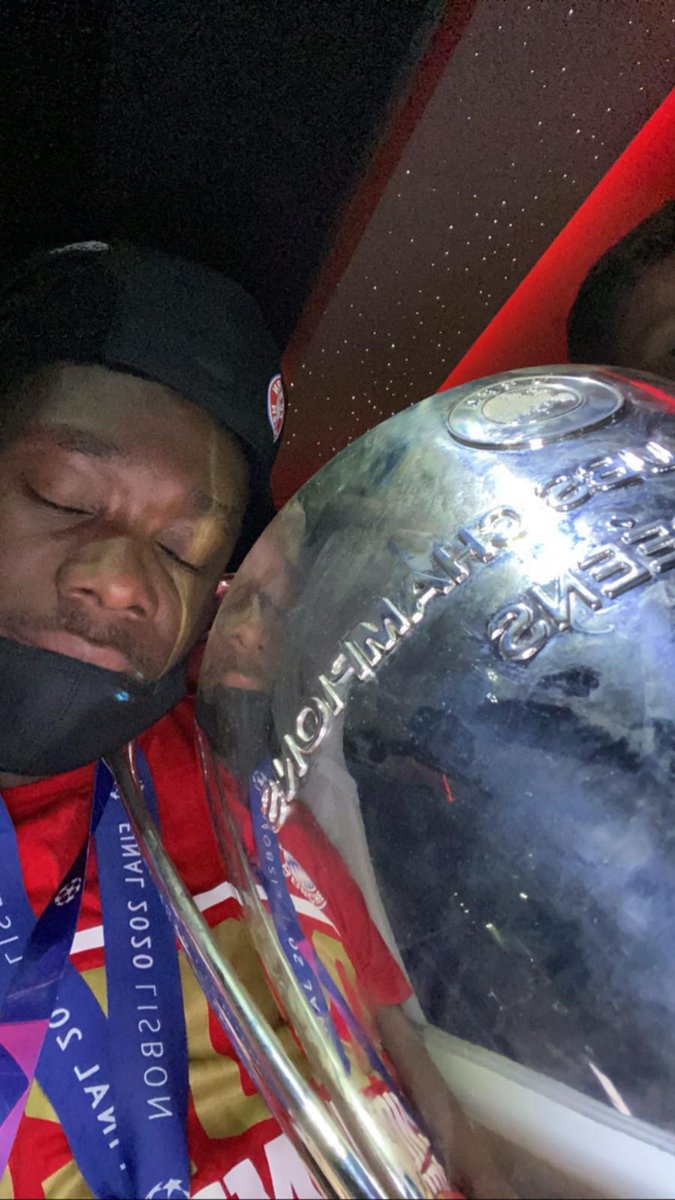 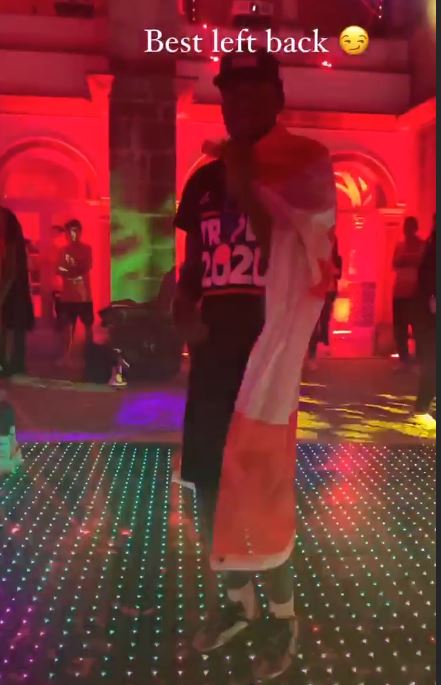 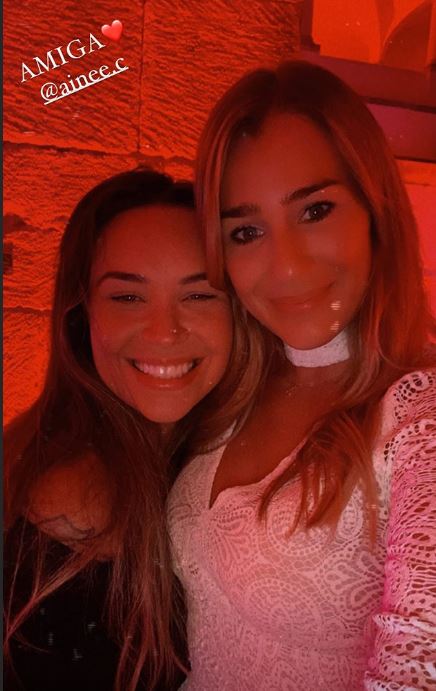 Bayern ground out a 1-0 win in Lisbon thanks to Kingsley Coman's second-half header.

The German giants had Kylian Mbappe's sloppy finishing and some great saves from Manuel Neuer to thank for surviving with a clean sheet.

And they deservedly let their hair down after claiming the club's sixth European Cup.

In footage posted on Thiago Alcantara's Instagram, Canadian Davies is seen draped in his national flag on a dance floor doing a solo jig.

The outstanding 19-year-old was also seen apparently napping with the trophy after it all caught up with him.

Before that he had uploaded a video to his own Instagram story, celebrating the fact that global music superstar Drake has started following him.

In other footage posted on Bayern's official Twitter account, the entire squad were up on stage belting out a peculiar song together.

The lyrics "FC Bayern, forever number one" were blasted out by the victorious players as they swayed from side to side with their arms around each other.

Matchwinning goalkeeper Neuer uploaded a shot of the trophy sitting in the middle of the dancefloor.

And later Polish striker Robert Lewandowski posted a hilarious shot of him with the trophy next to him in bed.

And Thomas Muller's wife Lisa also shared a cute picture of the couple in bed later in the evening.

And Brazilian forward Neymar was pictured in floods of tears after the final whistle. 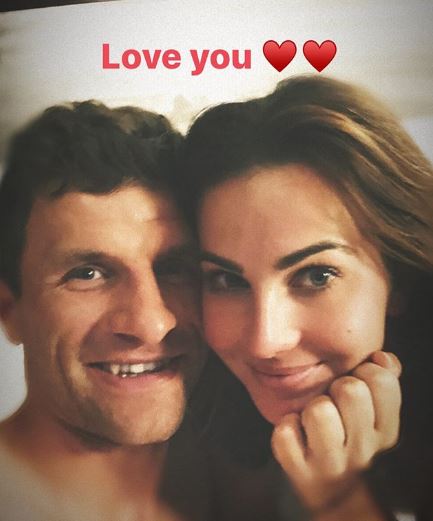 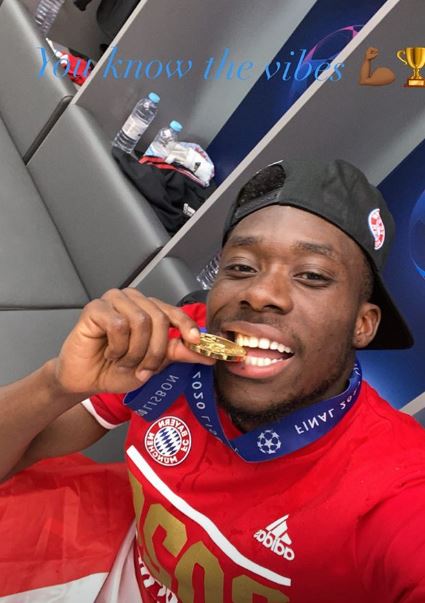 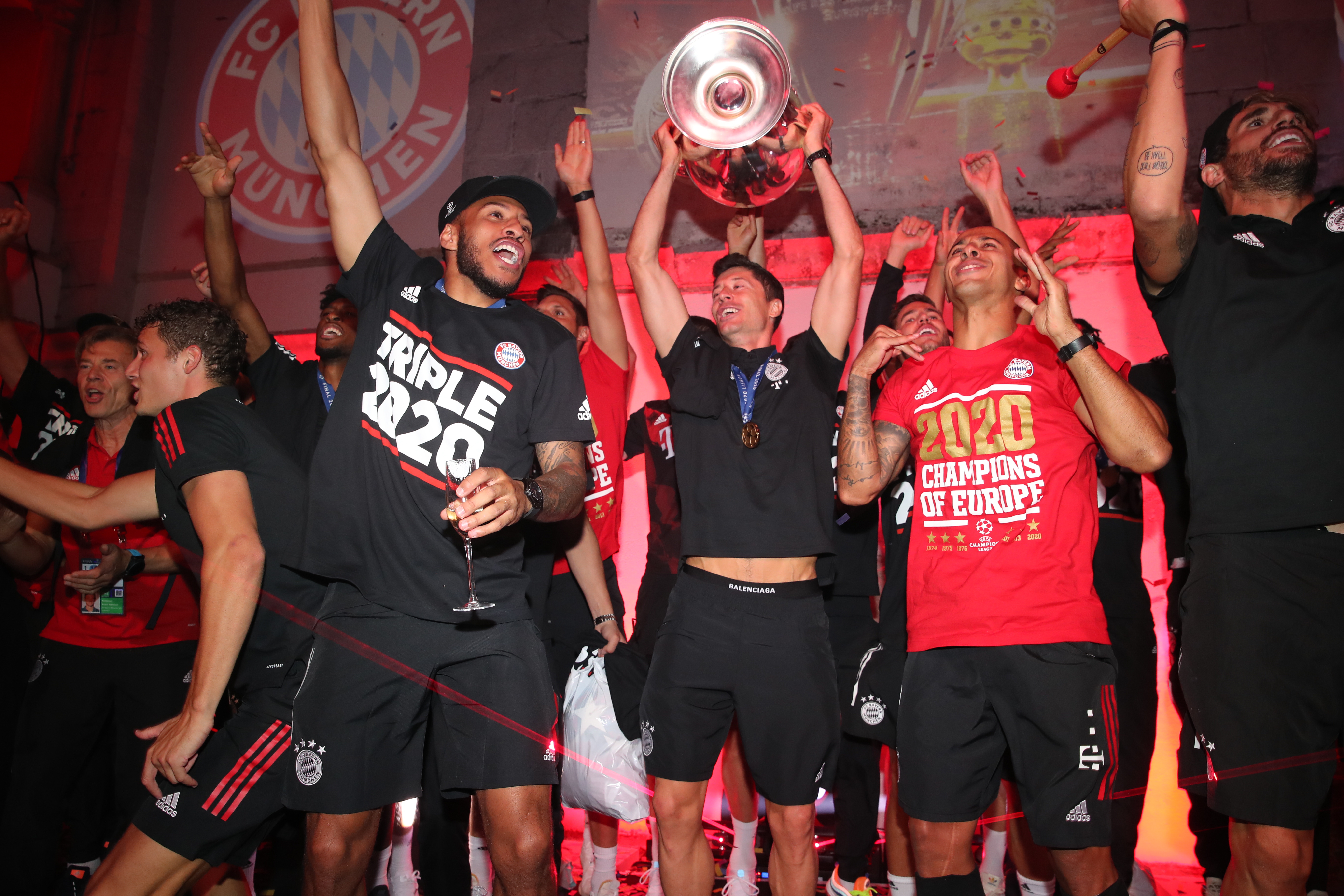 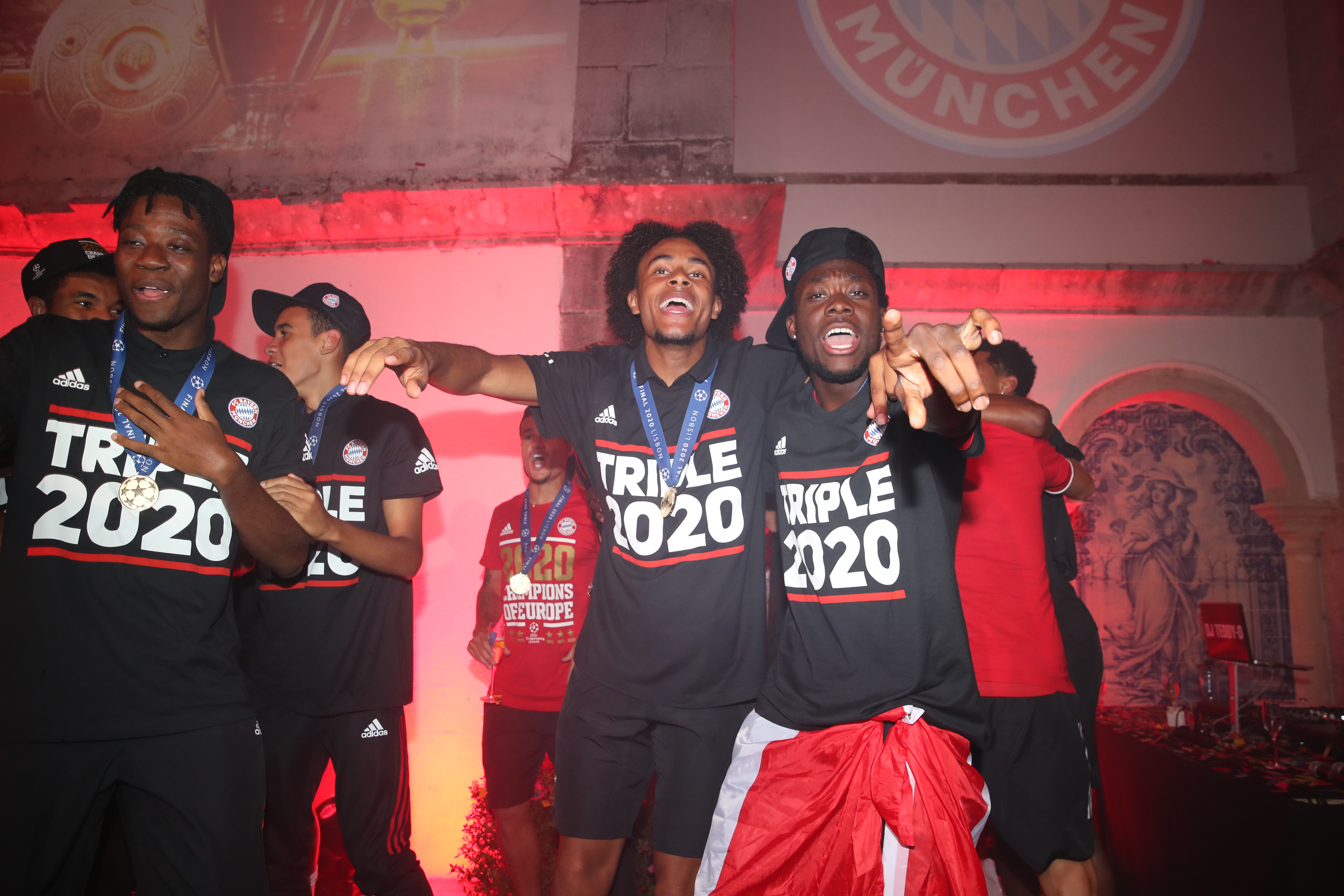 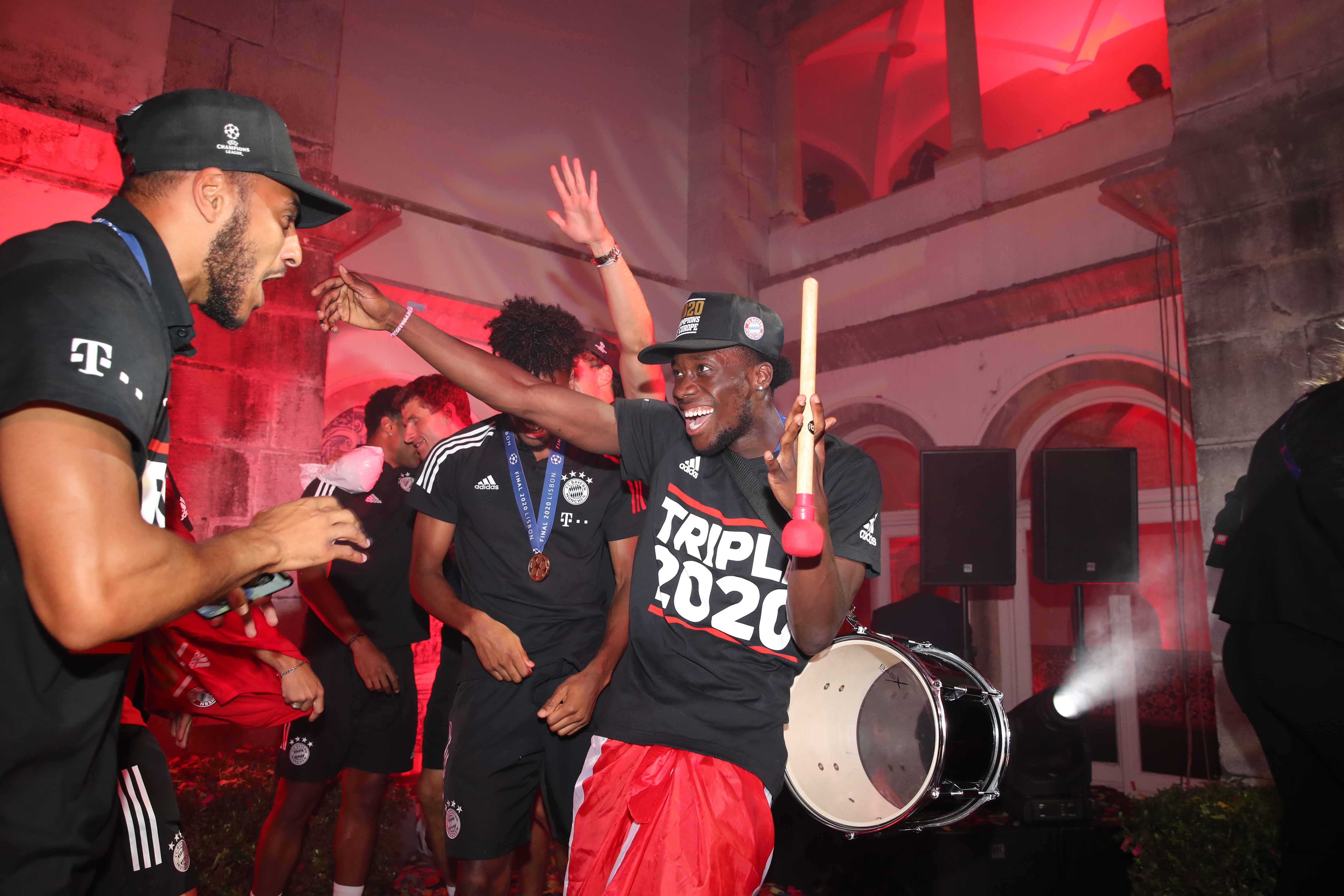 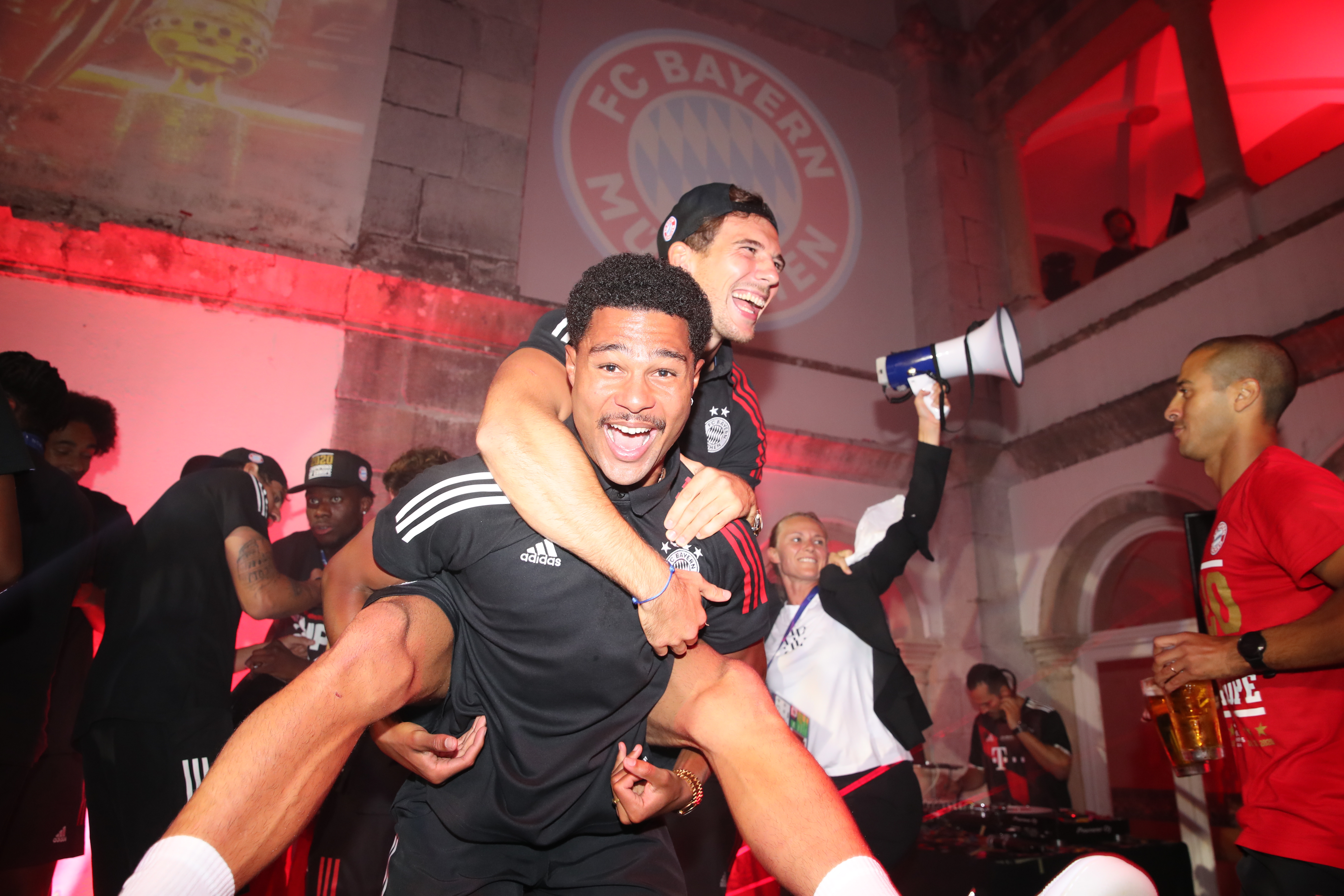