Home » Lifestyle » Instagram: how to customise your app icon on iPhone and Android

Instagram: how to customise your app icon on iPhone and Android 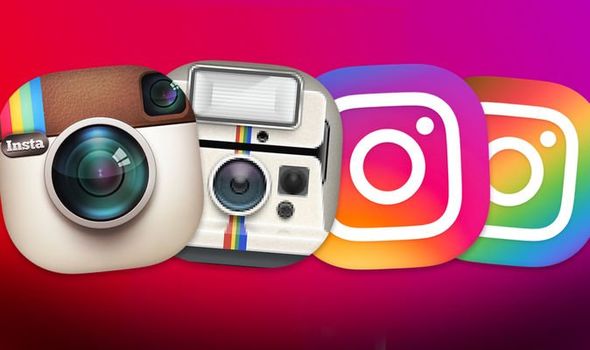 Instagram has rolled out a blockbuster new update to mark its 10th Birthday. The app is packed with some important new features, like the ability to remove offensive comments from posts before they’re flagged by employing AI to scan for hurtful language and patterns spotted in previously flagged comments, but the most interesting new addition is not one listed in the official release notes.

Yes, Instagram has bundled a crop of new app icons – and one very familiar one – into the new update. Hidden away in a secret menu (don’t worry, we’ll teach you how to find it) the Facebook-owned social network has included a number of colourful new variations of the current logo. These include a blue and pink mix (known as Twilight), an orange and yellow hue (known as Sunrise), a green and blue version (known as Aurora), and a rainbow-themed icon (known as Pride).

But that’s not all. If you’re one of the hundreds of thousands of people who were devastated four years ago when Instagram ditched the Polaroid-like camera from its iOS and Android app icon in favour for the swirl of purple and orange colours with that simple line drawing, you’re in luck.

In amongst the row of new icons available in the app as part of the “Birthday Update,” Instagram has returned the classic Polaroid-like icon. Instagram has also included the first app icon ever designed for the photo-based social network which premiered on an early beta version of the app that was never available to download worldwide. It’s a neat little insight into the history of the Instagram icon and how the design has evolved over the years.

READ NEXT
Instagram is hiding your Photoshopped photos, and this is why 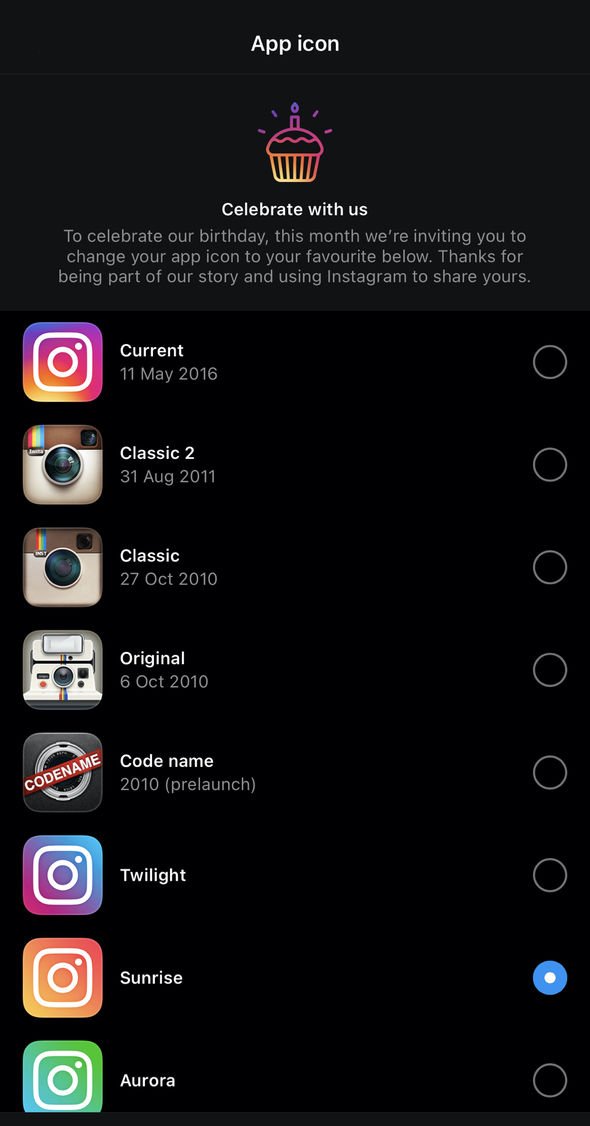 Anyone who wants to change the app icon needs to load-up the app, tap on the icon in the lower right-hand corner of the app to see your own profile, and then hit the three-lines in the top right-hand corner. This launches a new menu from the bottom of the screen.

Tap Settings (it should be at the very top of the list) and then drag from the top of the menu down to the bottom. You should start to see a number of emojis – hinting that something exciting is hidden beyond the usual menu – keep dragging until confetti explodes across the menu. Ta-da!

As soon as that has happened, Instagram will load a secret menu with all of the new icon variations.

Tap the one that takes your fancy and you’ll get a notification to confirm the icon has changed on your homescreen, or in the App Library.