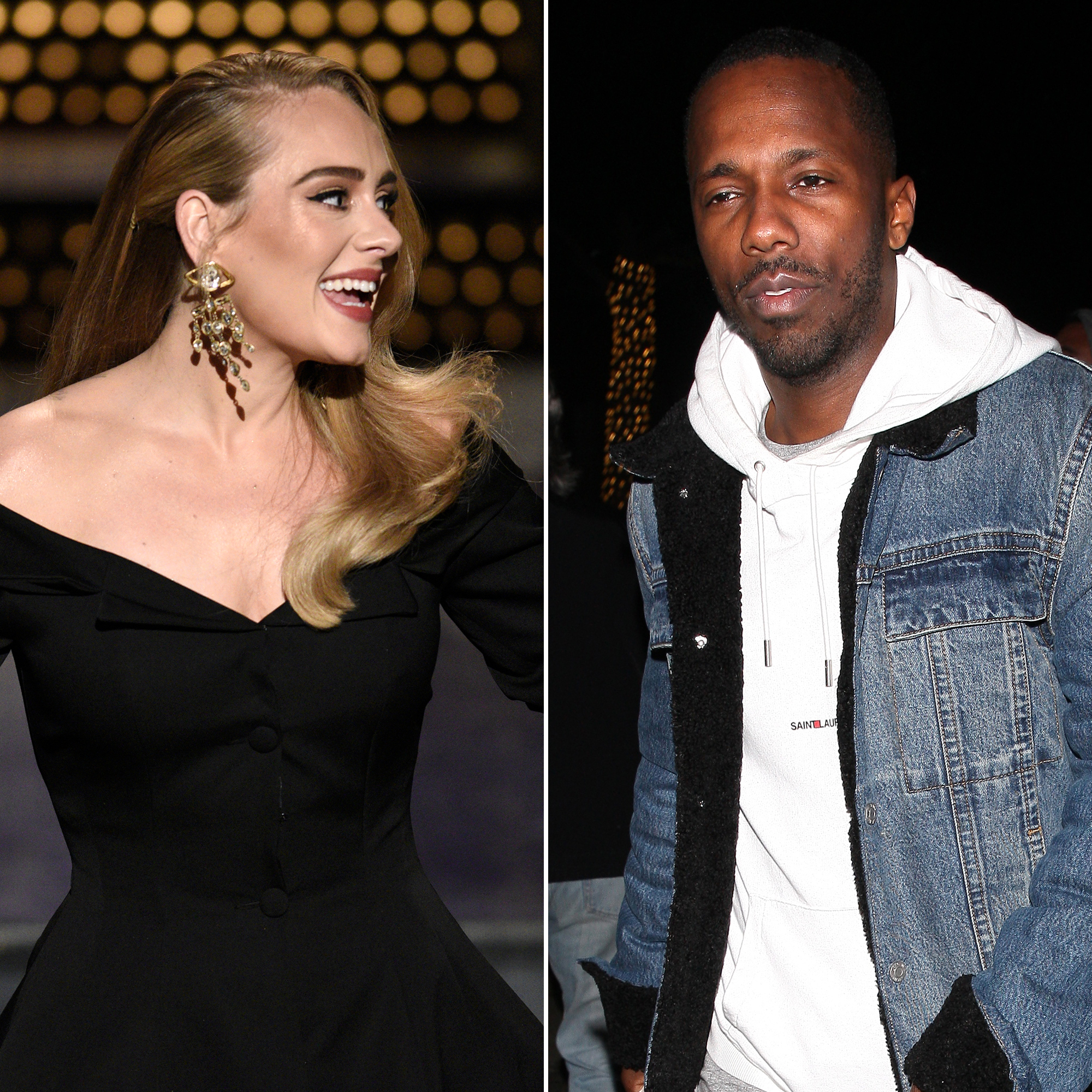 Making it official! Nearly three months after Adele was first spotted with NBA agent Rich Paul, the pair have showcased their relationship on Instagram.

The British crooner, 33, shared a trio of glam photos on Sunday, September 19, via the social media site. After two solo snaps in her black-and-white, off-the-shoulder Schiaparelli dress, she cozied up to the basketball agent, 39, in a third.

Alongside a simple red heart caption, Adele and the Ohio native were all smiles in a photo booth portrait. To match his love’s glam dress, Paul sported a white button-down and a dark, velvet jacket.

After months of dating, the pair couldn’t be happier with their relationship’s progression, a source confirmed to Us Weekly in August.

See How Adele Has Changed Through the Years

“They have traveled with each other between Los Angeles and New York,” an insider revealed at the time. “He’s very shy and keeps a low profile when they go out, whereas Adele is super sociable. The people they hang out with know them both personally already, so they don’t have to introduce each other, which is probably why nobody picked up on their relationship sooner.”

The insider noted that the England native “seems really happy” with her new beau and has been “attentive and flirty” with him.

The pair first sparked romance speculation after they were spotted together during Game 5 of the NBA finals in July. The rumored couple sat courtside as the Phoenix Suns played the Milwaukee Bucks at the Arizona stadium. In the photos, the “Someone Like You” songstress was seen chatting with Lebron James’ agent and the 36-year-old NBA player.

“She kept turning her head to talk to Rich and even though you couldn’t see her mouth because it was covered with her mask, you could tell she was smiling and laughing,” an eyewitness exclusively told Us of the pair’s athletic date night. “She had a blast watching the game. She was very attentive.”

While the source noted that it seemed as if the pair were a “new couple,” they seemed quite comfortable together, sitting closely in the stands.

“She was definitely happy chatting and just being with him at the game,” the insider added. “They would lean into each other to whisper something into their ears and she would laugh.”

Adele and Simon Konecki: The Way They Were

The Cleveland State alum seemingly hinted at the pair’s romance during a May New Yorker profile, where he noted he was seeing a “major pop star.”

“She was over yesterday,” the sports agent told the outlet, though he later claimed, “I’m not dating, I’m single. Put that in the story.”

Before her whirlwind romance with Paul, the “Water Under the Bridge” musician split from ex-husband Simon Konecki in April 2019 after two years of marriage and nine years together. The former couple — who share 8-year-old son Angelo — finalized their divorce in March.