Apple fans were expecting to see a brand-new iPhone 12 revealed last week during the firm’s yearly September launch event. However, this online showcase only focused on an updated Apple Watch Series 6, new Apple Watch SE, and a stunning upgrade to the iPad Air, which now makes it look far more like the premium iPad Pro.

Although we didn’t get to see Apple reveal its plans for the iPhone 12, we did get a pretty good hint that an incredibly controversial change rumoured to be coming to smartphone range is accurate. Rumours have been rife for months that the US technology firm was considering removing the charging cable and plug from the iPhone 12’s packaging.

That concept now seems almost certain to become a reality with the latest Apple Watch Series 6 and new Watch SE both launching without a power pack tucked inside the slim-line new packaging.

This latest wearable has just begun shipping across the world and when owners open up the fully recycled packaging all they will find is the Watch, a strap and a cable to refill the battery. 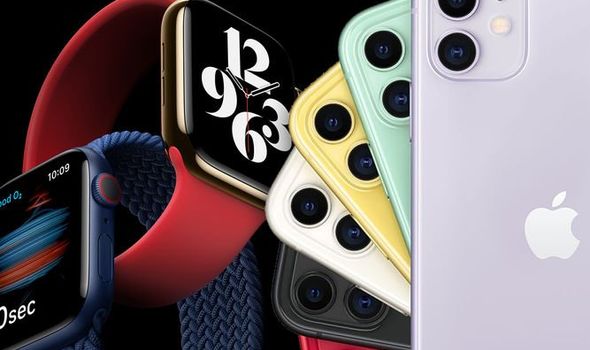 Although Apple hasn’t confirmed that the iPhone will follow the Apple Watch it now seems highly likely and the firm is making a very good case behind this controversial decision. Billions of USB plug have been produced by Apple over the years and the company is confident that users already have enough of them tucked in drawers throughout their homes.

By not adding yet another plug, it cuts down on the size of packaging needed to ship the devices in and there are fewer materials used in producing plugs that are often never used.

It’s thought that the majority of iPhone owners don’t even remove the charger and headphones from the box – sticking with the existing kit they already had from their previous model. With fewer plugs being made it should help reduce the environmental impact of these electronic devices.

Of course, some Apple fans might be miffed when they open their iPhone on launch day and find it without a plug inside …especially when they find out that Apple charges as much as £30 for its plugs.

It’s worth noting that Apple didn’t reduce the price of the Apple Watch to reflect that it doesn’t have a plug shipped in the box and there’s no sign of the firm offering any discounts for those who buy this wearable and want to add a charging accessory.

Devices shipping without power bricks is something we are all going to have to accept in the future and if Apple releases an iPhone without that famous white plug expect many other manufacturers to follow.