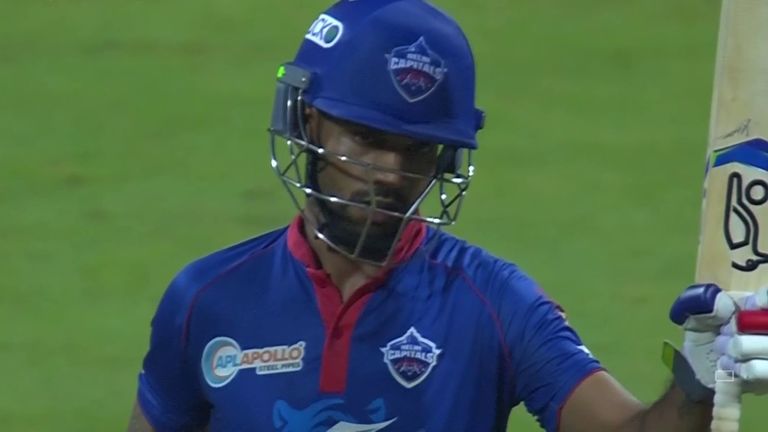 Marcus Stoinis steered Delhi Capitals home after Shikhar Dhawan scored 92 off 49 to set the tone in a six-wicket victory over Punjab Kings.

Set 196 to win after an opening stand of 122 from Mayank Agarwal (69) and KL Rahul (61) took the Kings to 195 for four, Capitals opener Dhawan survived until the 15th over of the run chase before being clean bowled by Jhye Richardson (2-41) just eight runs short of his century.

With 44 needed off the final five overs, Stoinis (27) was the man to replace Dhawan, and the Australian hit three fours and a six as the Delhi Capitals registered their second win of IPL 2021 with ten balls to spare.

Victory took the Capitals to second place in the standings, two points behind pacesetters Royal Challengers Bangalore, who beat Kolkata Knight Riders by 38 runs earlier in the day to maintain their perfect start to the tournament.

Put in to bat by the Capitals, Rahul was given an early let-off in Punjab’s innings, dropped by Steve Smith at point in the second over of the match. 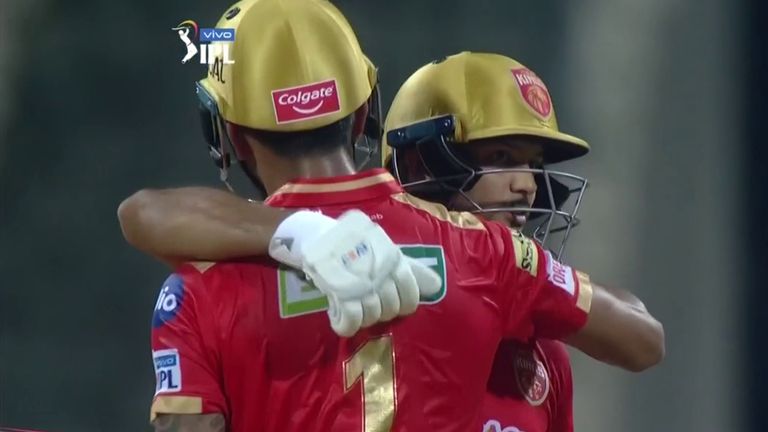 He and Agarwal raced to 50-0 from five overs, and continued at better than ten-an-over to reach 114-0 with nine overs of the first innings remaining.

However, only eight runs came from the next over and a half, and it didn’t take long for the pressure to tell as Mayank skied one deep to Dhawan.

Joined at the wicket by Chris Gayle, Rahul was dropped again on 50, this time by Stoinis at extra cover, and rubbed salt in the wound as he cracked the next delivery from Avesh Khan for six.

Stoinis did not make the same mistake when Rahul scooped one legside off Kagiso Rabada, leaving his side on 141 for two after 15.2 overs.

Deepak Hooda (22no) came in and started his innings with a six off the first delivery he faced from Rabada, and saw the innings home with Shahrukh Khan (15no) after Gayle (11) and Nicholas Pooran (9) departed late in Punjab’s innings of 195 for four.

Prithvi Shaw began the run chase with Dhawan, a 59-run opening stand ended after Shaw was foxed by an Arshdeep Singh delivery to sky a routine catch for Gayle in the deep. 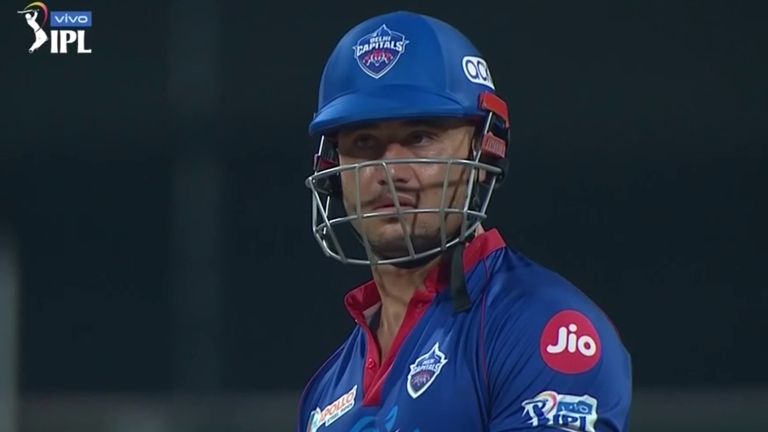 Steve Smith came in at three but mostly watched as Dhawan racked up the runs, with the Australian eventually departing for nine off 12 balls with the Capitals still needing 89 for victory.

Rishabh Pant (15) joined Dhawan at the crease and the pair put on 45 before Dhawan’s innings came to an end at the hands of a fuller one from Richardson.

Stoinis strolled in and made sure his side did not stumble late as he scored at better than a run a ball to steer his side to an important victory.

The action continues as Chennai Super Kings take on Rajasthan Royals on Monday, live on Sky Sports Cricket from 2.50pm.