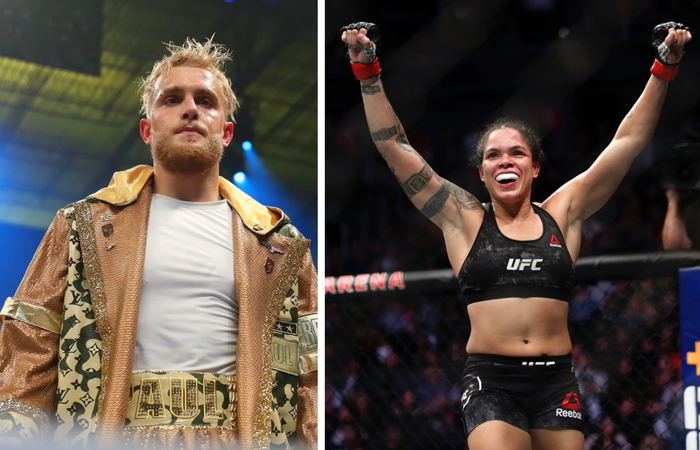 Controversial YouTuber Jake Paul side-stepped an opportunity to fight a female champion in his pursuit of a $50 million match with UFC's Conor McGregor.

Despite the trash-talking and apparent $50 million offer from Paul's team, White told TMZ Sports that there's a "zero" percent chance he'll get in the ring with McGregor.

Instead, White offered up another challenger for the YouTuber, telling TMZ he's "thinking of letting Amanda Nunes knock his a– out."

Amanda Nunes is a bantamweight and featherweight world champion who has earned an estimated $3 million across her mixed martial arts fighting career. The Washington Post reported Nunes is "regarded by many as the greatest female MMA fighter ever."

Nunes accepted the offer on Twitter, but Paul dismissed the opportunity to fight her in a response on Instagram.

"OK, Dana White, so let me try and understand your logic here. You say you don't want me to fight Conor McGregor because he's one of the greatest fighters in the world, and I'm just a YouTuber or whatever," Paul said on his Instagram story.

"But then, in a statement today, you say, 'Oh, I'm thinking about having Amanda Nunes just knock him out,' but she's also one of the greatest fighters."

Paul went on to allege that the UFC is "not doing that well" and said that the "biggest money fight" would be between him and McGregor.

Insider's Alan Dawson previously wrote that Paul is a central figure in what he calls "showbiz boxing," a hugely profitable type of boxing exhibition that draws big names like Paul.

Even if boxing fans don't appreciate a breakthrough star like Paul, Dawson writes "you'll have to get used to it because [Mike] Tyson's recent exhibition against Roy Jones Jr., in which Paul starred, is thought to have generated more than 1 million pay-per-view sales."