JAKE PAUL has hilariously compared himself to Floyd Mayweather ahead of his boxing match with Ben Askren this weekend.

Despite the fact unbeaten legend Mayweather, 44, actually fought professional boxers in his first two fights, Paul reckons his own 2-0 record against a YouTuber and a former Basketball player makes him an 'elite fighter'. 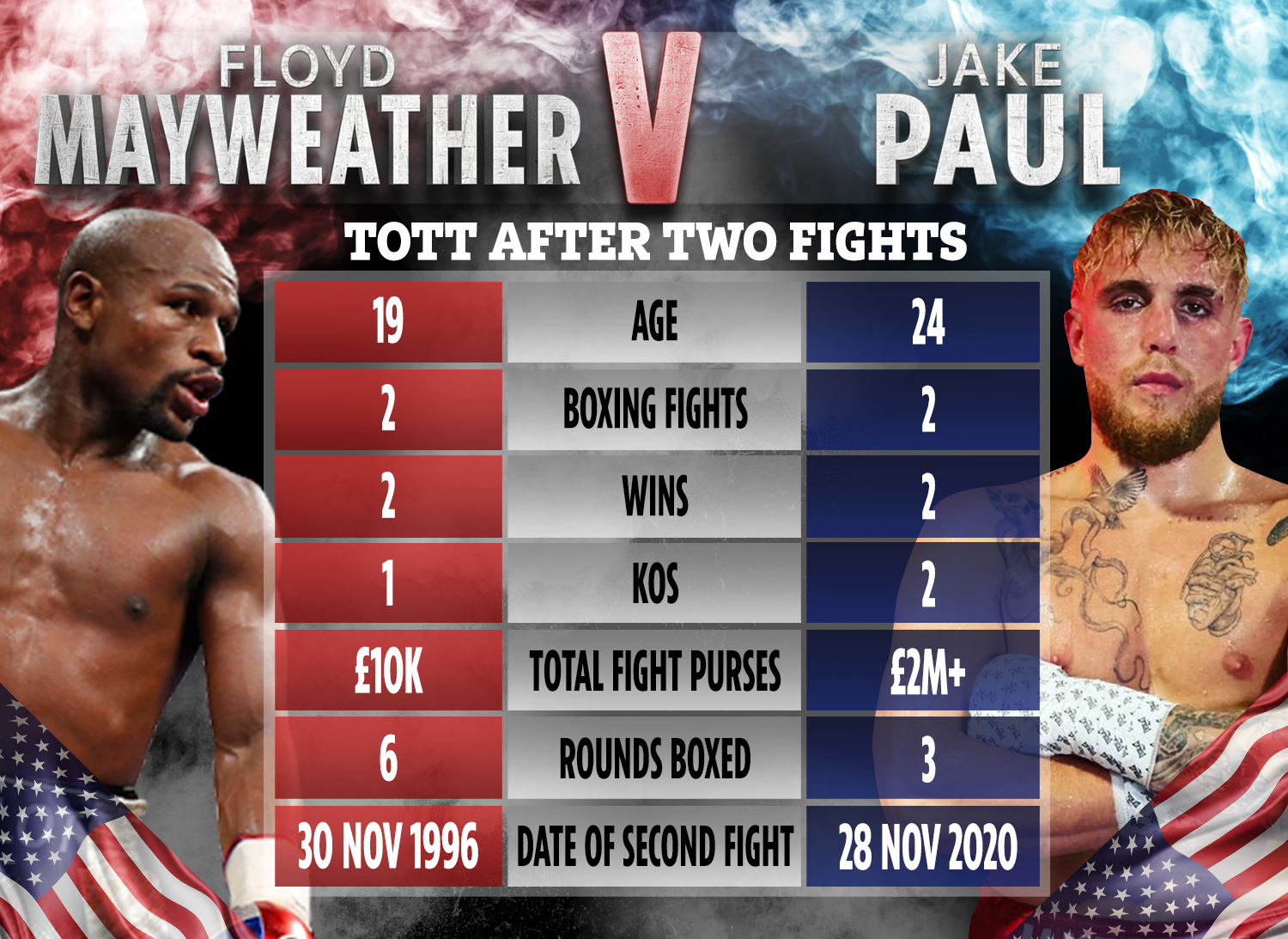 Speaking ahead of his boxing match with ex-UFC fighter Ben Askren, Paul said: "I see myself as an elite fighter right now.

"A young prospect with a lot of motivation, a lot of hunger and I think people see me as an amateur.

"There's sort of a big difference and there's a big gap in between where I'm actually at and what the general audience will think.

"But I'm excited again to show my ability again on Saturday, against Ben who is a world-class fighter.

"I'm in my third pro fight, I'm fighting eight rounds, headlining one of the biggest pay-per-views that could happen this decade.

"If you look at Floyd Mayweather, his third fight was six rounds, he got paid $7,000 and I don't think anyone in this room probably watched it."

By the same stage in his career, Mayweather had won both fights aged just 19.

His debut pro fight in November 1996 against Roberto Apodaca saw him win by TKO in the second round.

And his second win was a unanimous decision over Reggie Sanders over four rounds just 19 days later.

Mayweather – now worth hundreds of millions of pounds – earned around £10k from his first two fights while Paul has pocketed more than £2m in fight purses and PPVs.

Paul has only boxed three pro rounds compared to Mayweather's six at the same stage.

So while his early earnings far eclipsed Mayweather's, that is about where the comparison ends.

And despite his high opinion of himself and his talents, it is fairly safe to sayPaul's stats are unlikely to stack up with Mayweather's when he is 44 as 'Money' is one of the greatest of all time. 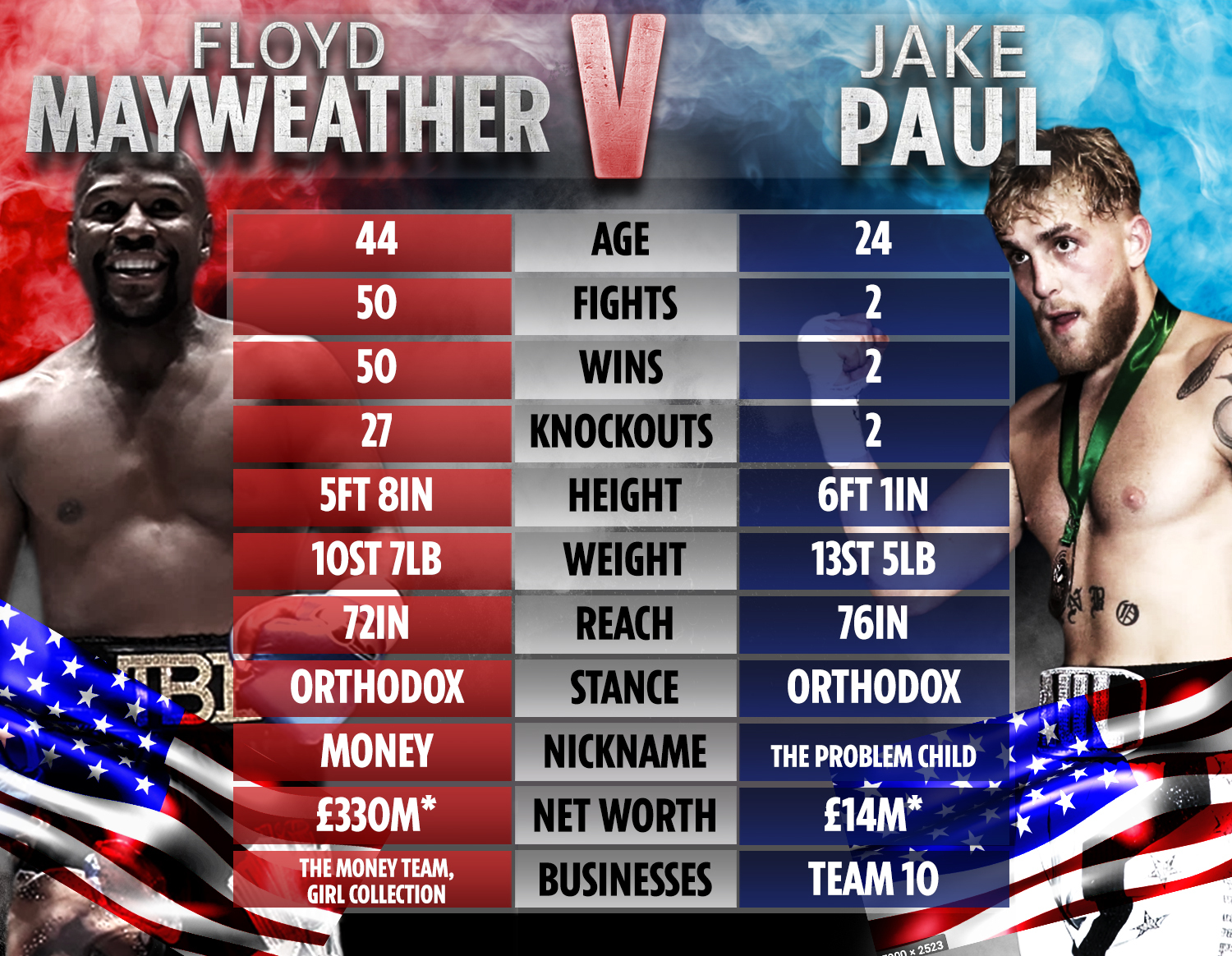