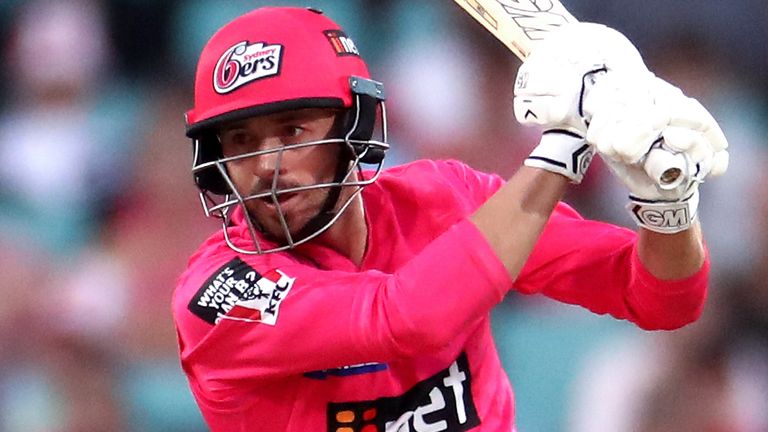 James Vince had the last laugh over Andrew Tye as the England batsman’s 95 off 60 balls helped Sydney Sixers to a second straight Big Bash League title after a 27-run win over Perth Scorchers in the final.

​​​​​There was an air of ill-feeling between the pair following their most recent meeting in a play-off game a week ago, with Tye sending down a leg-side wide which gave the Sixers victory but left Vince stranded on 98 not out.

The delivery – which Perth Scorchers captain Ashton Turner insisted at the time would not have been intentional – denied Vince the chance to complete a first BBL century of his career.

However, he came out on top in their rivalry on Saturday, albeit that he once again missed out on three figures when he was caught at backward point, having been dropped in that spot a ball earlier on 92. Vince nailed 10 fours and three sixes in a superb 60-ball innings at the Sydney Cricket Ground, which ensured he finished second in the tournament run-scoring charts – the Hampshire man’s tally of 537 behind only fellow Englishman Alex Hales’ 543 for Sydney Thunder.

Vince’s knock took Sixers to 188-6 – Dan Christian the team’s next highest scorer with 20 – and Scorchers could only make 161-9 in reply.

Perth were without Jason Roy due to an ankle injury but fellow England international Liam Livingstone impressed with 45 from 35 deliveries at the top of the order, the Lancashire player hitting three fours and two sixes.

Scorchers, though, struggled in the middle overs and came up short in their bid for a fourth Big Bash title, with Sixers instead winning the tournament for a third time.

Sixers and Scorchers have now won six of the 10 editions of the Big Bash between them, with Thunder, Brisbane Heat, Adelaide Strikers and Melbourne Renegades one-time champions.