The young Bowen cheered on the Bulls in League One and Two and played for them in the National League aged 17. 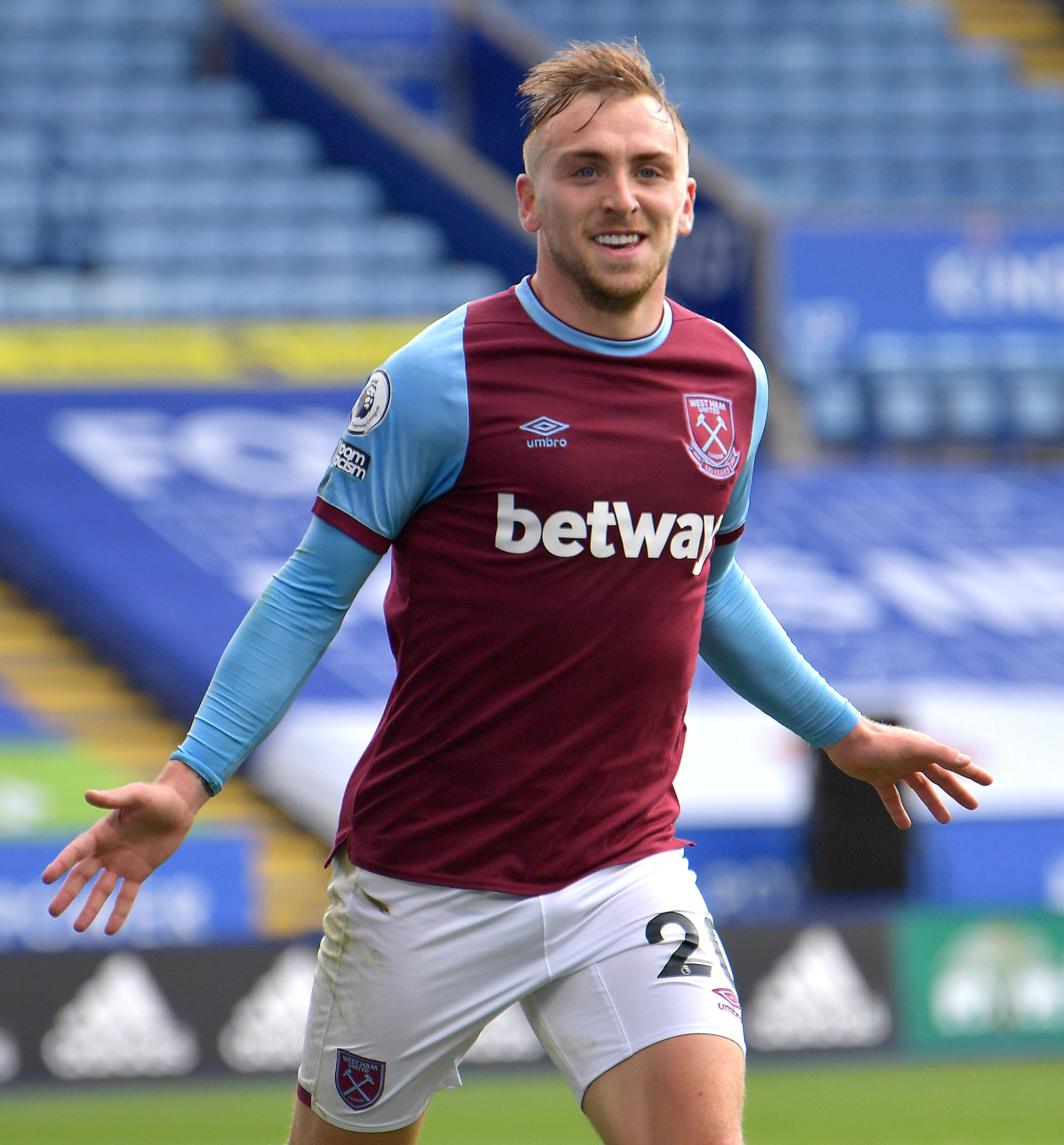 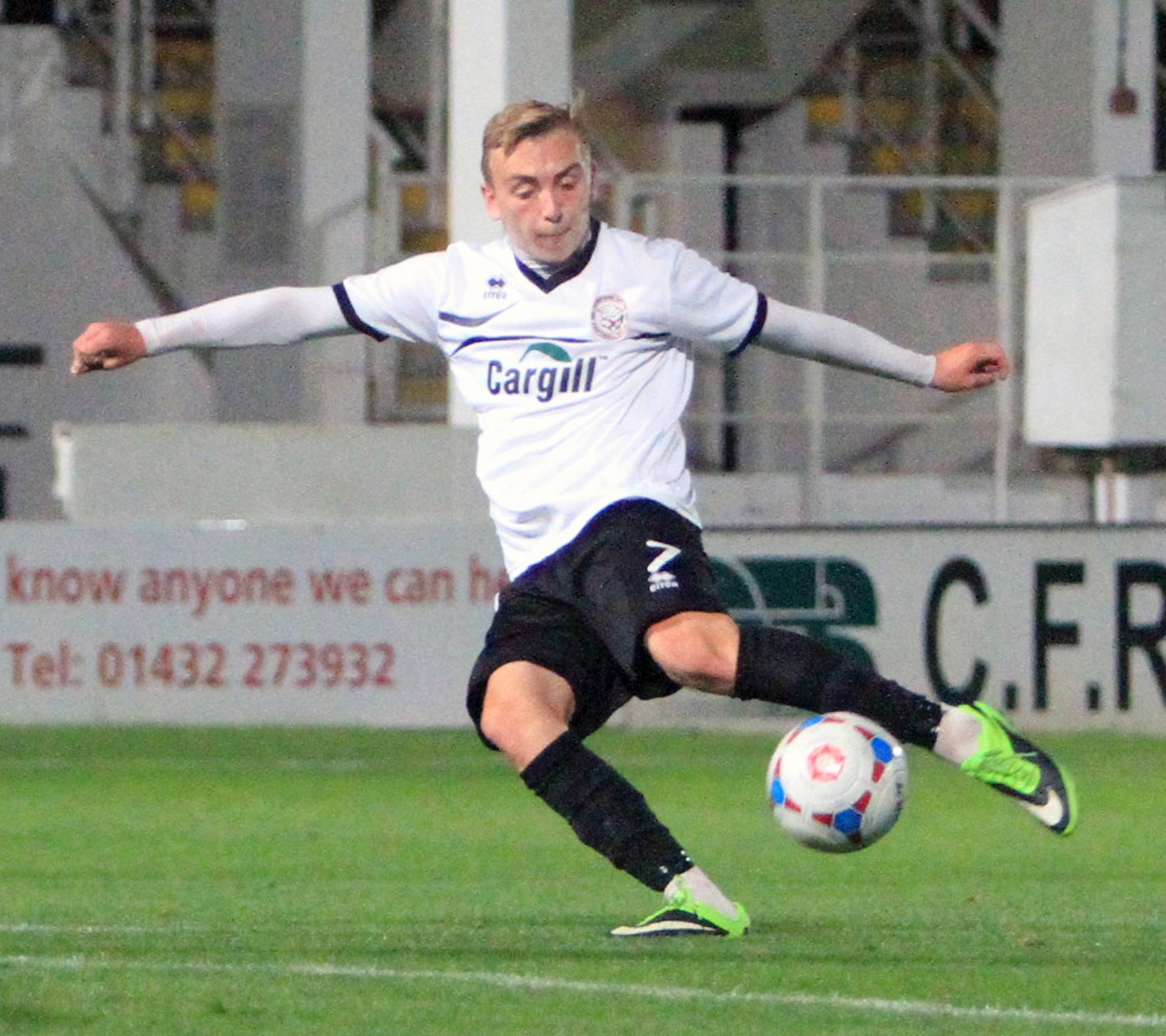 And he was devastated when the 90-year-old club that gave him his fondest childhood football memories — and his senior debut — was wound up in the High Court six years ago.

In the past year two-time FA Cup winners Bury have been kicked out of the EFL and Macclesfield went bust last month after 146 years.

And Bowen, 23, believes it is vital other clubs do not suffer the same fate as English football faces its biggest crisis. Without them, the likes of Bowen might never have made it.

The West Ham winger told SunSport: “It was a grim time. It wasn’t nice to see, especially as it was my home-town team.

“And I’m sure it’s the same feeling for Bury and Macclesfield fans.

“They weren’t massive clubs but had strong connections with their towns and had many loyal fans who were die-hards. It’s hard to accept.”

Bowen became an Edgar Street regular aged 12 but remembers watching them even younger.

At ten, he went to cheer the Bulls with his Leominster Minors team-mates. The moment was captured by club photographer Stephen Niblett in December 2006 when the club were in League Two. 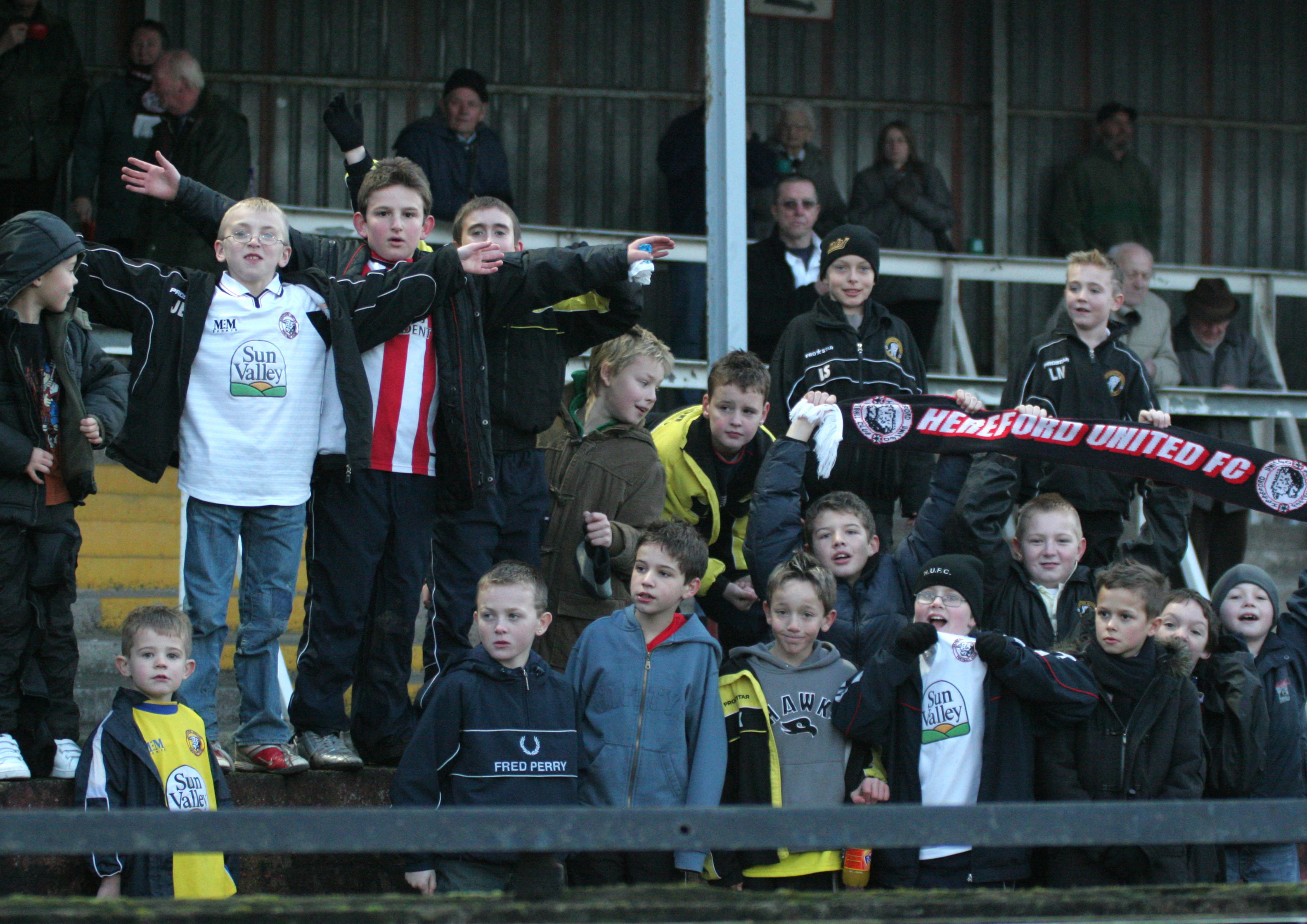 Bowen — wearing a pair of glasses — is on the Meadow End terrace clad in the Hereford home shirt with his arms aloft.

The Hammers ace said: “From high-school age, there were a few of us that would go after school on a Tuesday when it was £1 to get in.

“There was a guy that was older who took us over.

“We’d go because where we were from, Hereford was the main attraction. They were our local team and being on the terraces at a young age isn’t as daunting as going to a big stadium. Edgar Street only holds 5,000.

“There was that enjoyment of watching the game with your mates, standing on the terraces. That’s what it’s like in the lower divisions.”

It has been warned EFL clubs could start going bust around Christmas if there is no financial bailout from the Premier League or Government — or fans are not allowed to return in some capacity.

And Bowen said: “Everyone wants the smaller clubs to stay in business. Lower-league football provides massive enjoyment for the population of England.

“Even an FA Cup game, when you get the giantkilling teams hosting Premier League clubs at their stadiums, that gives a proper buzz for those fans.” 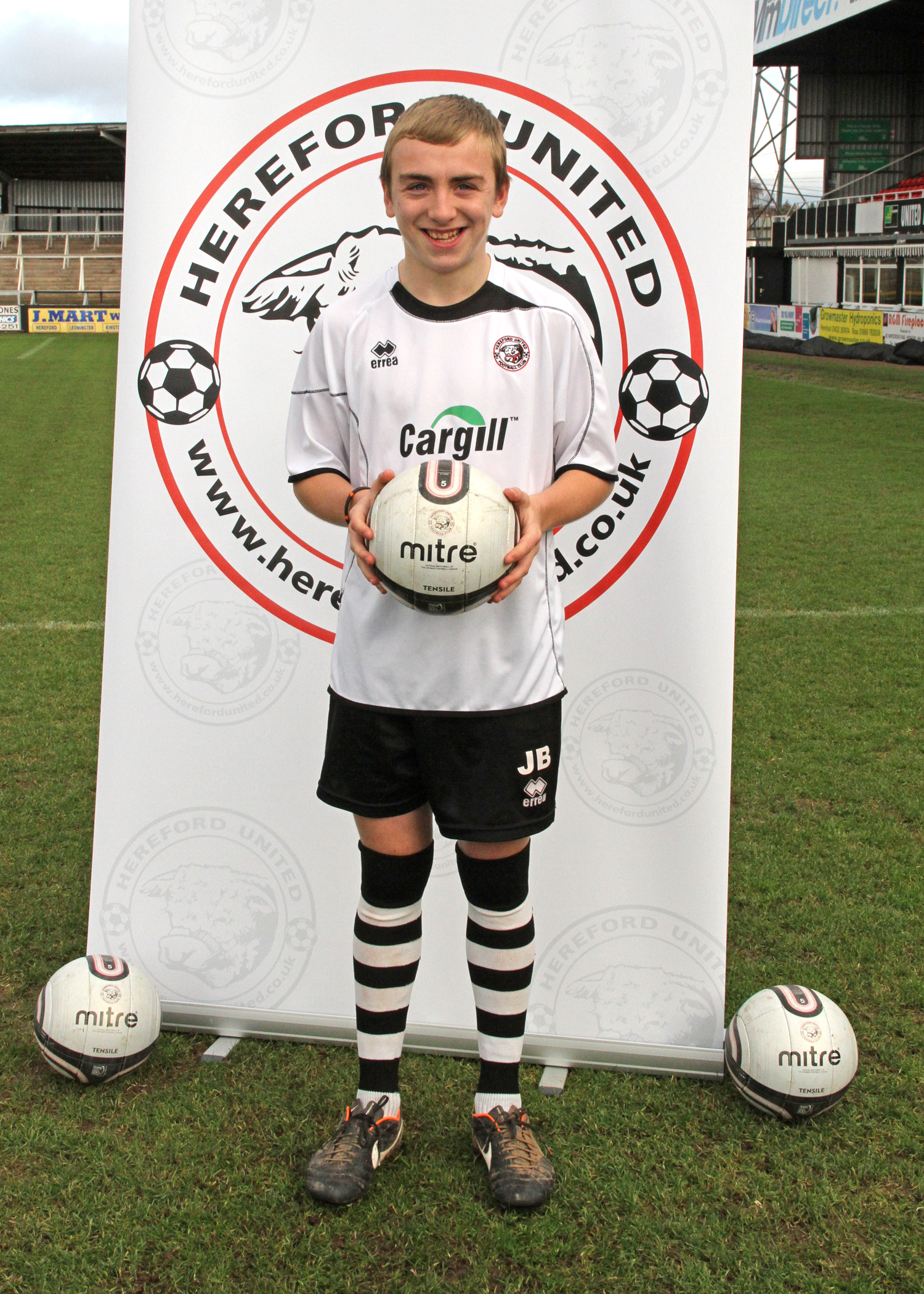 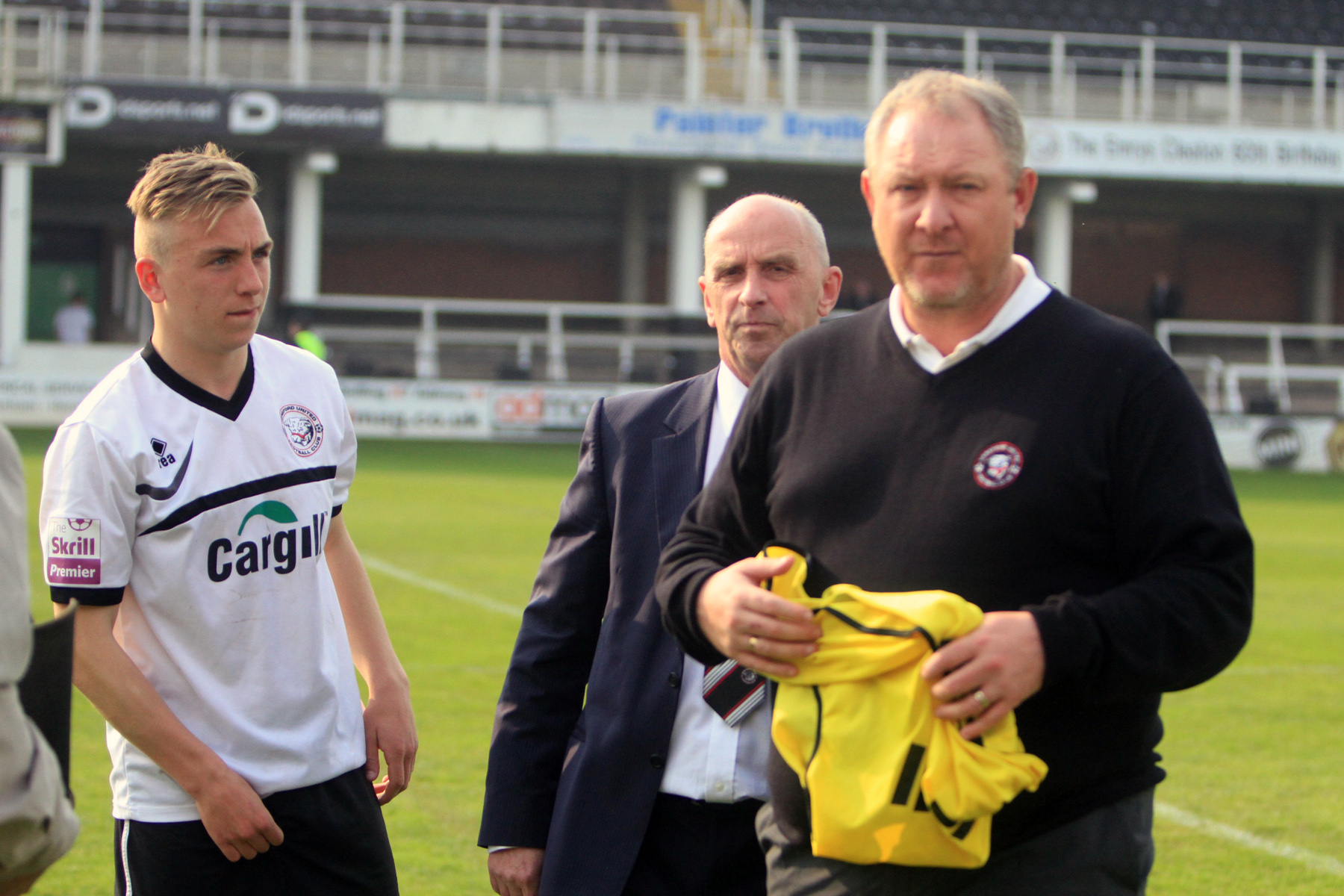 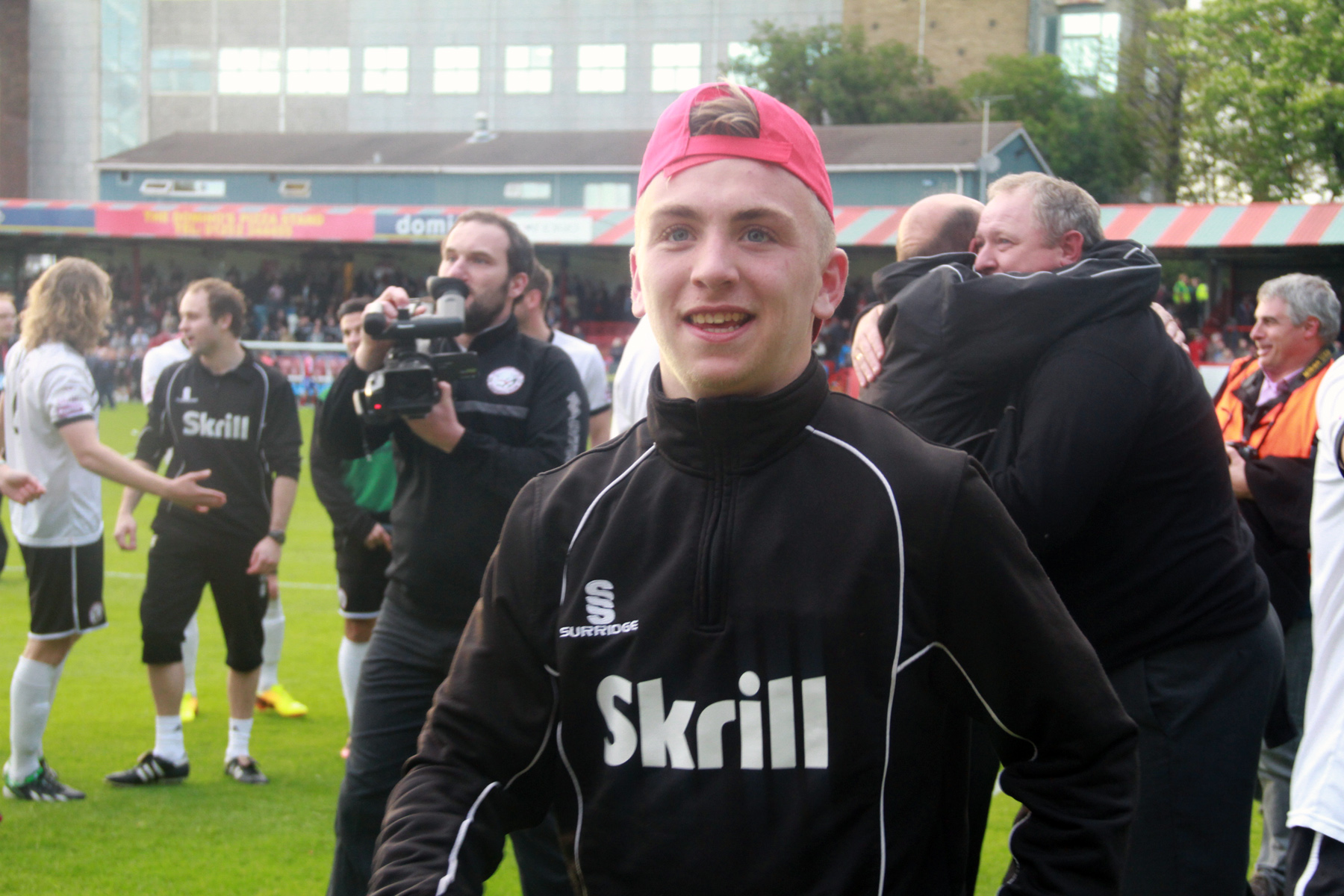 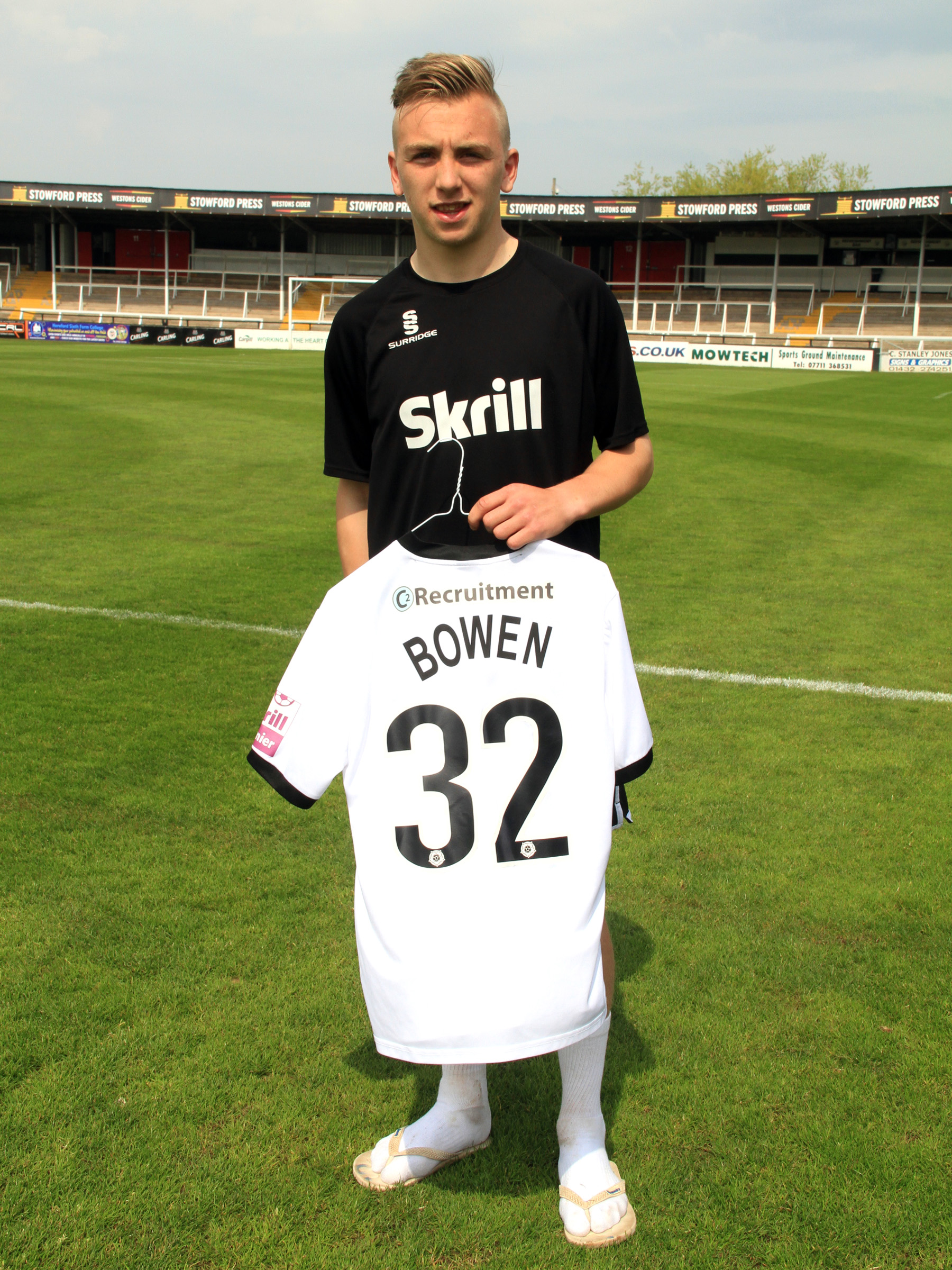 Bowen, after an unsuccessful trial with Cardiff, joined the Bulls and made his senior debut in the National League against Barnet aged 17.

He can relate to how lower-league footballers and staff are worried about losing their livelihoods — as he was in a Hereford squad who did not get paid for six months before the club went to the wall.

Bowen said: “I was lucky because I was living at home and travelling to Hereford from my parents’ house.

“My only outgoing was a £30 train fare for the week to take me the 15-mile distance.

“I didn’t have anything to pay for but there were older lads who relied on that money, had kids, a mortgage — and they weren’t getting paid.”

It proved to be the final season of Hereford’s history — one that famously included Ronnie Radford’s wonder strike in their giantkilling of Newcastle in the 1972 FA Cup.

After Bowen featured in their last game of the 2013-14 season — a 2-1 win at Aldershot — the club were expelled from the National League and wound up in December 2014.

And he said: “Every one of the lads — and the fans, including me — was in freeze mode. We couldn’t believe what had happened.

“We had been playing in League One only a few seasons earlier against the likes of Leeds and Leicester.

“So we went from being an established EFL side to staying up on the last day of the season in the National League but then being expelled and liquidated.”

And Bowen, who keenly follows their exploits, said: “They managed to keep the stadium and are on the rise. Hopefully we’ll see them back as an established Football League team once again.”

Bowen will always be indebted to Hereford and ex-manager Pete Beadle and assistant Steve Jenkins, who gave him his break.

He said: “It was the best thing I was involved in. The Premier League clubs have the youth set-ups but me being at a young age in National League football with fully grown men, some of whom had made hundreds of Football League appearances, matured me.

“I had a better understanding and felt a lot more at ease in that environment than being surrounded by youth-level footballers.

“When you’re in and around that old-school, non-league, head-it, kick-it football, you’ve got to be tough. 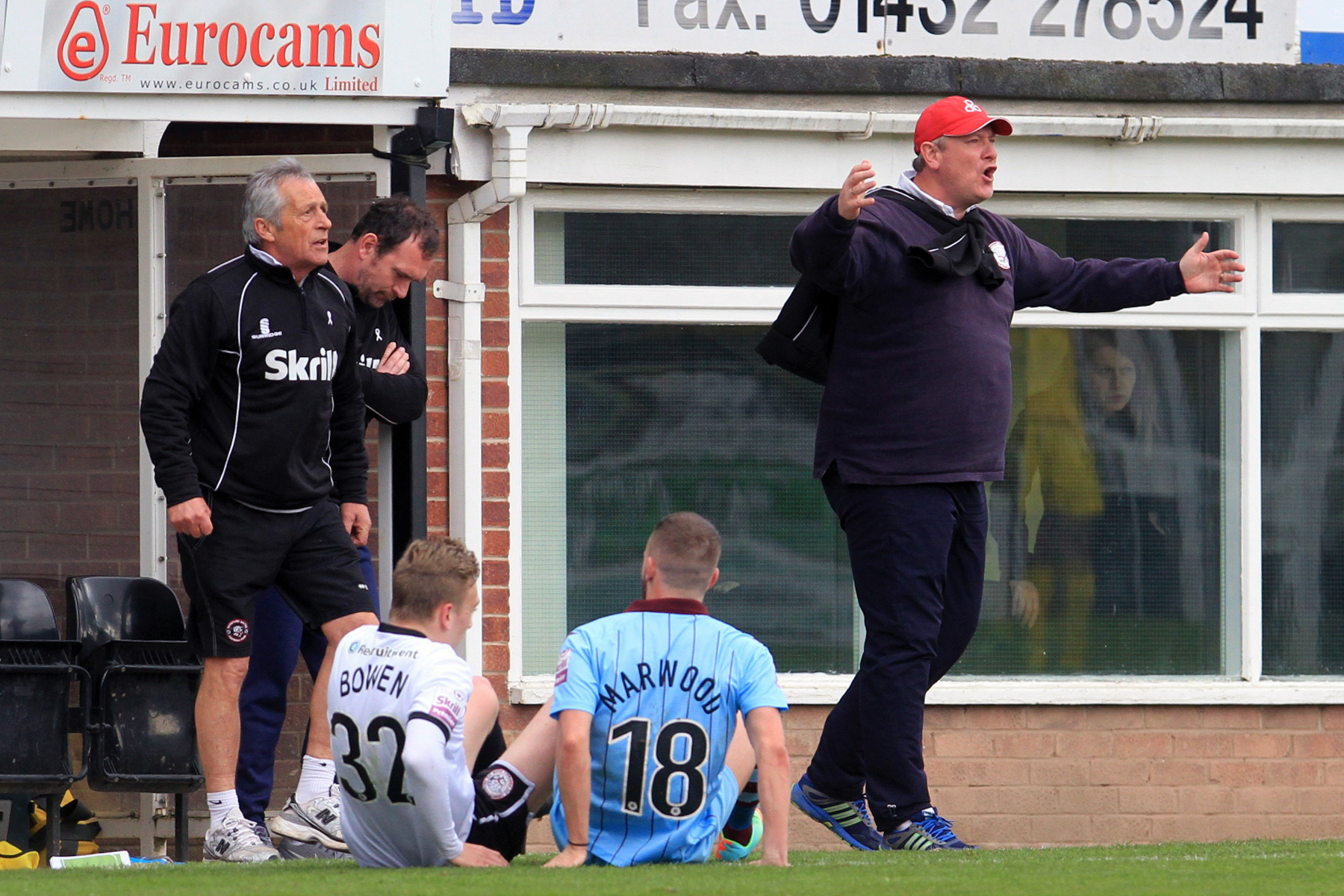 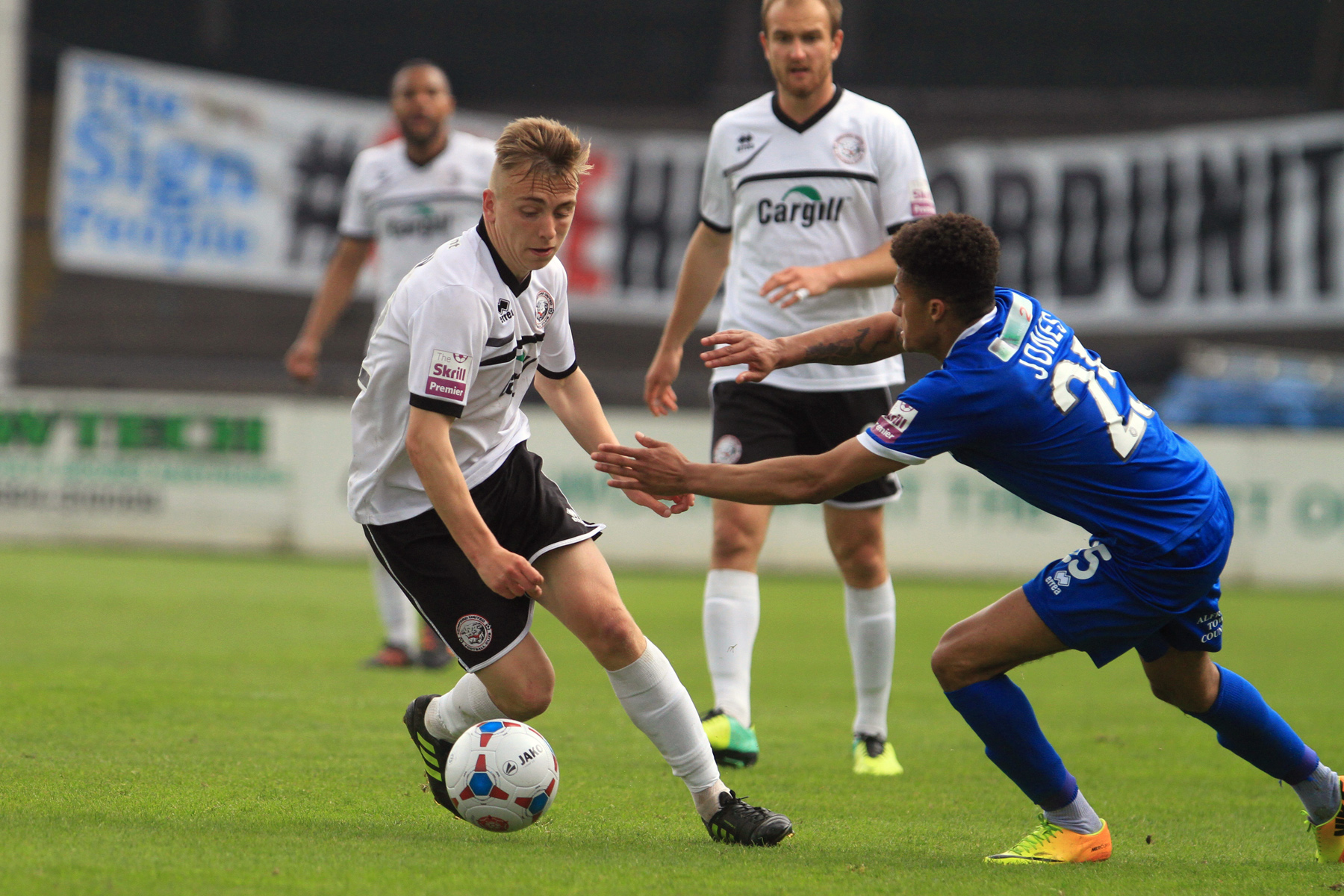 “Having that experience definitely helped me when I made the transition to Hull.”

Bowen spent five years at the KCOM Stadium and was a regular in the team for two-and-a-half seasons — scoring a staggering 52 goals in 112 league starts as a winger.

And he said: “When we got into the Premier League, I wanted to go on loan to get game time for my development but they wanted me to stay.

“That was frustrating on one hand but, on the other, training with Premier League players who had massive experience and were internationals helped me.

“When we got relegated I had two-and-a-half seasons playing in the Championship and loved every minute of it, playing games — that’s exactly what I needed.”

Bowen, now at West Ham after his £22million January move, is on fire. He has netted three in the last two games — a 4-0 win against Wolves followed by a shock 3-0 victory at Leicester.

He said: “I scored a few in pre-season, giving me confidence. In the Arsenal game I had a few shots blocked then got my first brace against Wolves and scored in the Leicester game. 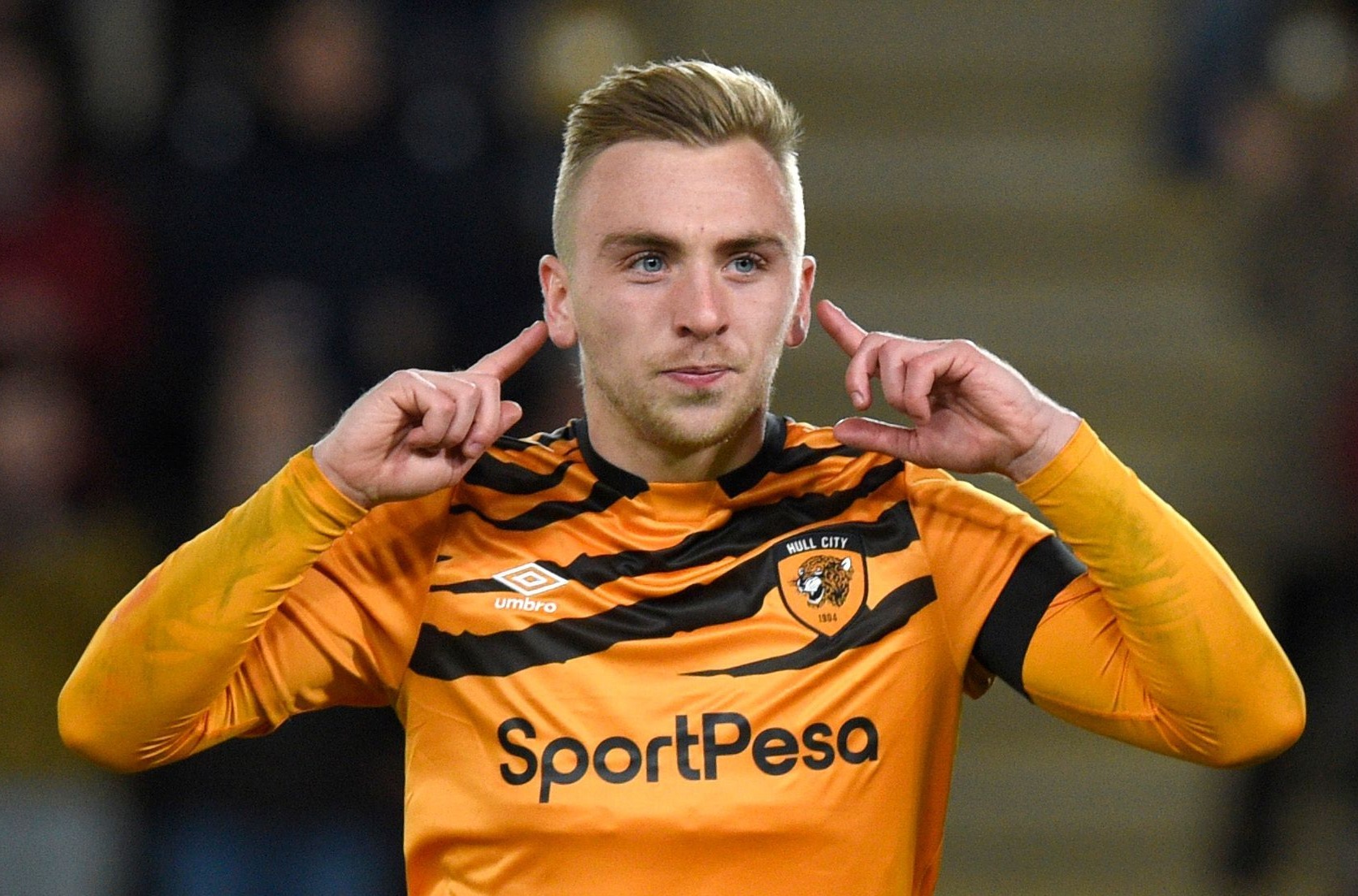 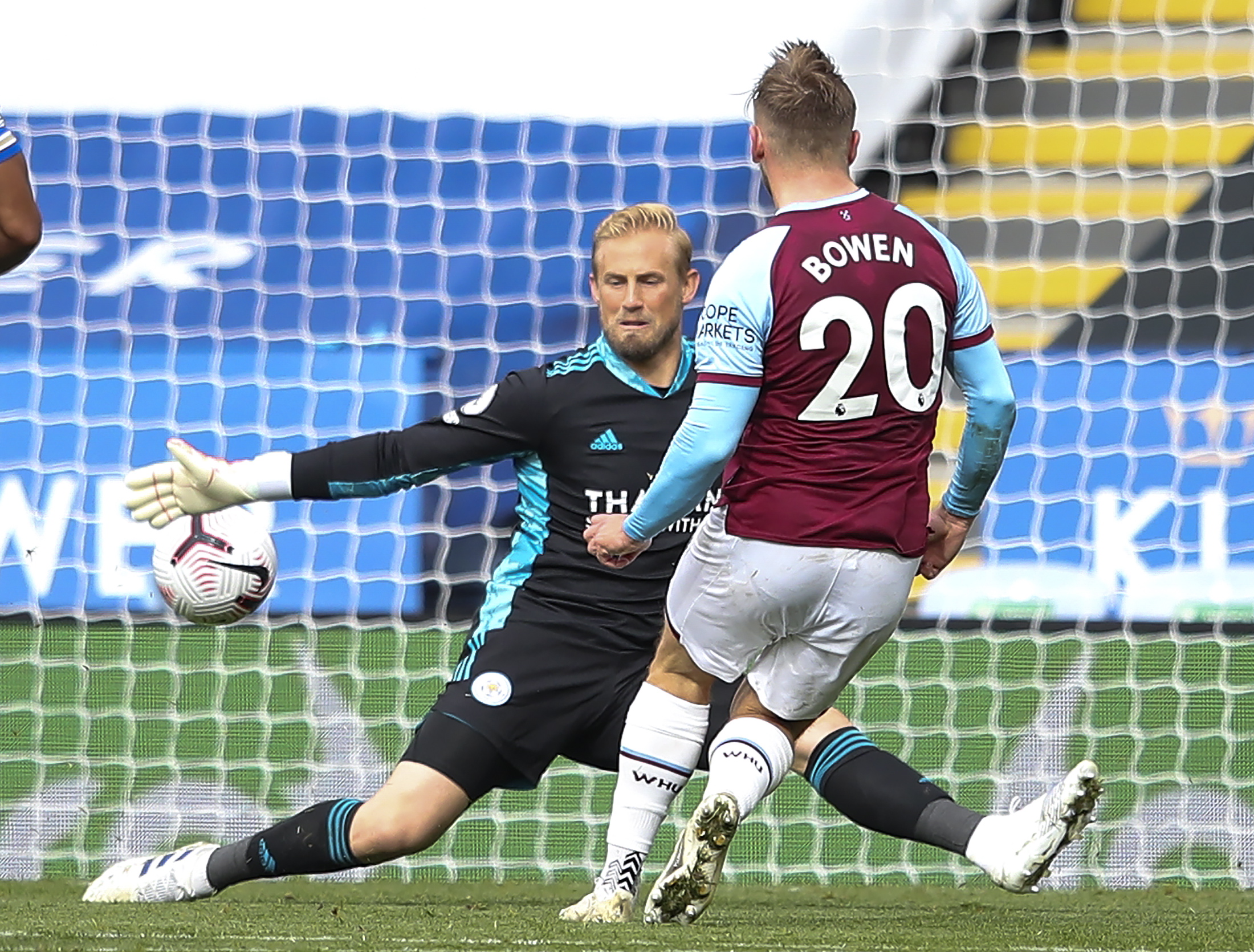