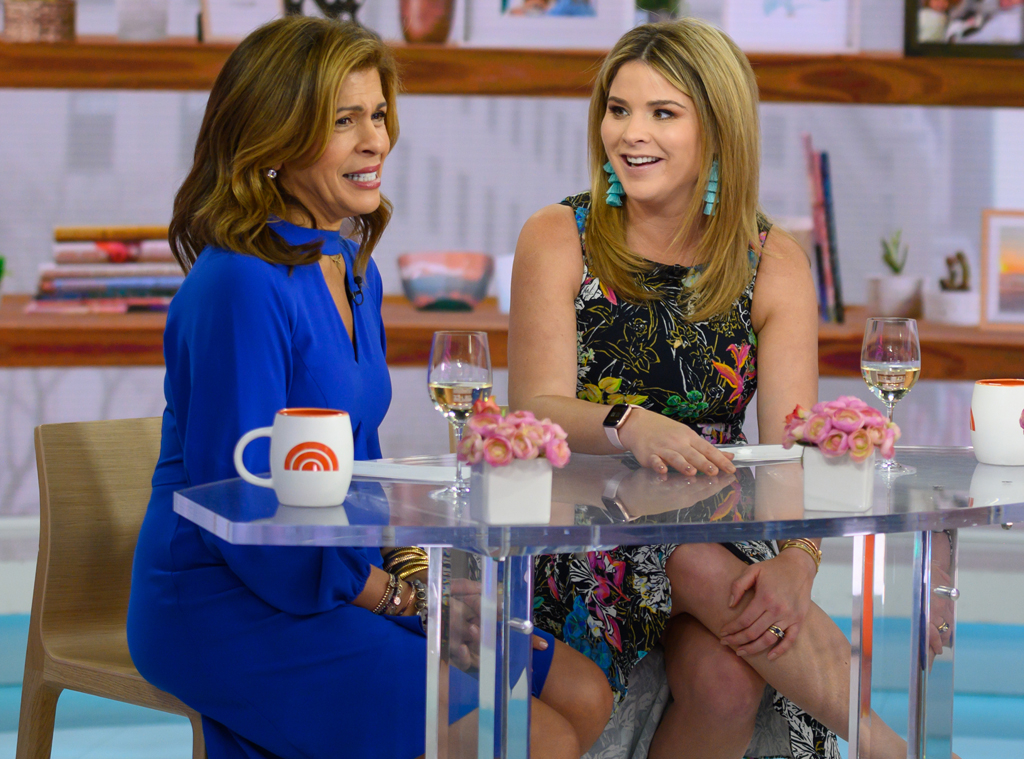 This morning, the former first daughter turned Today With Hoda & Jenna co-host caught up with In the Room‘s Jason Kennedy over Instagram Live. During their visit, the TV personality opened up about her newfound appreciation for “simplicity” amid this pandemic.

“But I think that’s one of the beautiful things about this time, even though it’s a time of great hardship for so many, is that simplicity, going back to the way I think probably both of us were raised, which is eating every dinner with our family, sitting at the table and laughing, playing games,” Bush Hager reflected. “Realizing that things like hair highlights don’t matter.”

As the 38-year-old mother of three revealed she now has some grey hairs, she noted that wise words from her late grandmother has helped her cope. Apparently, the former First Lady of the United States never cared too much about her grey hair.

“My grandma went grey at such a young age and she always made jokes that my dad [former President George W. Bush] turned her grey,” the Today star shared. “But also, she said that anybody that worried too much about their hair were kinda boring. And I’m like, ‘You know what? She’s right!’ My hair’s gone to this, but whatever, you know?”

Thankfully, Bush Hager’s husband Henry Hager and kids have helped with touch-ups here and there.

Understandably, Bush Hager’s been thinking about her grandmother quite a bit during this time as the second anniversary of her death was on Friday, Apr. 17.

“I’m sure a lot of people that have lost people they love wonder what they would be like in this time,” she added.

@jennabhager tells @thejasonkennedy what she’s learning about herself during these times. #InTheRoom #workfromhome

In addition to her grandmother’s wise words, Bush Hager credited mom Laura Bush for being an example of calm during trying times.

“[My dad] said the best thing he did, the best decision he ever made was marrying her, because she didn’t complain, and it was hard. And she also gave him good advice and was a different temperament than him, so she calmed him down,” she said regarding the 73-year-old former First Lady. “And also, he knew that…he could take care of the country knowing that our mom was making sure that we were ok.”

Although Bush Hager admitted to being more like her father and grandmother, she stated that she tries to channel Laura’s “calmness.”

For more of Bush Hager’s chat with Kennedy, be sure to catch their full interview on Instagram HERE.

For the latest updates on the coronavirus pandemic and for tips on how to prevent the spread of COVID-19, please visit The Center for Disease Control and Prevention at https://www.cdc.gov.