Home » Lifestyle » Jerry Stiller, Star Of “Seinfeld” And “The King Of Queens,” Has Died At 92

Jerry Stiller, Star Of “Seinfeld” And “The King Of Queens,” Has Died At 92 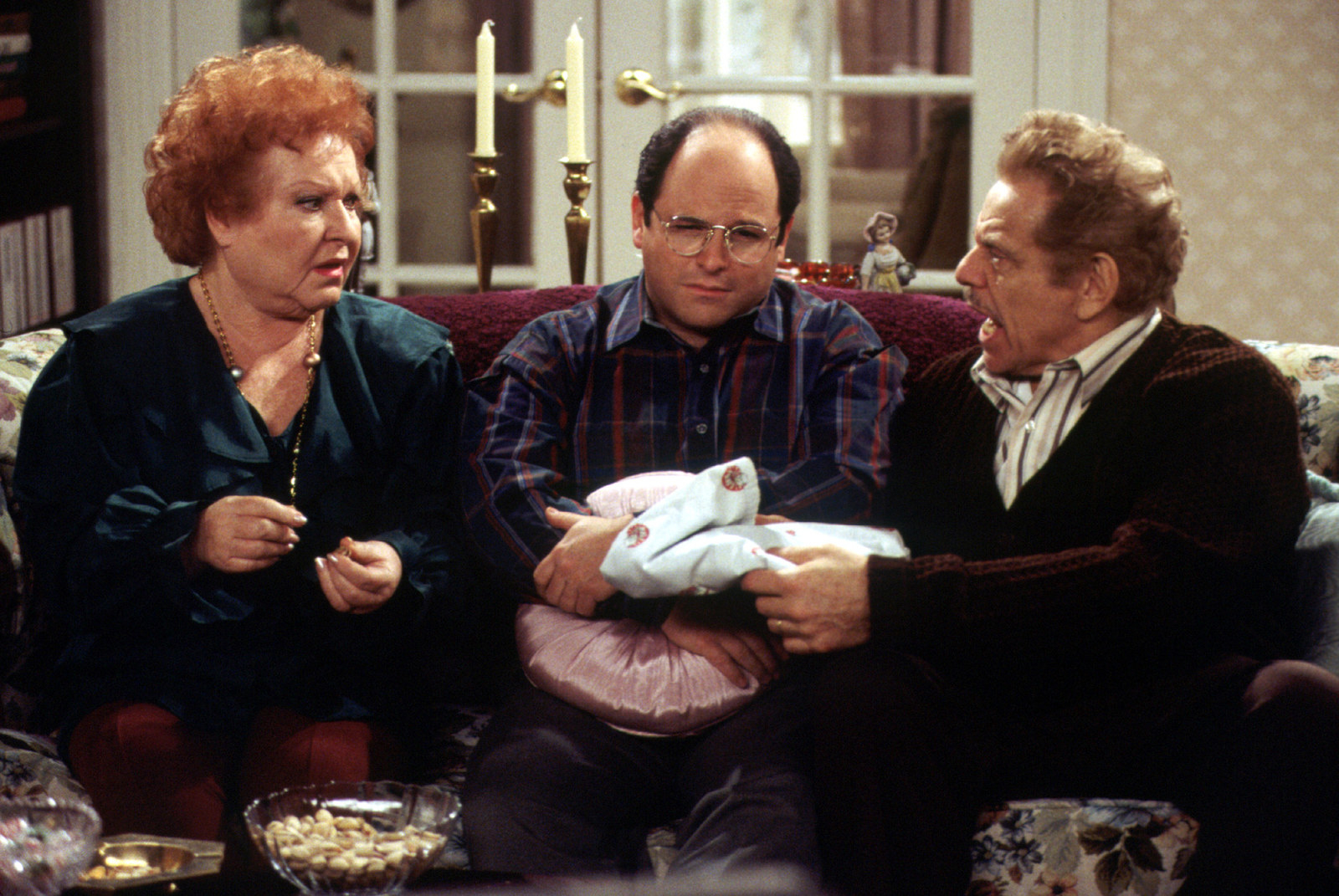 Jerry Stiller — the father of a famous comedy family who was best known for his roles as the cantankerous Frank Costanza on Seinfeld and the eccentric father-in-law Arthur Spooner on The King of Queens — has died. He was 92.

“I’m sad to say that my father, Jerry Stiller, passed away from natural causes,” son Ben Stiller tweeted early Monday. “He was a great dad and grandfather, and the most dedicated husband to Anne for about 62 years. He will be greatly missed. Love you Dad.”

Married for 61 years to his comedy partner Anne Meara until her death in 2015, the couple’s children, Amy and Ben, also went into the entertainment business. The parents routinely made appearances in their son’s films, including Jerry Stiller’s turns in the Zoolander movies.

While Stiller and Meara appeared on The Ed Sullivan Show dozens of times in the 1960s and ’70s, it wasn’t until their senior years that their careers experienced a renaissance and the pair achieved international fame — she as Miranda’s beer-swilling mother-in-law on Sex and the City, and he on Seinfeld and The King of Queens (on which Meara also appeared). A native New Yorker, Stiller suddenly found himself being stopped on the streets by fans asking about Frank Costanza’s made-up holiday, Festivus, or quoting him screaming “Serenity now!”

“When [career opportunities] pop up again, you’re grateful,” Stiller told the Los Angeles Times in 1994 after he began his Emmy-nominated turn on Seinfeld. “Because more than anything, the desire to be an actor never goes away.” 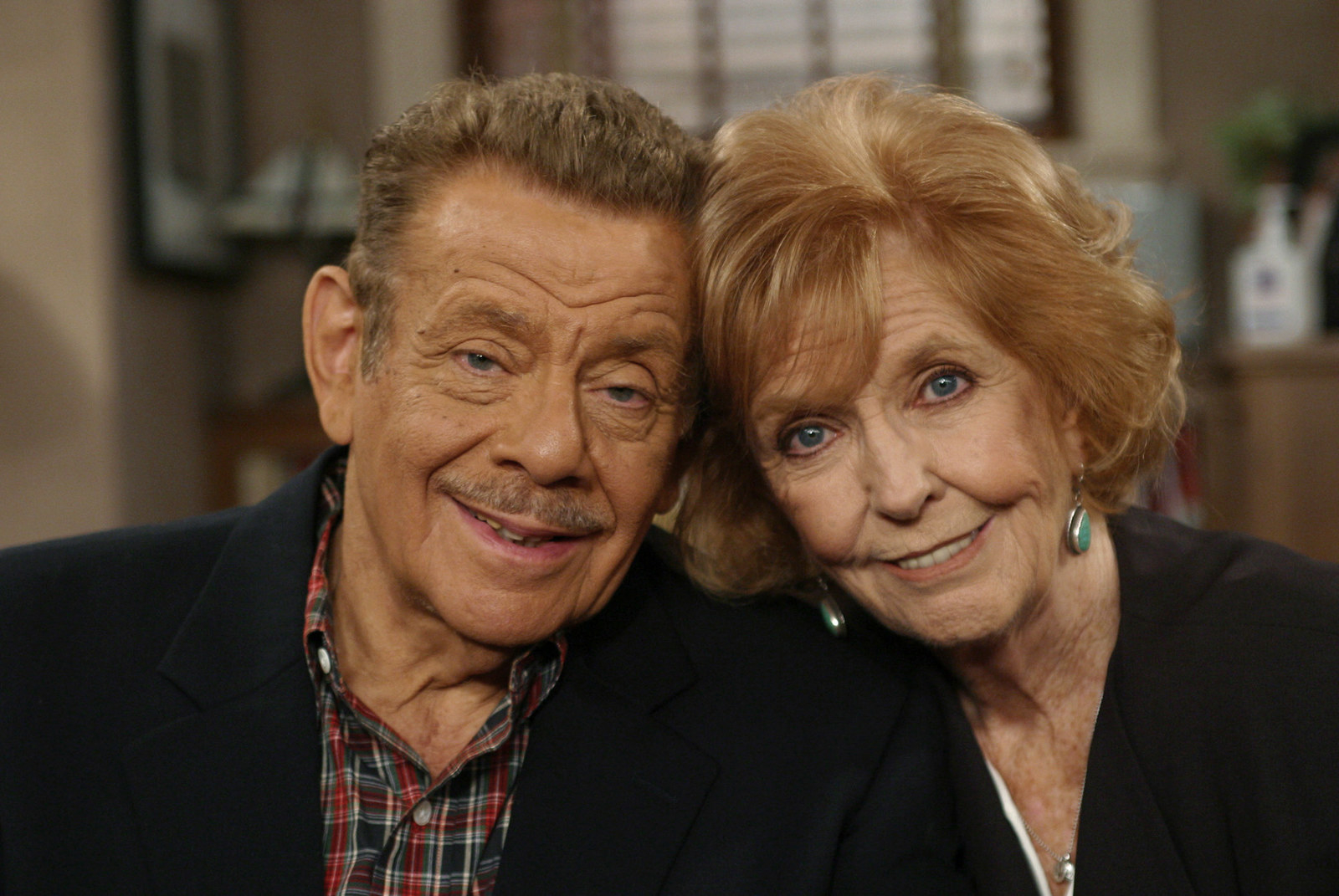 Stiller and Meara on the set of The King of Queens in 2003.

Born in Brooklyn on June 8, 1927, some of Stiller’s earliest memories were of attending comedy and radio performances with his family during the Great Depression. “The audience was howling laughing, even though there was nothing to eat,” he later recalled to the Westchester County newspaper the Journal News. “People were starving, having tough times and were out of work. When they left, they had tears; they were laughing so hard. And I was influenced by that in some way.”

After serving in World War II, Stiller studied theater and met Meara during an open casting call in 1953. “Every girl I told I wanted to be an actor, I never saw them again until I met Anne,” he said.

As the comedy team Stiller and Meara, much of the duo’s comey riffed on their physical and spiritual differences: he a short Jewish man and she a tall Irish Catholic woman. Together the pair recorded radio ads and performed on Sullivan’s variety show more than 30 times. “You’d do everything in your life to get on that show,” he said. “It really pushed me to be original.” 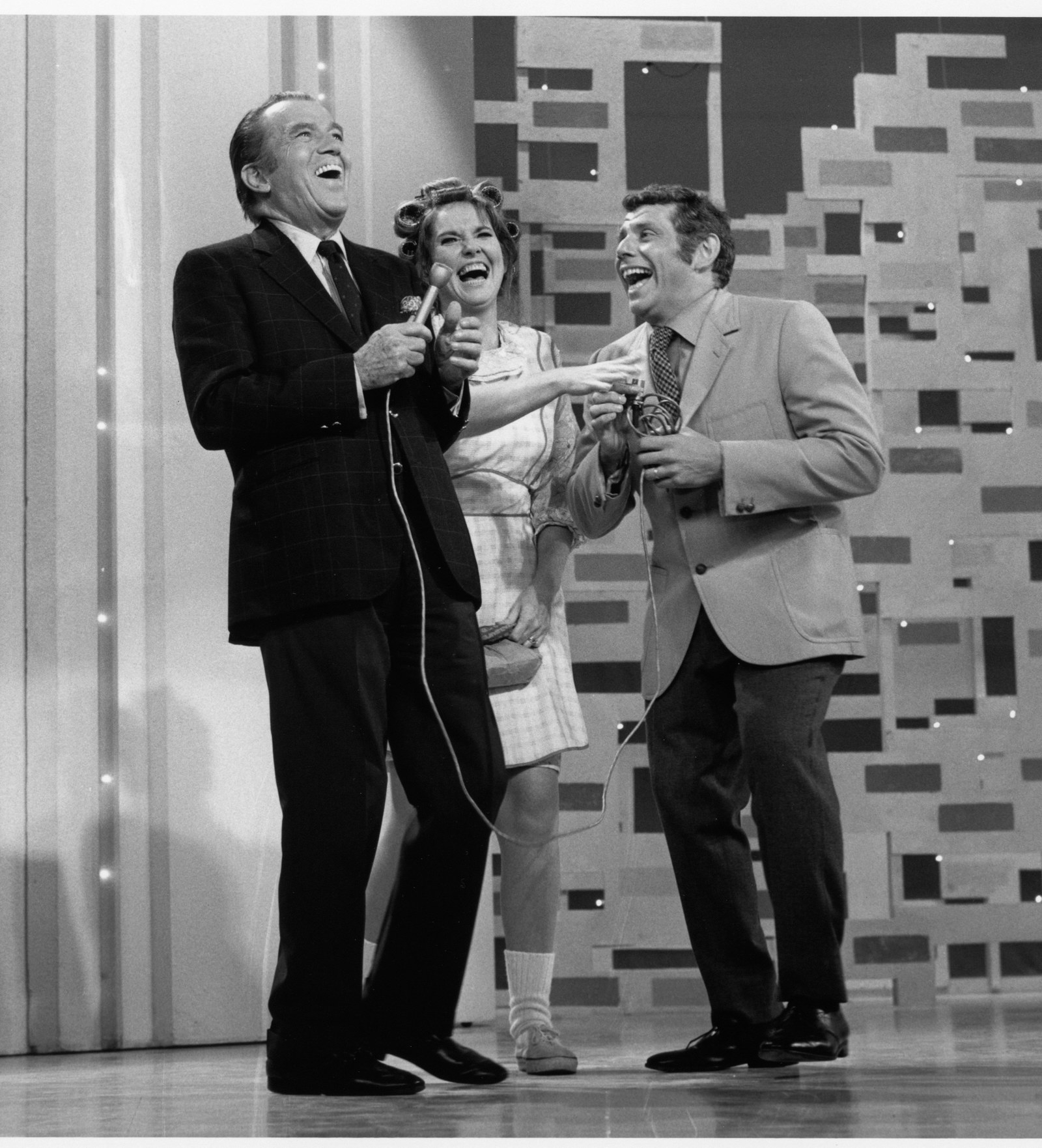 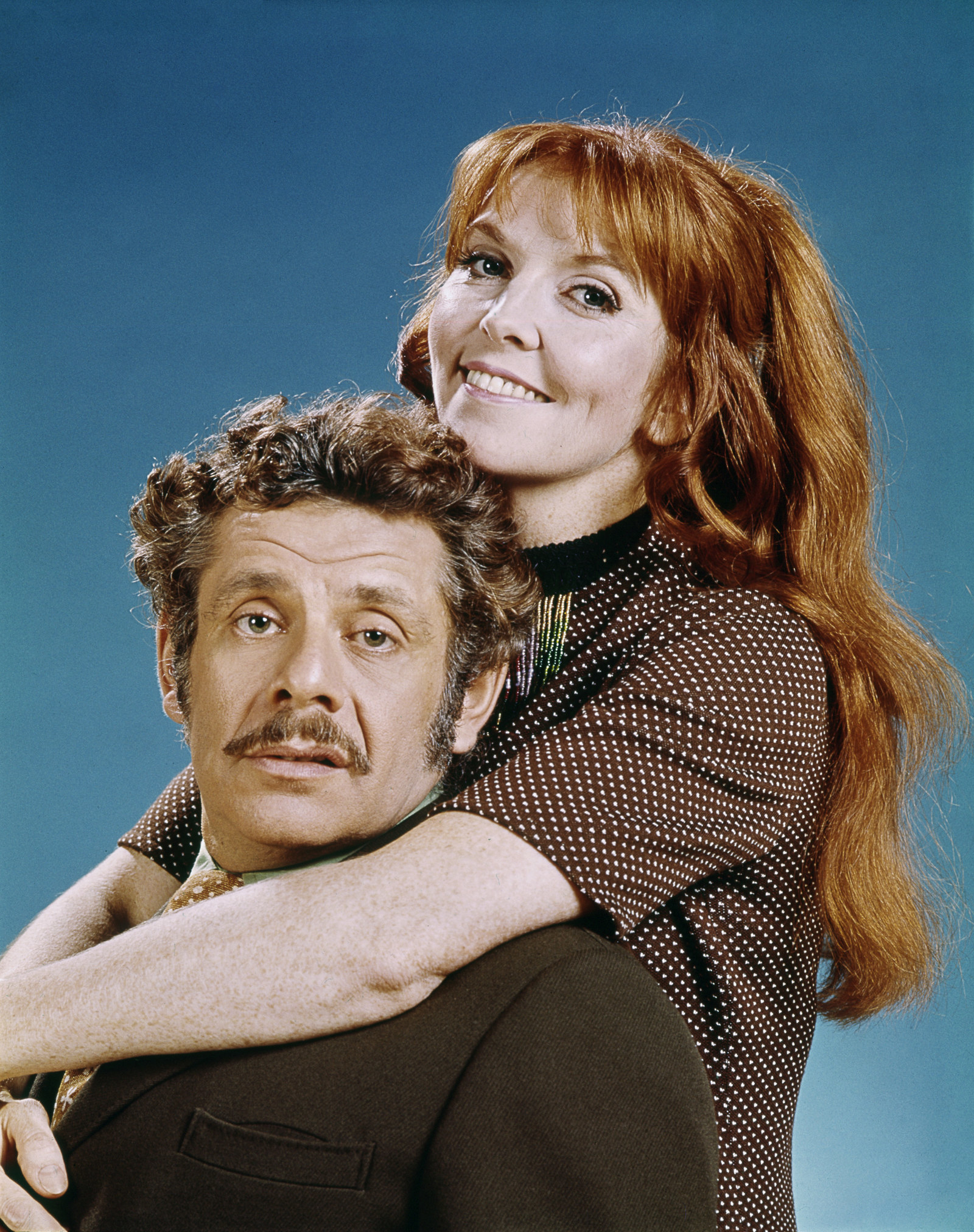 In the 1970s and ’80s, Stiller had smaller roles, but did guest star multiple times on The Love Boat and played the husband of drag queen Divine and father to a young Ricki Lake in John Waters’ 1988 film Hairspray (he also had a cameo in the 2007 remake).

It was during this time he and Meara were raising their two children. Stiller later recalled giving his son, Ben, a Super 8 camera when he was 10 years old, sparking an interest in filmmaking. Yet he insisted he and his wife never pushed their children into show business.

“Neither of us ever encouraged them to do it,” he said. “We did tell them to take violin lessons when we lived on the Upper West Side … but it was not like we were taking them down to agents’ offices and saying, ‘Look at this kid.’” 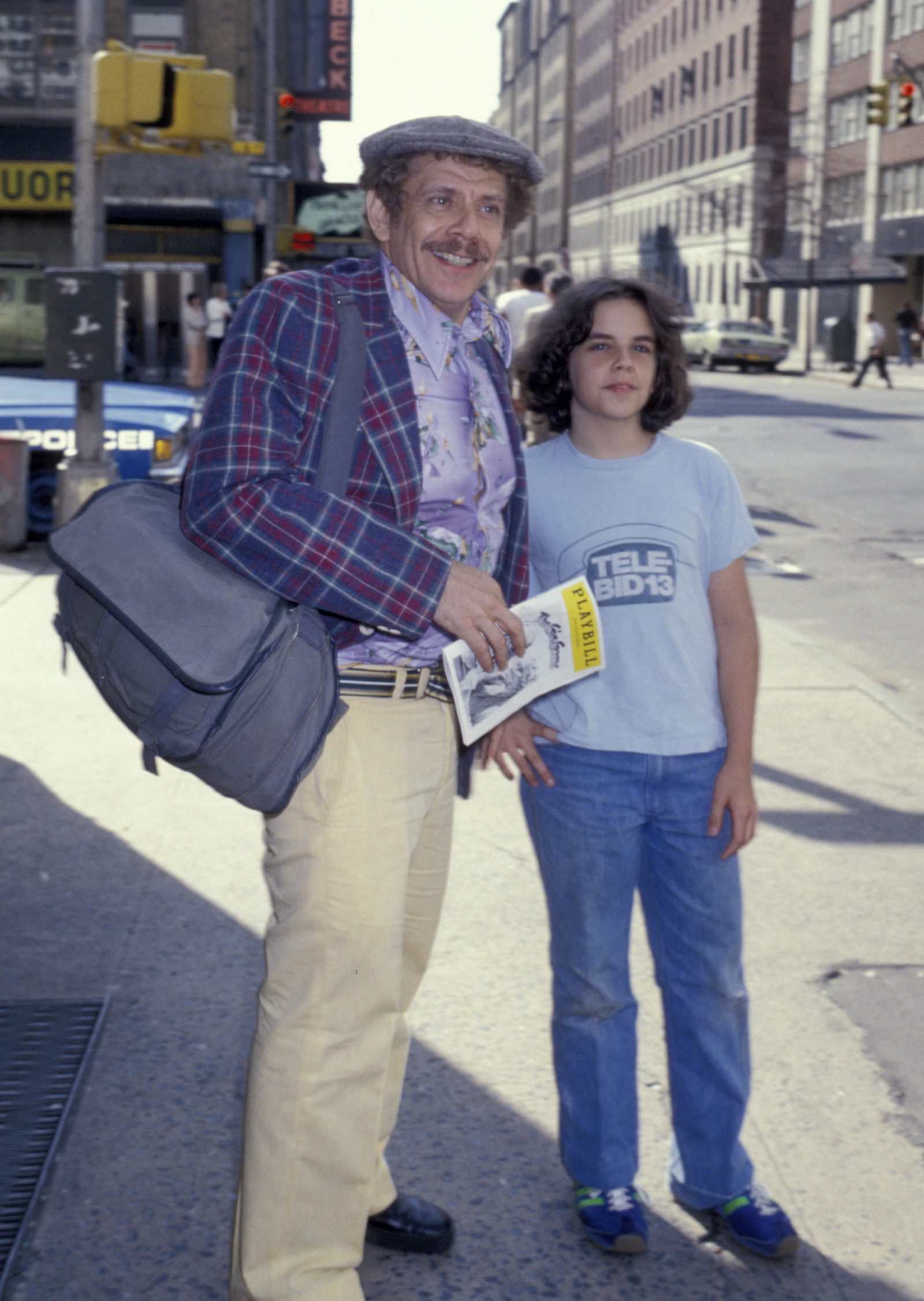 Jerry and Ben Stiller in New York City in 1978.

As Ben Stiller’s career began to take off in the early 1990s, his father’s had reached a low point. This lull was broken when he received a call out of the blue from Seinfeld co-creator Larry David, asking him to read for the role of the father of George Costanza (Jason Alexander).

The normally soft-spoken Stiller worried during rehearsal that his quiet delivery would cost him the job, so he began shouting his lines to mirror Estelle Harris, who played his onscreen wife. “All of a sudden, everyone was laughing,” he said. “Larry David came over and said, ‘You do it that way.’”

Frank Costanza made his first appearance in the Season 4 episode “The Handicap Spot,” played originally by John Randolph. Stiller was cast in the role and made his first turn in the Season 5 episode “The Puffy Shirt” in 1993. (The scenes with Randolph in “The Handicap Spot” were later reshot for better continuity as the series aired in syndication.)

The eccentric, spiteful character was an instant comedy classic and introduced Seinfeld fans to Festivus (and its traditional “Airing of Grievances” and “Feats of Strength”), as well as the “Manssiere” male bra, the fanatic collecting of TV Guide magazines, and mysterious, cape-wearing lawyers.

“It was never really clear if the Costanzas were Jewish or Italian or what they were,” Stiller said in 2018. “Jason [Alexander], Estelle [Harris], and I were given the name Costanza, which sounds Italian, but there were episodes where I cooked Jewish food and ate knishes and kasha varnishkes in bed.”

“When people asked me about this,” he joked, “I would simply say it was because we were a Jewish family in the witness protection program.”

Quick to anger, Frank Costanza often screamed as his hands flailed the air — a signature move that was actually designed to help get Stiller’s blood flowing so he could remember his lines. “Everyone thinks they are wonderful hand gestures,” he confessed in 2007. “I remember Larry David said to me once, ‘You only raised your hands twice in this episode. You did well.’”

In 1997, Stiller was nominated for an Emmy for his work in on the show. He appeared in a total of 27 episodes (including the syndication reshoot). Outside the four main characters, only Wayne Knight’s Newman and Heidi Swedberg’s Susan appeared more than Stiller and Harris. 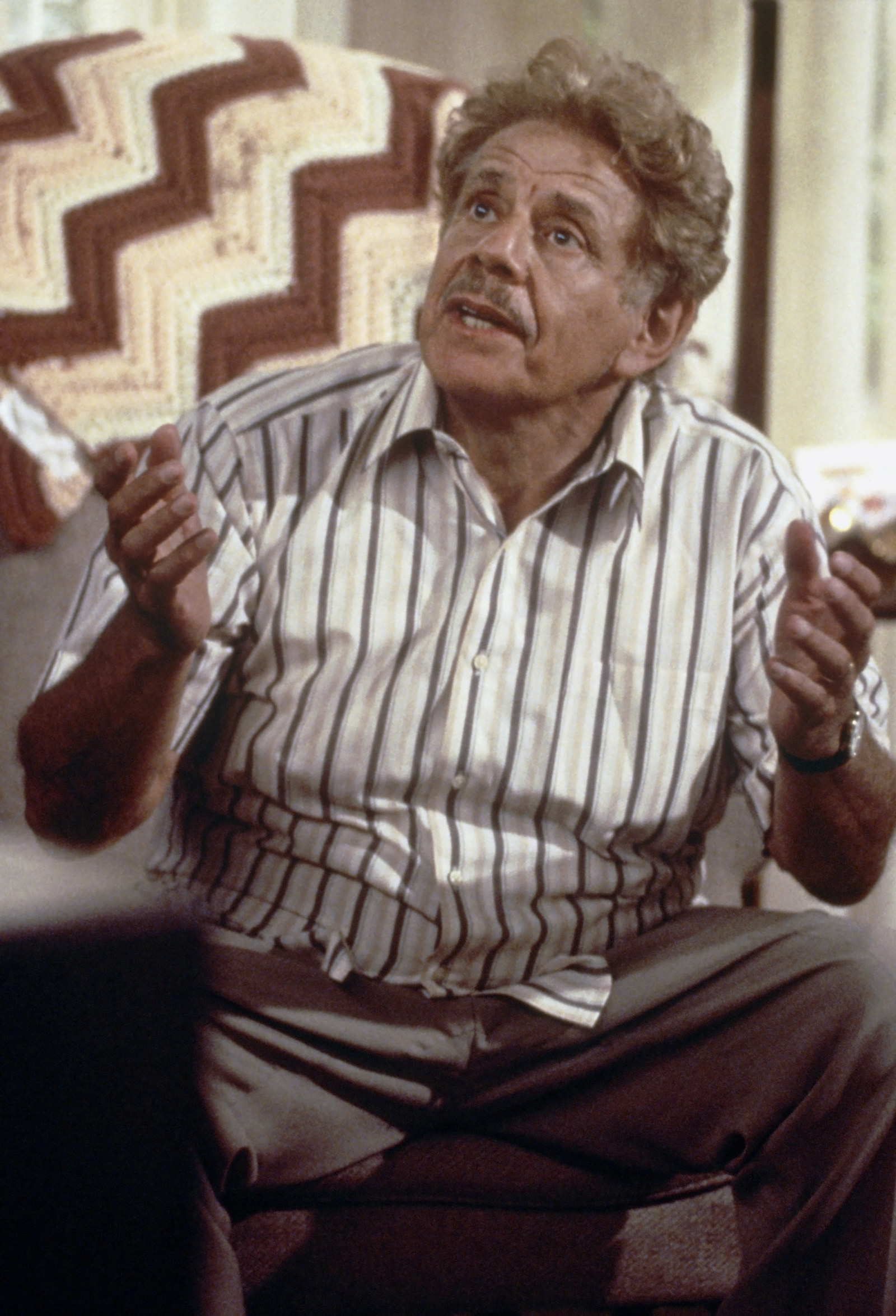 Stiller as Frank Costanza in the 1994 Seinfeld episode “The Chinese Woman.”

The series ended in 1998, but Stiller returned to television that same year in The King of Queens, again playing an oddball father, this time to Carrie Heffernan (Leah Remini), who moves into the basement of the home Carrie shares with her husband Doug (Kevin James).

“[James] literally begged me to be in this show. He kissed me. He hugged me. He said, ‘I can’t do it without you,’” Stiller recounted. “I’m susceptible to praise.”

Stiller appeared in all 206 episodes of the sitcom, which ended in 2007. “[The King of Queens] was an opportunity for me, for the first time, to test myself as an actor,” Stiller said, “because I never saw myself as more than just a decent actor.” Meara also appeared on the show, and their two characters wed in the final season.

In a 2010 interview, Stiller was asked whether our perception of what is funny has changed over the years. “Comedy is so individual. I would say each person comes along and reinvents what is funny,” he replied, naming Jonathan Winters, Robin Williams, and Alexander, his on-screen son, as among his favorites.

“It all comes from the soul of people, and everybody has their own stuff,” he continued. “I’ve worked with some beauties in my life, including my wife, Anne, and my son, Ben, and my daughter, Amy, who I’ve worked with on stage. I’ve just been very lucky.

Stiller is survived by his two children and two grandchildren.” 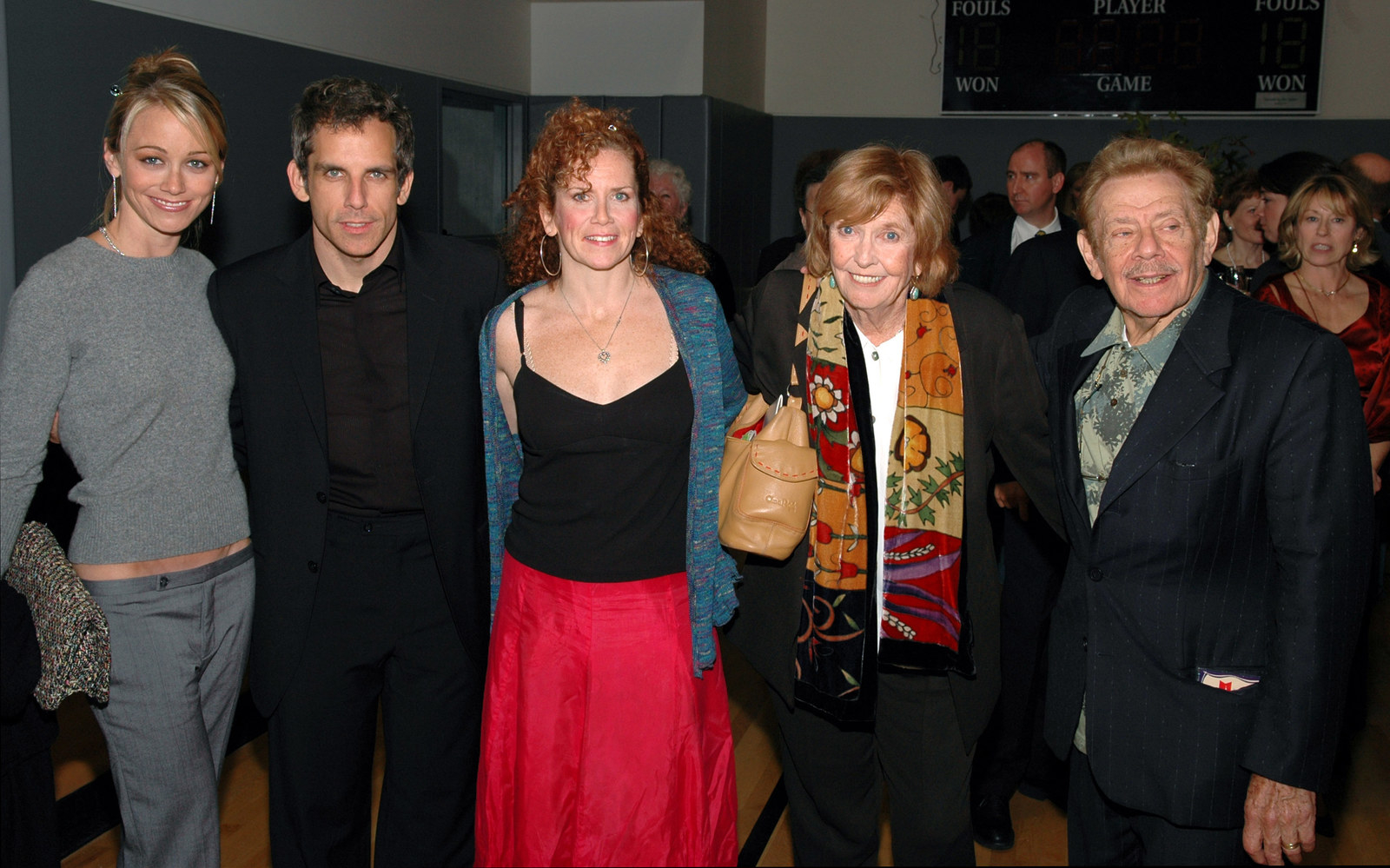