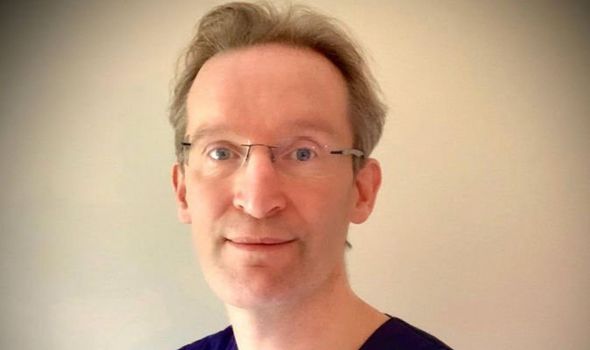 Cardiothoracic consultant Joel Dunning’s normal working week involves performing lung cancer surgery, seeing patients before and after operations and meeting colleagues to pull together treatment plans. But after the number of procedures were drastically reduced as all resources were targeted at the coronavirus battle, Joel decided to become an ICU nurse. He started training two weeks ago, and says the few shifts he has already done have made him a better doctor. “Usually, I perform surgery then walk away leaving the nursing staff to follow through care of the patient. I’ll have seen them in the clinic before and again post-op,” he says.

“But I am now looking after one person for 12 hours at a time and it really is a different but very moving experience for me. “Last week, I shampooed and styled the hair of a 70-year-old lady in ICU. I wanted her to look nice as she lay in her bed. I treated her with the same dignity as I would want my mum to be treated.

“My ICU colleagues told me I had done a reasonable job! I know I work with my hands but I don’t think I’ll ever become a hairdresser.”

Joel, 47, spent two 12-hour shifts being supervised by ICU nurses at the James Cook University Hospital in Middlesbrough where he normally works in the operating theatre so he could feel confident in his new high-pressure role. “I always respected my nursing colleagues and I know ICU nursing is intense, but my admiration of them has tripled in recent days,” he says.

“I could see the crisis worsening and knew the number of ICU beds at James Cook was increasing from 25 to 104, so obviously more specialist nurses would be needed. It was a no-brainer.

“On my supervised shifts, I shadowed the nurses and questioned them about anything I was unsure of. They then supervised me as I did everything from a patient’s personal care, feeding them and rolling them to prevent bed sores.

“I fill in all the daily charts, sort medication, clean their intravenous lines, talk to the family every day as they cannot visit. 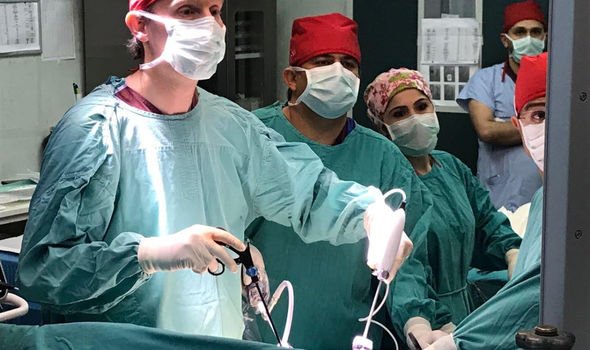 I’ve found it very satisfying but challenging work. Looking after one person for 12 hours is something I have never done before but you do build up a relationship with them.

“Even when they are unconscious, I talk to the patient as I would my own family as I carry out temperature checks, change their bedding, sort out their nutrition or ensure all their feeding tubes are scrupulously clean.

“I’ve been stunned by the number of complex checks the staff have to go through for every procedure every day, from checking every dressing is sterile to making sure the medication is pinpoint accurate for each person.”

Joel has already done an afternoon and a night shift. This week he is doing three night shifts, travelling for an hour from his home in Cumbria. His change of job is supported by his wife Sarah, 49, and their children, Alice, 16, and Edward, 14.

Born in Melbourne, Australia, to British-born doctor Harry and former ICU nurse Nesta, he returned to England with his family when he was two and settled in Eastbourne, Sussex, where his father practised as a GP. “They were £10 Poms and met on the boat going to Oz,” Joel says. “It was a six-week journey so their romance flourished as they sailed across the sea.”

Following in his father’s footsteps Joel trained as a doctor, studying at Oxford and Manchester universities, before qualifying in 1997 and becoming a consultant in 2012. But now, as an ICU nurse, it is his mother who has become his new role model. For nearly two decades, Nesta, now 75, worked as an ICU nurse in their local hospital. 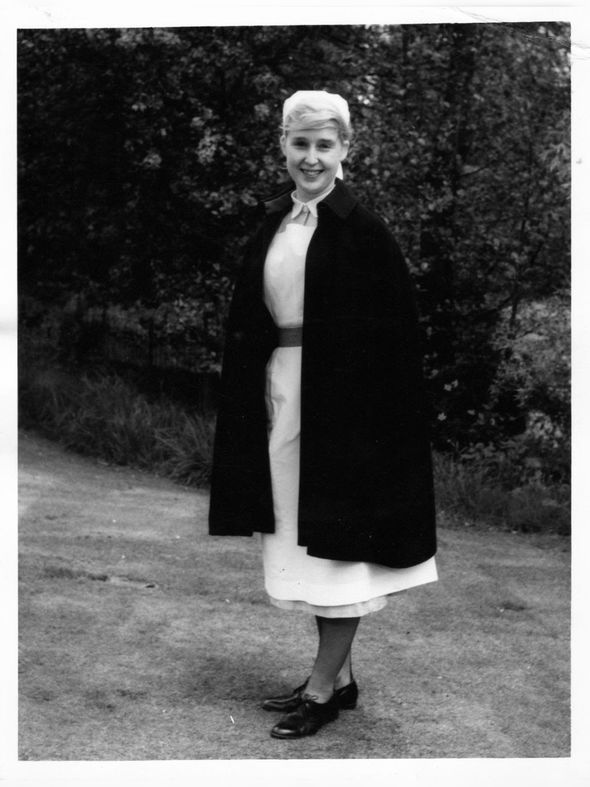 “Mum would do a night shift, come home then take me to school. When I became a doctor, she always used to say, ‘Respect the nursing staff’, and at every stage of my career I have tried to uphold her principle.

“I love my normal work and will obviously return to it once we get through this crisis. But this experience will undoubtedly make me a better doctor.

“Seeing the intense work these amazing staff do over long shifts has made me feel very humble.

“They frequently miss their breaks and think nothing of it as they care for a patient. As a consultant, when I’ve visited one of my patients in ICU and there has not been a member of staff there, I’ve wondered where they are.

“I now realise they are doing one of the myriad tasks they have to perform for each person every hour of the day.

“Talking to the families, detailing how their loved ones are, reminds me how vital the most basic element of care is in our profession.”

Joel says the Middlesbrough trust is prepared to deal with the coming weeks of the crisis.

“Prepare for the worst but hope for the best. We will get through this and I am confident our staff will cope.”

Joel’s father, Harry, 73, told the Daily Express: “Working as an ICU nurse is valuable experience for him and he’ll learn a lot from them.

“We’ve always been proud of Joel and also proud of the NHS where we both worked all our lives.”

James Cook University Hospital has been split in half – a “clean” side where ordinary patients are treated and the other half dedicated to Covid-19 care.

All ICU staff, whatever side of the hospital they are working in, now have to wear full personal protective equipment, a tight-fitting mask, full-face visor, apron, full-length gown and gloves – and that throws up other problems.

“It is very difficult to communicate when wearing the full masks and they are extremely hot and uncomfortable to wear as we perform intricate tasks. But it is just one more thing the staff have to deal with in these times,” says Joel.

As he prepares to start another shift, Joel reflects: “Working as an ICU nurse is undoubtedly harder than my normal job. But it is immensely satisfying.

“I am only supporting my colleagues and I hope many more follow suit. We really are all in this together.”