Children sent to live with a convicted paedophile… This is a new low for our secret courts, writes former Lib Dem MP JOHN HEMMING

Transparency is an instrument of justice and a weapon against abuse.

When our civic institutions are forced to be open about their decisions, they are more likely to behave in humane, responsible and effective ways.

Secrecy, on the other hand, allows cover-ups, bullying and dogma to flourish.

That is why, throughout my career — including spells in Parliament and local government — I have campaigned strongly for openness in courts and have been involved with several landmark cases.

‘Sunlight,’ said the great American judge Louis Brandeis in 1913, ‘is the best disinfectant.’ More than a century later, his words ring truer than ever.

But today, and all too often, Britain’s judiciary ignore that wise advice, especially in the family courts and the highly secretive Court of Protection, set up by the last Labour Government under the 2005 Mental Capacity Act. This gives officials enormous power over the lives of people deemed unfit to handle their own affairs. 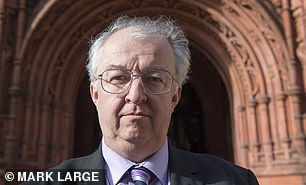 Now an outrageous new case highlights how this ‘closed-door justice’ has seeped through the legal system.

This week, the High Court decided that the public should be denied the chance to learn important details of an appalling scandal in social work.

As the Mail reported yesterday, several social workers in a local authority, that cannot be named, took the side of a mother of two young boys — one of whom is disabled — after she split from their father and embarked on a relationship with a convicted paedophile.

The social workers adopted this extraordinary stance despite the fierce protestations of the boys’ father, and the disabled son’s desire to live with his dad.

Now it seems that, because of family turmoil, the sex offender’s involvement and the social workers’ inept approach, the disabled boy ‘faces a life in institutions’. His brother is distraught.

Yet, at the same time, he decided that all the details of the shameful saga should be cloaked in secrecy. 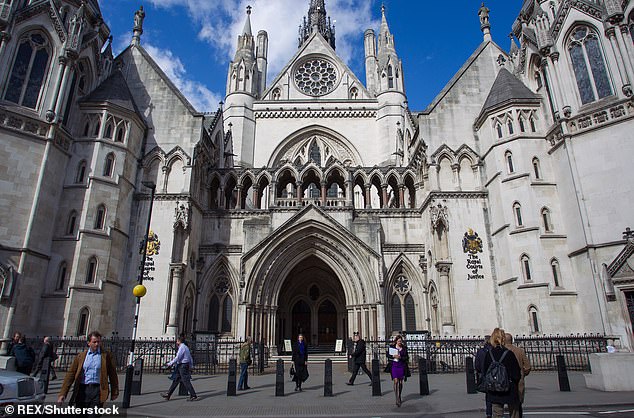 This week, the High Court decided that the public should be denied the chance to learn important details of an appalling scandal in social work

This includes not just the names of the social workers, but even which local council they worked for.

The public is being kept completely in the dark, despite the fact that the mother has already revealed the boys’ identities through a crowd-funding campaign she has run. And despite clear public interest in elements of the case: residents of the local authority, for one, may well want to know about the quality of social work they pay for.

The High Court’s draconian move takes concealment too far. I fully understand the need for confidentiality in sensitive cases, particularly where children are involved. But that should not extend to blanket protection for manifestly errant public bodies.

The law must never be an ally of mismanagement or ill-governance.

The media should be able to report such cases fully, because that is the best way to expose organisational failure and prevent such calamities from happening again.

When a newspaper or TV station carries such a story, it can send out further ripples, leading to deeper coverage. Readers or viewers who have some personal information about the case do not sit by passively. They speak to other people or contact the news outlet. In that way, further pieces can be added to the jigsaw and the picture become complete.

In the case of a social-work scandal such as this, it will quickly become apparent from the public’s response whether the episode is merely an unfortunate one-off or an indicator of deeper, more systematic problems.

Secrecy in the courts should be deployed only as the last resort, not as the first impulse.

Sadly, in modern Britain, there is a disturbing trend towards authoritarian hidden justice, where the media are excluded, the public silenced and gagging orders ruthlessly imposed.

Any breach of these rules can lead to action for contempt of court, punishable by imprisonment.

In the shrouded world of the Family Courts and the Courts of Protection, even the basic principles of British justice — such as the burden of proof and the presumption of innocence — are sidelined.

As the late, great journalist and fellow open-justice campaigner Christopher Booker once wrote in this paper: ‘The rules, which in criminal courts require evidence to be put to a proper test, can be routinely ignored. Social workers and lawyers can trot out hearsay allegations which are accepted by the court as if they are proven fact.’

Our mature democracy, Britain, is supposed to have judicial fairness at its heart. But something has gone badly wrong in recent years, given the number of these worrying cases that continue to arise.

One in which I was involved, in 2014, saw Kathleen Danby, a pensioner from Orkney in Scotland, sent to prison for hugging her grand-daughter who had learning difficulties, after the Court of Protection and social workers had barred all but the most limited contact between them.

This was despite the grand-daughter’s claim to be miserable because she was trapped in sheltered accommodation hundreds of miles from her family.

Typically, Kathleen’s jail sentence for breaching the court’s edict was kept hidden, prompting me to describe her as ‘a secret prisoner’. 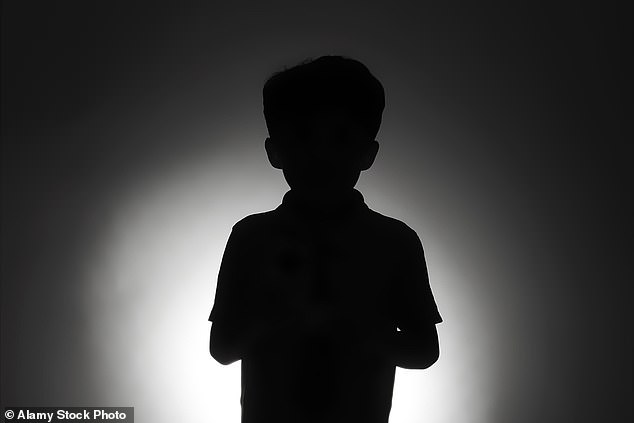 In the shrouded world of the Family Courts and the Courts of Protection, even the basic principles of British justice — such as the burden of proof and the presumption of innocence — are sidelined. Pictured: Stock photo of a child

In another extraordinary case that concerned me, Wanda Maddocks was sent to prison, in 2013, after she tried to take her father out of his care home to see a lawyer, she and her family having become convinced he was being ill-treated.

The Court of Protection was furious, not only because Wanda had challenged the order that her father should remain in the home but also for her boldness in lifting the cloak of secrecy by distributing a leaflet about the case.

‘There is a history of this family being difficult with the local authority,’ pronounced the court grandly, as if silent compliance to council officials — even where an older parent’s welfare was concerned — were a civic duty.

Not even in Iran, I pointed out at the time, are people jailed for seeking legal advice.

Most shocking of all was the case, in 2016, of six-year old Ellie Butler.

She had lived with her loving grandparents until a Family Court decided for its own reasons that she should be returned to the home of her sadistic father, Ben Butler, a violent convicted thug.

Within months of that decision, Butler had battered his own daughter to death: a monstrous crime for which he was sentenced to 23 years.

What makes Ellie’s case even more frustrating is that if the Press had been able to report on the proceedings of the Family Court at the time, there would likely have been an outcry. That could have prevented Ellie’s return into her father’s hands — and saved her life. The tyranny of silence led to her death.

Like so many other cases, Ellie’s story is a potent argument for change. Justice will be made more secure, not undermined, by greater openness. Let the sunlight now disinfect these secret courts.

John Hemming is a businessman and the former MP for Birmingham Yardley.