Home » Lifestyle » JOHN HUMPHRYS: I feel a chill when our politics goes in deep freeze

JOHN HUMPHRYS: I feel a chill when our politics goes in deep freeze

JOHN HUMPHRYS: I feel a chill when our politics goes in the deep freeze

As close encounters go, it was the sort most of us have probably experienced at least once over the past few weird weeks.

The lines in my small local supermarket had been clearly marked. There was one customer in front of me and she was fishing around in her bag for her credit card. I was obediently standing behind my line waiting my turn.

I saw that the shelves of mints and chewing gum under the front desk had been re-stocked so I leaned across to pick one up. 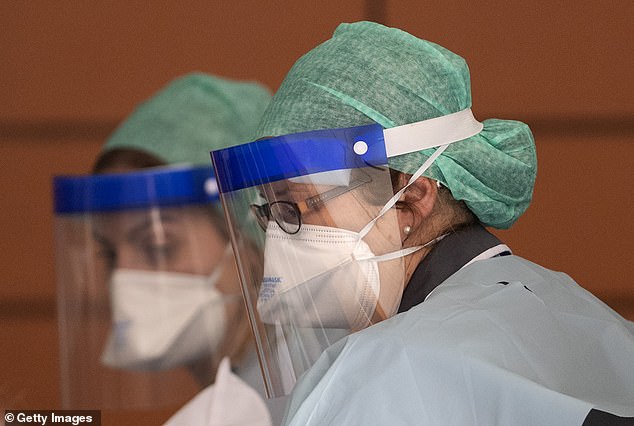 The lines in my small local supermarket had been clearly marked. There was one customer in front of me and she was fishing around in her bag for her credit card. I was obediently standing behind my line waiting my turn (file picture)

The woman leaped back as though I’d rammed her in the chest with an AK-47 assault rifle.

‘What do you think you’re doing!’ she shrieked at me. I suppose I should have acknowledged my terrible sin and muttered an apology — not that I had anything to apologise for. I hadn’t actually touched her or intruded into her space or even, heaven forbid, breathed on her. But I lost my cool.

‘For God’s sake, get a life!’ I snapped. ‘That’s what I’m trying to do!’ she snapped back. I was angry at the time at her absurd overreaction, but I regret it now. The woman had been genuinely scared.

Variations on that theme are being played out endlessly across the land in one way or another. There is something unsettling about jogging on a wide path in a deserted park at dawn and realising that the person jogging towards you is making a wide diversion to avoid you.

Yes, of course, I know about the two-metre rule. Is there anyone out there with two brain cells who doesn’t? And we know why it exists.

But surely even the most wary of us suspect that if we’re going to become a virus victim it’s more likely to happen because, like our Prime Minister, we’ve spent weeks locked in close conversation with hundreds of different people in fuggy offices for hours on end, rather than passing someone for a split second in the open air in a stiff breeze?

There’s nothing reckless about acknowledging that. Nor is there in wondering in idle moments why we are no longer being told a thousand times a day to wash our hands. 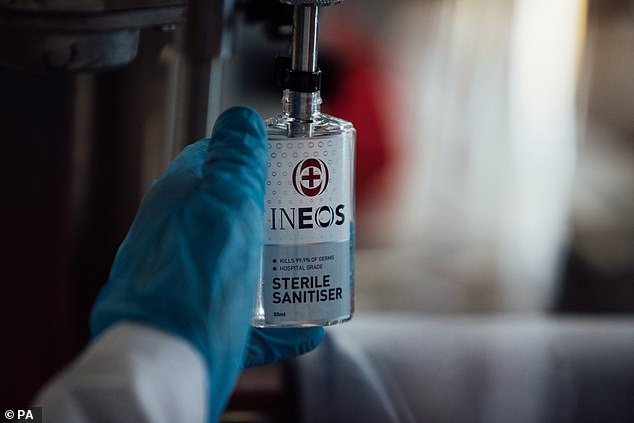 Yes, of course, I know about the two-metre rule. Is there anyone out there with two brain cells who doesn’t? And we know why it exists (file picture)

But maybe that’s because we’ve got the message. What’s mildly worrying is that we are so obedient to the lockdown rules. Even more obedient than the Government had expected, according to insiders.

Perhaps that’s because we are told there is no alternative and we must not even question our instructions. It’s for our own good. And that itself is worrying because, when autocrats set about trying to subvert a democratic system, the first thing they do is appeal to the good intentions of the people they plan to control.

The threats come later. Not that I’m suggesting there is some dark plot by a group of ruthless politicians to turn us into Orwell’s proles.

We can safely leave that to the great man’s fertile imagination. In a strange way, it’s the opposite that seems to be happening. I wince a little when I hear a BBC weather presenter telling us it’s going to be sunny and, in the next breath, warning us to stay home. Is that really her job?

Of course, she’s only doing what she’s been told, but when even the weather becomes a public health announcement we enter slightly troubling new territory. One of the notable things about the coronavirus crisis is how it’s caused politics to go into voluntary self-isolation.

When I say ‘politics’, I mean prepandemic politics. Remember how we hated it? Each side biting chunks out of the other. They’re only in it for themselves.

They’re sleazy. They don’t really care about the people who put them in power. So what’s happened to all that? Boris Johnson’s illness was bound to stop the Opposition in its tracks, even with a brand new leader.

Sir Keir Starmer may be a clever lawyer with an eye for detail, but what he dare not risk is being seen to question the ‘national effort’. And he certainly cannot criticise a Prime Minister who has been in intensive care.

Politics, along with the economy, has gone into the deep freeze. It is not just that politicians are on their best behaviour, which might be regarded as appropriate given the situation. It’s that there is no longer a political forum.

We now live in a parliamentary democracy without a parliament. Instead of politics we have government. Take just one issue that really does deserve close scrutiny: the failure to get a fully-functioning testing regime up and running. 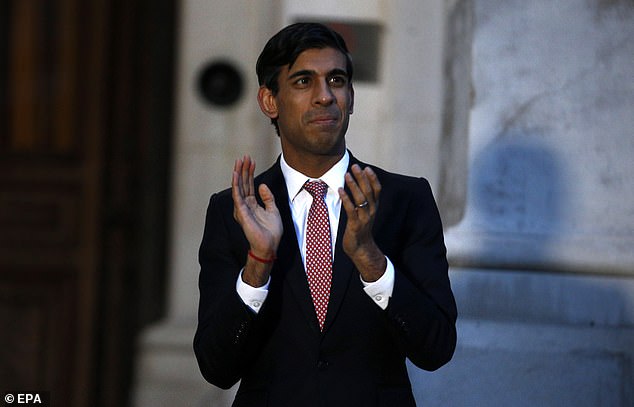 In the bad old days, political discourse would have been peppered with Opposition accusations that the Tories were determined to privatise the NHS and use the billions they should have spent on protecting the nation to cut taxes rather than give nurses a living wage.

You’ll be familiar with the refrain and maybe we’re better off without that sort of knee-jerk political jousting. But there are serious questions to be asked and the ritual 5pm briefing is a pretty inadequate way of getting answers.

One example. The Chancellor Rishi Sunak — supported by his scientific advisers — was able to get away with denying that the chief medical officer Chris Whitty had ever said rigorous testing had been vital in enabling Germany to achieve many fewer deaths.

Well, he had, and Sunak should have been held to account. People are dying because we have not been testing as we should have. And where is the tough debate about when and how we end the lockdown? Yes, we know there are no simple answers, but that’s all the more reason for our leaders to be asked the questions.

With the exception of a few cretins like Steve Hedley of the RMT union, we were all mightily relieved when Boris Johnson was able to leave intensive care. Of course we were. He’s a fellow human being.

But for those few days when he appeared to be dangerously ill, we’d treated him as though he were our head of state. That’s the Queen’s role. The Prime Minister is a political leader in a democracy. Tony Blair understood the difference between the art of politics and the skill of government.

He learned the hard way that you campaign in poetry but you govern in prose. Some years into office he confessed that he bore the scars on his back from trying to make things happen. A YouGov poll has found that almost two-thirds of Britons want the main parties to get together and form a national government.

I’m told BBC bosses are warning interviewers not to put ministers under pressure. Why? If the questioning is well informed and polite, surely the tougher the better. All this stuff might be justified if we were at war. But we’re not. To talk of the virus as an enemy is to misunderstand the crisis with which we are faced.

The state will survive. The question is how much it might have changed. The Chinese found a way of dealing with the virus. Nobody questioned it because they did not dare.

That’s the way it is under totalitarian rule. The price of freedom is eternal vigilance.

Plus, occasionally, a touch of rebellion.