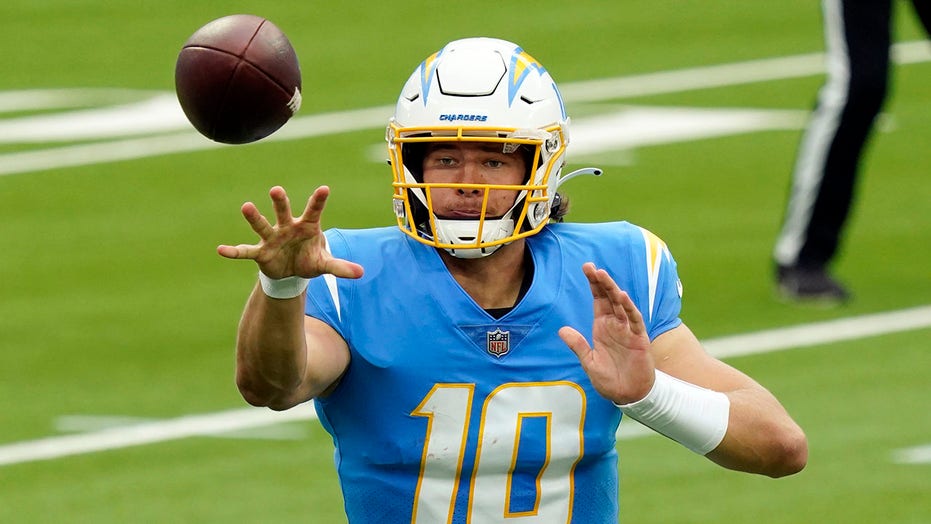 Herbert was given the award at the NFL Honors on Saturday night.

The Chargers selected Herbert with the No. 6 pick of the 2020 draft and he took over the starting job after a freak injury to then-starter Tyrod Taylor. He then went on to have a fantastic rookie season in which he set the record for most touchdowns and completions by a rookie.

He beat out Minnesota Vikings wide receiver Justin Jefferson and Jacksonville Jaguars running back James Robinson for the award.

EAGLES ASKING FOR THIS IN CARSON WENTZ TRADE: REPORT

Los Angeles finished the season 7-9 and third in the AFC West division.

The Chargers and Herbert are set up for success on the offensive end for the next few years. Herbert has targets like Keenan Allen and Mike Williams to throw to and Austin Ekeler is carrying the ball.

Los Angeles will be entering the 2021 season with a new head coach in Brandon Staley. Herbert will have to adjust to a new playbook next season but his potential is immense.