Over it! Kailyn Lowry shut down an Instagram hater criticizing her single mom status after her fourth son’s arrival.

Every Time Kailyn Lowry Clapped Back at Mom-Shamers

“Why do y’all do this?” the Teen Mom 2 star, 28, captioned a screenshot of a direct message.

The troll wrote, “You’re a f—king single mom with four kids and you’re on TV. … You’re supposed to be stopping pregnancy of the younger generation, yet you went on to have four f—king kids with deadbeat dads that don’t want to be there for you. … I used to like you, but now I’m just ashamed of you.” 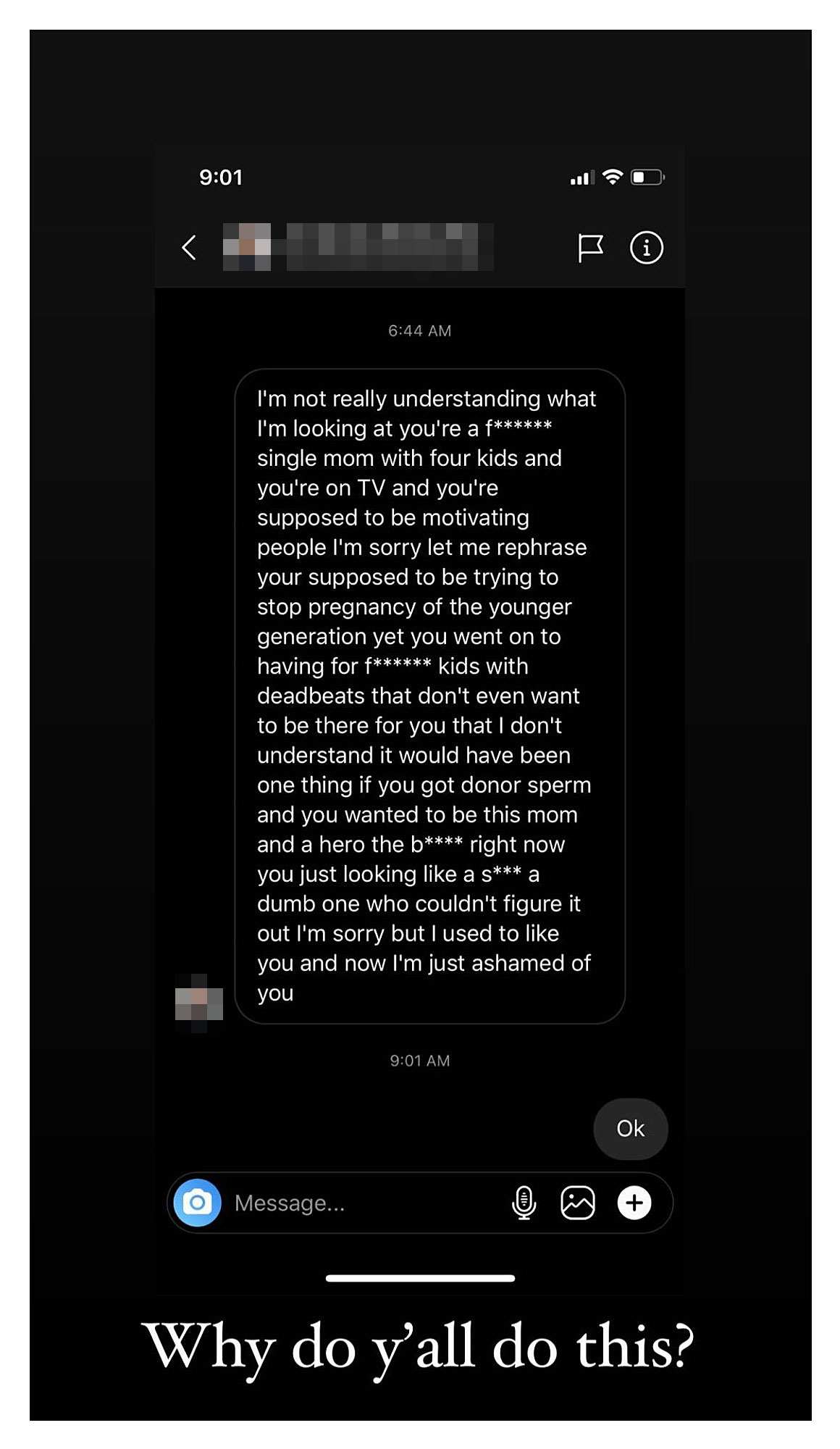 ‘Teen Mom’ Stars Clap Back at Parenting Police Over the Years

The reality star gave birth to her youngest son, Creed, in July, her second with Chris Lopez. The former couple also share son Lux, 3, and the MTV personality previously welcomed Isaac, 10, and Lincoln, 6, with Jo Rivera and Javi Marroquin, respectively.

The “Coffee Convos” podcast cohost has clapped back at Instagram trolls in the past who told her to stop having kids. “You know absolutely nothing about my life,” the A Letter of Love author wrote via Instagram in 2018. “Kindly focus on your own child and sit the f–k down. Find the unfollow button and have a nice day.”

In July, the Pennsylvania native revealed that while she would have more kids, she has a maximum number in mind. 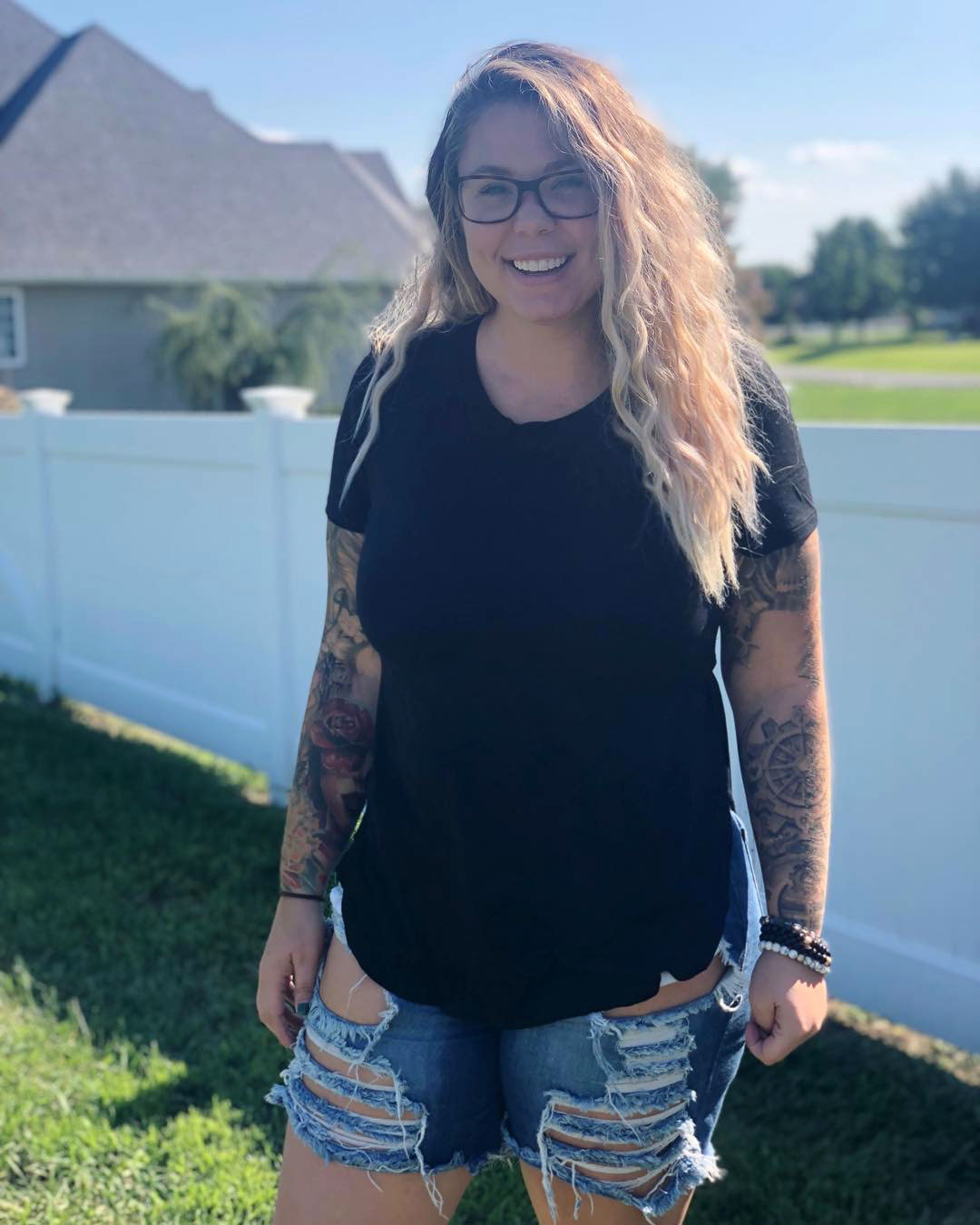 “I don’t think that I would have ever pictured myself, like, 10 years ago when I had Isaac, having four kids,” Lowry told podcast cohost Lindsie Chrisley last month. “But now, six is my max. I’m not confirming or denying, I’m just saying that I would not have more than six.”

Celeb Moms Clap Back at the Parenting Police

The Chrisley Knows Best alum, 30, agreed that the Hustle and Heart author “seem[s] like somebody who would have six” children.

When it comes to coparenting with Lopez, Lowry gave Creed her ex’s last name in the hopes that he will “step up.” She explained on a podcast episode earlier this month: “Nothing I do is going to change someone else’s behavior. However, I feel this is another attempt of me giving him a chance to not argue about the last name and try to be there.”