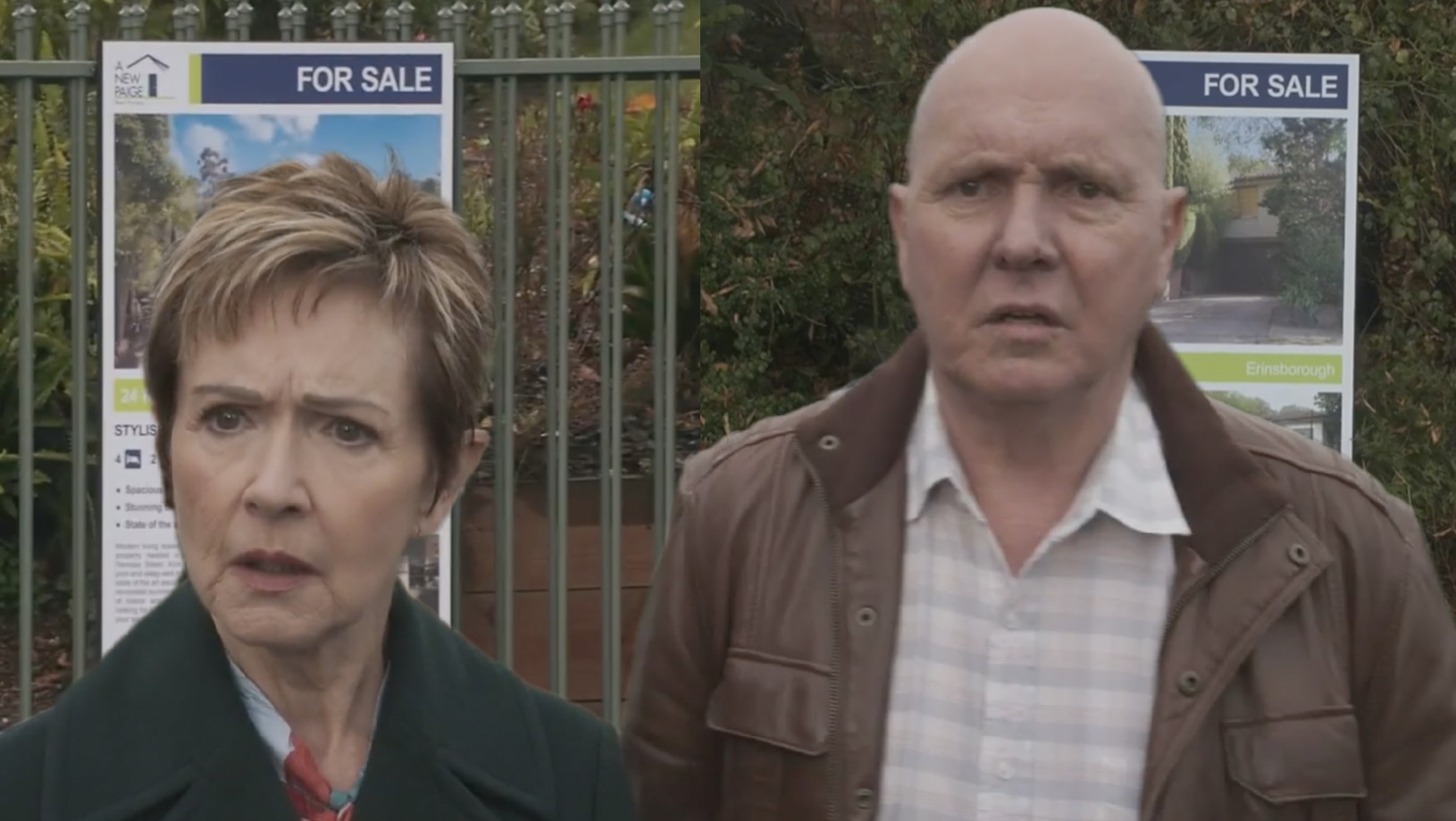 It’s all change on Ramsay Street, as pretty much every resident put their house on sale ahead of Neighbours’ final episode, much to the shock of Karl and Susan Kennedy (Alan Fletcher and Jackie Woodburne).

The soap’s most iconic couple exited their home with a look on confusion on their face, as ‘For Sale’ signs went up on a number of properties at the very same time.

‘What on earth?’, exclaimed Susan, hoping Karl could provide some answers, but much like his wife, he was utterly confused.

Chloe Brennan (April Rose Pengilly), as viewers know, returned from Adelaide last week, deciding to put No.24 on the market, a storyline which led to the return of Paige Brennan (Olympia Valance), who is now operating as an estate agent.

Terese Willis (Rebekah Elmaloglou), meanwhile, has followed suit, as she and Glen Donnelly (Richard Huggett) have decided to buy and move to River Bend.

Tuesday’s (July 26) edition of the Channel 5 soap saw Toadie (Ryan Moloney) come to the realisation that wife-to-be Melanie Pearson (Lucinda Cowden) was struggling with the thought of living on a street filled with memories of the past.

He therefore made a huge decision, deciding to sell up, much to Melanie’s delight, as she dared to dream of a fresh start for them both.

Wendy Rodwell (Candice Leask), meanwhile, decided that, despite her family having just moved into the street, that she would also put her house on the market.

What’s more, David Tanaka (Takaya Honda) and Aaron Brennan (Matt Wilson) took a leap of faith, as they decided to leave Erinsborough and start a new life in New York, and Nicolette Stone (Charlotte Chimes) agreed to join them!

Karl and Susan observed all the For Sale signs with utter disbelief, as Ramsay Street as they know it is about to change forever, which is perhaps deliberate on the showrunners’ part, as the storyline reflects that of Neighbours’ real-life ending approaching.

Don’t worry, we’re not ready for it either.

Neighbours’ final week continues on Wednesday July 27 at 1:45pm and 6pm on Channel 5.