Home » Lifestyle » Ken Jennings Will Be On ‘Jeopardy!’ For A Completely Different Reason Next Season

Ken Jennings Will Be On ‘Jeopardy!’ For A Completely Different Reason Next Season

“Jeopardy!” has announced that legendary contestant Ken Jennings has accepted an official role on the beloved quiz show, which will premiere its 37th season on Sept. 14.

Jennings — who has been a fixture on the trivia juggernaut since 2004, when he won 74 games in a row and netted more than $2.5 million — has been hired as a consulting producer. This means he’ll develop projects, assist with contestant outreach and will serve as a general ambassador for the show. He will also appear in some of Season 37’s episodes by presenting his own special video categories. His first on-screen appearance in the new season will be on Sept. 15.

Jennings, 46, told The Seattle Times that, despite what fans may think, his new gig is not a tryout to replace the show’s 80-year-old host Alex Trebek — who has been very public about his battle with pancreatic cancer.

“I think that’s reading too much into it,” Jennings told the newspaper. “Alex is going strong. That’s what makes me very happy because I cannot imagine a version of ‘Jeopardy!’ without Alex. He’s always going to be my ‘Jeopardy!’ host.”

Jennings told the outlet that producers of the show approached him the morning after he beat the best of the best “Jeopardy!” contestants by winning the “Greatest of All Time” tournament in January and admitted that his new role is “kind of a vague portfolio right now.” 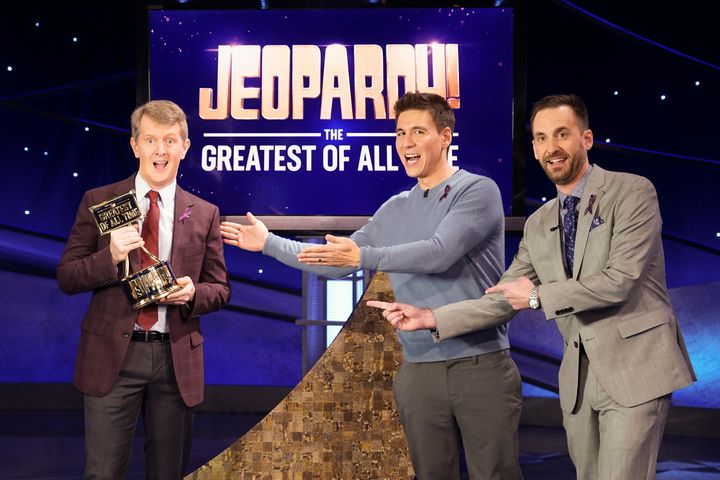 “But ‘Jeopardy!’ has always had the one face,” Jennings told The Seattle Times. “Alex has been the face of the show for 37 years. This gives them flexibility. This gives them another person they can send to Game Show Con 2021 or whatever.”

Jennings working in an official — albeit vague — capacity on the show isn’t the only change viewers can expect next season.

The show is taking the COVID-19 pandemic into serious consideration, which will cause the set to look a little different. There will be more space between the three contestant podiums — and all three will be at a safe distance from Trebek’s lectern.

A press release also states that, “production has protocols in place in accordance with current government guidelines to protect contestants, staff, crew, and the talent from the spread of COVID-19.”

“I think the world needs something to be happy about,” executive producer Mike Richards said in the release. “So when the greatest quiz show of all time starts airing new episodes, then they can take a deep breath and say, ‘Oh, it’s “Jeopardy!” It’s the same great show, and it’s even better.’”