Kendall Jenner flaunted her model figure in a barely-there bikini while aboard a luxe yacht with her NBA baller boyfriend, Devin Booker, this week. 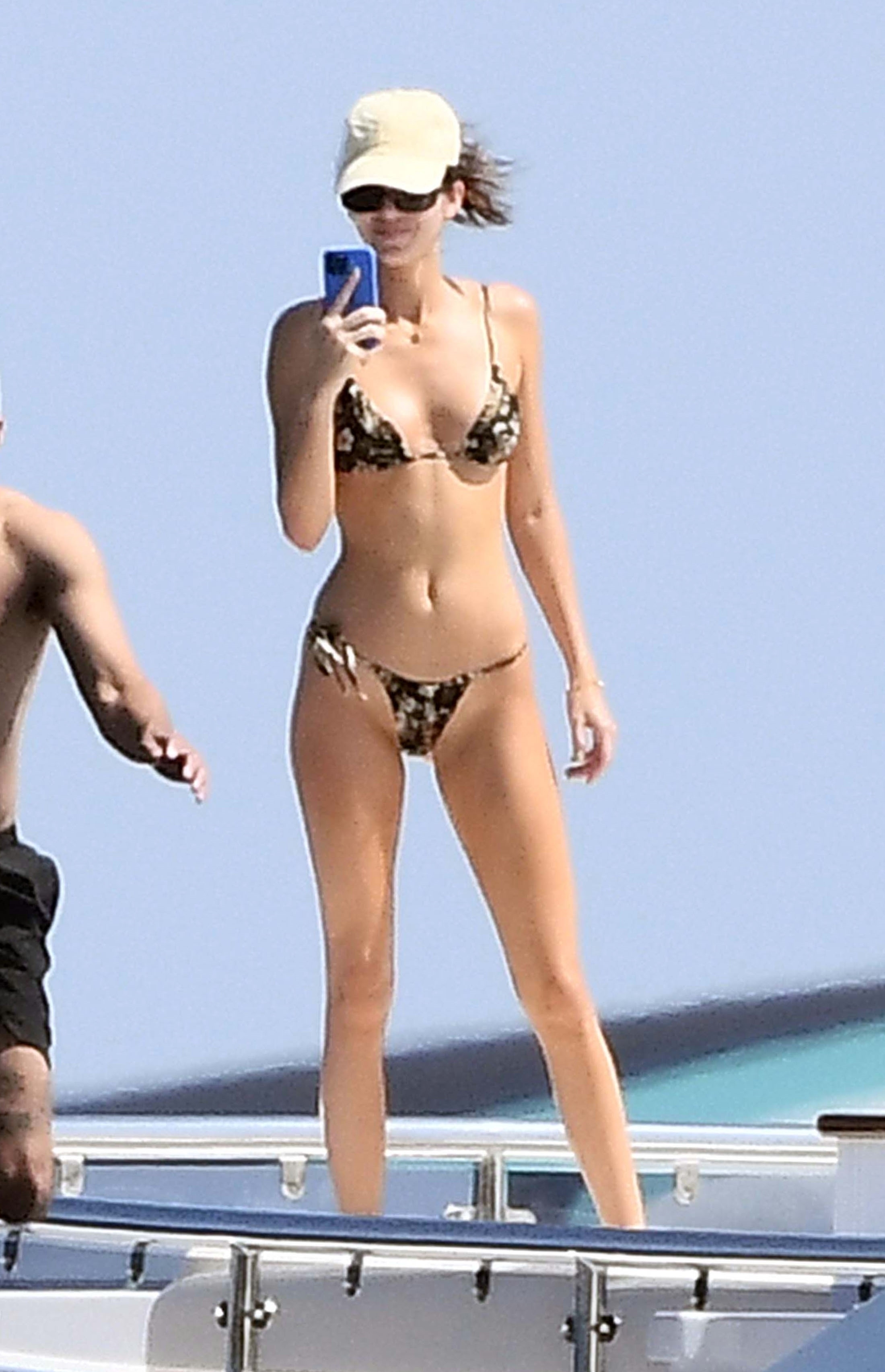 The couple hit the shores of Sardinia, Italy with several friends Thursday, where the 25-year-old wore a string bikini showcasing her slim physique, along with shades and a tan “dad hat.” Olympian Booker, 24, was spotted wearing a white t-shirt — as was every other man on board — and basic black trunks. 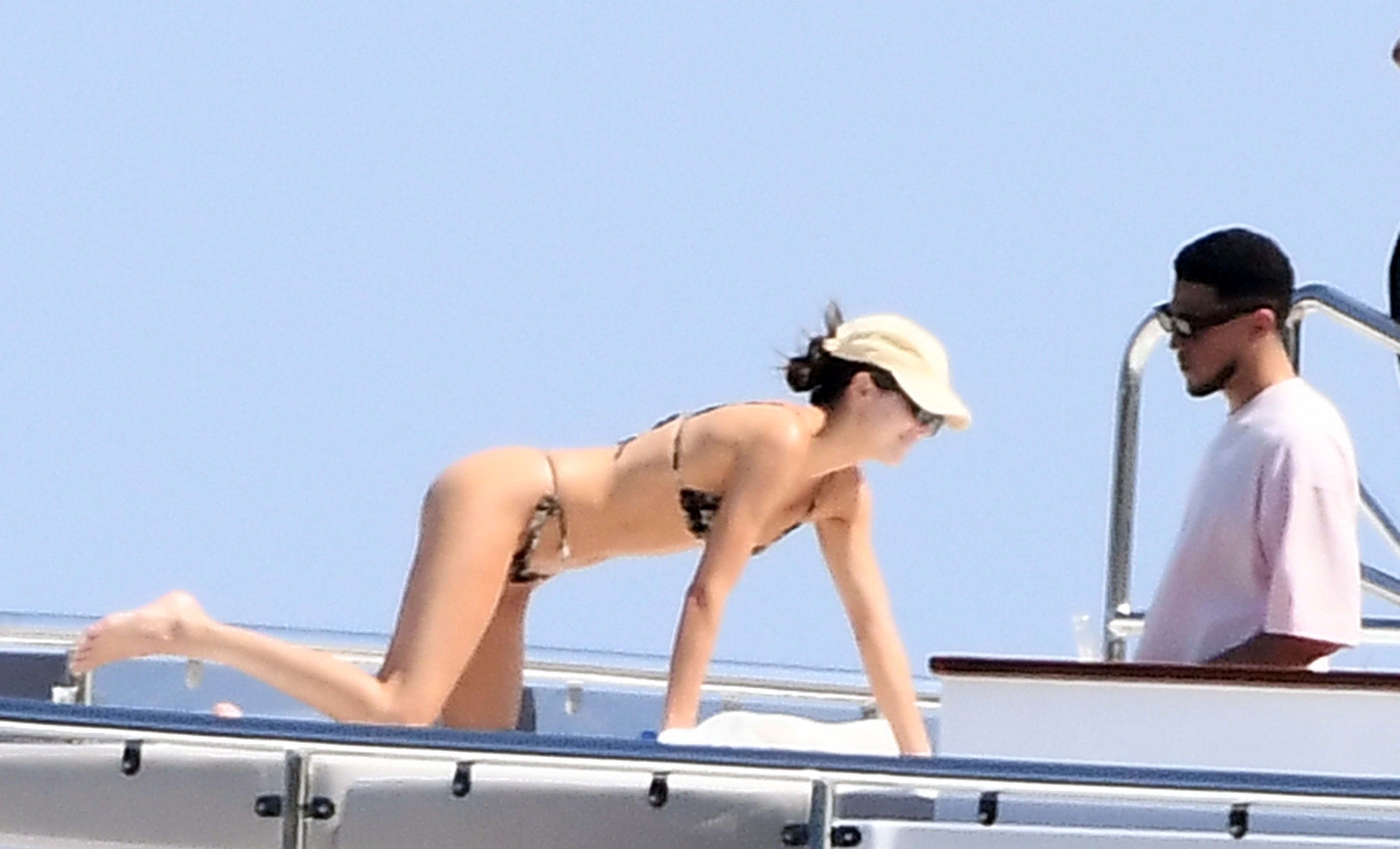 The couple were seen hugging in some shots, and appeared to be oiling themselves down together in others. Kendall was also sure to snap pics of her friends on her phone, laughing it up as two guests playfully wrestled on the deck. 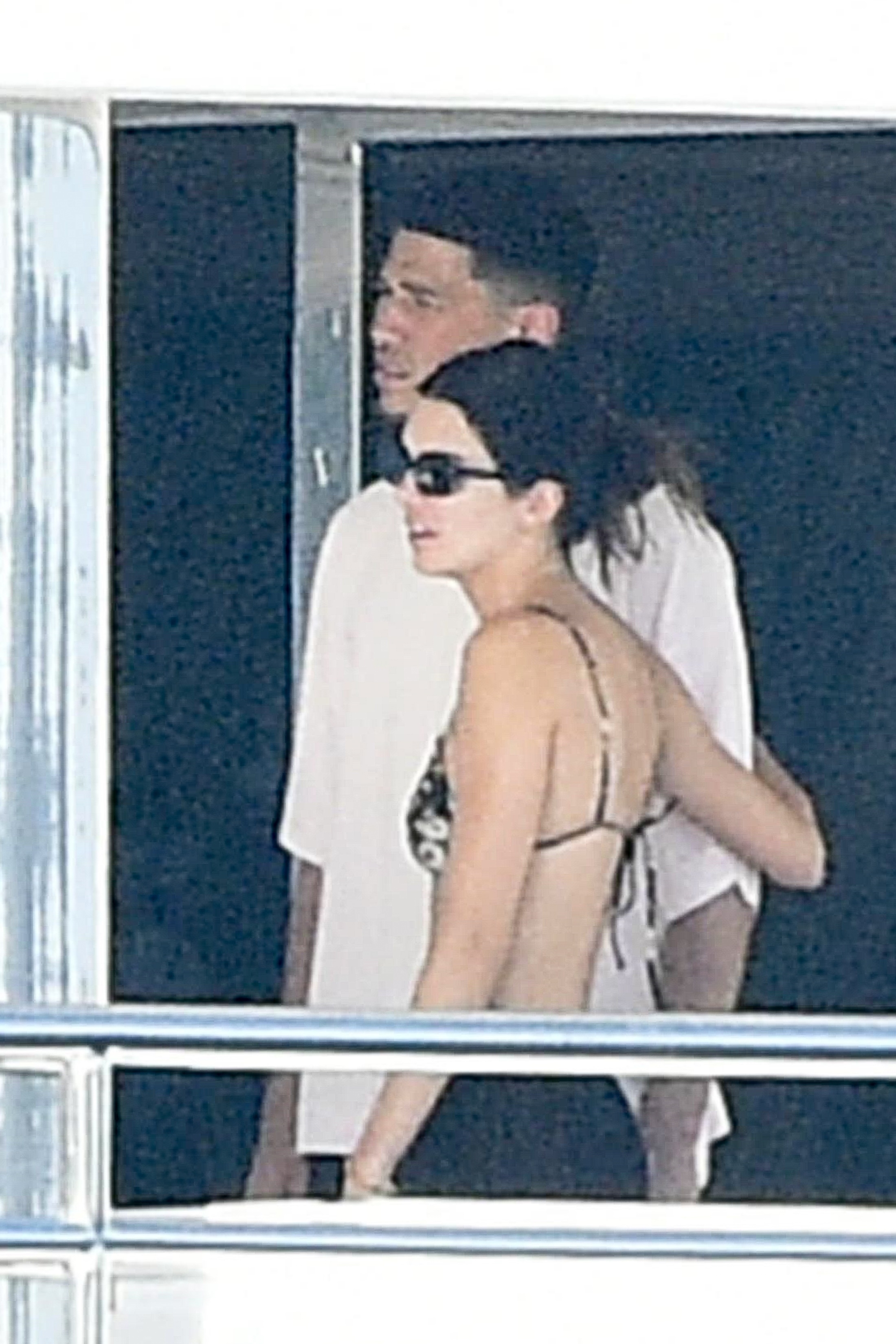 Thursday’s Italian getaway follows the couple’s lakeside escape earlier this week, where Booker snapped a rare photo of his girlfriend wearing his Olympic gold medal as she lounged on a boat. 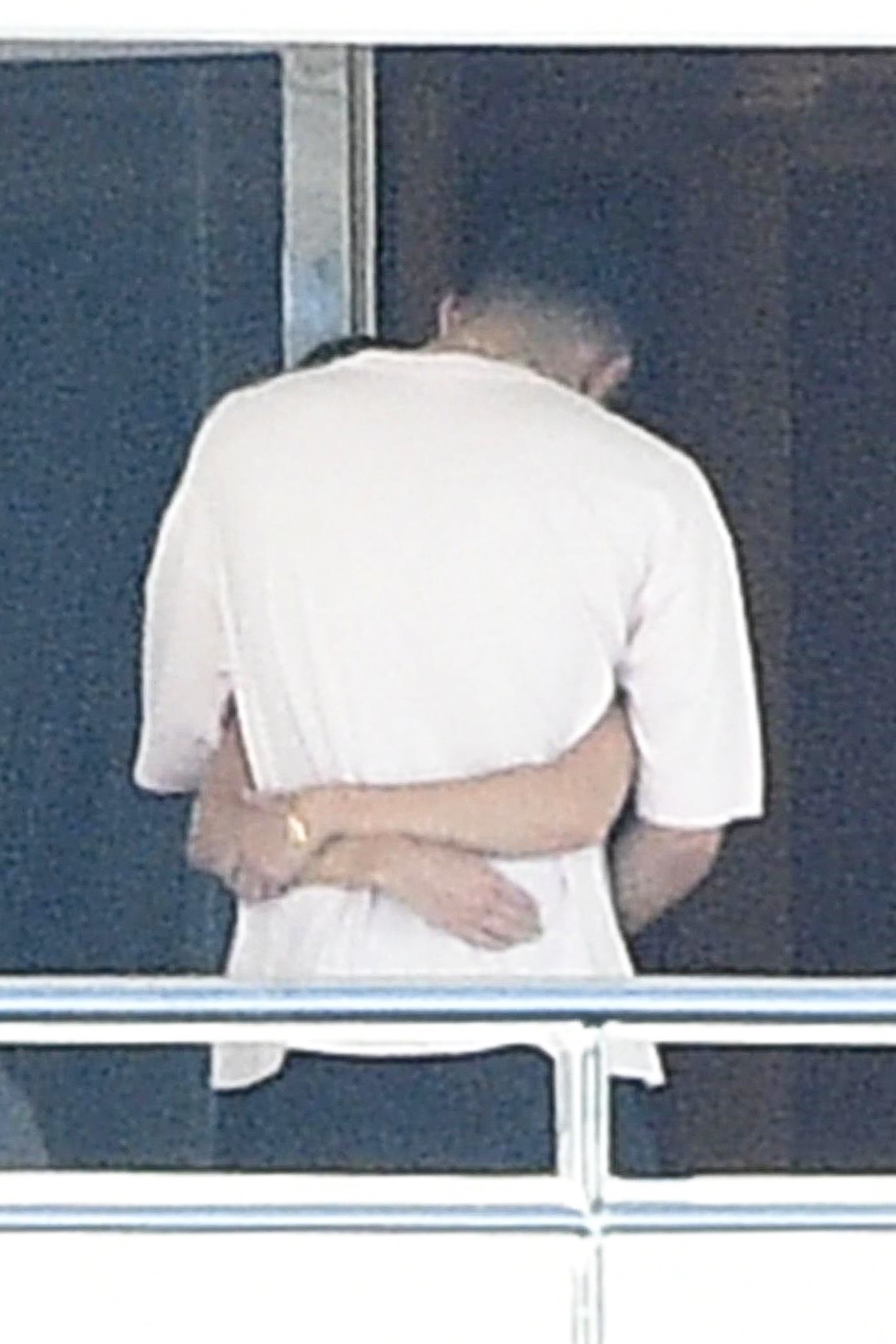 The athlete took home the prize as a part of Team USA’s basketball team, who picked up their fourth straight gold medal in Tokyo this summer. 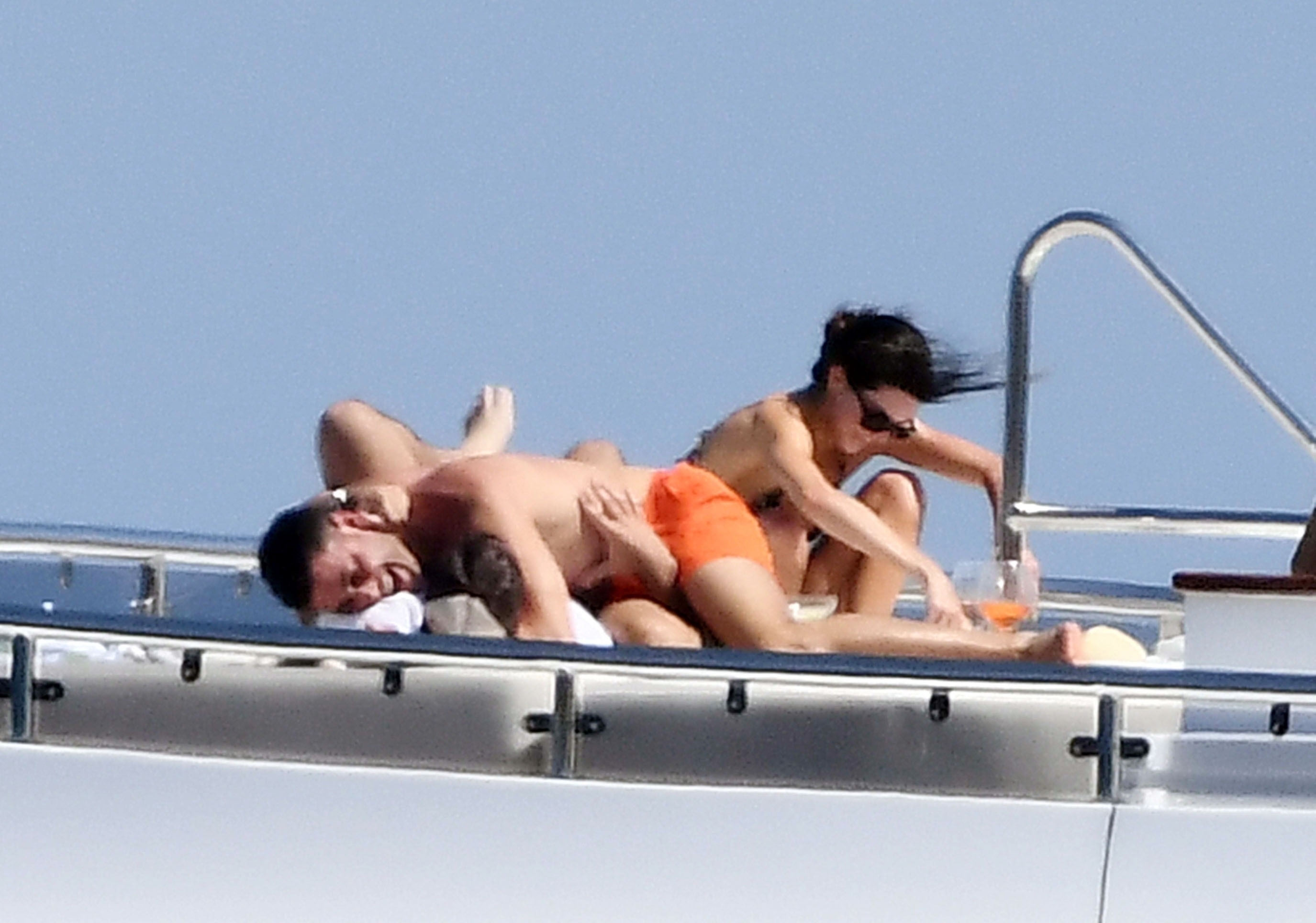 Jenner congratulated her beau on Instagram at the time, posting a photo of her TV with a shot of the team and captioning it with an emoji of a gold medal. 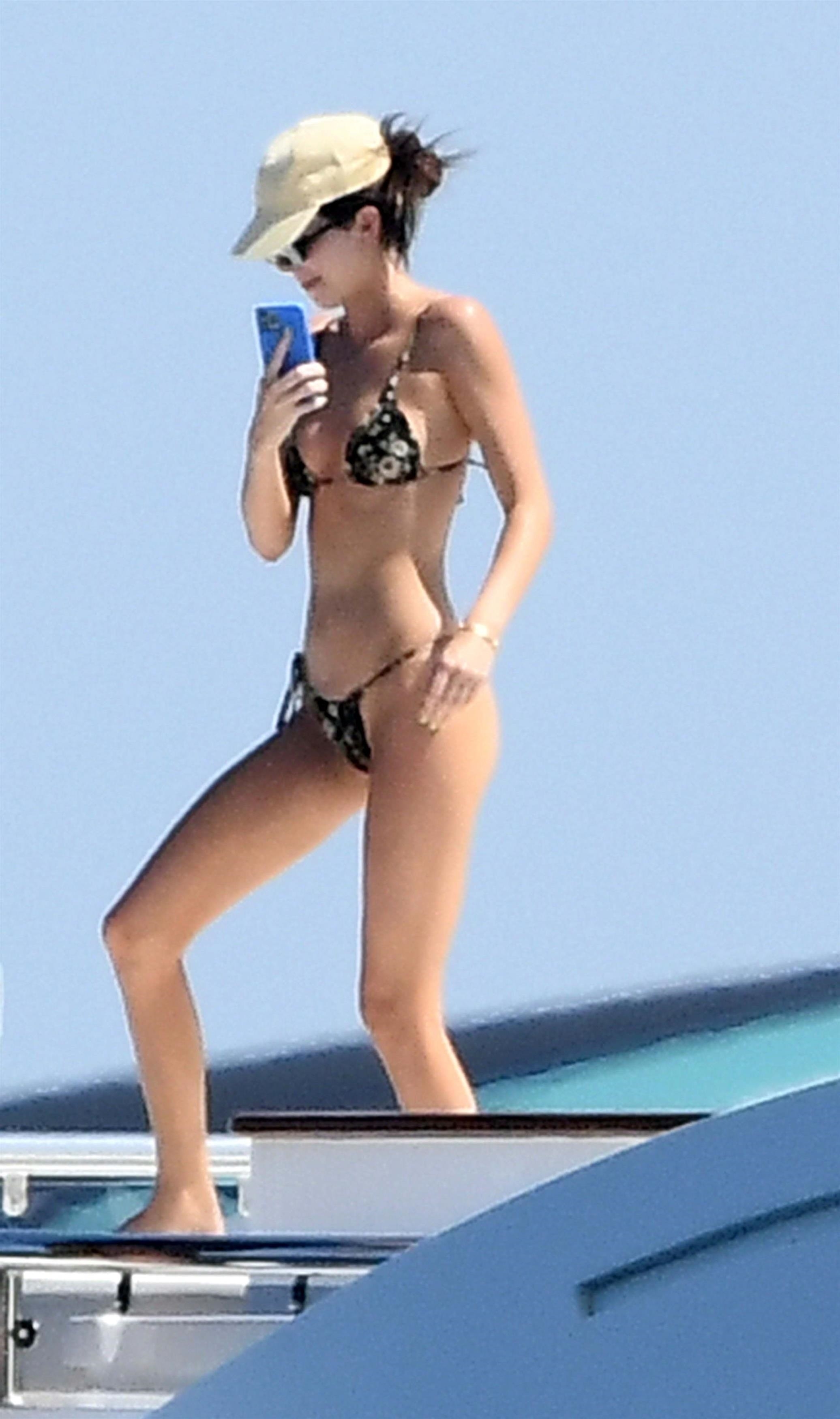 The Phoenix Suns shooting guard and the “Keeping Up With the Kardashians” star first sparked romance rumors in April 2020 after sources claimed the runway pro had been spending time in Arizona. 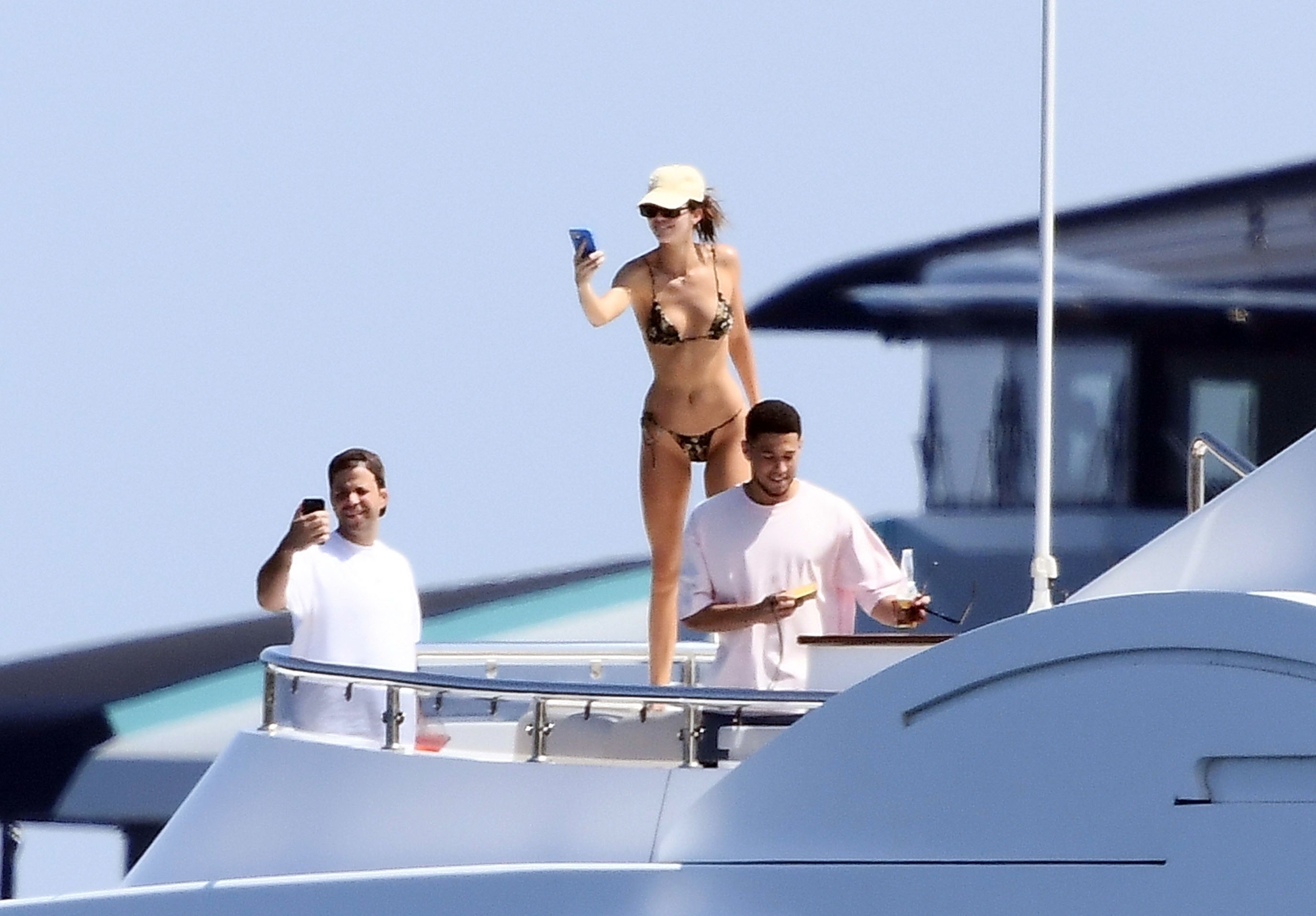