Bunnies, co-workers on the up-and-down life of Hugh Hefner

These bunnies are not hoppy.

Kendra Wilkinson says she’s trying to move on after “Girls Next Door” co-star Holly Madison rehashed their years-long feud in a new podcast.

“Dude… it’s 2021,” Wilkinson, 35, commented on an Instagram post Wednesday about Madison’s “Call Her Daddy” interview, in which the 41-year-old reflected on their past friendship and time together in the Playboy Mansion.

She added in a second comment, “Times have changed. I forgive and have kids to love and focus on.”

When a netizen accused Wilkinson of “hating” on Madison, the “Kendra on Top” alum replied, “How am I hating. She’s [the] one out there. I’m all love now baby.”

But when another Instagram user wrote that Madison shouldn’t be “shamed” for sharing her experience, Wilkinson softened her stance.

“Ok if you believe this will help women then I will try to understand,” she conceded. “I wish I had more time with Holly to understand this side…I wish her the best in life and this helps heal her.” 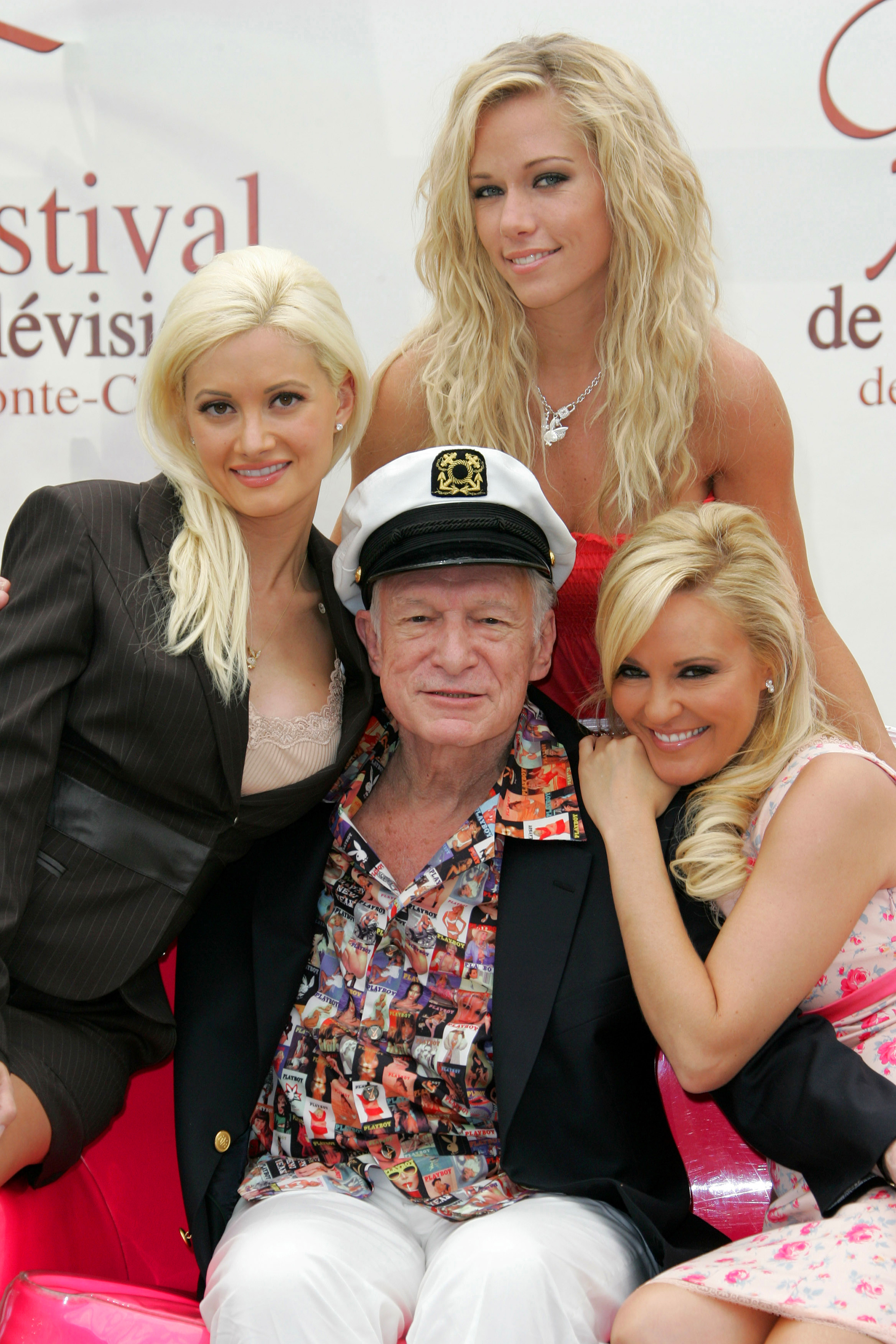 Wilkinson’s response came after Madison claimed that all women had to sleep with the late Hugh Hefner before moving into the mansion, debunking Wilkinson’s previous insistence that she was not intimate with the Playboy founder beforehand.

“I had to sleep with him first,” the “Holly’s World” alum said on Wednesday’s episode of the Barstool Sports podcast. “I’m not trying to slut-shame anybody or anything, but nobody ever got asked to move in unless they had slept with him. No way.”

Madison and Wilkinson have long been open about having beef with each other. Wilkinson previously claimed they had to pretend to be friends on the E! series, and she has also blasted Madison’s memoir, “Down the Rabbit Hole: Curious Adventures and Cautionary Tales of a Former Playboy Bunny,” claiming the book was a form of “revenge.”

Wilkinson, who recently became a real estate agent, married Hank Baskett in 2009, but they divorced in 2019. They share two children together.

Meanwhile, Madison was most recently linked to Zack Bagans before their February breakup. She was previously married to Pasquale Rotella for four years, with their union ending in 2018.