‘Kick them into action’: Fire group takes EPA to court over climate

Lisa Roberts spent 25 years building a native plant business that was as sustainable as they come, with off-grid solar power and water harvesting, only to see it go up in flames in the recent bushfires.

Her home and nursery in Wandella in southern NSW reduced to rubble, Ms Roberts fled to Canberra, powerless to act as fires threatened another venture in nearby Pialligo. Living in the smoke-choked capital also damaged her vocal cords, which have still not recovered. 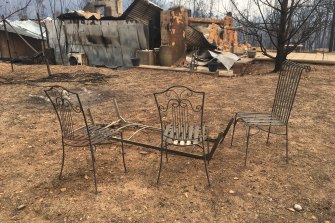 Lisa Roberts and her partner lost their home and nursery in Wandella in summer’s bushfires, prompting her to lead a novel legal case against the NSW Environment Protection Authority.Credit:Lisa Roberts

"A part of me totally rages at the world for its totally inadequate response to climate change," Ms Roberts said. "Everybody's safety is at risk."

That anger is being now channelled into a legal challenge against the NSW Environment Protection Authority. Bushfire Survivors for Climate Action, of which Ms Roberts is a member, began the suit last week with the NSW Environmental Defenders Office "to kick [the EPA] into action", she said.

EDO chief executive David Morris said the case, in the Land and Environment Court, would seek to force the EPA, which does not have a climate policy, to use its powers to keep communities safe from the increasingly severe impacts of a warming world.

Mr Morris said the EPA was chosen as a test case among similar agencies nationally in part because of a section of the Protection of the Environment Operations Act 1997.

"It's an opportunity for the EPA to recognise they have a legal obligation to take action," he said. "They should have a policy and a plan to address the greatest threat to the environment." 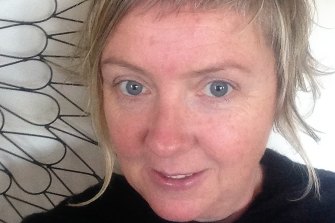 ‘A part of me totally rages’: Lisa Roberts, a horticulturist entrepreneur, is part of a legal challenge against the NSW Environment Protection Authority after bushfires hit her multi-million businesses hard.

An EPA spokesman said the agency had received court documents from the EDO "and is considering them". A spokesman for NSW Environment Minister Matt Kean said it was "inappropriate to comment" on an ongoing legal matter.

The Land and Environment Court has made significant climate-related decisions before, including in February last year when it found the final, so-called scope 3 greenhouse gas emissions produced by burning coal should be taken into account when considering the environmental impacts of new mines. 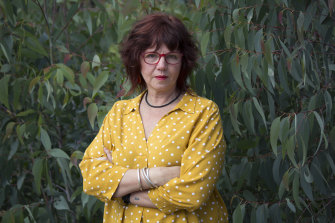 Bushfire Survivors for Climate Action chairwoman Jo Dodds says she can’t look at the environment without imagining how it will look when it is burnt.

Bushfire Survivors chairwoman Jo Dodds, who is also a Bega Shire councillor, said the group's 30-odd members had endured fires from the 2003 blazes in Canberra, Black Saturday in Victoria in 2009 and the fires that devastated parts of her town in Tathra two years ago.

Cr Dodds said the legal action was aimed at making the EPA "live up to its remit".

The agency "needs to have adequate policies around climate change", including setting limits on greenhouse emissions and enforcing them, she said.

Cr Dodds said she had to evacuate to the Bega River in 2018 and watch on as aerial water bombers tried to save hers and other homes from being engulfed in flames.

That experience, and the past season's endless fire threat, had left lingering emotional scars.

"I'm always looking at the environment and imagining what it will look like when it burns," she said. 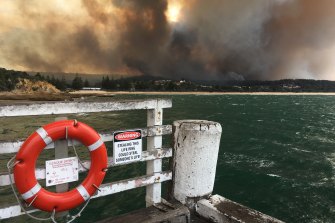 At the time, the Tathra bushfires in March 2018 seemed unseasonal because they erupted in autumn. Last fire season, though, ran from July until February 2020.Credit:Suzie Duffy