Kim Zolciak’s 19-year-old daughter, Ariana Biermann, has had her lips plumped but denies getting a bevy of other tweaks to her body.

Biermann wrote “SURE DID :)” when a fan asked “did you get your lips done” during an Instagram Q&A over the weekend.

“AND I FUXKING LOVE THEM,” she continued. “BEST THING I EVER DID.”

Her answer popped up over a selfie snapped in the car with Biermann’s pink, pouty lips on full display. 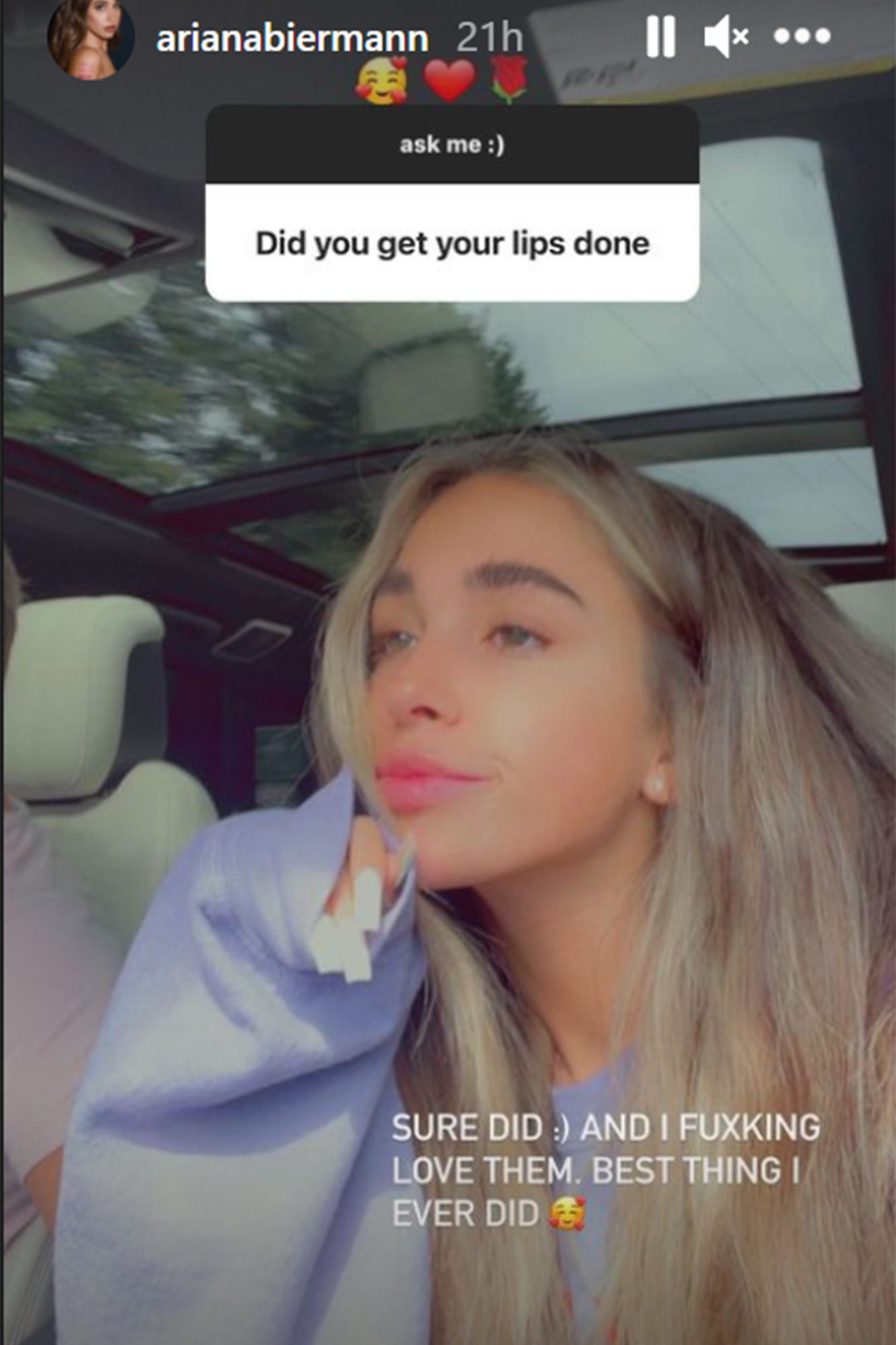 The Q&A opened the floodgates for fans to ask Biermann about her appearance, including inquiring about whether the teen got liposuction or a tummy tuck. Biermann quickly shot those questions down with another all-caps response, writing, “NOPE JUST WORKED MY ASS OFF.”

She said her highest weight ever was 167 pounds and that she currently weighs 118 pounds.

Another fan asked, “Do you have jaw filler?”

“LOL NO,” Bierman responded with another selfie showing off her jawline. 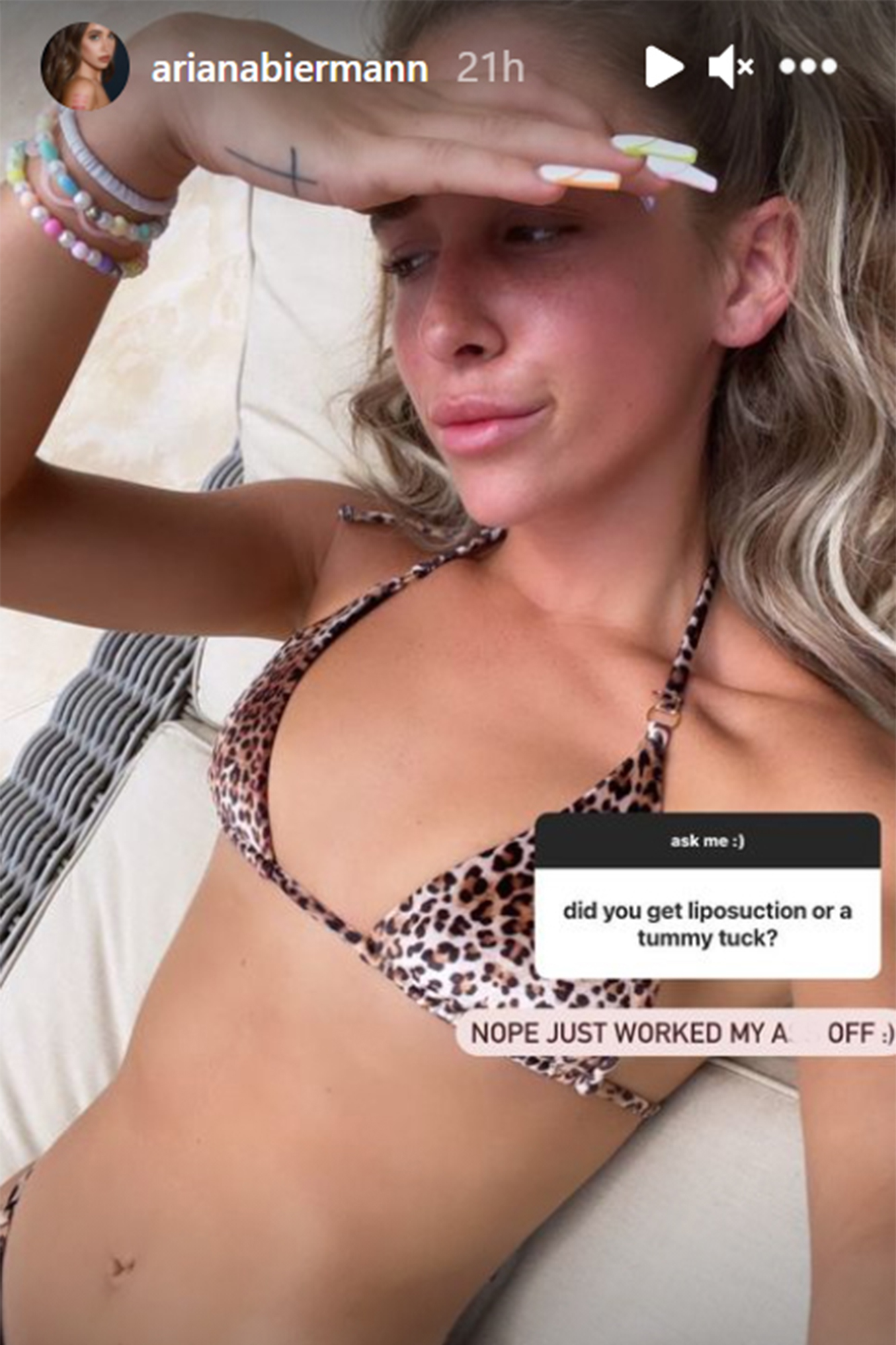 She also appeared to be against getting breast implants when asked whether she’d “get the girls done.”

Zolciak — who is certainly not shy about getting lip fillers — said back in 2019 that Ariana was free to get her lips done after she turned 18.

Meanwhile, Ariana’s older sister, 24-year-old Brielle Biermann, recently shot down rumors that she’d gone under the knife, saying that her changing appearance was only noticeable because she’d grown up in front of the cameras.

She first appeared on reality TV at just 13 years old when her mom joined the first season of “The Real Housewives of Atlanta.” 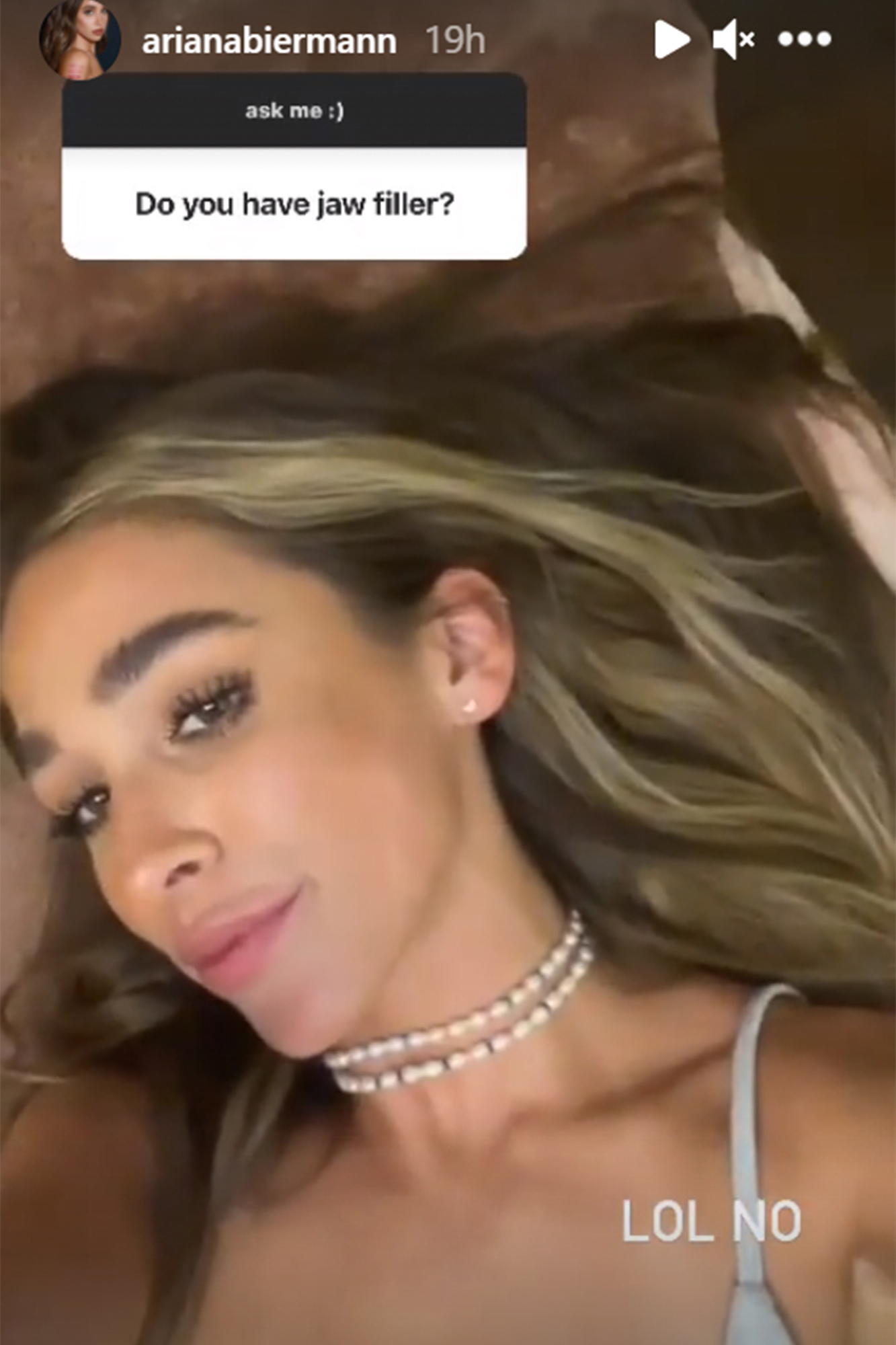 “They don’t realize that you look different when you’re 10 years old to 24,” she said on “Watch What Happens Live” in May. “I hope I look f–king different!”

She showed off her weight loss in a bikini just weeks later and credited dropping pounds to a weight-loss product.

Brielle did ‘fess up to having lip fillers in February 2020.