In March the Spanish royal family released a statement revealing the king would not take his inheritance. The statement stated the royal would be renouncing “any asset, investment or financial structure whose origin, characteristics or purpose may not be in accordance with the legality or with the criteria of rectitude and integrity that shape his institutional and private activity.”

The Spanish royal family is the ninth richest in the Europe.

The family has eight palaces, five country homes and 10 monasteries. However, they are far from the wealthiest royal family.

The British Royal Family’s net worth is, in comparison, is thought to be up to £459m. 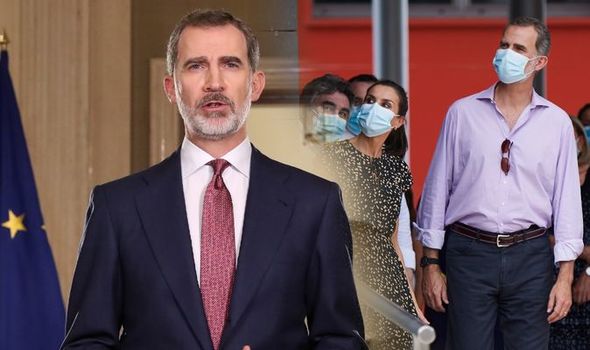 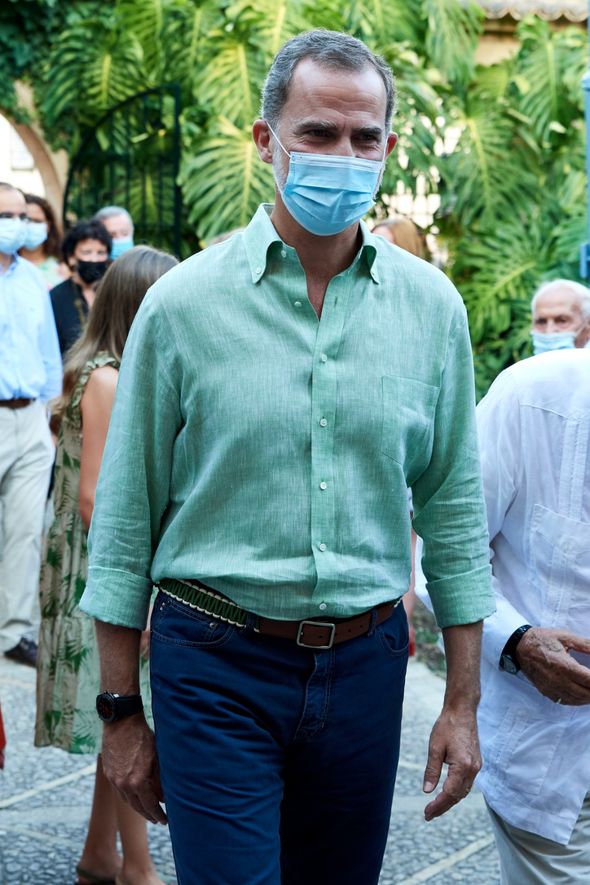 The The Grand Ducal Family of Luxembourg has a whopping net worth of around £3bn.

As for King Felipe VI’s personal net worth, it is not a matter for public record.

In fact, five years ago the king cut his yearly salary from the Spanish public purse.

King Felipe VI is married to Queen Letizia, who stepped out wearing a red dress in the country yesterday.

The 47-year-old was joined by her husband on the day trip and the couple also had their two children in two, Leonor, Princess of Asturias, 14, and Infanta Sofía of Spain, 13.

The gown is the ‘Textured Midi Dress With Belt’ from Spanish designer Adolfo Dominguez. 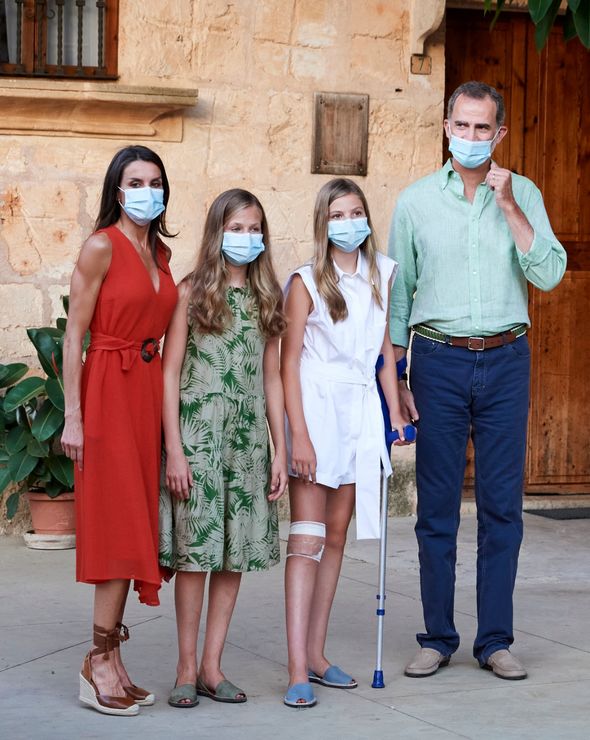 Queen Letizia married Felipe in 2004. Beforehand she worked as a television journalist.

She was a news anchor at CNN+ and Televisión Española.

Hailing from Oviedo, she was previously married to teacher Alonso Perez. 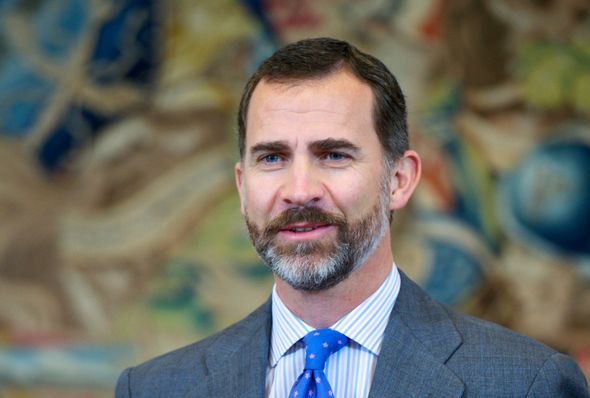 Queen Letizia supported Infanta Sofia who was seen walking with a crutch.

The young royal’s knee was bandaged, prompting royal fans’ questions over how she got injured.

Someone else claimed that”she hurt it somehow and had 5 stitches. That is all I can find out.”

The family are currently staying at the Marivent Palace in Mallorca.