The reality star, 42, proved she’s her boyfriend’s biggest fan on Friday when she gamely wore a sweatshirt supporting the drummer’s band, Blink-182.

Her hoodie is currently available to purchase for $54.90, and features an anime girl and Japanese kanji lettering.

The design appears to be a nod to the band’s ’90s-era logo, when they simply went by Blink; the graphic was based on a character from the Ranma 1/2 manga.

Blink-182 reunited in 2009 after a several-year hiatus, with original members Mark Hoppus, Tom DeLonge and Barker all returning. However, DeLonge left the band in 2015, and was replaced by Matt Skiba.

In August 2020, the band released their song “Quarantine” and, earlier this year, 45-year-old Barker confirmed their next album will be released in 2021. 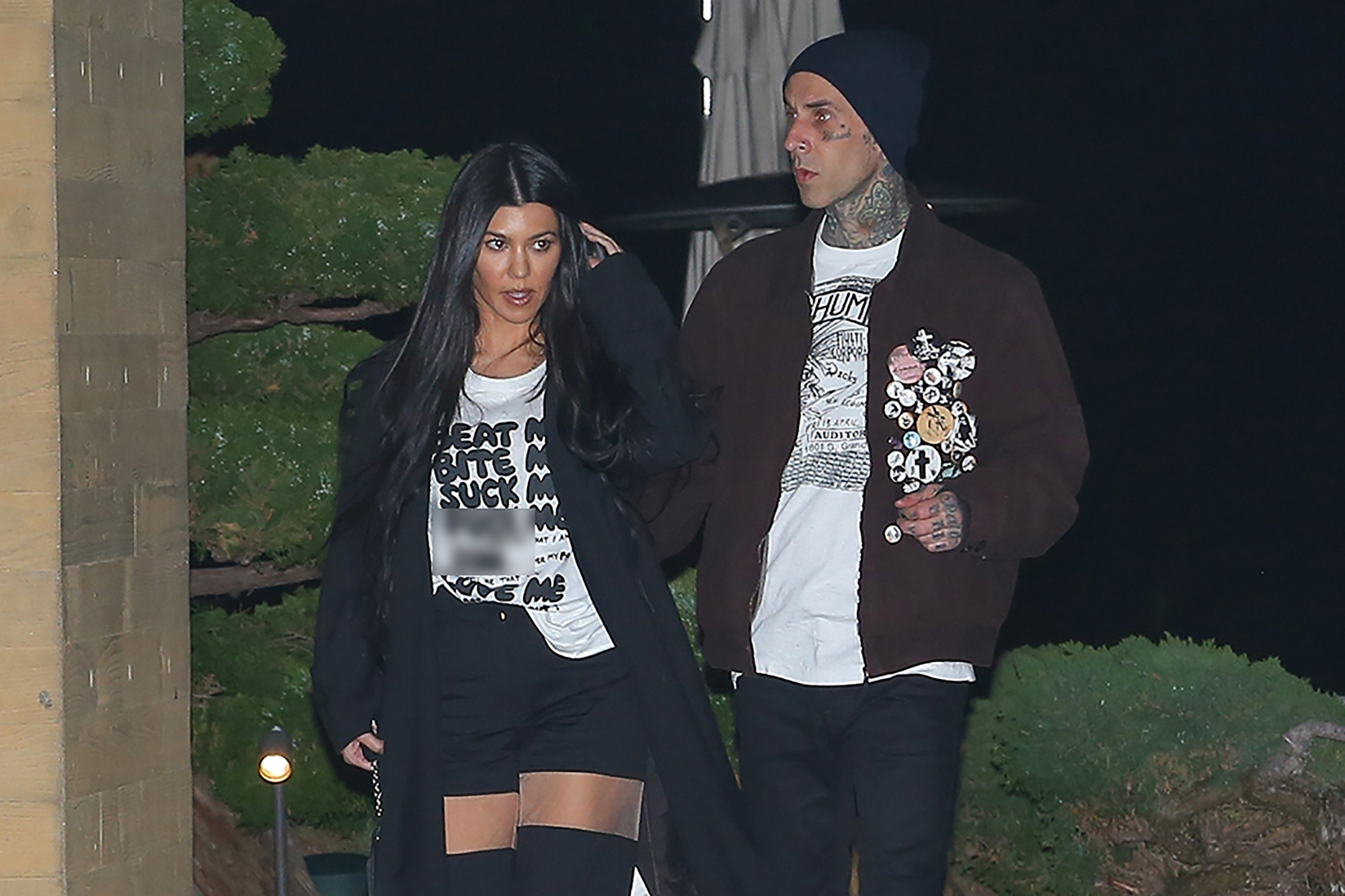 This isn’t the first time Kardashian has embraced her inner rocker to match her beau; for a date with Barker in March, she sported a very NSFW T-shirt printed with lyrics to the 1994 tune “Love Me” by punk rock band The Queers.

However, the Poosh founder thinks it’s funny that fans believe Barker’s changed her style, and recently clapped back at one fan who suggested as much.

Just don’t be surprised if Kardashian tags along with Barker when he heads out on tour — sporting the band’s merch, of course.