LA GALAXY have released Serbian winger Aleksandar Katai after a series of "racist and violent" social media posts by his wife.

In Instagram posts that have since been deleted, Tea Katai referred to Black Lives Matter protesters as "disgusting cattle". 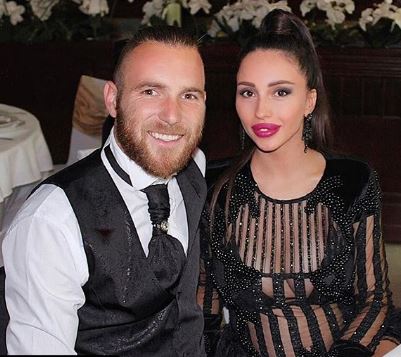 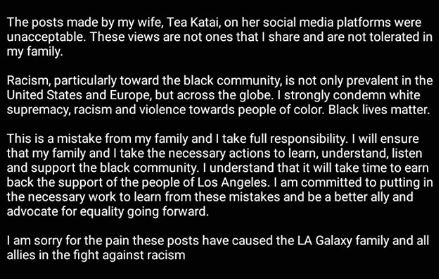 She also urged violence against them, according to media reports.

Black Lives Matter supporters have protested in cities across the US and the wider world since the death of George Floyd.

The 46-year-old was an unarmed black man killed when officer Derek Chauvin knelt on his neck for more than eight minutes while restraining him.

LA Galaxy released a brief statement on Friday announcing that midfielder Katai and the team had "mutually agreed to part ways," after "strongly condemning" Tea Katai's posts when they became aware of them on Wednesday.

The statement continued: "The LA Galaxy stand with communities of colour, and especially the Black community, in the protests and fight against systemic racism, social inequality, bigotry and violence.

The 29-year-old Katai, who previously played for the Chicago Fire and signed with LA Galaxy in December, has apologised for his wife's social media postings.

He uploaded a lengthy statement onto his own Instagram page where he said her views "are not ones I share and are not tolerated in my family".

The 29-year-old added: "This is a mistake from my family and I take full responsibility."

Katai signed with the Galaxy as a free agent on December 31.

He moved to the MLS with the Chicago Fire in 2018 after a career in Europe, including time with Serbian giants Red Star Belgrade.

He had scored 18 goals in his first two seasons with the Fire, who signed him from Spanish outfit Alaves.

The MLS season has been on hold since March, when the coronavirus outbreak froze much of the professional sports calendar. 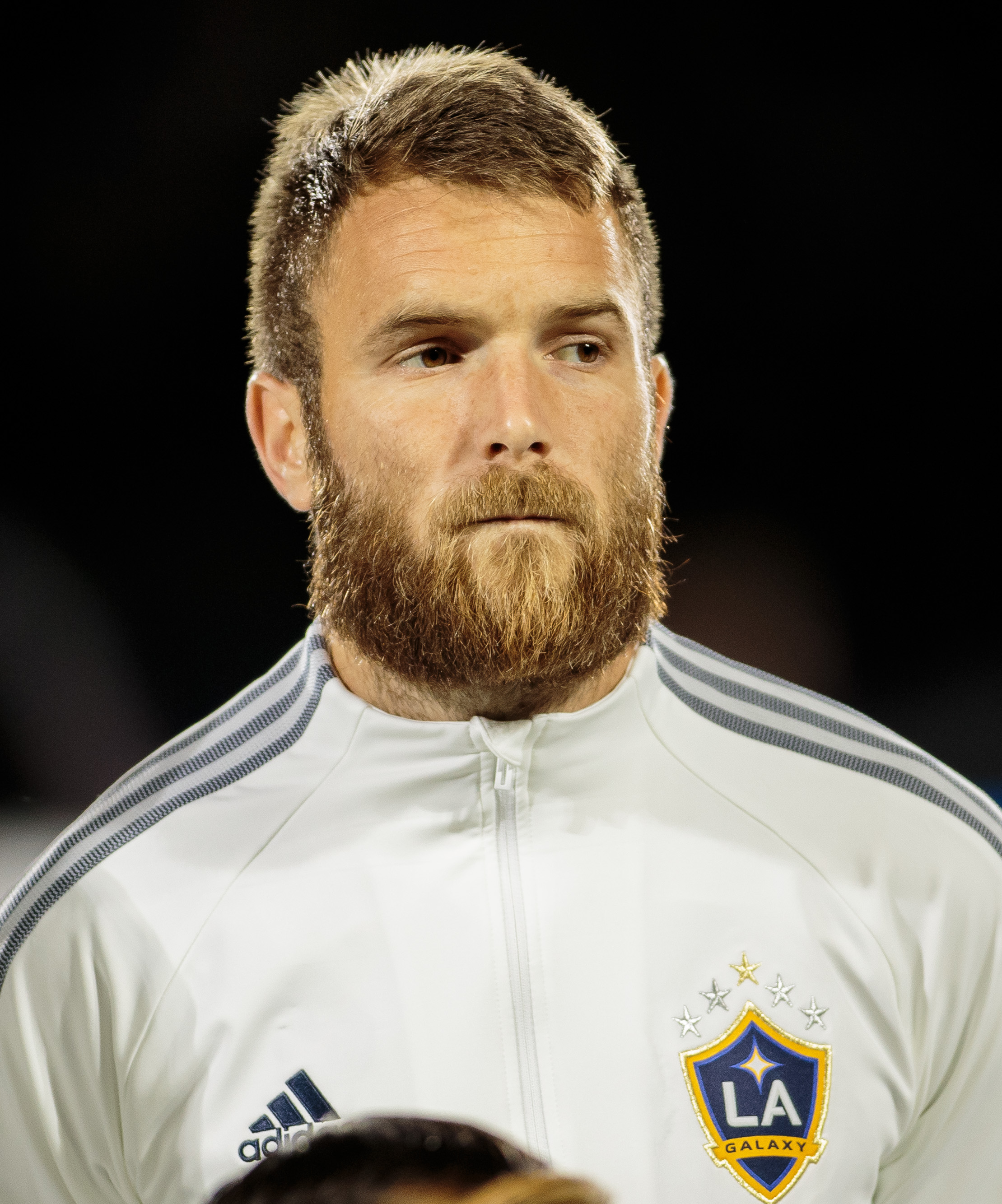