Lady Gaga’s dog walker was spotted for the first time since he was shot in the chest four times in February while walking the singer’s French bulldogs.

Ryan Fischer was photographed smiling and waving to paparazzi on Thursday while hanging out on a balcony with friends in Los Angeles.

The heroic hound handler, 40, donned a brown sun hat, a white long-sleeve shirt and blue, flower-patterned shorts as well as a beaded chain that carried his face mask. 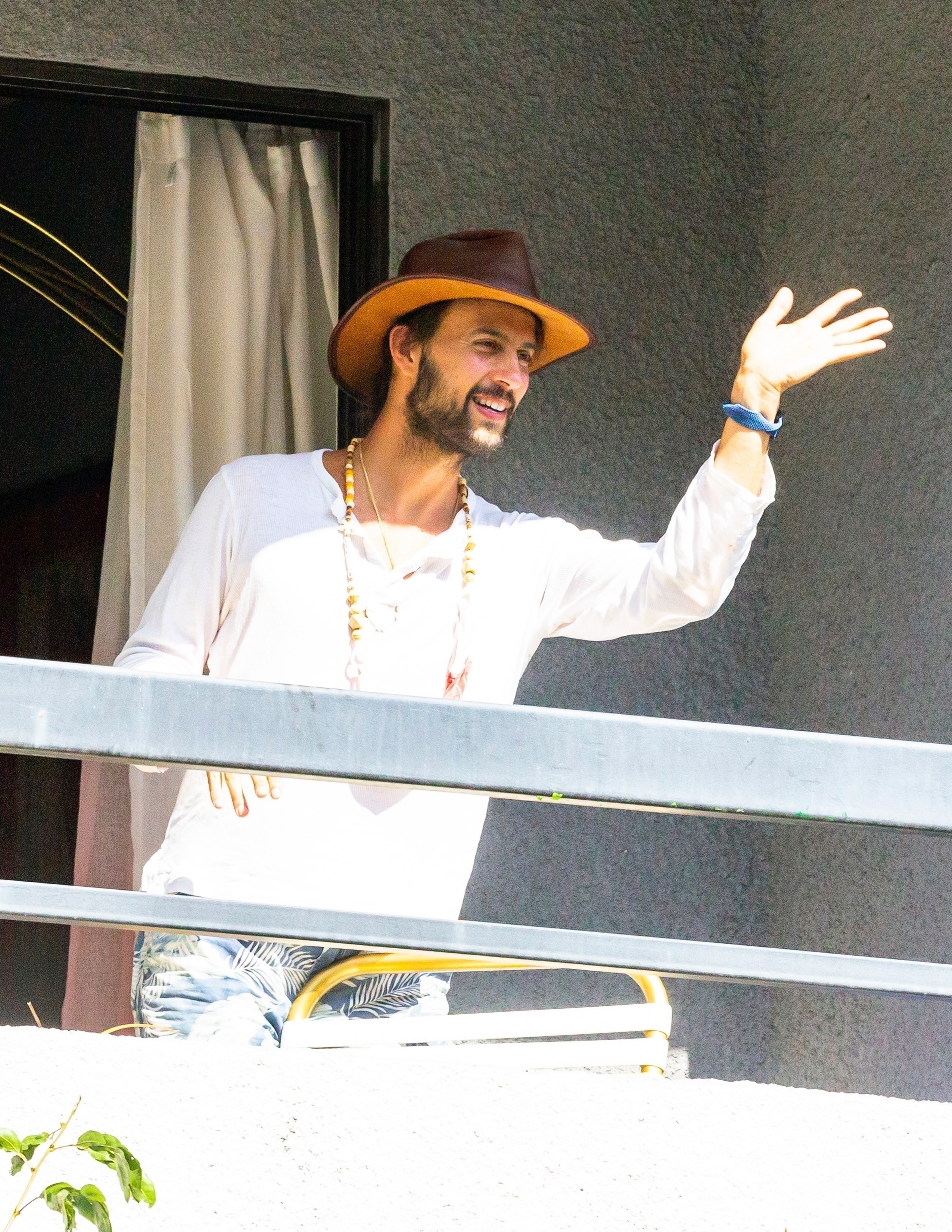 Fischer was seen moving around comfortably and was able to lift his arms overhead as he spent time outside.

On Feb. 24, Fischer was on a stroll with Gaga’s beloved pooches Gustav, Koji and Miss Asia in LA when a band of crooks shot him in the chest four times before getting away with two of the helpless animals, Gustav and Koji.

Miss Asia was left behind at the crime scene and stayed with Fischer until paramedics arrived. 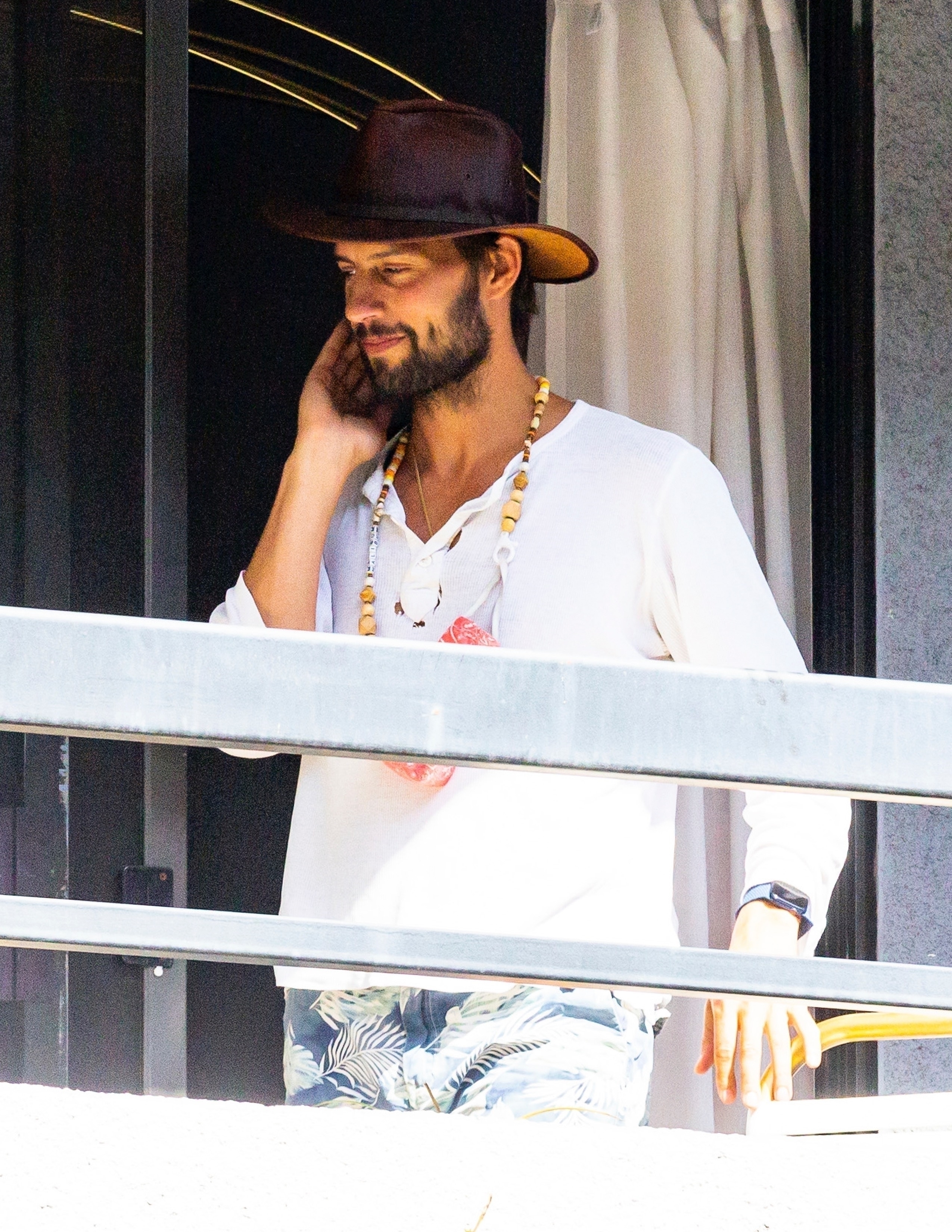 The incident took place around 9:40 p.m. when a four-door sedan pulled up and two men attacked, police said at the time. When Fischer put up a fight, the men shot him and took off with the two dogs.

A day later, Gaga’s dad, Joe Germanotta, revealed that Fischer was in stable condition and was going to be “OK.”

He was discharged from the hospital in early March. 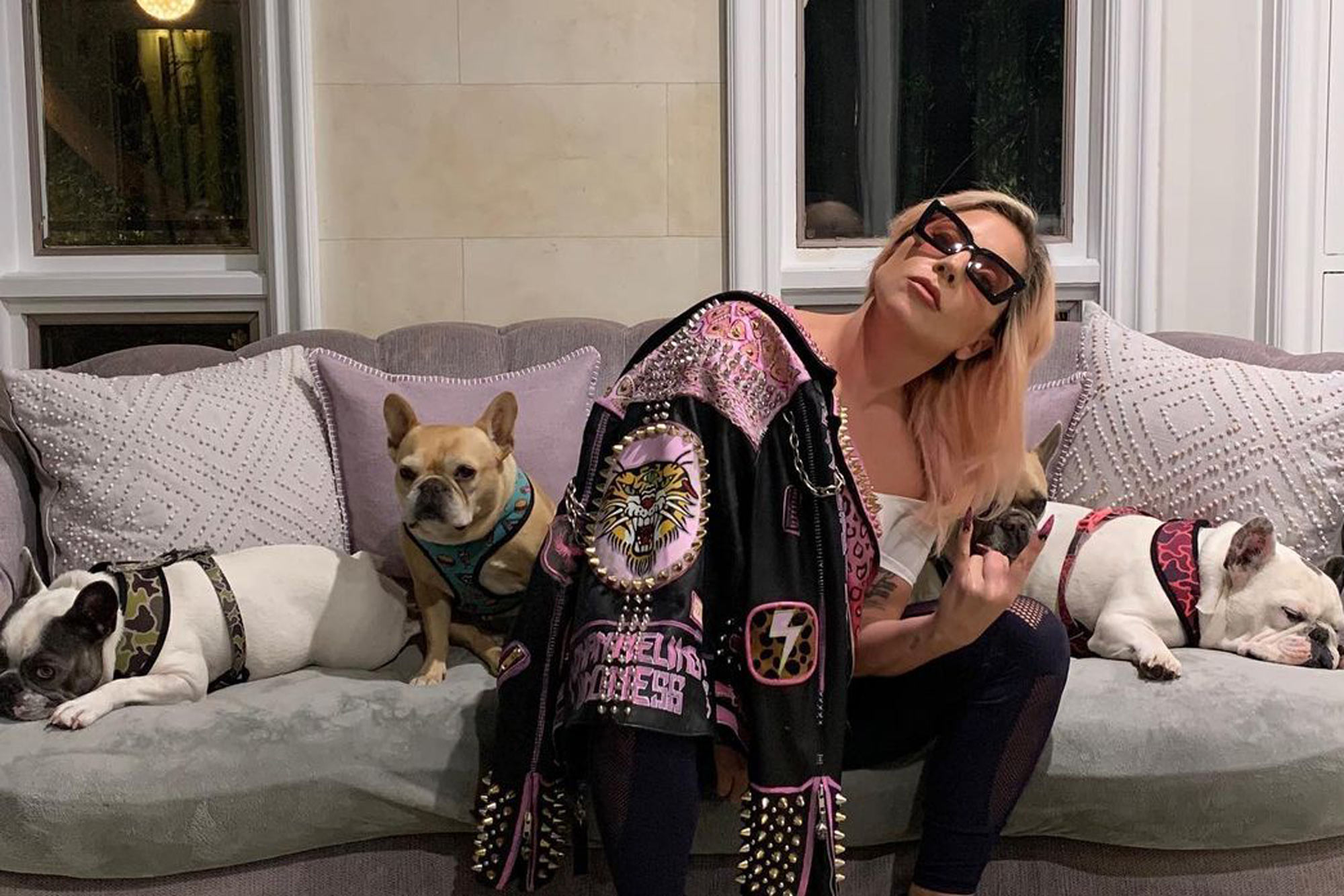 Following the attack, Fischer reportedly moved out of his home to be somewhere “safe and secure.”

Meanwhile, Gaga, who was shooting the movie “House of Gucci” in Italy at the time, offered up a $500,000 reward for the return of the dogs. They were found unharmed later that month.

The alleged gang members behind the dognapping were arraigned in Los Angeles in April.