“This is the kind of thing that could have never happened,” said Morgan Neville, surveying the bustling scene at Les Halles on Thursday night. “I mean, how unusual is it for a restaurant to close and to be empty for five years, and then come back and have this kind of experience?”

Guests at the restaurant — which closed in 2017, but is back for a three day pop-up — had just come from a screening of Neville’s heavy-hitting documentary “Roadrunner,” about the late chef Anthony Bourdain. And in a bit of New York City magic, Les Halles owner Philippe Lajaunie had reopened the iconic brasserie at 411 Park Avenue South led by Bourdain for many years, to celebrate the film’s release.  For three nights only, the restaurant will resume service with a “best-of” menu: onion soup, steak and fries. (Interested diners can buy reserved tickets through event partner Resy.)

Inside, the restaurant was very much the same as it had been for many years, with the patina of some slick renovations. A glass case toward the back of the restaurant served as a time capsule, filled with photos and ephemera of Bourdain’s days at the restaurant.

As guests like chef Andrew Tarlow, Sean MacPherson and Rachelle Hruska filed in the front door, Neville held court in a corner booth toward the back of the restaurant. The director chatted with Lajaunie and producer Christopher Collins, who both appear in the film, before taking his dinner seat next to music producer Mark Ronson.

“Philippe [Lajaunie] was just saying how surreal it is. It’s amazing,” said Neville of the pop-up. “I was just going through the kitchen, because I had seen it in footage so much. I actually got to walk around, and it was like, oh — yeah, that’s where Tony’s always cooking, and that’s the staircase he was always running up and down.”

While it was the director’s first time visiting the back-of-house at Les Halles, it wasn’t his first time at the restaurant. “I ate here like 15 years ago,” he said. “But it’s been a long, long time.”

“Roadrunner” premiered last month at the Tribeca Festival, and will get a theatrical release on July 16. 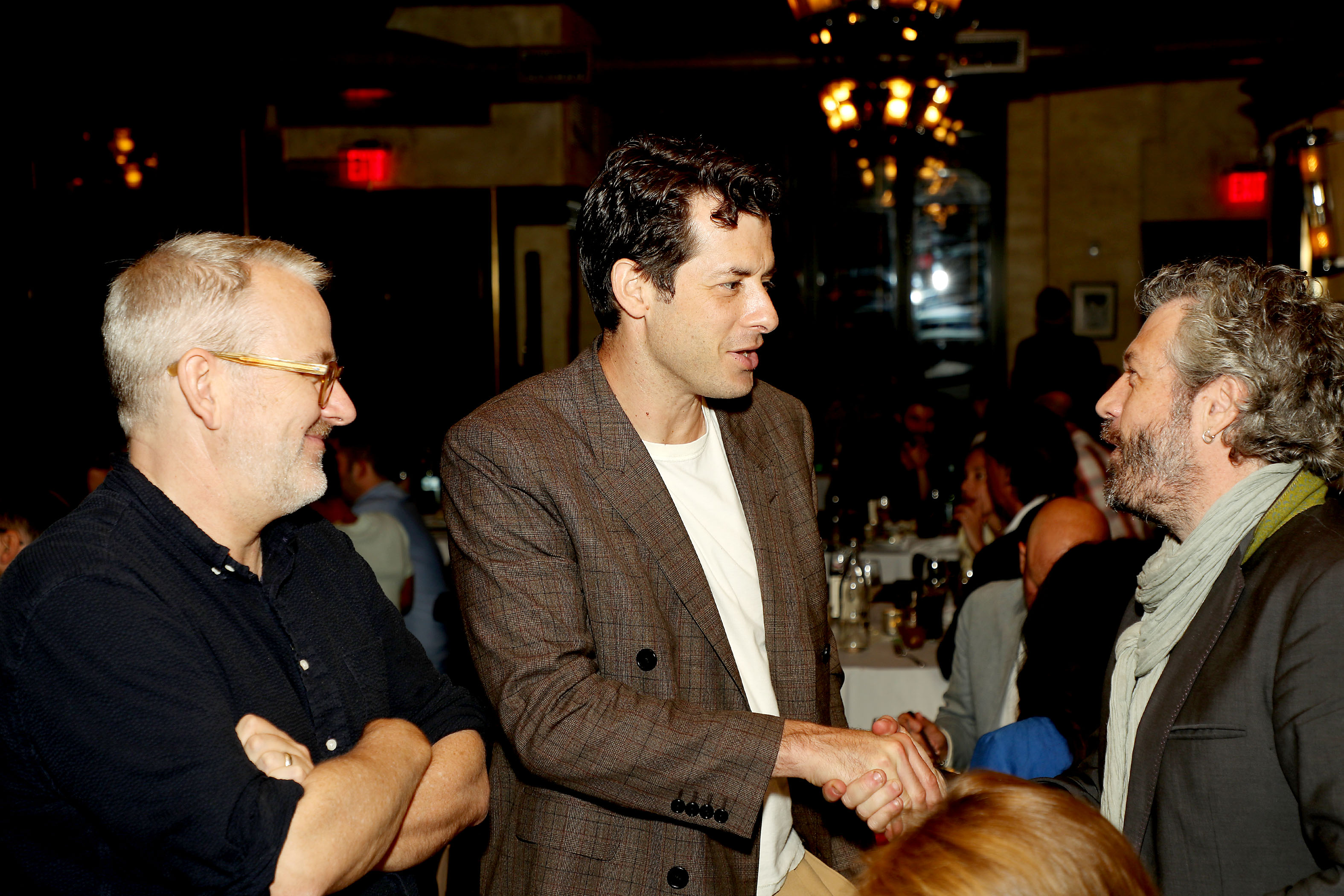 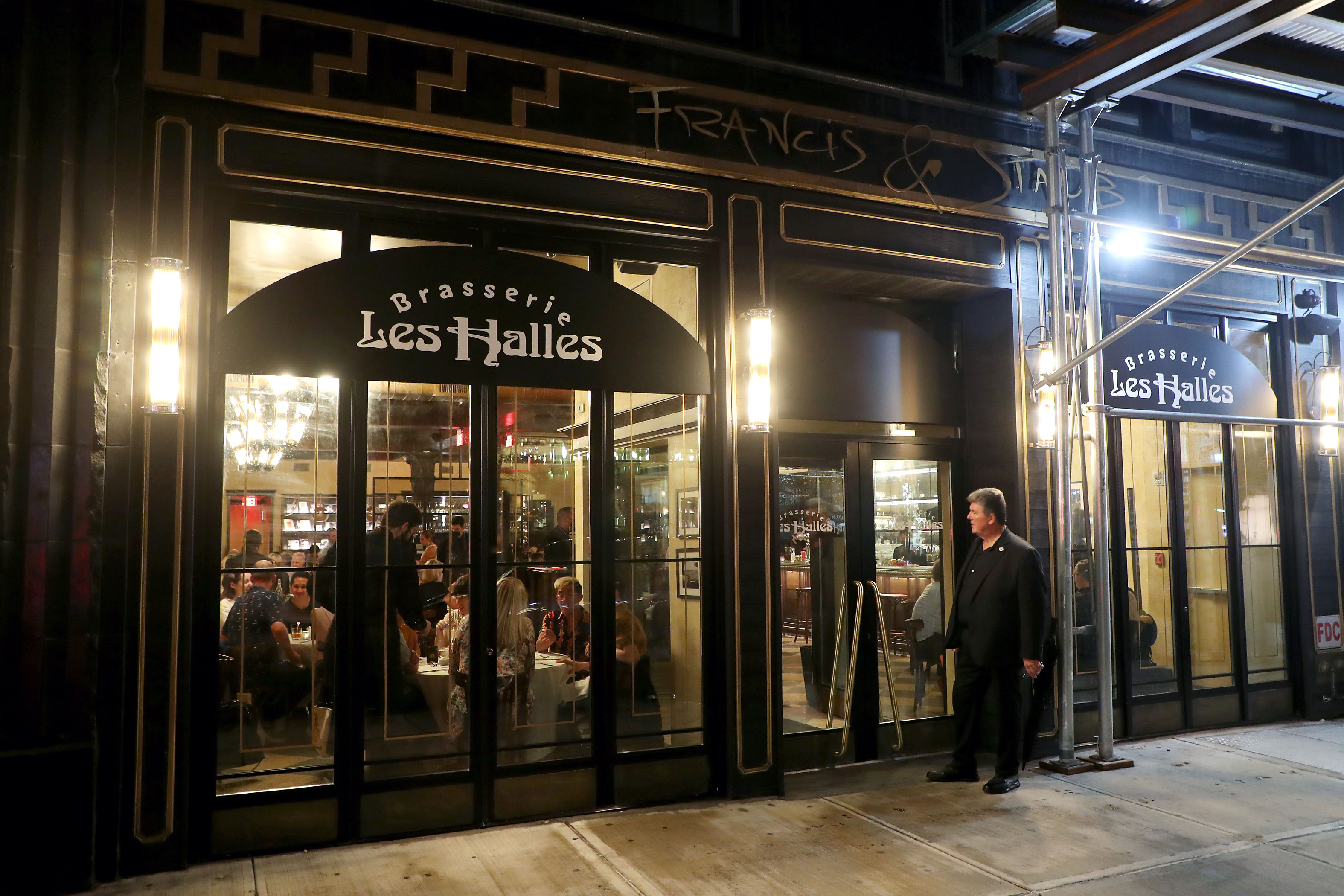 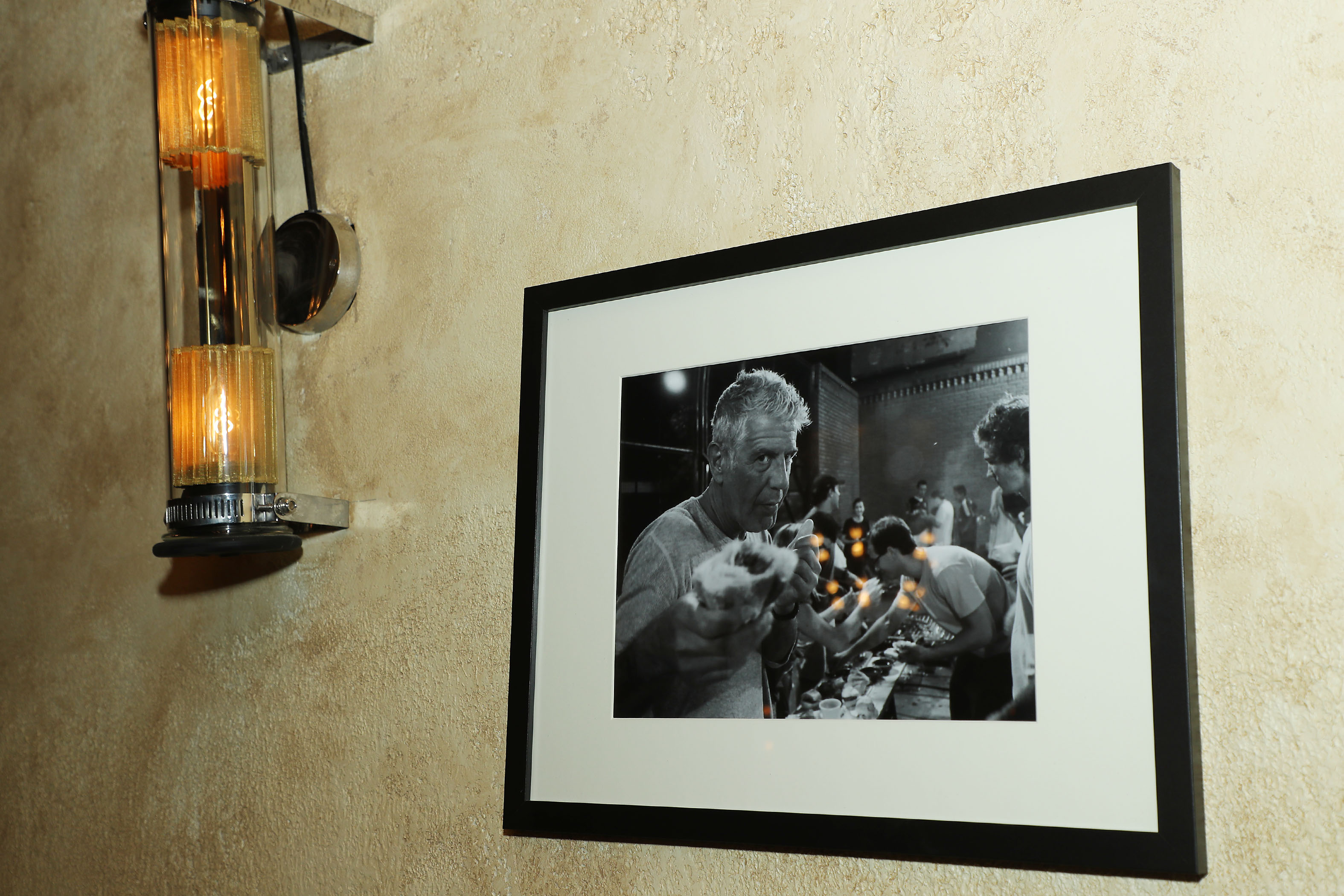