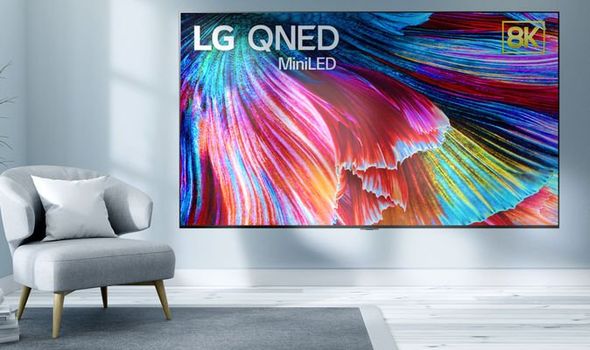 LG has confirmed plans to adopt a new display technology for its upcoming slate of 4K and 8K Smart TVs. The South Korean firm will leverage Mini LED technology for improved viewing experiences at home, with the first next-generation sets scheduled to be unveiled in an online-only CES keynote presentation later this month.

Mini LED might not be widely available right now, but this technology has already garnered a huge amount of interest from some of the biggest companies on the planet. Apple is widely-rumoured to use Mini LED panels in its forthcoming iPad Pro and MacBook revisions. A leaked internal report from Samsung claims the firm is planning to ship some 2 million Mini-LED TV sets this year alone.

So, why is everyone so keen on this new technology? According to LG, which plans to refer to Mini LED as “QNED” in its marketing material for new tellies, this next-generation panel will result in superior brightness and higher contrast compared with traditional LCD TVs. That’s because QNED packs much more LED bulbs.

Whereas current-generation LCD TVs boasts a few hundred LED bulbs to light the small individual pixels that, when viewed from a distance, make up the picture on-screen, Mini LED sets squeeze thousands of LED Bulbs. Combined with the additional dimming zones, Mini LED TVs are able to lower and increase the brightness with greater accuracy. That means scenes with a combination of dark and bright elements (like a torch in cave, or a window in a prison cell) will remain accurate. On current-generation sets, the gloomier portions of the screen can become brighter – with dark pixels looking closer to grey.

“LG’s innovative Mini LED backlighting comprises up to almost 30,000 tiny LEDs that produce incredible peak brightness and a contrast ratio of 1,000,000:1 when paired with up to nearly 2,500 dimming zones and advanced local dimming technology”, the company claims in its announcement.

If you’re shopping for the pinnacle of picture quality, you’re still best looking into an OLED TV. While QNED packs hundreds more LED bulbs than current LCD TVs, this still falls short of OLED. That’s because OLED doesn’t use a backlight at all, instead each individual pixel is its own light source. So, each individual pixel can be switched on and off – allowing an incredible amount of precision when controlling the picture on-screen.

LG says it sees QNED becoming the new LCD – that’s to say, the new entry-level option for most consumers. OLED is likely to remain a pricier option and therefore is unlikely to be as widely adopted. The South Korean company’s 2021 line-up of TVs include 10 new 4K and 8K models, spanning up to 86-inches.

“It’s not hard to see why LG QNED Mini LED is the new LCD TV to beat,” LG states.

“Our new QNED series is a premium home entertainment option that expands and improves the LCD TV space and gives consumers another terrific viewing choice,” said Nam Ho-jun, senior vice president of Research and Development at LG’s Home Entertainment Company. “These TVs deliver an experience that set them apart from other LCD TVs and speak to our commitment to innovation and pushing the standard forward.”