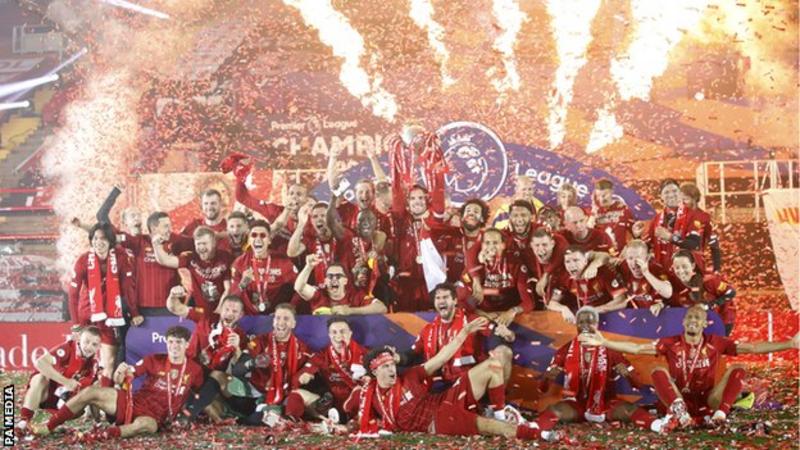 Liverpool manager Jurgen Klopp has suggested the Premier League champions are not planning any major signings this summer.

Klopp has cautioned against the club making big outlays as a result of the uncertainty caused by the coronavirus pandemic – despite their Premier League rivals already spending significant money.

Chelsea have made significant moves on the transfer front and Manchester City are close to adding to their squad in the next few days.

So, as Klopp aims to “attack, not defend” their title, does he need to buy in this window? Three former Reds players – defender Gary Gillespie, winger John Barnes and striker Emile Heskey – give their views to BBC Sport.

‘A little bit bare’ – a case for the defence

“They are a little bit bare,” said Gillespie, who won three tiles with Liverpool between 1983 and 1991. “With Lovren going they will probably need a centre-back.”

Neco Williams, 19, has shown he is capable of deputising for Alexander-Arnold, but 19-year-old left-back Yasser Larouci is set to leave the club – leaving midfielder James Milner, 34, as the man to fill in for Robertson.

“It’s no secret he will want a left full-back to cover Andy Robertson,” added Gillespie. “He’s the one who probably doesn’t get the amount of rest that maybe some of the other ones do.

“The way Jurgen wants to play, it is a key area of the pitch.”

‘Extra creativity could be costly’

Bayern Munich midfielder Thiago Alcantara has been constantly linked with Liverpool but two-time title winner Barnes has doubts whether such a move is needed.

“With the midfield being very workmanlike, they are a lot of points better off than everybody else,” he said.

“The reason you can have two full-backs attacking at the same time and three strikers is because they have three hard-working midfielders to protect that situation.

“If you get another creative midfielder and you want your full-backs and front three to attack, then maybe you are going to concede more goals.”

Liverpool have lost Adam Lallana but still have the forward-thinking Alex Oxlade-Chamberlain, Naby Keita and Xherdan Shaqiri in midfield – although the Switzerland player could leave.

Curtis Jones suggested towards the end of the season that he could become a regular on the bench at least, and they also have wide midfielder Harvey Elliott, though the talented 17-year-old is one for the future. Marko Grujic and Harry Wilson will also be back at the club after spells out on loan.

Barnes added: “Manchester City have got how many creative players in their midfield? But Liverpool finished 20-odd points ahead of them. Maybe Manchester City should say: ‘Let’s get more hard-working players in midfield so we can catch Liverpool.'”

Does the front three need changing? 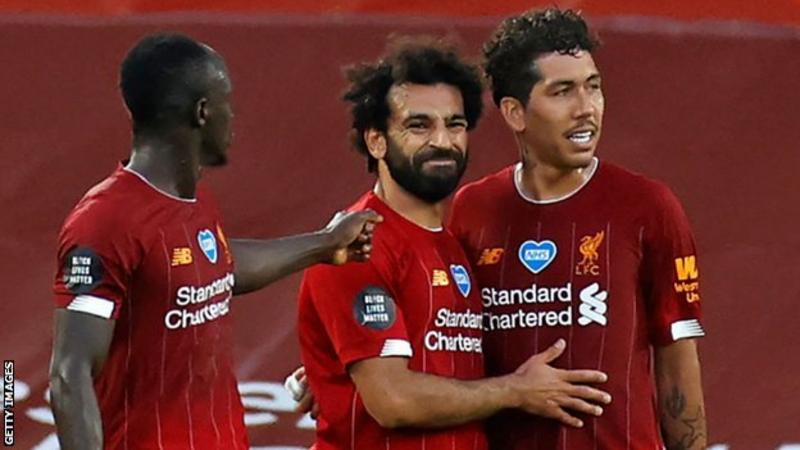 While striker Timo Werner was heavily linked with Liverpool before joining Chelsea for about £48m, Barnes questions how much the Germany forward would have played.

“It’s whether you disrupt that front three and push for someone else,” he said. “They get most of their goals from the wings and Firmino is the one that makes it all tick.

“Do you disrupt that by taking him out of there and putting in someone who might get you more goals but might disrupt the balance of what makes that particular three work?”

Where does that leave Liverpool?

Liverpool have only signed young defender Van den Berg, free transfer keepers Adrian and Andy Lonergan, who has left this summer, and Japan forward Takumi Minamino in the past two transfer windows.

Gillespie, Barnes and Heskey do not expect too much more in the way of major signings during this summer break either.

“Liverpool will want to strengthen in some capacity if they can,” said Heskey.

Barnes added: “I don’t even think it is the coronavirus pandemic. I don’t necessarily think they need to make huge signings.

“Jurgen Klopp likes the harmony of the squad. Maybe he has to get more squad signings but not big-name signings necessarily going into the first XI.”

Gillespie believes a “big-name signing gives everyone a lift” but is unsure if that is possible in these “unprecedented times”.

The former Scotland defender said: “It’s about getting the balance right. I’d be surprised if they don’t go into the transfer market in some shape or form.

“I still think they are more than well-equipped to challenge and attack the title. The starting line-up would be more or less the same as what it has been over the last two seasons – presuming everyone stays.”