“I’ve been keeping so much under my hat for so long,” says Sophia Di Martino, two days after the finale of “Loki” finally aired on Disney+. It’s been a “huge week” for the actress, the Marvel show’s breakout star, and she’s clearly still in processing mode — both unpacking all the attention coming her way and the fact she’s finally able to talk about what she’s been up to for so long.

“My sister had no idea what would happen in episode six. My mum has no idea. It’s just really nice to talk to my family about what I’ve been up to,” she says. Especially tough for her mum, who went from “not knowing the MCU even existed” to full-on Marvel obsessive.

Di Martino is back in London, having spent most of 2020 in Atlanta for “Loki.” Where she’ll be headed — and when, and why, etc. — for season two remains a mystery even to her. But in this moment, she’s savoring the journey.

She landed the coveted role after a mysterious voicemail from the series’ director, Kate Herron, was left on her phone one day. She’d worked with Herron before, but even a friendship couldn’t bring out any information about what the show was.

“She sent me a message just saying, ‘I’m working on this project. I’d like to see what you do with this role. You’ll get the information soon.’ It was very, very [vague],” Di Martino says. “I had no idea what the project was but I got a script with a short scene and I sent a tape for it. And realized afterward that the show is ‘Loki.’”

‘Sex and the City’ Reboot Fashion Moments: See the Photos

She was pregnant at the time and in her third trimester, meaning she couldn’t travel and had to meet her co-star, Tom Hiddleston, over FaceTime (Hiddleston, meanwhile, was on Broadway).

“It was a strange beginning. And it happened quite quickly. And then once I got the job, Kate explained everything,” she says.

Prior to booking the role, Di Martino wouldn’t have classified herself as a Marvel fan, and soon was taken under Hiddleston’s wing to learn all things “Loki.”

“It was like, ‘Here’s this whole universe that we’re entering. Let me explain everything,’” she says.

Training and prep for shooting began when she was just four months postpartum; she revealed a few weeks ago on her Instagram that her costumes for Sylvie were designed to allow her easy access for breastfeeding and pumping between takes.

“I had to learn from scratch how to do my job at the same time as being a parent. And the juggle is real. And lots of feelings come out and it’s not easy,” Di Martino says. “But I’m grateful that I had a lot of support around me and that I was able to do it. I had my child near me at work so I could carry on nursing and things, which meant a lot to me. It’s another reason I’m so proud of the show, just because it wasn’t easy.” 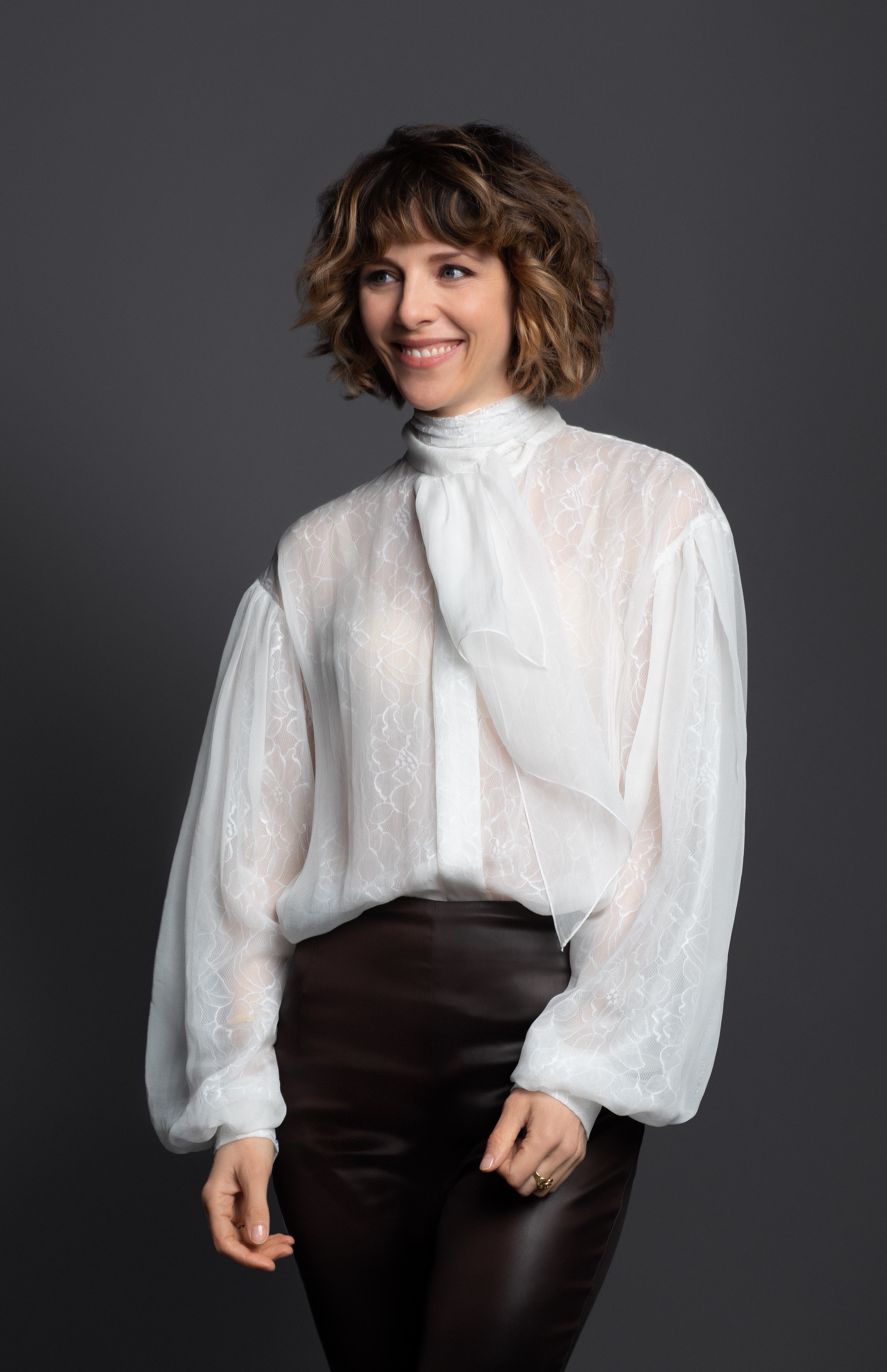 Like fans, she was surprised to witness the way Sylvie and Loki learned to like each other as the show went on.

“Even though I knew that would happen later on, actually playing it and being in those scenes and finding it still felt new and exciting. And for those characters to start trying to trust someone is such a big deal,” she says. “It really felt that way when we were doing that blanket scene in episode five or the altercation in episode six and the kiss and everything. It was… It always felt really raw and exciting.”

Di Martino, who grew up in Nottingham, has been working since finishing university, but didn’t feel like she was actually a professional actress until quite recently.

“I’ve been acting for a long time but I think I had a lot of imposter syndrome for a long, long time. I’d work and I’d be doing these little TV roles or commercials or short films, and I just always felt like I was still learning a lot and like I was just trying on someone else’s job, almost. Like, ‘Maybe I shouldn’t be doing this.’ A lot of self doubt,” she says. “It probably wasn’t until a few years ago that I did a show called ‘Flowers,’ and I played a character called Amy, where I really felt like I had some ownership of the role that I was playing. And I felt like, ‘OK, maybe I really helped bring this character to life. And maybe I’m doing it. Maybe I’m finally an actor.’”

The “Loki” fans are in for a bit of a wait for season two, but based on the amount of fan art and online theories Di Martino has been sent, they’ve got enough creativity to hold them over for a bit.

“I don’t really know what’s going to happen. Your guess is as good as mine. It’s super exciting. They could go anywhere with series two,” Di Martino says. “And I’m just along for the ride.”

MORE FROM THE EYE:

With Her Emmy Nomination, Mckenna Grace Is Set for Stardom