London postcodes where properties are still selling for up to £14m

What pandemic? The super-prime London postcodes where properties are STILL selling for up to £14million on average – with prices in N2 up 260 per cent

It may well be too early to tell how the UK property market is faring in response to the double whammy of Brexit and a global pandemic.

However, in a handful of London postcodes, there’s rarely bad news for homeowners, with prices staying firm, and even rising in some cases.

While properties in the eternally exclusive enclaves such as Mayfair and Chelsea remain buoyant in the aftermath of Covid-19, there are pretenders to the capital’s property throne, with areas of north London seeing huge rises in average prices. 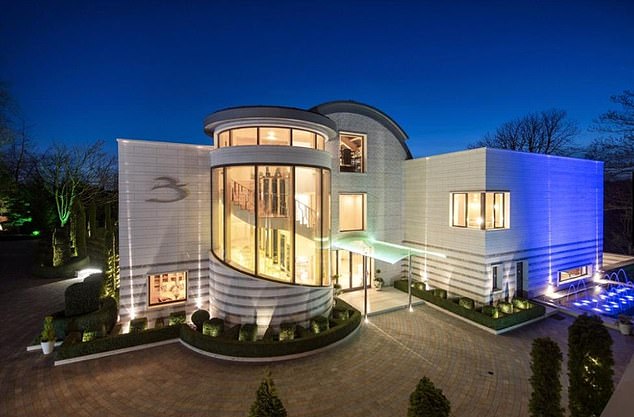 Teflon! Prices in London’s fast-rising northern quarters – including N6, N2 and NW8 – appear to be rising in the face of Brexit and Covid-19. This contemporary mansion in Highgate is on the market for £40million

According to high-net-worth mortgage broker, Enness Global, N2, north of London’s Hampstead Heath, has seen the biggest rises with a 263 per cent increase on property prices in that postcode in the first three months of 2020. Average house prices in the area hover at an eye-watering £14.1million.

Enness Global Group CEO Islay Robinson, said London remains the place to be for many of the world’s richest.

‘For the very high-end buyer, London remains the pinnacle of homeownership and in the most sought-after pockets of the capital, property values aren’t as susceptible to wider market turbulence.

‘This remains evident over the first quarter of this year as London’s most prestigious postcodes continued to register very strong price performances while the rest of the market became paralysed from pandemic uncertainty and lockdown restrictions.

‘Yes, transactions have declined, but in a segment of the market where they are few and far between anyway, volume takes a back seat and price remains the leading indicator of market health.’

Here, we offer the low-down on the super-prime postcodes where property prices only go in one direction: 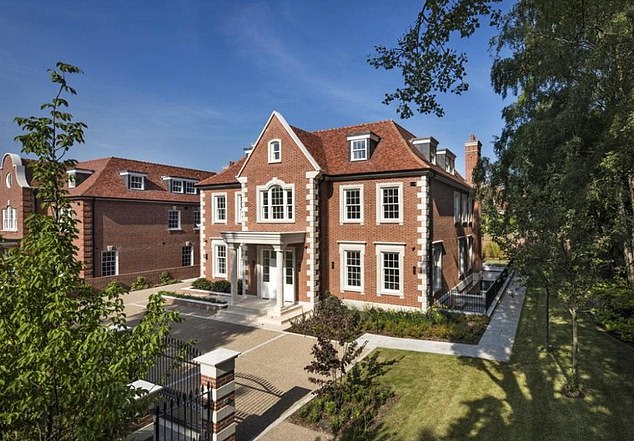 North/South divide? In London, at least, the northern portion of the city seems to be seeing the biggest increases, with properties in N2 commanding an average of £14.1million in the first three months of the year. Pictured: a property on Bishop’s Avenue, currently on the market for £17million 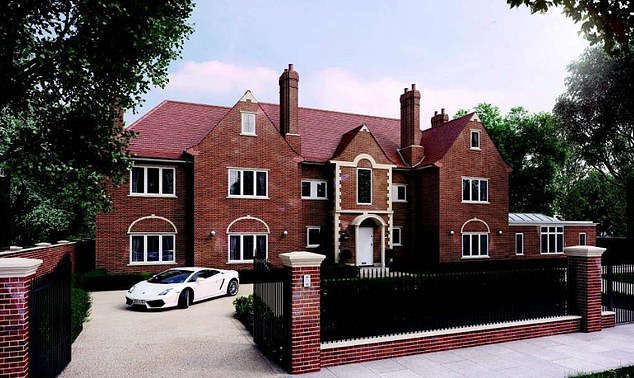 Supercar not included: the N2 postcode saw a 263 per cent increase on prices in the first quarter Pictured: an N2 home available for £10.5million

The NW8 postcode was home to London’s most expensive public sale in the first quarter of this year, with a flat on Hamilton Terrace going for £110m.

The postcode has also seen the third-largest increase in sold prices compared to the first quarter of last year at 92 per cent.

Key to the spiralling success of leafy N2, in North London, is arguably just one street.

Bishops Avenue, which snakes down towards Hampstead Heath, has long been the preserve of London-based football stars and bankers.

Drawn in by good transport links, schools and plenty of green space, discerning families are increasingly setting their sights on the area, explain Enness Global:

‘There’s recently been a few high-end developments near Bishops avenue, all of which have provided new stock for the high demand, and this high demand translates to a lift in house prices.’

The  third priciest postcode in the capital so far this year, with an average price of £9million per property, prices in this historic quarter of North London – famous for its posh school and celebrity cemetery – has seen a leap of 124 per cent when compared to the first quarter of 2019, the second largest  jump in the capital. 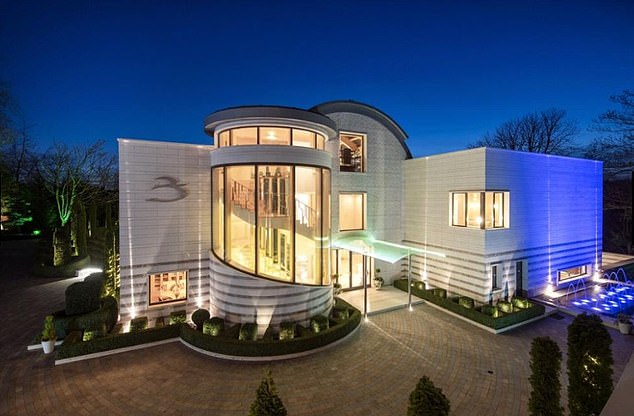 Highgate, famous for its historic cemetery and historic school, has also seen a steep rise in prices, soaring 124 per cent compared to the same period last year 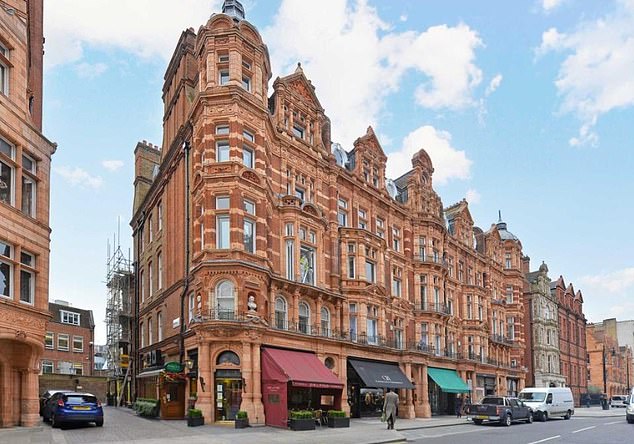 Mayfair, in the heart of central London, stands firm, with average prices at £9.2million. This three-bed pad on Mount Street is on the market for just shy of £8million

If you’re one of the few mortals who can afford to buy in Mayfair, then you can rest assured your millions will only prosper in W1K bricks and mortar.

The central London quarter, a short walk from the West End ranks as the capital’s second most expensive postcode for high-end buyers with a median sold price of £9.2m. 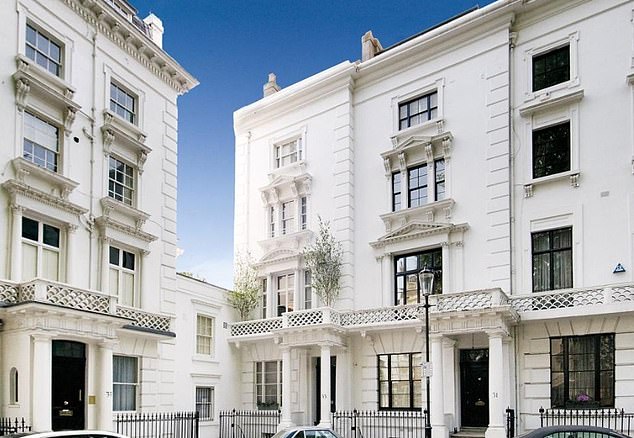 All white in SW3: Chelsea remains one of London’s most lusted after postcodes; this property, a six-bed terrace, is currently on offer at £14.5million

Heading south, the borough of Kensington & Chelsea still managed to rise by 14.6 per cent in March, despite pause being pressed on the property market due to the global pandemic.

With a high-end football club, plenty of green space and dozens of bijou bars on the King’s Road, Chelsea’s glorious white townhouses draw in an average price of £5.25million. 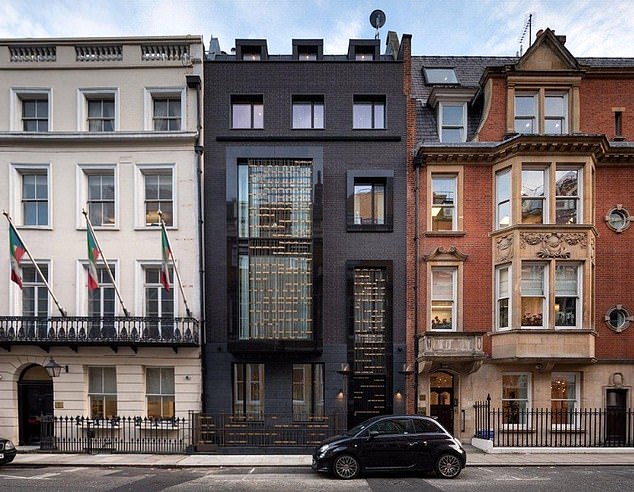 Shall we see the Queen or the PM? Both count as neighbours in SW1, which is why property prices average at £6.3million. This dramatic-looking abode is on offer for a cool £25million

If the Queen, when in residence, and the PM are among those you’d want to call neighbours, then dig deep for SW1 is perennially pricey. Being in the heart of city means houses can still command an average fee of £6.3million. 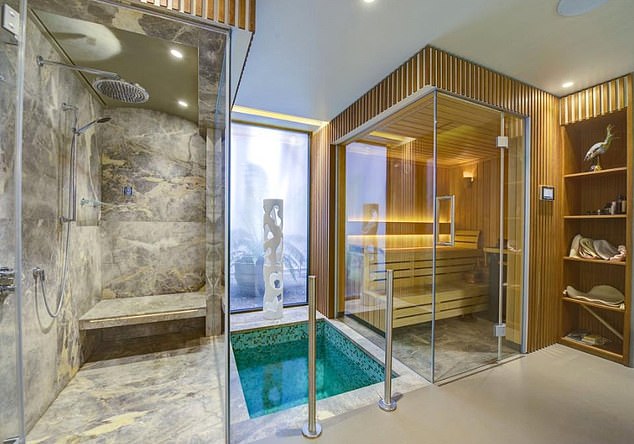 Central comes with a price tag: Marylebone residents can expect a mean price of £7.5million. This mini spa features in a six-bed property on sale for £18.5million

Despite a decline in transactions during the lock-down, the pandemic has failed to dampen the appetite of those seeking a fresh start in an affluent part of town.

The latest property figures show the median sold price for homes in the capital over £3m hit £4.5m in the first quarter of this year, despite the disruption caused by COVID-19, which is a six per cent increase year-on-year. 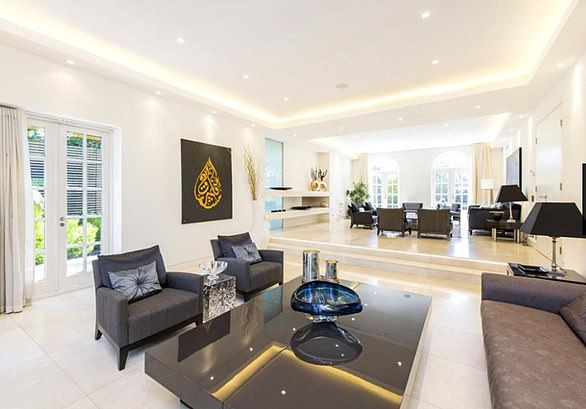 The impact of the pandemic is a real one for many parts of London, with transactions down 42 per cent for the same period in 2019

However, pandemic uncertainty has had an impact, with transactions declining – 42 per cent when compared to this time last year and 17 super-prime postcodes failing to register a sale in the first three months of the year.