Macaulay Culkin and Brenda Song welcomed their first child, a son, on April 5. The notoriously media-shy couple never officially announced their pregnancy, preferring to keep it private, according to Esquire, and the pair chose a name with a lot of meaning to the new dad. 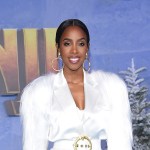 
Kelly Rowland Gave Birth With Her Whole Family Watching on Zoom — Because Normally They'd All Be in the Room?

The baby boy’s name is Dakota, in honor of his late sister. One of only two sisters in the family of nine, Dakota Culkin, died after being struck by a car in Los Angeles in 2008. The matriarch of the Culkin clan, Patricia Brentrup, hailed from North Dakota and it’s assumed she named her daughter in honor of her home state.

Culkin and Song met on the set of the film Changeland in 2017, and the mutual experience of being child actors brought them closer. “It’s almost like child actors, we don’t [have] to talk about it,” the Suite Life alum told Entertainment Tonight in 2019. “You just look each other in the eye and you nod and we know.”

Though a notoriously private couple, Culkin and Song have had a few lovey-dovey moments.

Culkin told Joe Rogan in 2018 that he and Song were ready to settle down. “I have a good life out here,” he said. “I have a pretty little family — a pretty girl, a pretty dog, a pretty cat, and all that stuff. We’re gonna move. We’re doing the house thing and all that kind of stuff.”

And recently, for Culkin’s 40th birthday, Song shared a snap on Instagram with a super sweet caption: “Happy 40th birthday to this magical being,” she write. “I could sit here and write endlessly about how wonderful, kind, loving, genuine, loyal, honest, brilliant, and hilarious you are, and how grateful I am that I get to share and do this life thing with you. But firstly, that would take me an eternity and secondly, you won’t even see this because you don’t ever use Instagram. Hahaha. My unicorn that I never thought could exist, I am luckiest person in the world because I am loved by you.”

A loving relationship like that makes us think baby Dakota is going to do great!

Dakota Culkin has nothing on some of these celebrity kids with unusual names.