Madonna and daughter Lourdes Leon pose for rare photo together

Madonna poses topless in nothing but jewelry

Think she brought the Gatorade?

The pop superstar, 62, was in soccer mom mode Sunday as she and her boyfriend, 27-year-old dancer Ahlamalik Williams, cheered on her teenage son David Banda.

Naturally, Madonna didn’t throw on comfy leggings and a sweatshirt for the game in Los Angeles. Instead, the singer went for a stylish look that included cream pants, a cream vest, a paint-splattered hat and shades. Williams kept things matchy-matchy with jeans and an oversized denim jacket.

Williams appears to have a close relationship with 15-year-old David as he was spotted giving the teen a friendly hug.

Madonna also shared a video of David playing along with shots of his siblings Mercy James, 15, 8-year-old twins Stelle and Estere, and Williams accompanied by her song “Come Alive” as the bouncy soundtrack.

The “Vogue” singer and Williams — who at 27 is just three years older than Madonna’s eldest child Lourdes — have been happily dating for two years. 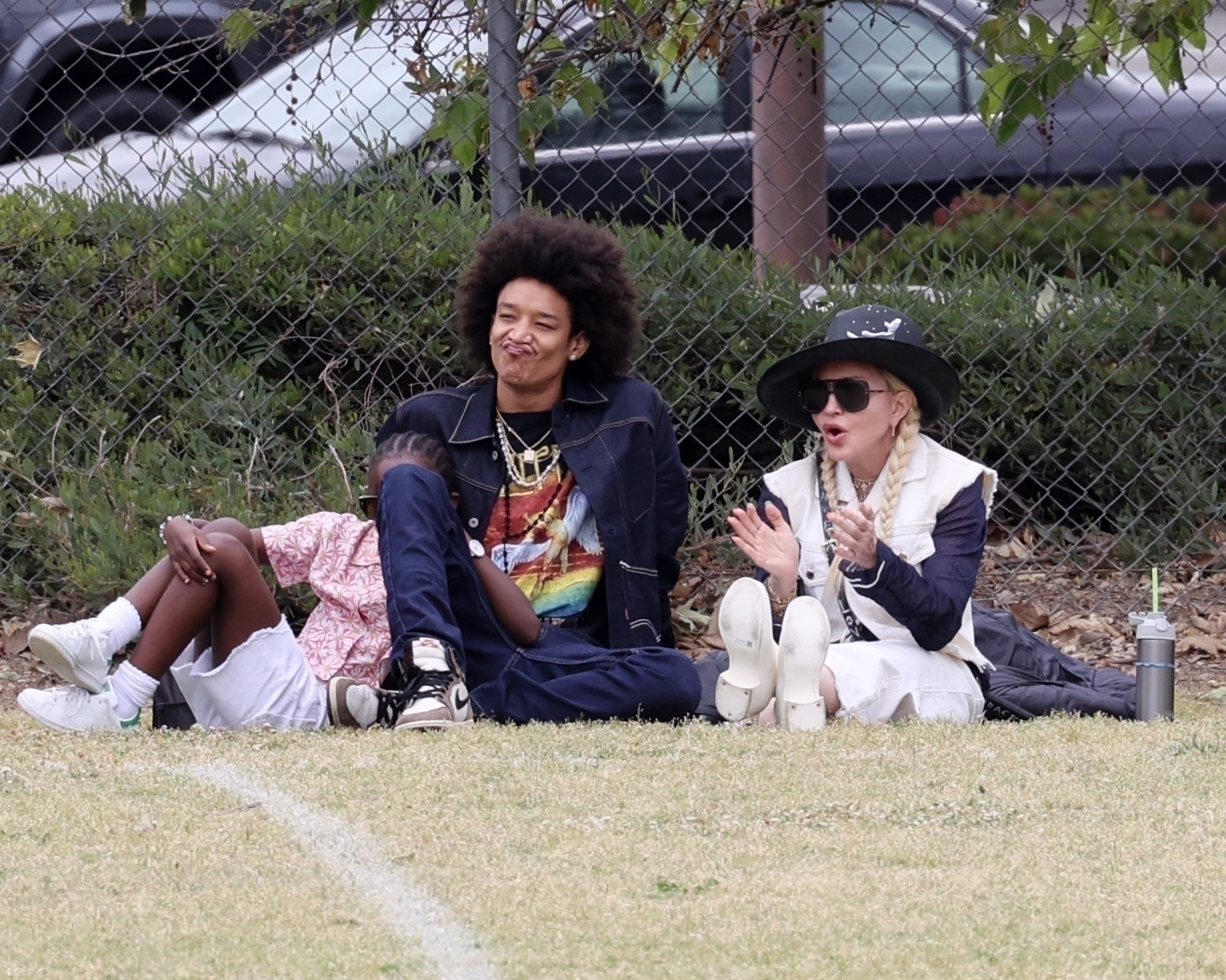 To celebrate Williams’ birthday last week, Madonna shared photos of them smoking weed and smooching on Instagram and wrote, “Happy Birthday My Love…… Thank you for opening my eyes. How can I explain how I feel? Let’s get Unconscious……..,” referring to lyrics in her 1994 hit “Bedtime Story.”

Last year Madonna’s longtime pal Debi Mazar told Page Six that the lovebirds are “sweet together” and that Williams is a “lovely” person.

In her time away from Williams, the “Evita” star raised eyebrows last year for her sometimes odd “Quarantine Diaries,” which showed her sitting by a typewriter late at night murmuring about her physical and emotional angst. ​In one video, she sat naked in a bathtub and called coronavirus “the great equalizer,” but it was later deleted after she received a flood of negative attention for it.

This week Madonna shared photos of her second tattoo – a red X on her right wrist. The letter commemorates her “Madame X” album, which was released in 2019.