Home » Lifestyle » Making millions didn't make us happy – but our 300 alpacas do!

Making millions didn't make us happy – but our 300 alpacas do!

Making millions didn’t make us happy – but our 300 alpacas do! One couple’s life-affirming story of quitting the rat race to live out their rural dream

As far as locations in which to spend lockdown go, you can’t get much more idyllic than Turpin’s Hill Farm in Heddon-on-the-Wall, Northumberland, with its 110 acres and beautiful Georgian farmhouse, the home of Debbie and Paul Rippon.

But would you really want to do it with 300 alpacas? Fifty of which are about to give birth?

Cuter and smaller than the llama, with fine hair and a notoriously skittish temperament, the alpaca has long been a fashionably Instagrammable pet, if you have a field handy to keep it in.

But for Debbie, 47, and Paul, 48, the alpacas represent much more than that — a radical new midlife direction, and a marriage-saving one at that. 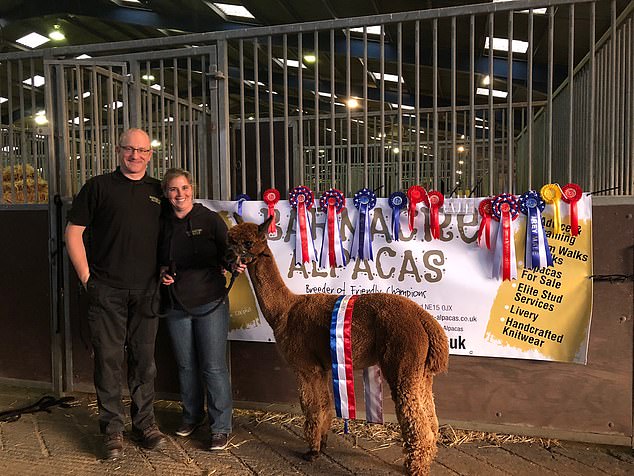 Debbie, 47, and Paul Rippon, 48, (pictured) who live in Northumberland, shared life at their  Georgian farmhouse

The story of the Rippons’ life is, to some extent, the stuff of a modern-day fairy tale. Childhood sweethearts, they both grew up on council estates in Nottingham — Debbie had free school meals — but made their fortune in the City, where, in 2015, Paul co-founded the groundbreaking, online-only bank Monzo.

Growing up, ‘Debbie’s mum pulled lace in the lace market, my dad banged panels on the sides of buses and my mum was a bingo caller’, says Paul.

‘I left school at 18 and wanted to start earning,’ adds Debbie. ‘Paul went to Wolverhampton poly to study business. We left home in a knackered Ford Fiesta with 50 quid in our pockets.’

Today, Paul Rippon is worth £120 million. In the five years since its founding, Monzo has grown to 1,500 staff and 4 million customers.

‘You might see me on the Sunday Times Rich List,’ he jokes. Although he wants to be clear that the vast majority of his wealth is tied up in shares in the bank. Still, the alpacas aren’t going to starve any time soon.

It was Debbie who first conceived a fascination for the endearingly fluffy creatures, more than 15 years ago, after watching a travel documentary following Michael Palin in South America, where alpacas are from.

She had already come to terms with the fact that Paul did not want children and fully admits that alpacas became a repository for all her unused maternal feelings. 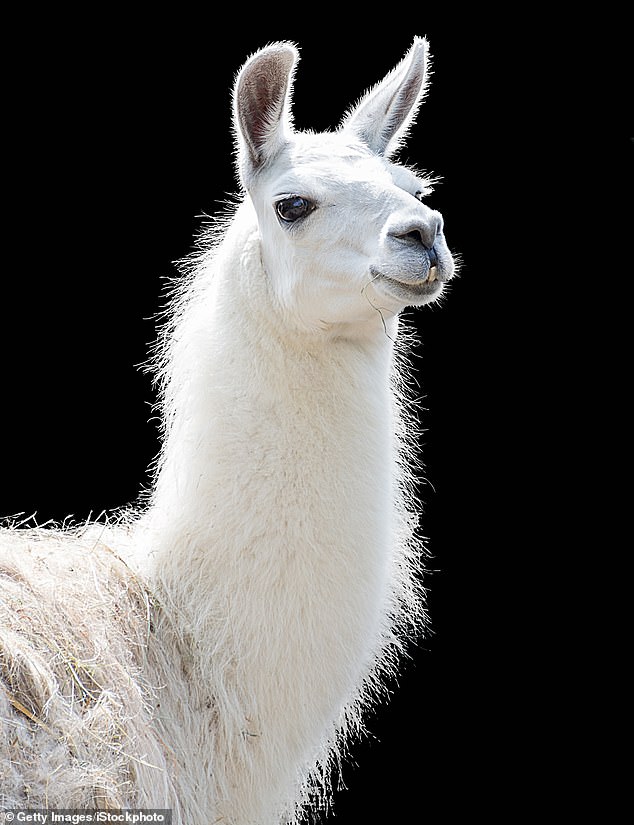 Paul who is the founder of online-only bank Monzo, quit his life in finance to take up full-time alpaca farming last year (file image)

‘They are like my babies,’ she says. ‘It’s my family. Because Paul made a decision about [not having children], I think that is why the animals started creeping in. Paul couldn’t say no to everything.’

Until now, Paul’s job had always shaped their lives. Though Debbie worked, too — for insurance companies — his jobs with various banks always took precedence and dictated where they lived: Scunthorpe, Grimsby, Hull, Nottingham, London, Newcastle…

‘Every time I was promoted, Debbie would quit her job and we would move house and leave. This is house number 11,’ he says.

By force of circumstance her alpaca obsession started small, with just three pets. It was 2005 and the couple were living in Northamptonshire, where Paul was head of banking operations at the Norwich and Peterborough Building Society.

Within ten months, however, he was parachuted into Northern Rock, just before its collapse and nationalisation. So the couple upped sticks once more, this time for Northumberland.

Up north, three animals quickly turned into many more. It was a serious change of lifestyle — before the alpacas, the couple’s experience of owning animals extended to two rescue cats. 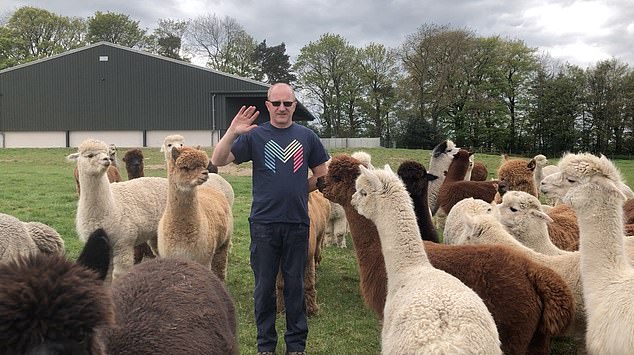 Paul (pictured) said Monzo was becoming more and more demanding, the couple had a beautiful house but he was constantly travelling for work

Paul and Debbie began renting more and more plots of land until they bought an empty hillside, 1,000 ft up, and spent five years building a farm from scratch.

At one point, they found themselves putting in five miles of fencing by themselves. ‘Just the two of us with a post knocker!’

In the end, the hillside simply felt too remote. Instead, Debbie fell in love with Turpin’s Hill Farm.

At last her alpacas, now a fully fledged herd, had found their forever home — though it was a big financial risk for the couple.

Monzo was in its infancy and Paul wasn’t earning much.

‘When the solicitor brought the paperwork to us for signing, he said: “Do you really know what you are doing?” We had a load of debt, but [Debbie] really wanted this farm,’ says Paul.

And finally it was time for her choices to take priority, for the first time in their 27-year marriage.

Last year, Paul quit his life in finance to take up full-time alpaca farming with her. 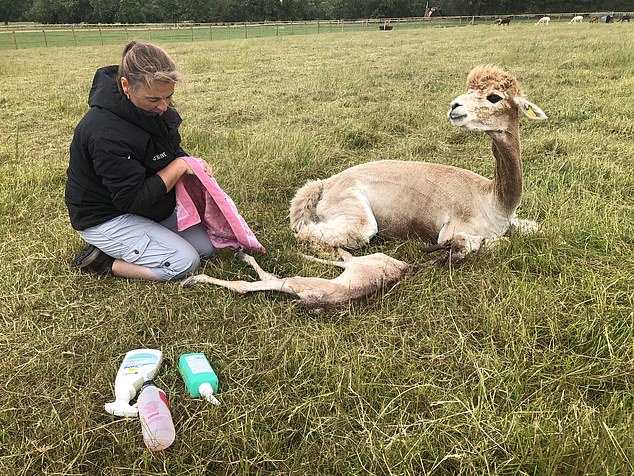 Debbie (pictured) revealed she would sometimes throw a fit, when something went wrong on the farm but Paul was miles away

‘Monzo was becoming more and more demanding,’ says Paul. ‘It felt like Debbie and I had spent 27 years busting ourselves to end up with a beautiful house in a beautiful part of the world so that I could drive quad bikes and tractors and help look after the alpacas in this magical place.

‘But I was constantly on planes and trains, staying in cheap hotel rooms when in London, or renting a bedroom.

‘I realised that nobody was putting a chain around my neck and making me do it. I had created that for myself and I decided I didn’t want it any more.’

What’s more, their marriage was under serious strain.

‘Debbie never asked me to do it, but there would be times when she’d say: “Monzo is more important to you than anything else.” I was miserable and grumpy.’

Debbie agrees: ‘If something went wrong on the farm or if one of the alpacas was ill and Paul was miles away, I would sometimes throw a fit.’

Today, the Rippons have a thriving alpaca breeding business — Barnacre Alpacas. A top breeding alpaca can go for £10,000, and a male alpaca can be around £900 for those who want a ‘pet’. 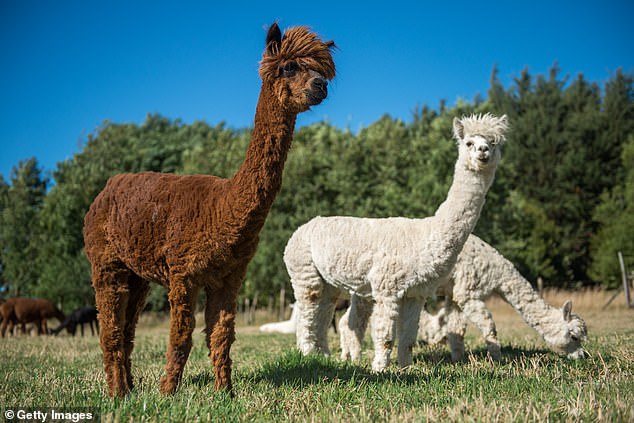 Debbie revealed they sometimes work 20 hours a day, but they’re passionate about what they do (file image)

The couple also offer visitor tours, and a livery service for professionals in love with the idea of alpacas but unable to commit to full-time ownership.

There are three holiday cottages on-site, and the couple have a part-ownership in a Victorian mill where knitwear — hats, scarves, gloves, socks and so on — is made from the alpaca wool.

Within weeks of Paul leaving Monzo, the couple’s friends were commenting that he looked five years younger.

‘A burden had been lifted from his shoulders,’ says Debbie.

‘Now, we work 20 hours a day sometimes, and actually I’ve never worked so hard, but we’re passionate about what we do.’

And, finally, they are together.

So how is their marriage now? ‘What’s the secret?’ muses Paul. ‘We only argue in the morning, afternoon and evening . . . that helps.’

They burst out laughing, but there’s no time for banter with all the springtime work to do on the farm, not least in the preparation for the very imminent arrival of 50 new babies (as I write, five of them are overdue).

For Debbie, lockdown is a cinch: there’s nothing like having a herd of alpacas as an excuse to get away from your husband.