A man has sparked a heated debate online about how often you should change your underwear.

The man, from the US, took to Twitter, where he dropped the bombshell that he wears his underwear up to 10 times before putting them in the wash.

And to the relief of us all, it wasn’t long before the majority of his followers were quick to disagree with him.

‘I don’t even like sleeping in the same shorts for two days and y’all out here wearing the same underwear more than once,’ wrote one, while a second penned: ‘Pls tell me you joking bro… so you like shower and then put on the same draws you had on !?!?’ 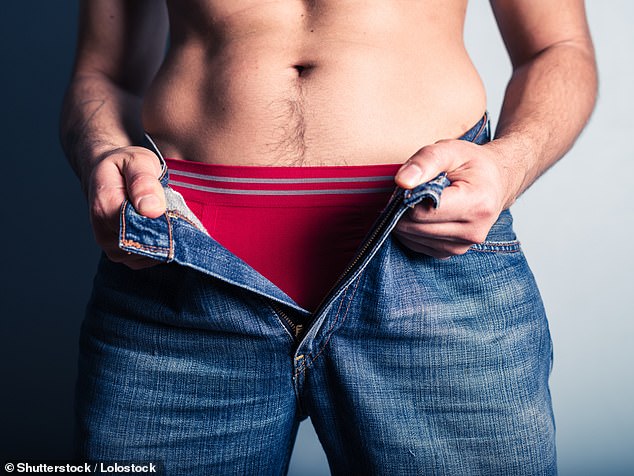 A man has sparked a heated debate about how often you should change your underwear.

Many of the man’s male followers were eager to point out that they didn’t want to be tarnished with the same brush.

‘He tried to group us all together…sir…that’s just YOU,’ wrote one, while a second noted: ‘I’ll go a couple of weeks without washing my jeans if I haven’t spilled on them, maybe a couple of days at most without brushing my teeth, but I have never purposely worn underwear two days in a row when I have clean at my disposal.

‘All men are not this gross.’

Another man revealed: ‘I can change drawers 3 times in one day depending on the activities. But I’m not re-wearing underwear and they’re clean when I take em off.’

Many people were left outraged by the man’s comments, with one person writing: ‘I don’t even like sleeping in the same shorts for two days and y’all out here wearing the same underwear more than once’ (pictured)

Elsewhere, one disgusted female commented: ‘Oh no. No. No. Lord please no. That can’t be right. But if it is, sir, thank you, because I am never having sex with a man ever again.

She continued: ‘I don’t even care if someone proves it’s wrong. My stomach is turned and there’s no going back from this.’

However, there was one person who decided to defend the original poster.

‘I think he mean he don’t shower a lot,’ they explained, suggested that he may change his underwear when he showered, as opposed to everyday.