MANCHESTER UNITED and Chelsea have been handed a bitter blow after Man City's two-year Champions League ban was overturned by the Court of Arbitration for Sport (CAS).

Pep Guardiola's side were slapped with a two-year European suspension and fined £25million for breaching FFP rules in February. 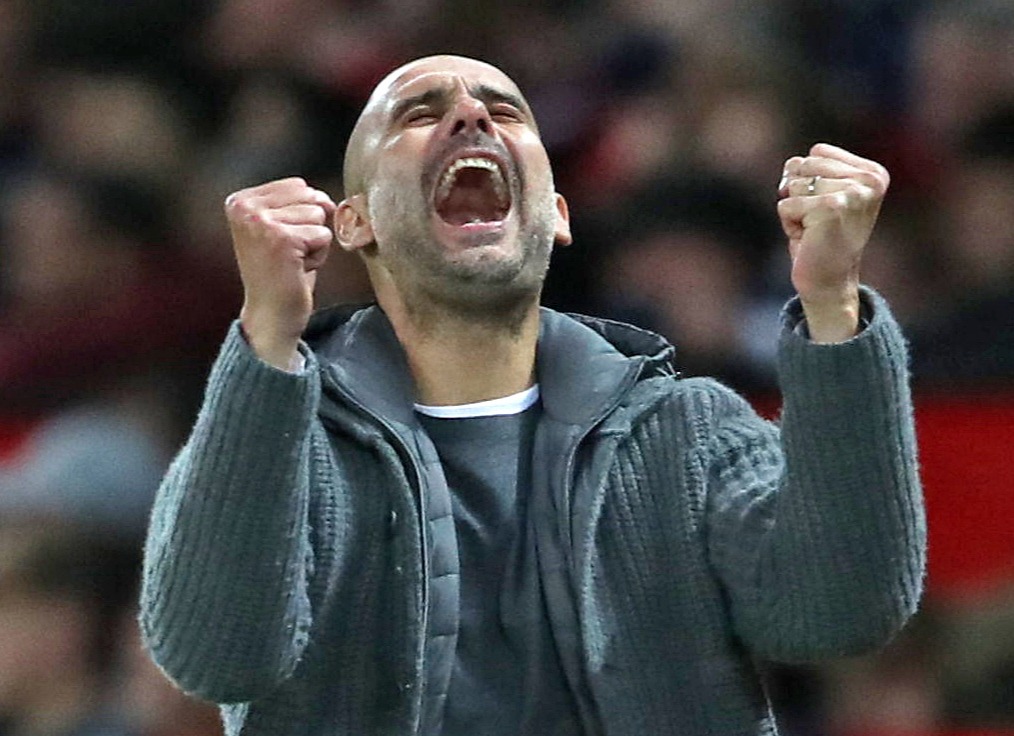 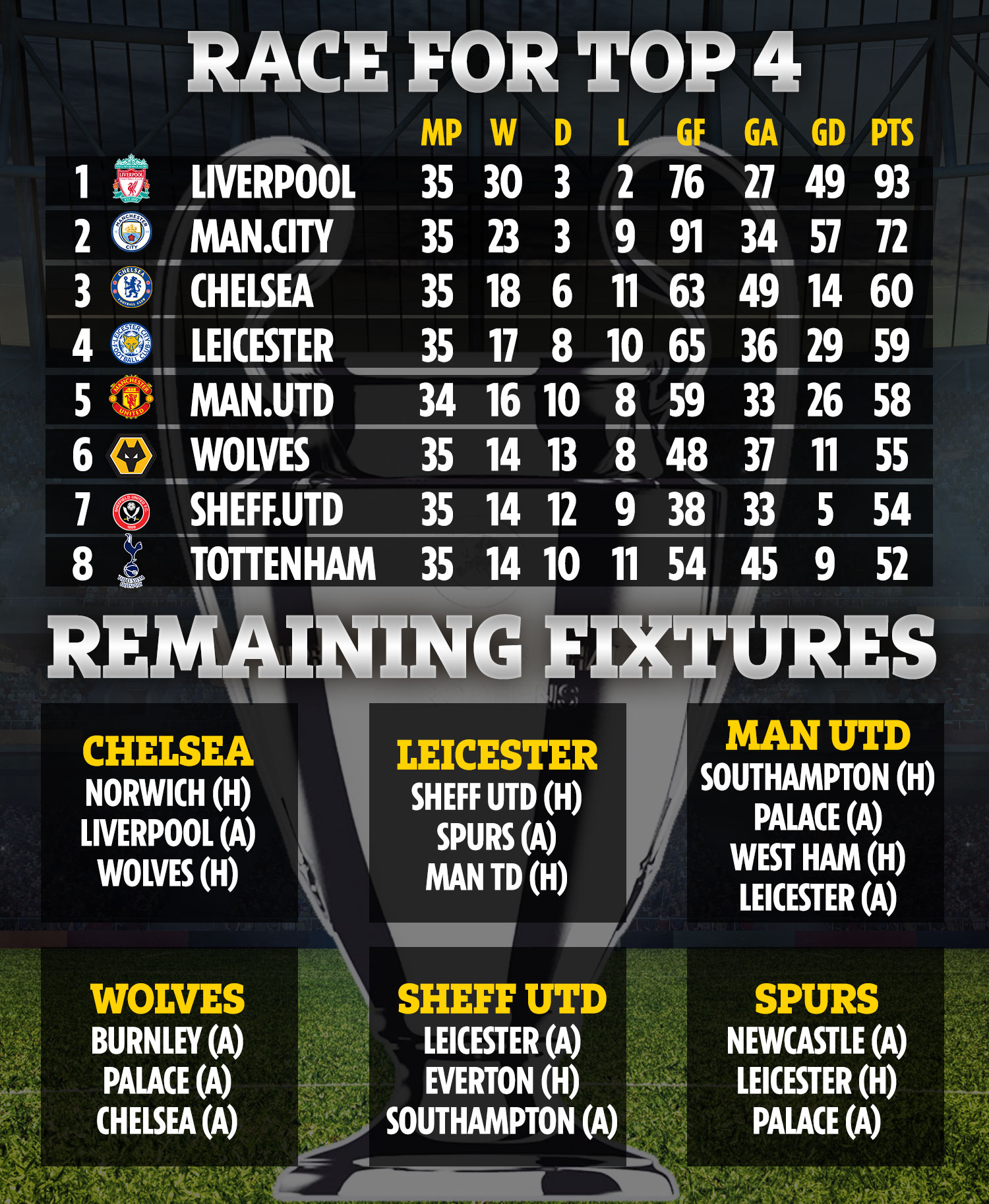 After a lengthy investigation, City were found guilty by Uefa’s Club Financial Control Body (CFCB) of falsely inflating their sponsorship revenues when submitting accounts as part of the FFP compliance process.

But now City have scored a major victory by winning their audacious appeal.

And it is also likely to lead to significant casualties among the Uefa hierarchy.

A Uefa statement read: "UEFA takes note of the decision taken by the Court of Arbitration for Sport to reduce the sanction imposed on Manchester City FC by UEFA’s independent Club Financial Control Body for alleged breaches of the UEFA Club Licensing and Financial Fair Play regulations.

"UEFA notes that the CAS panel found that there was insufficient conclusive evidence to uphold all of the CFCB’s conclusions in this specific case and that many of the alleged breaches were time-barred due to the 5 year time period foreseen in the UEFA regulations.

"Over the last few years, Financial Fair Play has played a significant role in protecting clubs and helping them become financially sustainable and UEFA and ECA remain committed to its principles.

"UEFA will be making no further comments on the matter." 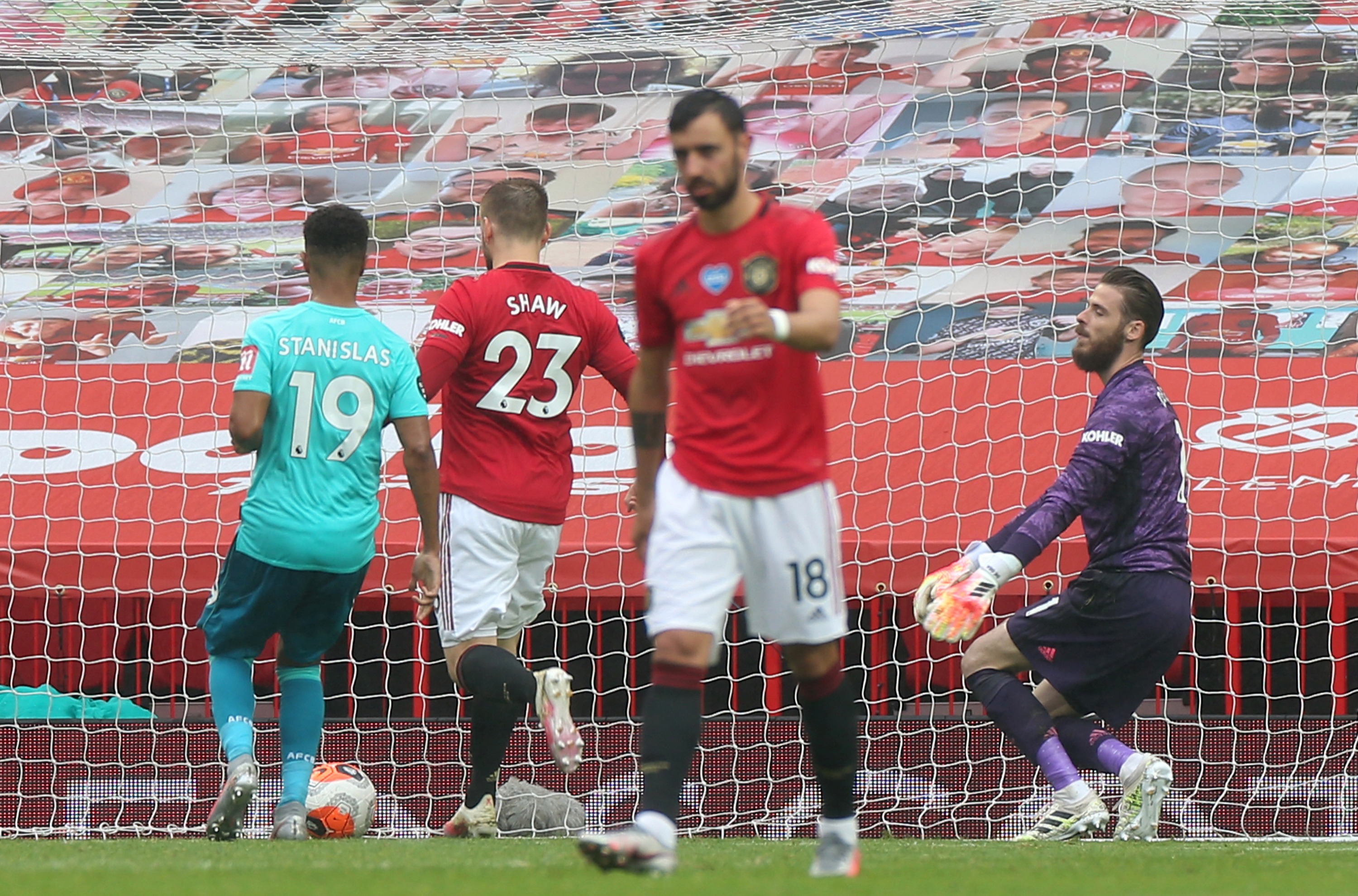 Meanwhile, a jubilant Man City statement added: "Whilst Manchester City and its legal advisors are yet to review the full ruling by the Court of Arbitration for Sport (CAS), the Club welcomes the implications of today’s ruling as a validation of the Club’s position and the body of evidence that it was able to present.

"The Club wishes to thank the panel members for their diligence and the due process that they administered."

City appealed to the Lausanne-based court in February after the ban was imposed for breaches of Financial Fair Play regulations.

The Etihad club were found to have disguised millions of pounds in funding from their Abu Dhabi owners as legitimate sponsorship deals.

The findings of Uefa’s financial investigators, led by former Belgian Prime Minister Yves Leterme, were upheld by the governing body’s Adjudicatory Chamber, which imposed the suspension and a fine of £25m.

But City, who consistently maintained their innocence and insisted they would be proven right, refused to accept the punishment and exercised their right to go to sport’s ultimate legal chamber.

City made their case at a three-day virtual hearing last month.

BUILD YOUR ACCA Enjoy loads of acca features with Ladbrokes including Boost, Track, Edit and Insure

And that stance was vindicated as the Court ruled that while City DID fail to cooperate with Uefa investigators, they were NOT guilty of the allegations against them.

The Court said: “The CAS award emphasized that most of the alleged breaches reported by the Adjudicatory Chamber of the CFCB were either not established or time-barred.

City, originally fined £25m, were still ordered to pay £8.9m for their “disregard” of the principle of cooperation in investigations.

But that will be a price worth paying for City, who will justifiably claim total vindication.

The case was sparked by the Football Leaks document dump, which targeted a number of clubs and star players including City.

From the outset, City insisted the entire case was based on the “illegal hacking and out of context publication” of internal emails.

City had made it clear that Leterme was their most bitter enemy, accusing him of overseeing a “flawed and consistently leaked” process which they dubbed “wholly unsatisfactory, curtailed and hostile”.

The Abu Dhabi-owned club launched a failed pre-emptive strike to get CAS to throw out the Uefa case last summer, accusing Leterme and his colleagues of “unlawful activities”.

City claimed Leterme’s recommendation of a ban had been made “improperly and prematurely”, and that significant  “procedural defects” had caused the club “serious harm and loss”.

In a vicious legal exchange, Uefa hit back.

Leterme vehemently stressed his investigation had been “conducted in good faith and in an independent, objective and fair manner, as you well know” and accused City of behaving “in a totally artificial and misleading way”.

While CAS ruled City’s case was “inadmissible” it agreed the alleged leaks were “worrisome”.

And now the final decision means City have thrown off the huge cloud that hung over the club for the past two years.

After Saturday's game, Guardiola revealed he believes his side deserved to be at next season's Champions League – because they earned it on the pitch. 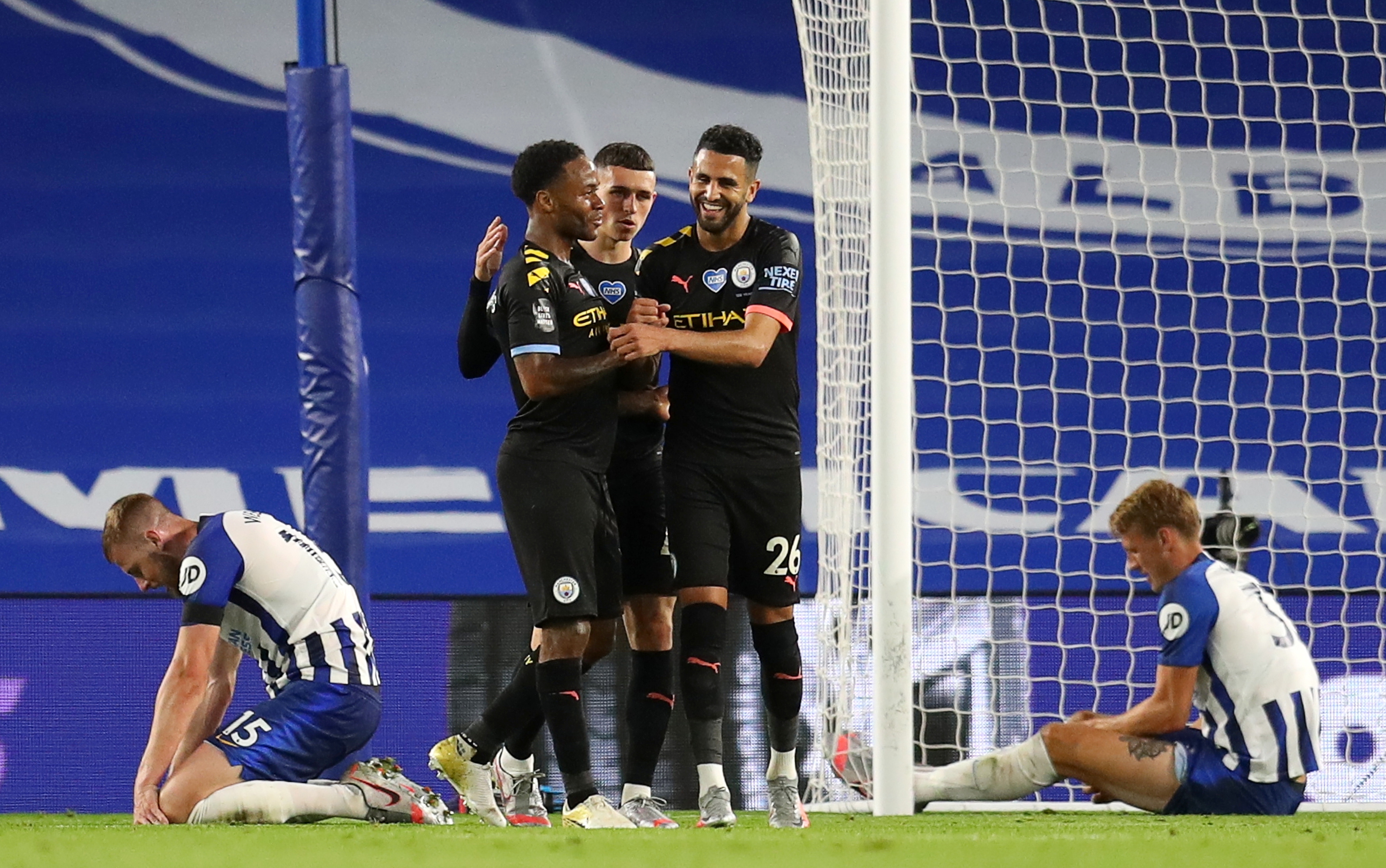 The City boss claimed: "I'm confident because I saw the arguments of the club that next season we will be there but we have to wait and after I give my opinion or the club will give their statement.

"[Beating Brighton 5-0] we achieved one incredible challenge, which is qualification for the Champions League mathematically.

"That is the challenge that is the minimum requirement for this club… and these players have done it for the last six or seven years.

"We deserve to be there because we won it on the pitch.

"Hopefully on Monday Uefa can allow us to play like this team and these players deserve to." 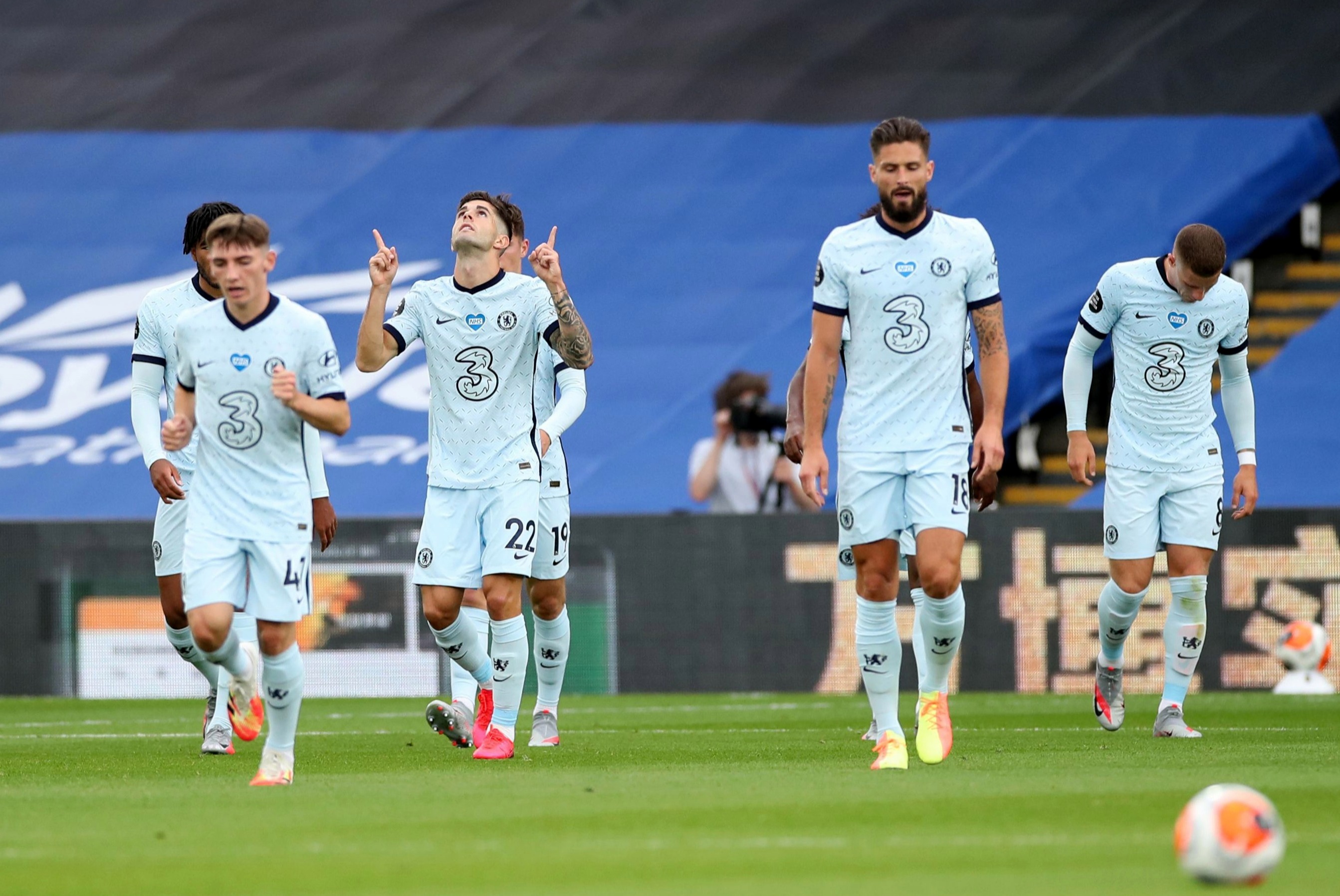 As for this season, Man City currently lead Real Madrid 2-1 following their key win at the Bernabeu before lockdown.

They have now won their bid to host the second-leg at the Etihad after Los Blancos pushed for it to take place in Lisbon – where the 2019-20 Champions League will be finished.

Should they win, City will face either Juventus or Lyon in the quarter-finals in their bid to win their first-ever Champions League crown.