MANCHESTER UNITED coasted into the Carabao Cup quarter-finals with a 3-0 win against Brighton – and gave boss Ole Gunnar Solskjaer a selection headache.

Goals from Scott McTominay, Juan Mata and a stunning Paul Pogba free-kick made it back-to-back wins against the Seagulls after their dramatic last-gasp win in the Premier League at the weekend. 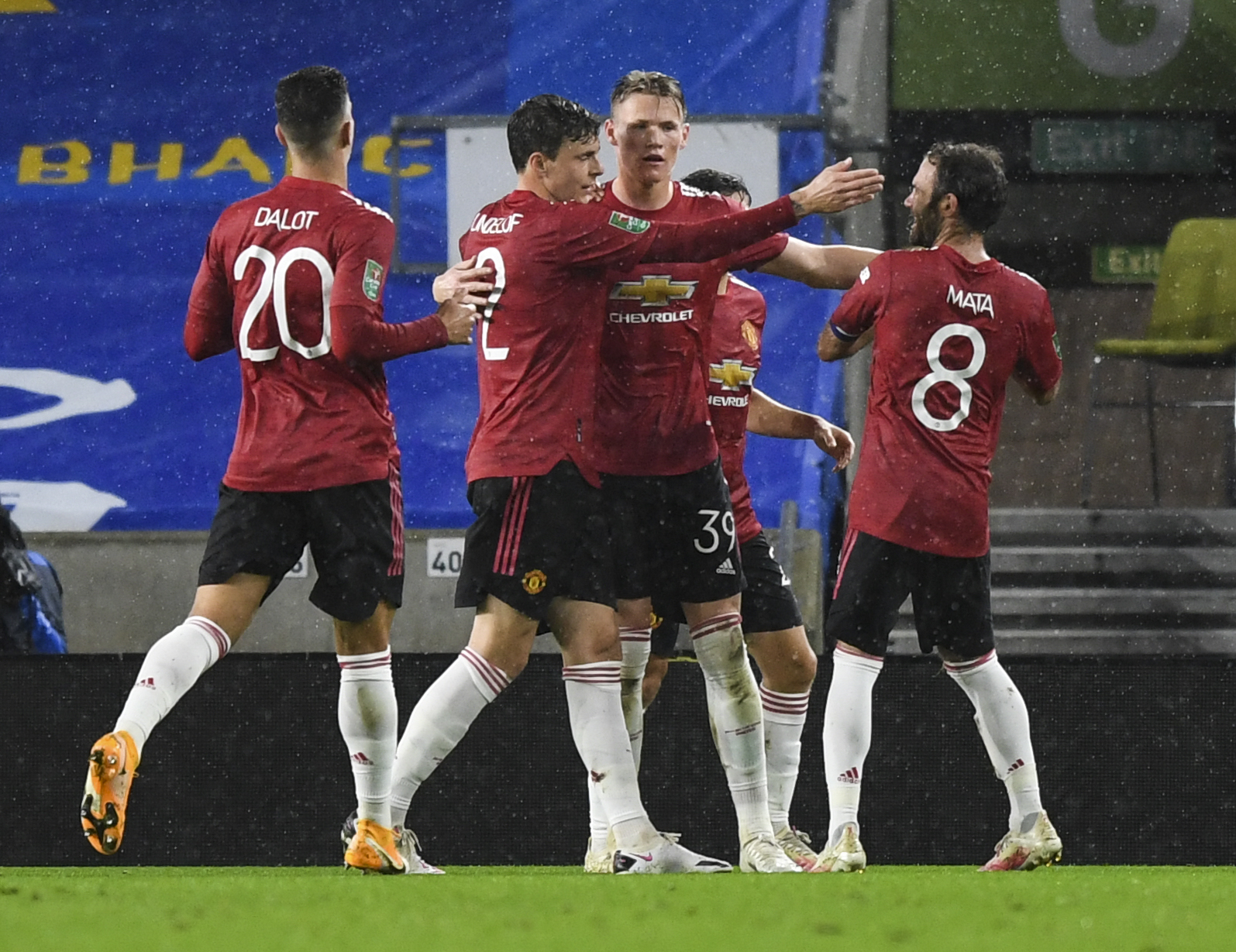 Pogba climbed off the bench in the second half, and helped to add some gloss to the scoreline as his free-kick was deflected in by the unlucky Joel Veltman.

Here, SunSport's John Hutchinson rates how the United players fared in their cup clash on the south coast.

Finally given the chance to impress with David De Gea rested from action.

Made a smart save on 26 minutes from Alexis Mac Allister's rasping drive and an even better one from Leandro Trossard, down low on 67 minutes.

Portuguese right-back never seems to do much wrong when he plays, yet is constantly linked with a move away from Old Trafford.

Provided decent attacking threat and was solid in the tackle. Better competition for Aaron Wan-Bissaka than Timothy Fosu-Mensah.

Talked up by his manager before kick off, it's a real make-or-break season for the Ivorian.

Showed good strength and recovery speed throughout, and surely worth a punt going forward such have United's defensive weaknesses been.

Given the runaround by Brighton's nippy little striker Mac Allister.

There was no rest for Lindelof in Solskajer's cup XI – perhaps it's the boss giving the Swede one last chance to prove he has what it takes in the team.

Not much to choose between Williams and Shaw in the left-back slot.

His goal was just what the young Scot needed – with confidence seeming low recently.

There's a lot of compeition in the middle of the park now, but McTominay rarely lets anyone down. 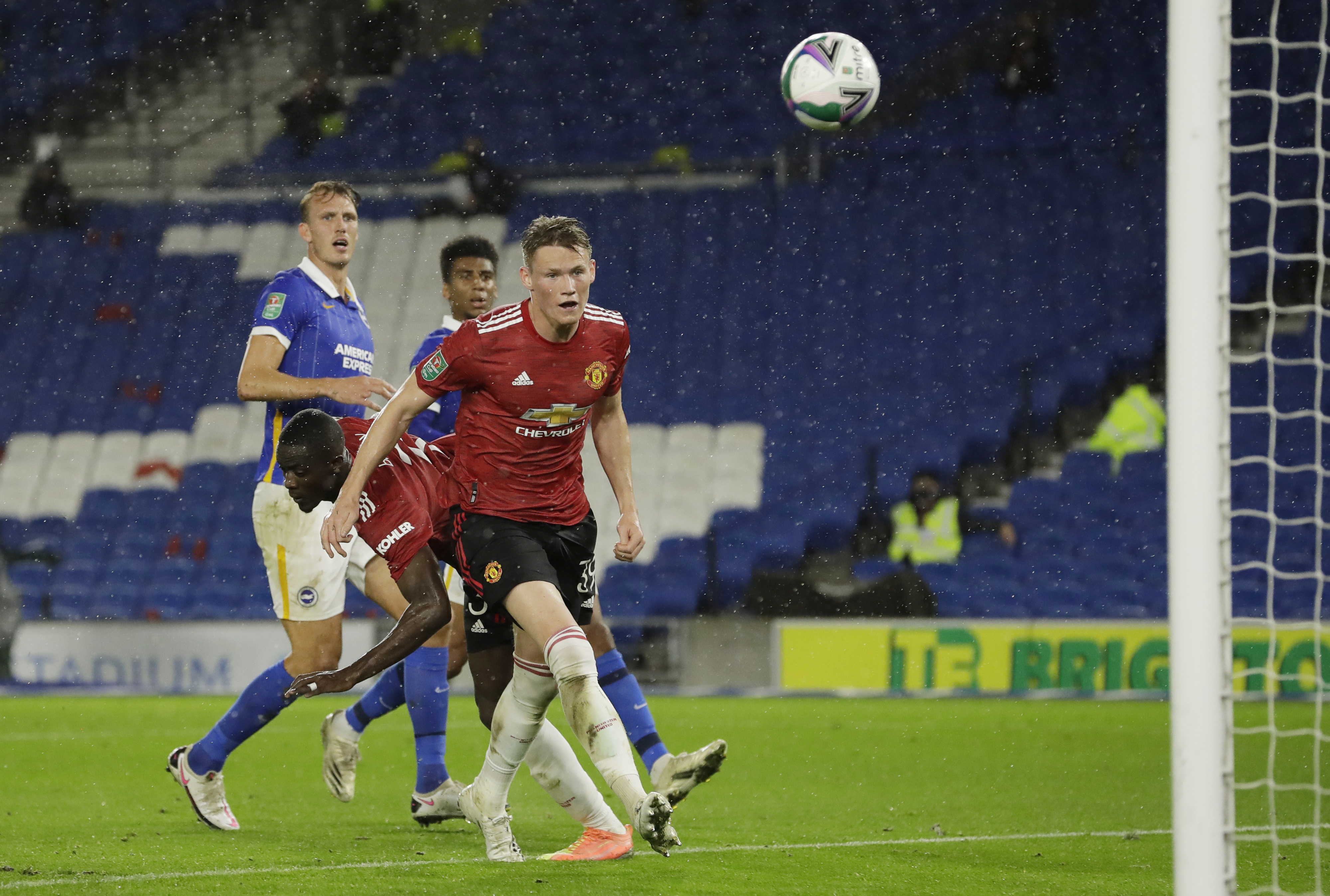 The Brazilian has been the odd one out for Solskjaer this season in the Premier League.

But United fans will tell you he offers more than Matic. Nothing to shout home about but was tidy enough.

Mata won and then took the free-kick that led to McTominay's opening goal. He capped a fine performance with the crucial second goal for his team.

What he might lack in a bit of 'get up and go' these days, he makes up in his sublime range of passing and set-piece prowess. 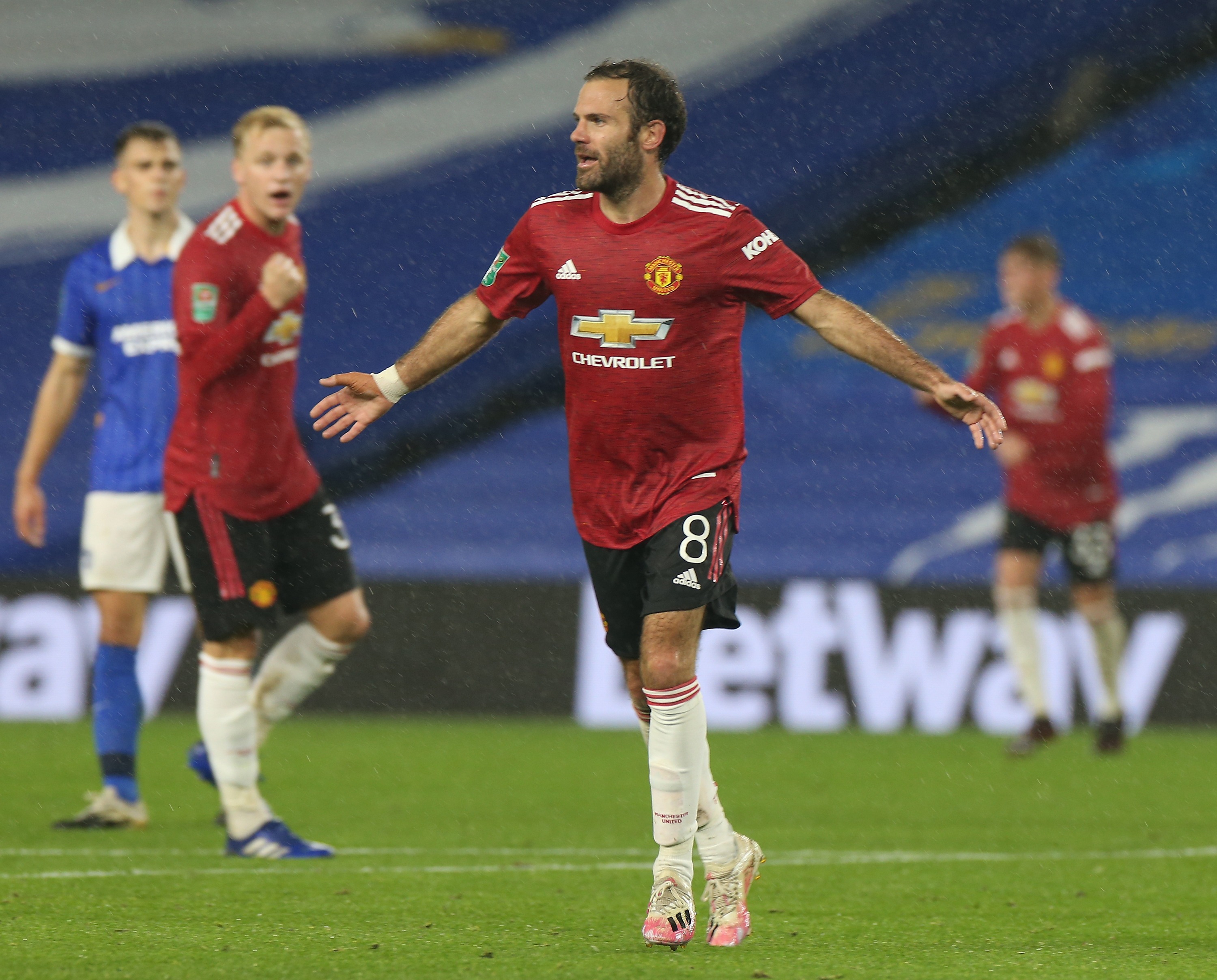 His agent didn't help when he criticised United not starting the summer signing in the Prem.

Started tonight, but and beautifully laid in Mata for United's second. Pressed his claims.

Totally anonymous first 45 minutes, and another player who looks short on confidence.

Chose the wrong pass at regular intervals before being hooked. Needs a loan spell to re-ignite his career. 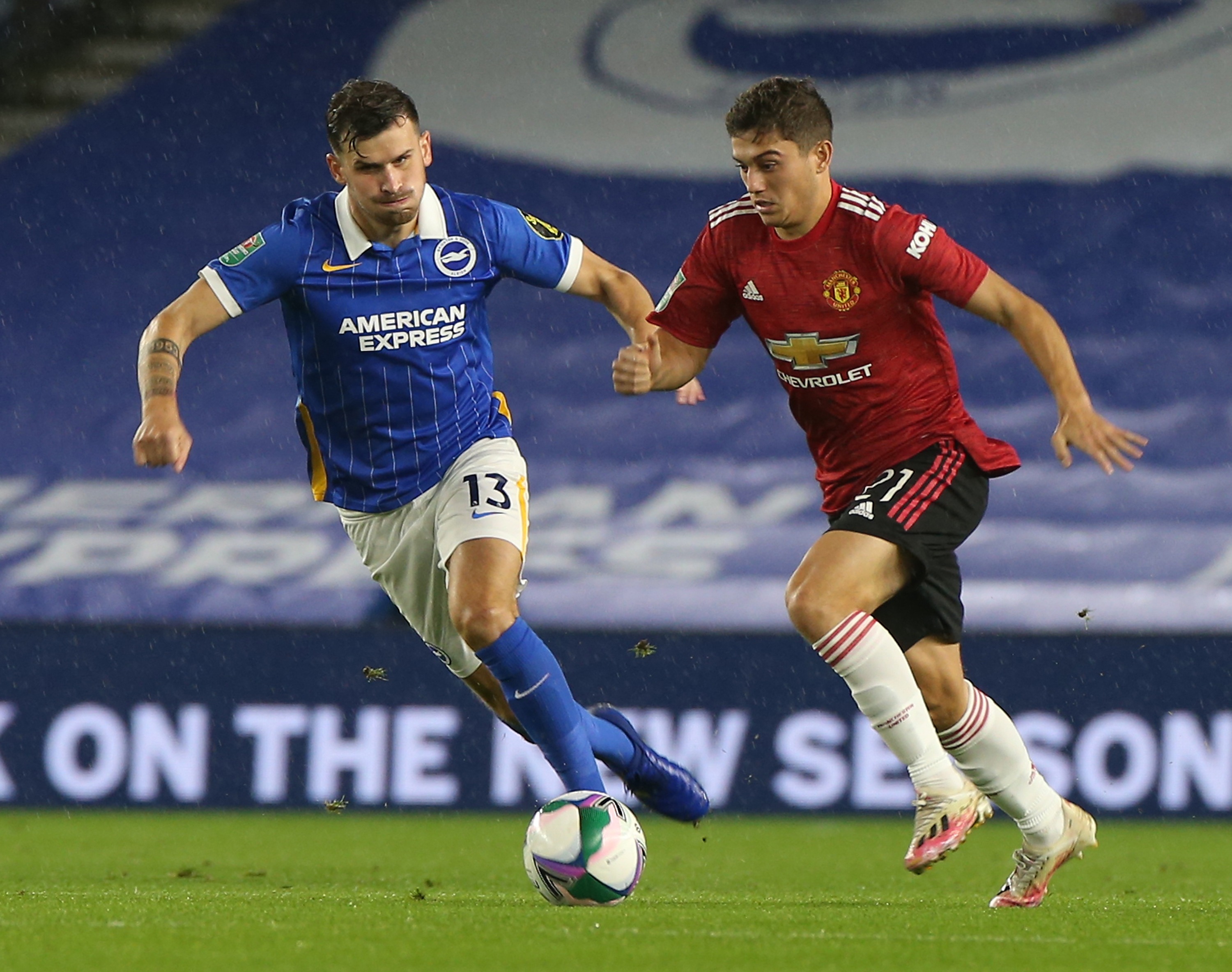 The Nigerian won't be replacing Marcus Rashford up top any time soon.

Signed as back-up and set to stay as that, Ighalo had one great chance in the first half but fired into the side netting. Subbed off for Rashford on 68 minutes.

Instantly impacted the game after being involved in the move that led to Mata's goal.

Could have scored on 75 minutes when his header went just wide. But the Frenchman wasn't to be denied, and curled in a beauty of a free-kick, via a deflection for the third goal. 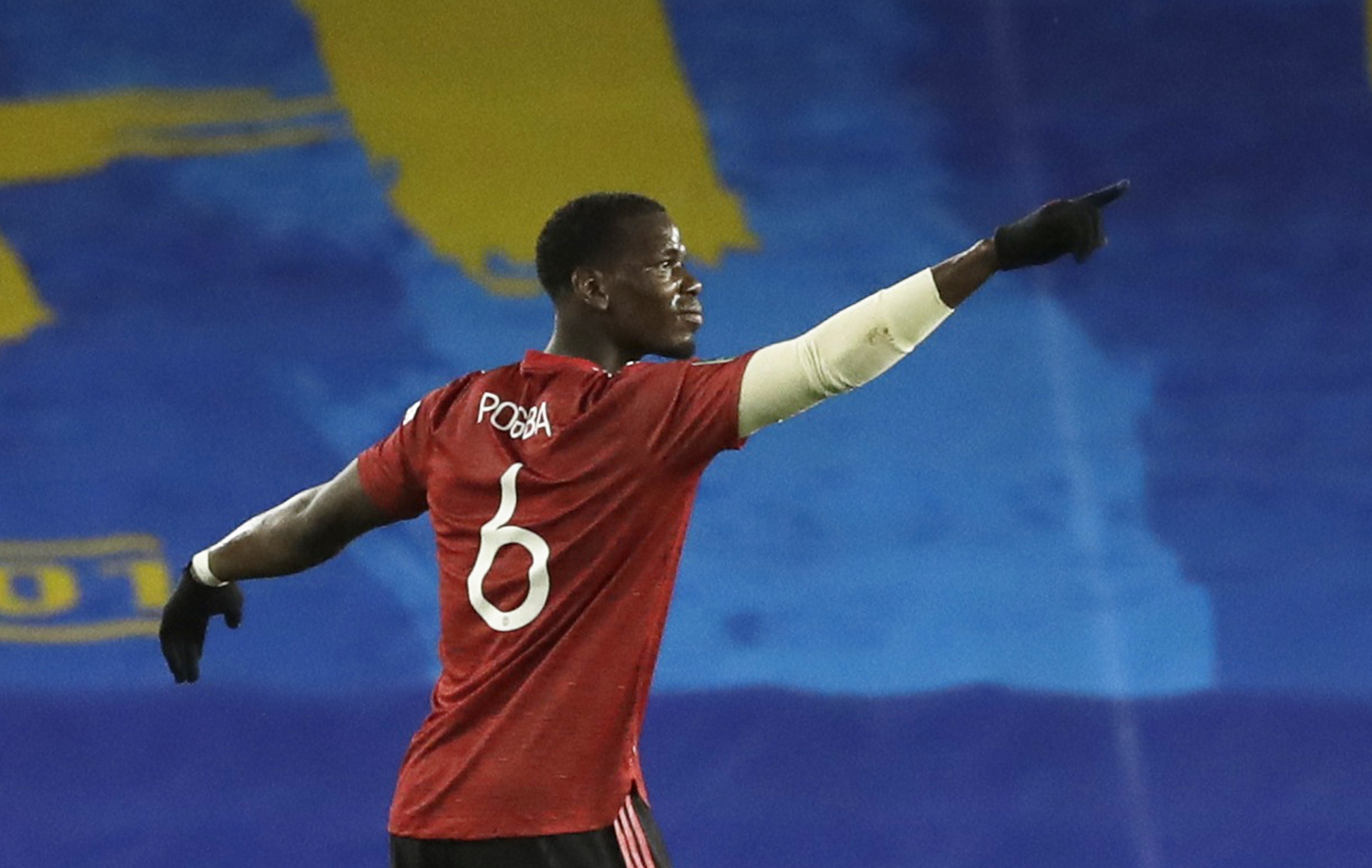 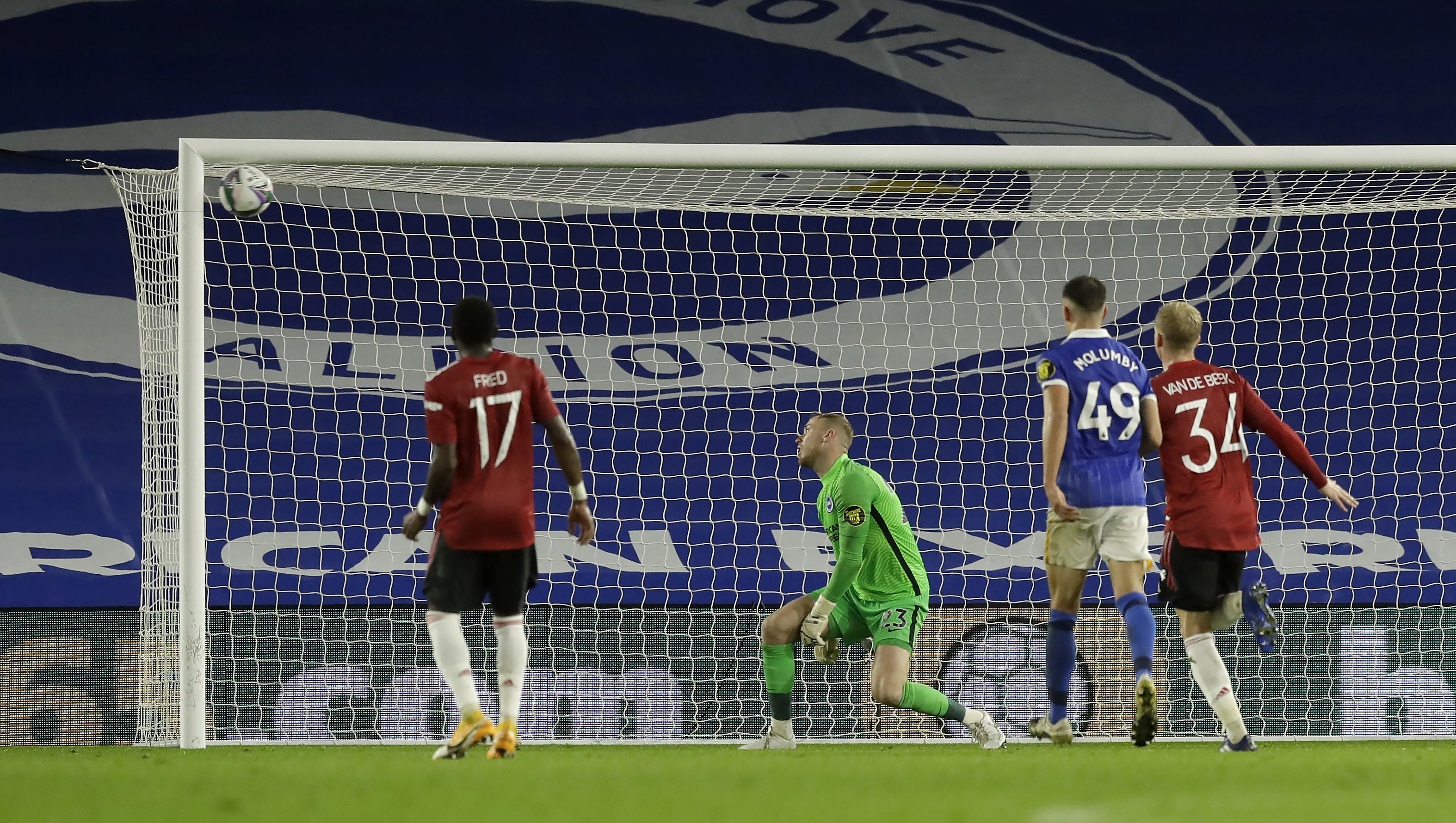 Didn't do much, but even that was probably more than Ighalo.

A couple of probing runs, but didn't have enough time to do much.