Man Utd verdict: Dean Henderson proves he can be the daddy in David de Gea's absence

WITH David de Gea back in his homeland on paternity leave Dean Henderson took the chance to prove he can be the daddy at Old Trafford.

The Spaniard has been not to rush back after welcoming a baby girl Yanay with his partner Edurne last week. 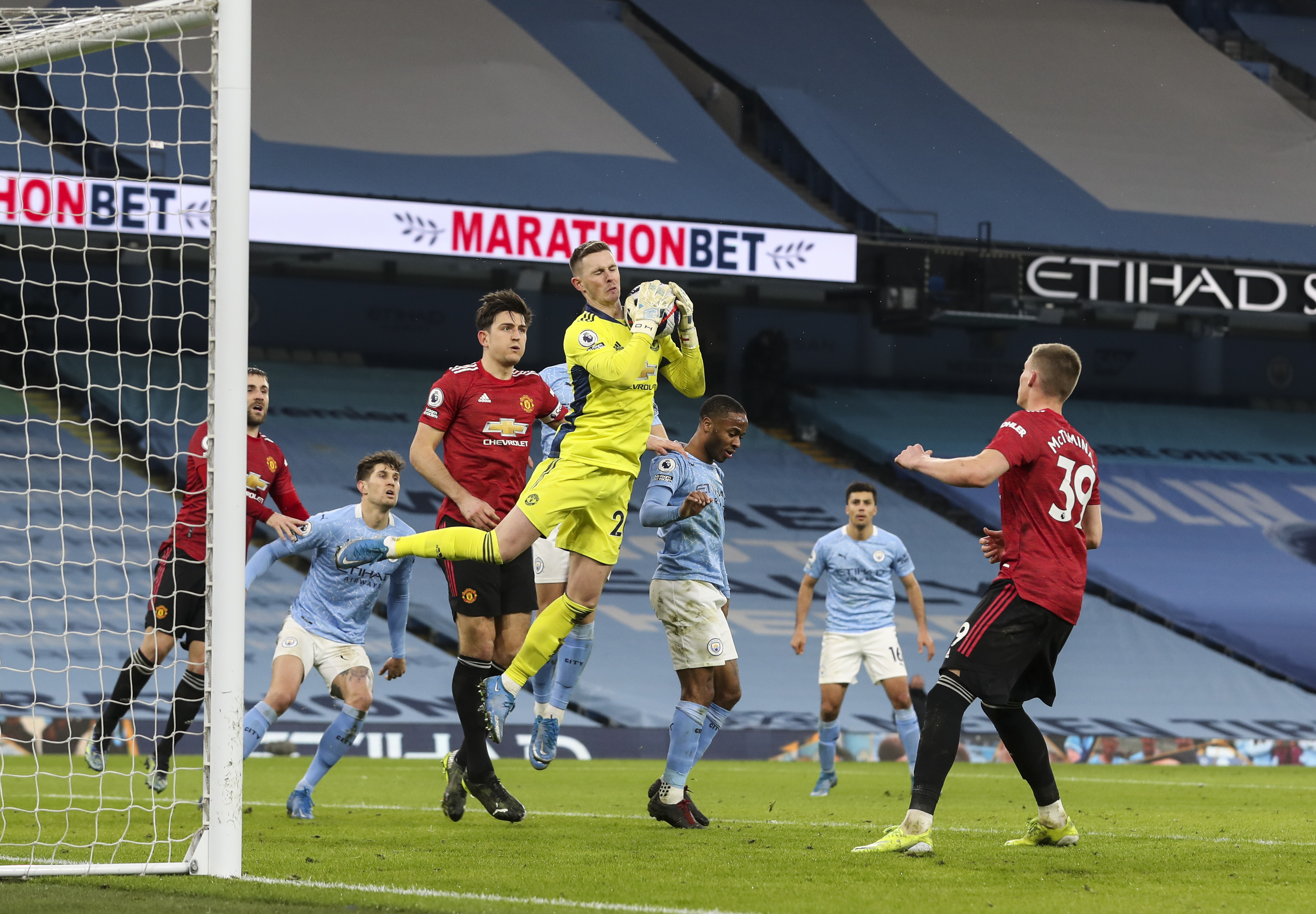 So between now and the international break, Henderson has been promised he will get the run of games he craves.

And the 23-year-old gave a performance of huge maturity – even though he is something of a new arrival himself in terms of Manchester derbies.

Apart from De Gea, the last United goalkeeper to play in a league derby was Edwin van der Sar – and he left in 2011.

Before kick-off, former United skipper Roy Keane said: "Sometimes you need a bit of luck in your career, he’s got this opportunity, he’s got to take it.

“He’s got to say to Ole Gunnar Solskjaer in the next few games that he believes he’s Manchester United’s future number one and to give him the job.”

Yet nobody could say the 23-year-old does not deserve his chance after proving his credentials at Sheffield United this season.

His last eight appearances for United going into this have seen seven clean sheets.

Many expected this to be a busy afternoon for Henderson – but his team were already a goal up by the time he touched the ball.

He was given a good feel of it when Ilkay Gundogan turned smartly on the edge of the box but his shot was too close to the keeper.

The same could be said for Oleks Zinchenko when he got space on the edge of the box and stung the palms of Henderson.

He tipped over a free-kick by Kevin de Bruyne – although it would probably have gone over anyway.

Everything he did in the first half had authority about it – like he believes his itme has come to be the new long-term keeper at United.

There was plenty in his performance that would have impressed watching England manager Gareth Southgate too.

Early in the second half, it was his quick thinking and throw that started the move which led to Luke Shaw putting United two goals up. 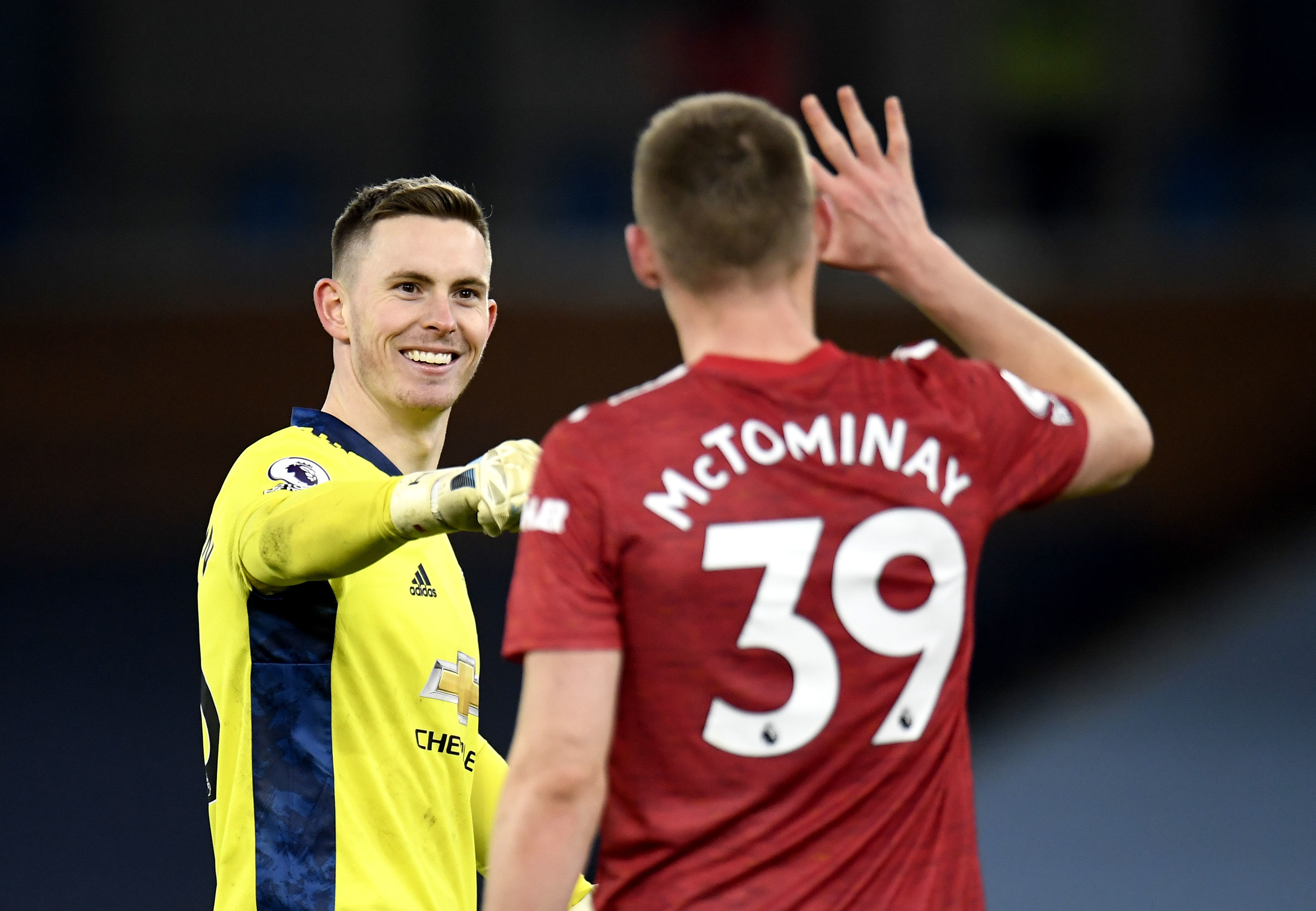 With Harry Maguire and Victor Lindelof pushing further up than normal, City were struggling to get efforts in on goal.

But when called upon, his handling was sure – particularly when the home side mounted a late charge.

He also got a yellow card for time-wasting as United tried to catch their breath. It’s fair to say it won’t bother him too much.

Another United legend Gary Neville was impressed with the way Henderson stepped into what he called one of the highest profile positions in world football.

Neville said: “It’s a big ask to come into a game like this. Every game is a big one for him but he’s done everything really well, really composed.

“De Gea will be watching back in Spain and looking at a very confident young goalkeeper.”

Solskjaer must have been delighted too. He said before the game that Henderson should not see this as a genuine opportunity – not as a ‘resting pillow’.

It could soon be De Gea having sleepless nights – and not just because of the arrival of his new daughter.