IT is possible British boxing is about to welcome a modern-day Gene Tunney.

Intellectual Tunney beat Jack Dempsey to win the world heavyweight title in 1926 and he retired undefeated. 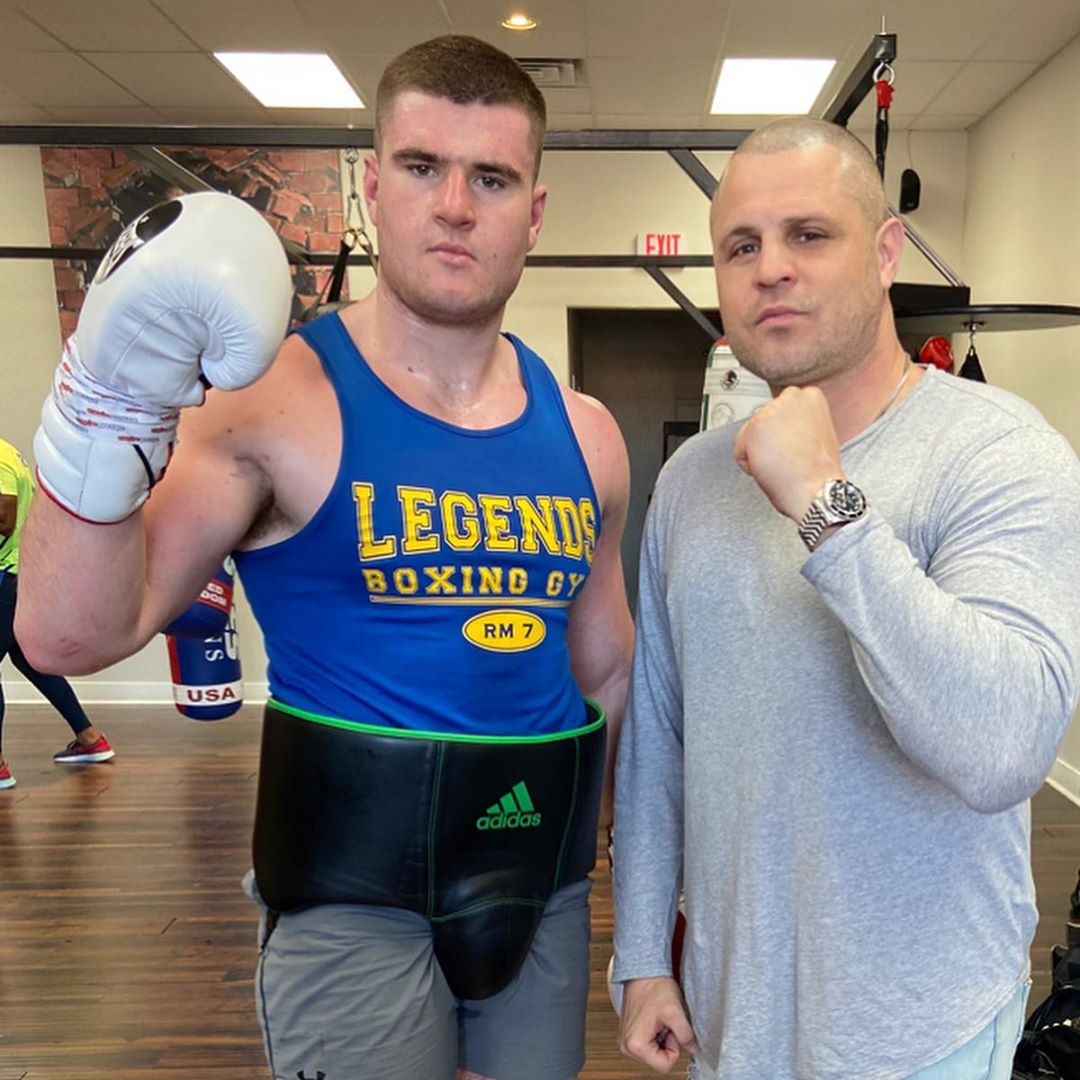 But the American was not exactly a fan favourite because he preferred the company of scholars to the bent-nose brigade.

A student of Shakespeare, he was close to writers Ernest Hemingway and George Bernard Shaw, who he used to correspond with regularly.

Johnny Fisher is out of the same mould.

Another 6ft 5in, 17stone giant, he is an Exeter University graduate who has just signed a multi-fight promotional deal with Eddie Hearn’s Matchroom outfit.

Johnny’s only been with me a month but though he is a complete novice I’m already excited. I can see he has the potential and the dedication to get to the top

The Romford lad, 21, has decided on a boxing career despite getting a 2:1 history degree which has meant shelving his original ambition to be a barrister.

Fisher, whose thesis was on the aerial bombing campaign on Germany in World War Two, reckons if he had not sacrificed his final term sparring with Joe Joyce in Las Vegas, he would have ended up with a First Class honours degree.

With no amateur experience to speak of, Fisher admits when it comes to the Noble Art he is raw.

A schoolboy and junior ABA champion, he has set out prematurely as a pro because the pandemic has decimated amateur boxing for the last six months. 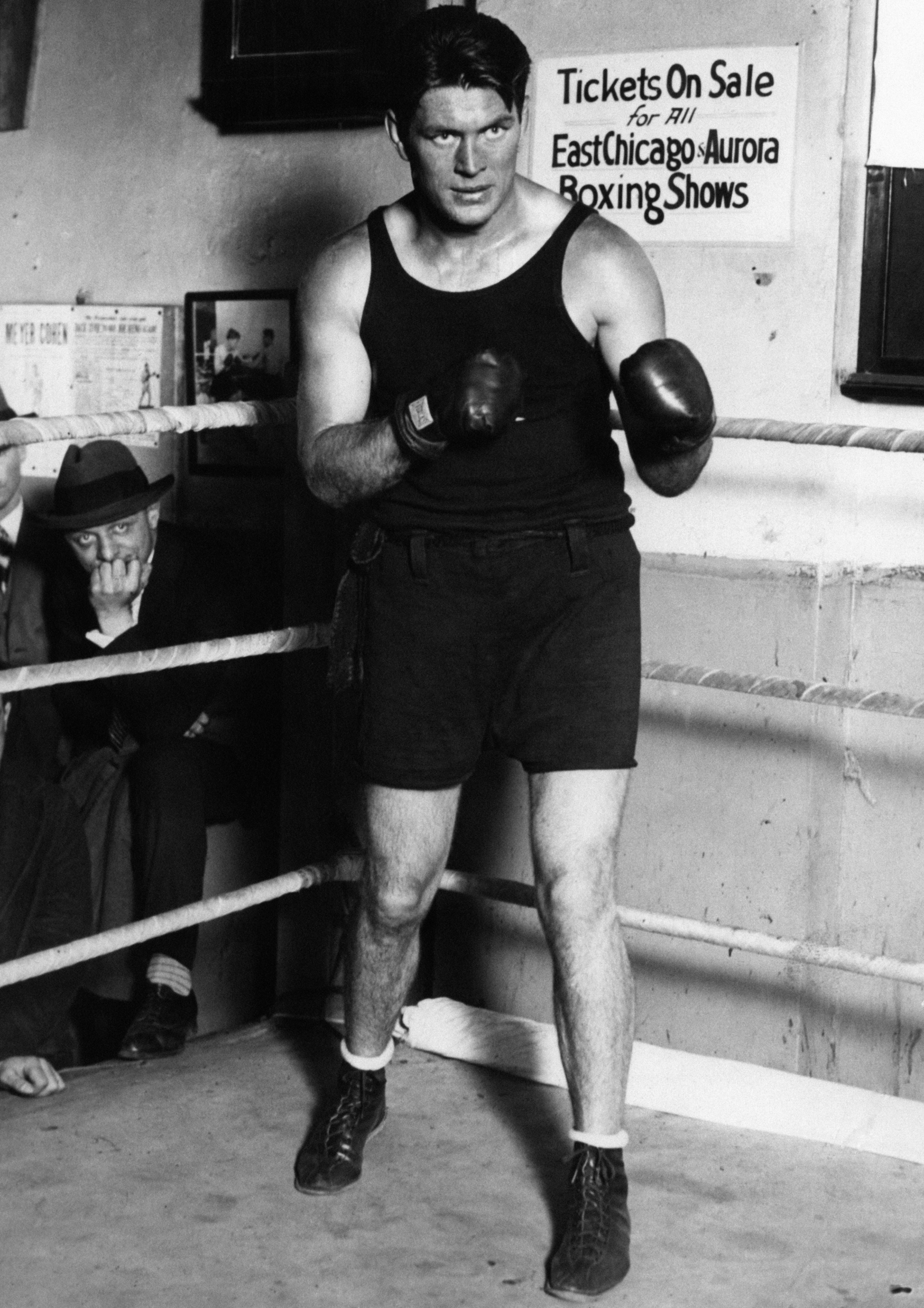 With his academic background he fully understands the mammoth undertaking it will take to reach the heights.

His trainer Mark Tibbs, who did such a brilliant job getting Dillian Whyte to be a top contender, told me: “Johnny’s only been with me a month but though he is a complete novice I’m already excited.

“I can see he has the potential and the dedication to get to the top.

“For one thing he is a tremendous puncher.

“Every time I take him on the pads he’s ripping my arms out and my shoulders are killing me.

“Because he is so intelligent he’s going to be a quick learner.

“But he knows we have a tremendous amount to do before he hopefully makes his debut before the end of the year. Fisher said: “I’ve only been boxing seriously for 18 months and in every walk of life experience is vitally important.

“But if Daniel Dubois can become British and Commonwealth champion with such a limited amateur background there’s no reason why I can’t do the same.”

Hearn said: “When I got the call about a big, strong talented heavyweight from Romford I was already sold.

“The domestic heavyweight scene is thriving with a host of prospects looking to break through.

“And Johnny has the raw power to become a real problem.

“I’m looking forward to mapping out his career. He’s going to be a fans’ favourite.” So just how much of a man of letters was Tunney.

When he beat the legendary Dempsey, he was asked how it felt at winning the title.

This is what he said: “In human endeavour, the most important thing is not so much the realisation of the goal, the effort of the chase is worth more to the hunter than the actual capture.

“I cherish the crown. But my greatest thrills came not in winning it but in my climb to the top.”

It sure beats ‘I’m over the moon’.