Home » Lifestyle » Matt Fitzpatrick: ‘I have the chance to go to Augusta and win. That’s an amazing feeling’

Matt Fitzpatrick: ‘I have the chance to go to Augusta and win. That’s an amazing feeling’

When Matt Fitzpatrick first drove down Magnolia Lane as a wide-eyed 19-year-old in the front seat of a friend’s rental car, the rush of excitement quickly blurred into a “whirlwind”. He might have been the first Englishman to win the US Amateur Championship for almost a century, but that did nothing to stem the fanfare. A practice round with Rory McIlroy was “amazing”; the real thing with Adam Scott “made it extra special”, even if Fitzpatrick did go on to fall agonisingly short of the cut line. Back then, at an age when he was once mistaken for a range worker at Muirfield, his only focus was to drink in the bleary excitement.

Seven years later, armed with that wealth of juvenile experience, the world No 16 and six-time European Tour winner’s innocence has long been traded for hunger. “Then, it was just a case of purely playing and enjoying it and seeing where golf could take me,” he says. “Now, I have that feeling more like I belong. I can compete against the best guys and arguably have the chance to go to Augusta and win. That’s an amazing feeling.”

Aside from a natural increase in his distance, the fundamentals of Fitzpatrick’s game are still very much the same. His putting stroke has always been a source of envy and his driving, while not blessed with supernatural strength, is a reliable metronome. Beyond that, his overriding ambition has not been weakened by the competitive reality of life on the PGA Tour. “The plan is to try and get to world No 1 and win multiple majors,” he says. “The goals are 100 per cent the same. They don’t change until you achieve them.”

For all Fitzpatrick’s obvious ability, approaching 250 consecutive weeks inside the world’s top 50, his lofty expectations should not be confused for overconfidence. He still practises with the same undiminished enthusiasm, and the sores and blisters are proof of the work that’s paying dividends. “We’re still doing as many hours as we ever have. If I tried to get ahead of my station, there’s plenty of people who’ll bring me back to earth. Let’s just leave it that,” he says, with a knowing laugh.

That undercurrent of conviction has always flourished beneath Fitzpatrick’s easygoing charm. Raised in Sheffield, he would spend up to eight hours practising each day at Hallamshire Golf Club or at the nearby academy of revered instructor Pete Cowen. As an 18-year-old he made the cut at The Open to clinch the Silver Medal and made the bold decision to quit his scholarship at Northwestern University after just one semester so he could give golf his undivided attention. At one stage, his father was concerned that may leave Fitzpatrick without an option to fall back on. But after a dozen top-10 finishes on the PGA Tour and £4.5m in prize money, angst over a backup plan has long faded into extinction.

But if there can be one gripe over what’s otherwise been a near-perfect roadmap, it’s that Fitzpatrick is yet to win an event outright in the US. “There are still large areas to improve on in my honest opinion,” he says. “I feel like I need to hit my irons a bit better across the whole week rather than just a couple of rounds that put me in good stead. If I can start making gains on those areas then that might take me over the edge to winning over here and winning a few more times in general.”

To conquer those fine margins, particularly in the wake of Bryson DeChambeau’s gunslinging success, many players are turning to distance. Fitzpatrick ruffled a few feathers last year when he suggested it requires less skill to simply smash the ball harder but admits there is a sense of pressure to follow suit. “You want to keep up with the times and the competition and [distance] seems to be the biggest wave right now,” he says. “At the same time, you don’t want to go down the wrong road and end up playing the worst golf you ever have so it’s about finding a balance and finding what you want to do. I’m a big believer in playing my own game and that’s what got me on Tour in the first place so you’ve got to stick to your guns really.” 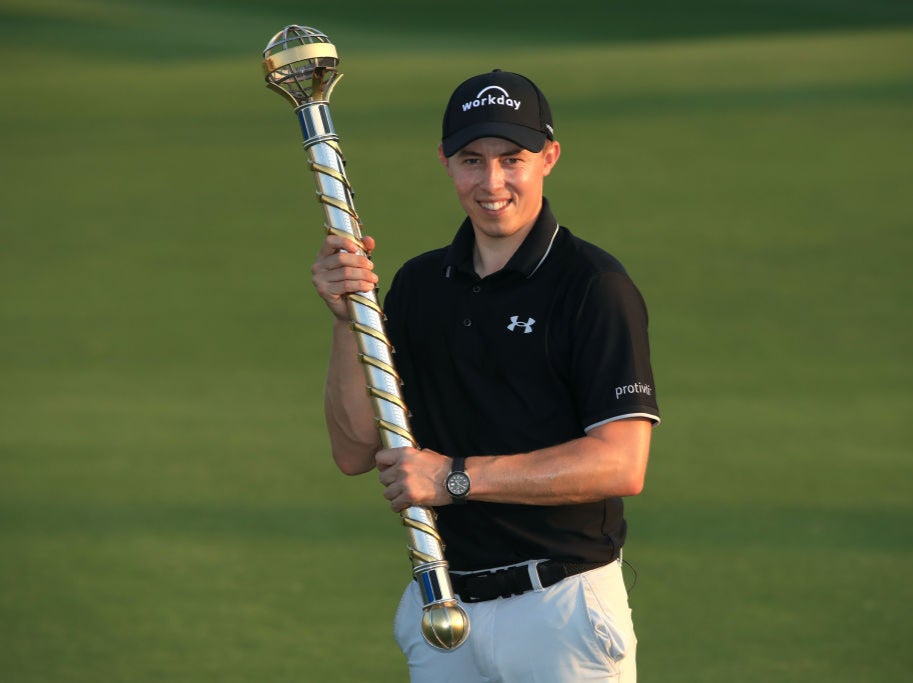 Fitzpatrick already has one top-10 finish at Augusta courtesy of that precise, rhythmic swing and, with the National’s greens expected to be exceedingly slick this time around, that will play to the Englishman’s greatest strength. “You’ve got to be able to putt well,” he says. “The greens are slopey, they’re so fast and tough to read. Nobody has a green book, just feel and natural ability. It’s definitely a golf course that suits me and one I really enjoy playing and hopefully, I have a chance [come Sunday].”

Not too far on the horizon, there is also the carrot of the Ryder Cup. It has, perhaps, been the one cruel aspect of Fitzpatrick’s career, so far, enduring a difficult debut in 2016 before being overlooked by Thomas Bjorn for Paris. “I want to be part of that team, there’s no doubt about it, that’s a goal for me but I’ve just got to keep playing and I try to keep it out of my mind,” he says. “I got worked up about it in ’16 and I’ve learnt from that and I’m just playing my own game. If I’m not in the team, I can live with that as long as I’ve tried my best so that’s all that matters.”

It is the measured reasoning of a player who’s always matured beyond his years. And when he drives down Magnolia Lane on Monday morning, there won’t be so much awe this time, only anticipation. “It’s more of an experience thing,” he says. “The confidence that if I play as well as I can, I can really win.”