Strictly: Andrea and Matteo Bocelli perform Fall On Me

Earlier this week, Andrea Bocelli became the first person ever to perform in the ancient desert city of Hegra, located in AlUla, Saudi Arabia. In another first, the Italian tenor sang alongside his 9-year-old daughter Virginia Bocelli and also his son Matteo Bocelli in the same concert. The 23-year-old and his 62-year-old father performed their hit duet Fall On Me for a lucky socially distanced audience of just 300, while fans watched a live stream on Andrea’s official YouTube account.

Aside from live performances with his father Andrea Bocelli, Matteo Bocelli’s debut solo work saw him sing The Lion King’s Can You Feel The Love Tonight for 2020 album Disney Goes Classical.

This was the second time he’d sung for Disney as his Fall On Me duet with his father featured in the movie The Nutcracker and the Four Realms.

Now, over the last year of lockdown, Matteo has been teasing that he’s working on his debut album. 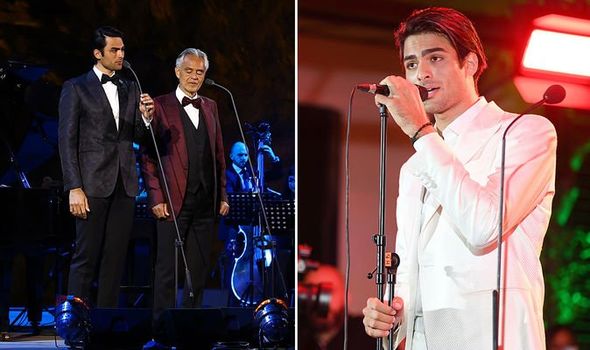 And by the sounds of his most recent update, he’s planning on touring the record in 2022.

Posting a snap himself performing in Hegra this week on Instagram, Matteo wrote: “Sooo good to be back on stage singing after almost a year.

“AlUla has been a blast and I can’t wait to travel the world next year with some new music. Any suggestions?”

This latest tease follows on from one in February when he wrote: “It’s been two years since my debut at the most important music festival in Italy.” 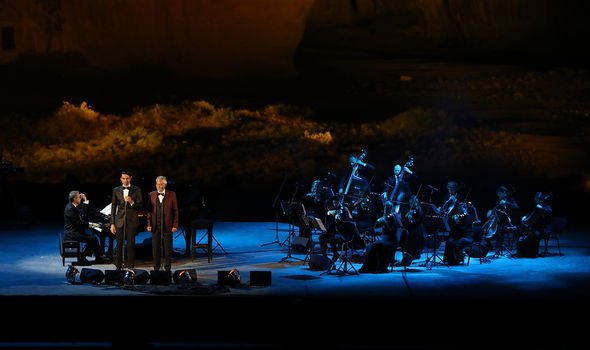 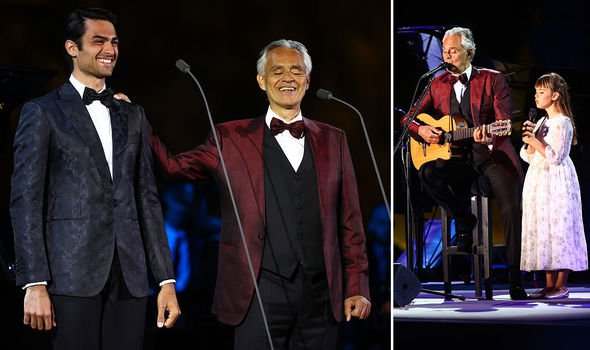 Matteo continued: “I’ll never forget the incredible feeling of walking on to the stage for the first time.

“That moment marked the beginning of an intense creative journey – I can’t wait to share my music with you soon.”

Matteo also gave an update on his latest music ambitions during a live Q&A on his official YouTube channel last summer.

One fan had remembered how in October 2019, Matteo posted that he had been hanging out with Tate That’s Gary Barlow.

At the time, the 23-year-old had tweeted a picture with the British singer, writing: “Such a pleasure to spend some time with the legend Gary Barlow!”

In that summer 2020 fan Q&A, Matteo shared in response: “I worked with Gary Barlow on some music. We created some very good songs and I can’t wait to share it.”

Asked about his upcoming debut album, Andrea’s son said: “We’re composing a lot of songs that we hope to share with you very soon.

“I’m writing a lot of new music. It’s a little bit of a surprise I can tell you that.”

He also shared how he’s been working on the debut record since mid-2019 and cannot wait for it to release in 2021.

The rising star added: “We created many songs. You’re going to have to wait a little bit. There’s going to be some surprises.”

Here’s hoping that at least both Andrea and Gary Barlow feature on the album too.

Plus Matteo’s father has worked with Ed Sheeran on Perfect Symphony in the past, so who knows if he can be convinced to contribute as well?