MAX VERSTAPPEN has been slapped with a £42,000 fine for touching title rival Lewis Hamilton's Mercedes car after qualifying.

But he will now start in pole position for Saturday's sprint race in Brazil after Hamilton was dramatically disqualified. 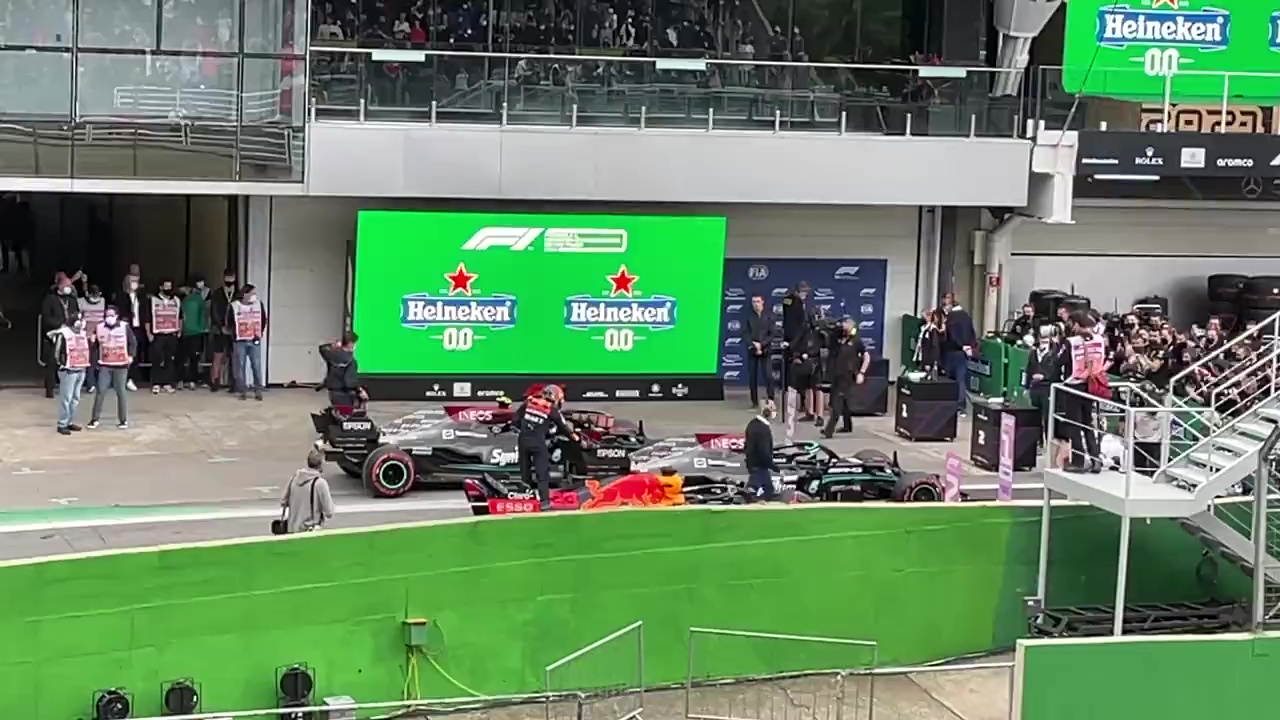 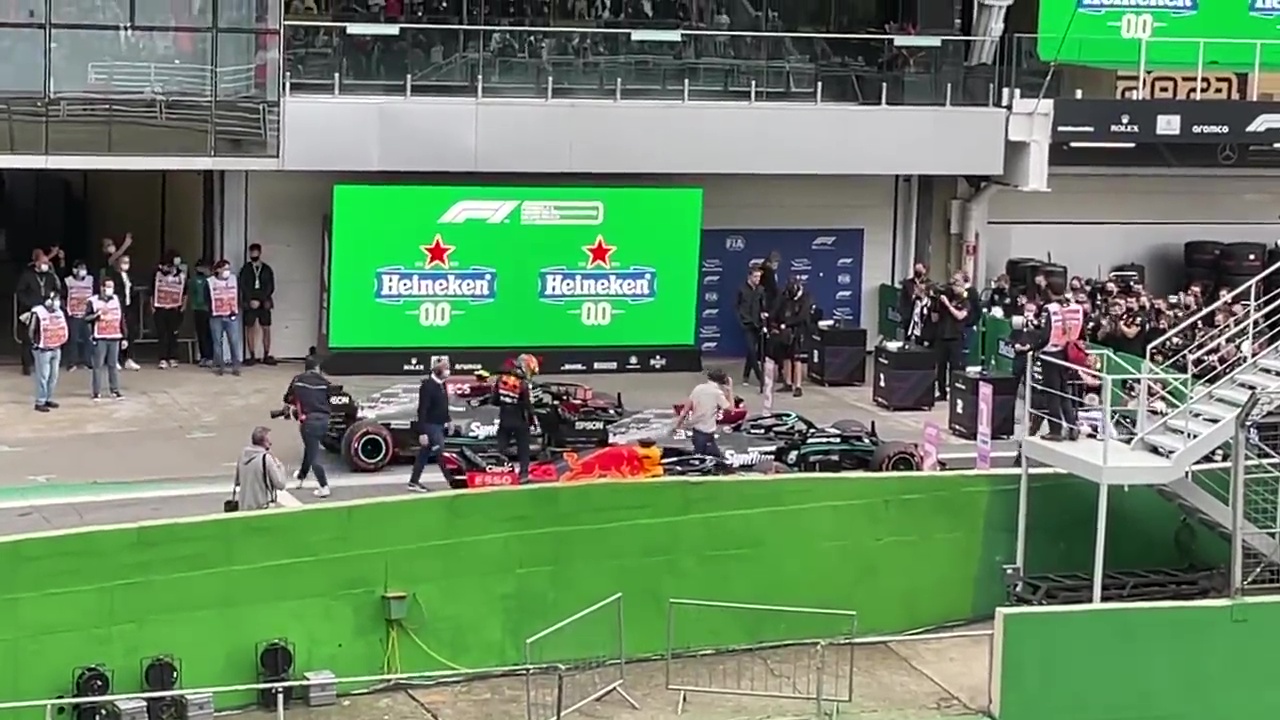 Verstappen was caught examining the rear wing of Hamilton's Mercedes in a fan video which circulated on social media after finishing second to the Brit in Friday's session.

Hamilton's car was ultimately seemed to have broken technical regulations concerning DRS, leading to him being forced to start Saturday's sprint race from the pits.

But that did not spare Verstappen, who copped a hefty fine for breaching Parc Ferme rules.

Rules state that under Parc Ferme, only the officials assigned may enter the paddock and 'no operation, checking, tuning or repair is allowed unless authorised by the same officials or by the applicable regulations'.

Verstappen was called to see stewards on Saturday morning in Sao Paulo and was joined by Red Bull sporting director Jonathan Wheatley.

The meeting lasted less than half an hour and it was confirmed later that the Dutchman has been fined. 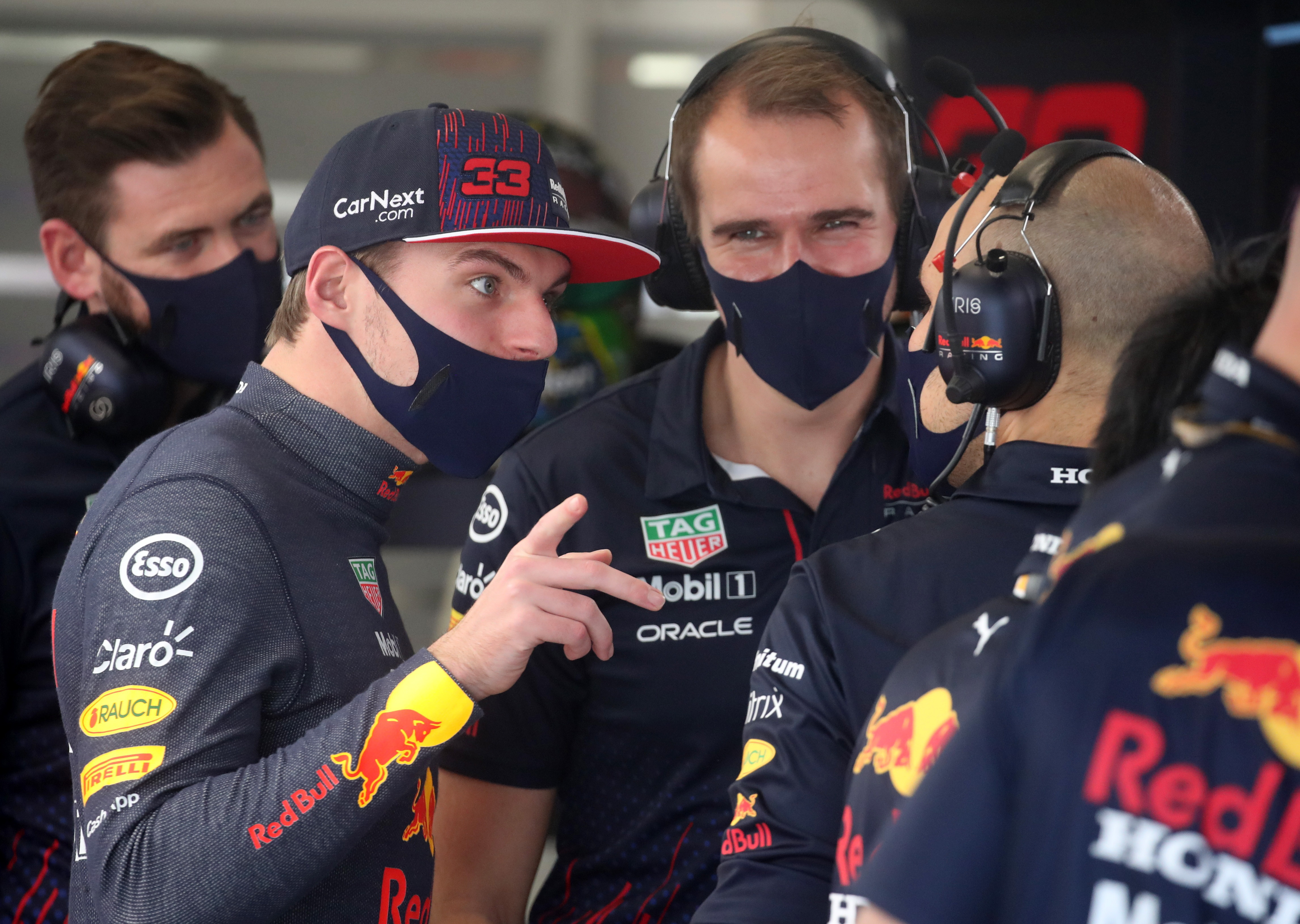 Hamilton's disqualification means Verstappen has the chance to go 22 points clear in the world championship, with just four races to go.

Hamilton is already facing a five-place grid penalty for Sunday's main event after Mercedes changed his engine for a fifth time this season.