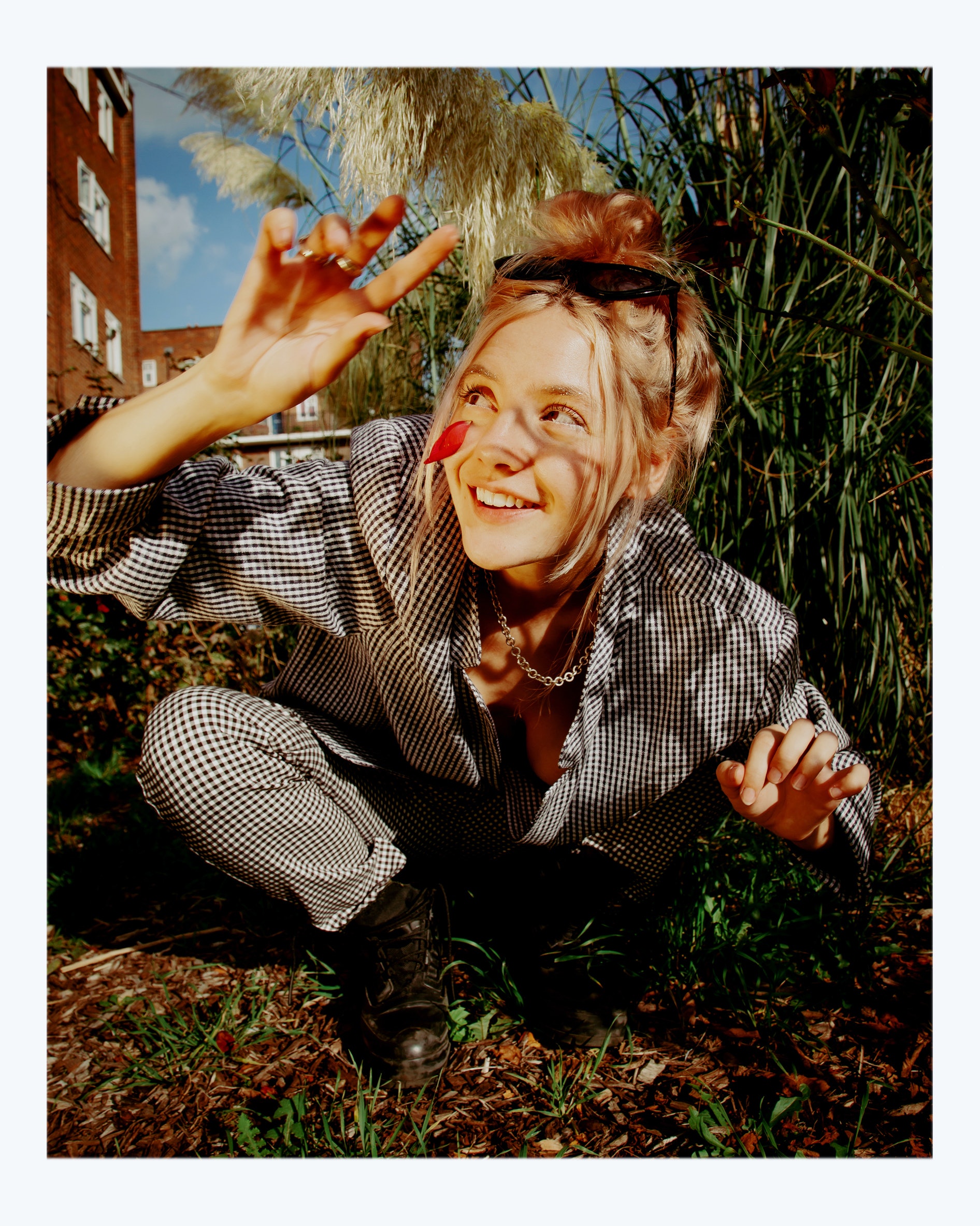 Emerging artist Dora Jar comes up with the best ideas for her songs while walking. If she’s feeling mixed up, she’ll pop in her headphones and hit the streets. It was through this process that Jar came up with the “missing puzzle piece,” as she describes for one of the songs on her debut EP, Digital Meadow, which blew up on Soundcloud soon after she posted the seven-song collection. A year prior, she’d written the first two verses for “Garden,” a dreamy track with a choir on vocals, but needed one more key component to finish the song. So she went for a walk around the streets of Los Angeles, where she lives. “I saw this dog looking up at this owner,” she says from London, where she’s currently staying in a friend’s attic, ahead of a September 27 show at the West Hackney venue The Waiting Room. “For some reason, it clicked: that feeling of being looked down on. The lyrics that came to me in that moment were, ‘It’s like I’m your puppy love, playing dead obediently. And while you’re up above, looking down on me, you wonder what I’m really thinking.’”

Walking helps, as she puts it, “untie my mind”—and that’s exactly what happened while Dora was making her latest single, “Scab Song,” which comes out today. During a walk from her house in Silver Lake to Digital Meadow composer Jared Solomon’s house, a usually up-tempo song blasting in her headphones registered as slow and trippy. “Jared was like, ‘That’s a scientific thing that happens when your heart rate rises,’” she recalls. “‘Your perception of music changes.’” As a result, Dora and Solomon decided to take “Scab Song,” which the musician wrote when she was 19, and sped it up significantly. The result is a sunny, playful track with a robust baseline and catchy melody—with lyrical play that calls to mind The Beatles’ Sgt. Peppers era.

This might be the first time you’re hearing Dora Jar’s name, but it won’t be the last. She is a rising star in her own right—a unique talent who blends indie rock with folk songwriting, electronic elements with hip-hop beats, creating her own brand of infectious, intellectual pop. Dora Jar is your favorite Gen Z artist’s favorite artist; I actually first heard of her when my colleague wrote a story about a new generation of bedroom pop hitmakers like Conan Gray and Remi Wolf. Nearly every young artist featured in the article mentioned Dora Jar, and how much they loved her music.

When I speak to Dora months later, she’s wearing a yellow rain hat and has white eyeliner drawn on her cheeks in the shape of an “x” and an “o.” Her doe eyes widen when she’s thinking deeply about something, and she switches in and out of cartoonish voices based on how goofy she’s feeling in the moment.

Being present, a hugely popular idea among the Gen Z set, is of the utmost importance to Dora, who doesn’t make rigid plans when it comes to songwriting. “That’s a huge truth in creation, is leaving a lot of the connections to be made later and just trusting,” she says. The same ethos can be applied to her trajectory as a musician. Dora’s talent and crystal-clear tone of voice is homegrown—she didn’t attend music school or spend time in a fancy conservatory. She was born in New York City, where she spent the first four years of her life—her mother and father then moved to Northern California’s Bay Area (Berkeley and Burlingame, respectively,) which did not sit well with a toddler-age Dora. “My mom told me that I said, ‘I’m not a Californian, I’m a New Yorker!’” Dora’s mother was a theater actor and constantly sang show tunes around the house; her father, on the other hand, whistled to no end. “He whistles Puccini and Madame Butterfly, all of those classics. He doesn’t really like music that isn’t The Beatles, opera, or jazz,” she says. She honed her vocal skills on road trips between Northern and Southern California with her mother, with whom she made up songs based upon what they saw on the road. As a result, an airy quality to her songwriting persists, which matches the ethereal sound of tracks like “Opening.”

Dora Jar’s sharp musical acumen makes it hard to believe she just released her first single in October of 2020—a time when she was trying to figure out the industry on her own, while friends and family members (her father included) wondered why she wasn’t putting out any work. “I was just so hungry, and I knew that when I started, things would fall into place, but the anticipation of releasing is such an uncomfortable place to be,” she says. “I taught myself to have faith when no one else could see. Then I realized that faith really transcends moods, and if I was in a bad mood and having a moment of self-doubt, I just remembered the bigger picture and that helped me work on a song.”

As for how she sees her musical career playing out, Dora says she’ll leave the rest “open to spontaneity.” “Beauty is in the unexpected,” she says in a sing-song voice.