Meghan and Harry will have a ‘very tough time’ paying for their security as coronavirus puts a halt to their ability to earn the ‘significant income’ they need, royal expert claims

The Duke and Duchess of Sussex will struggle to pay for their security and their current lifestyle amid the coronavirus crisis, a royal expert has claimed.

Prince Harry and Meghan Markle moved to California in March after they stepped down as senior members of the royal family.

But they are now facing footing their estimated £4million security bill themselves – which may be difficult for the couple who have no current source of regular income, according to royal expert Omid Scobie.

Speaking on the Heir Pod podcast, the commentator said the couple will not be immune to financial difficulties, with the pandemic most likely preventing them from pursuing commerical opportunities.

He said: ‘They have spent the last few years not earning a living. As a royal, your expenses are covered but you don’t earn a salary. It will be very tough for them especially in the few months ahead.

The Duke and Duchess of Sussex will struggle to pay for their security and their current lifestyle, a royal expert has revealed. The couple are pictured in London in October

‘No-one knows when there is an end date to this. This could follow us for some time.’

Scobie, who is a regular contributor to Vanity Fair and Harper’s Bazaar continued: ‘For Harry and Meghan, on top of the difficulties they have had with the press, there has been this underlying issue of who pays for security moving forward.

‘It is something the couple were very conscious of – that from March 31st it would have to be done by themselves.

‘They didn’t want to leave themselves open to further attacks.’ 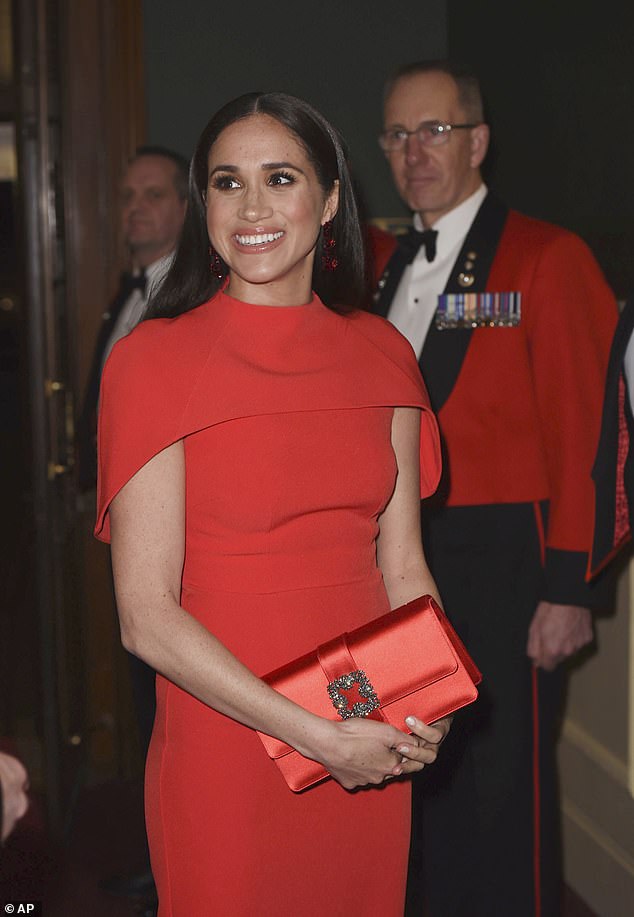 Prince Harry and Meghan Markle moved to California in March after they stepped down as senior members of the royal family. But they are now facing footing their estimated £4million security bill themselves – which may be cause for concern to the couple. Meghan is pictured at the Royal Albert Hall in London in March

CTV’s Laney Lui added: ‘Security is not cheap. For them, you are dealing with multiple personnel and round-the-clock at that. You have to also account for that and travel and other expenses.’

She continued: ‘This all goes back to the curiosity about their future plans and what they will be. They are going to have to have a pretty significant income to cover that and their lifestyle.’

The issue of the couple’s security was raised when President Donald Trump tweeted that the US taxpayer would not pay for their bill, following their move to Malibu, where they are currently self-isolating with their 11-month-old son Archie.

Last week, the Mail revealed Harry and Meghan agreed to pay for the cost of their security personally.

Their security personnel will reportedly consist of former SAS soldiers at a cost of £400 per operative per day.

Prince Charles will continue to pay for the upkeep of his son and daughter-in-law for the first 12 months of their new life out of his private funds, not the Duchy of Cornwall. But it is understood that this money will not be used for their protection.

A Sussex spokesman said: ‘Security costs are being personally covered by the couple.’

The development suggests that the Sussexes have negotiated a clean break, in which they will now receive no public money, only funding from Prince Charles’s personal fortune until they start to earn an income of their own.

A source said: ‘The Prince of Wales supports them privately but the duke and duchess also have their own money. They are paying for this themselves. The duke has been adamant on that.’

The Sussexes’ quick fire reply came hours after Mr Trump said the couple should foot the bill for their bodyguards, now they have moved across the border to LA from Vancouver where Canadian police helped with security. 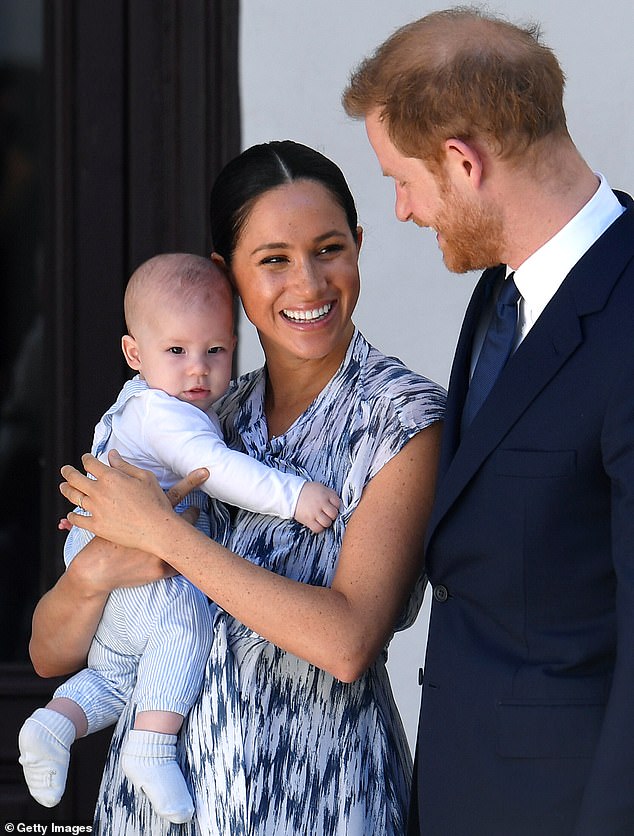 It comes as the couple announced they are launching a new charitable foundation named Archewell. They also revealed the Greek word in the project Arche – meaning source of action – was the inspiration behind the name of their son Archie Mountbatten-Windsor, baby Archie is pictured above with his mother and father in South Africa in September last year

The bill for their security while living in Canada,  which includes a roster of nine highly skilled British officers shuttling between the UK and US, is estimated to be as much as £8 million a year and is covered by British taxpayers through the Metropolitan Police budget. They also received support from the Royal Canadian Mounted Police.

Royal sources had said that if Harry and Meghan wanted help with security from the Secret Service in the US, which protects international diplomats, a request would have to be made to the State Department.

It comes as the couple announced they are launching a new charitable foundation named Archewell.

Meghan and Harry said they ‘look forward’ to getting started with the foundation, which will replace their Sussex Royal brand.

Harry and Meghan also revealed the Greek word in the project Arche – meaning source of action – was the inspiration behind the name of their son Archie Mountbatten-Windsor.

Further details about the organisation have been delayed due to the Covid-19 pandemic.

The couple said an announcement will be made ‘when the time is right’.

Their plans comes just one day after the Queen addressed the UK regarding the coronavirus pandemic.