Home » Lifestyle » Members Of Congress Got Tested For The Coronavirus Despite Not Showing Symptoms. Here’s Why.

Members Of Congress Got Tested For The Coronavirus Despite Not Showing Symptoms. Here’s Why.

Widespread guidelines have said only those with symptoms should get tested due to nationwide shortages. 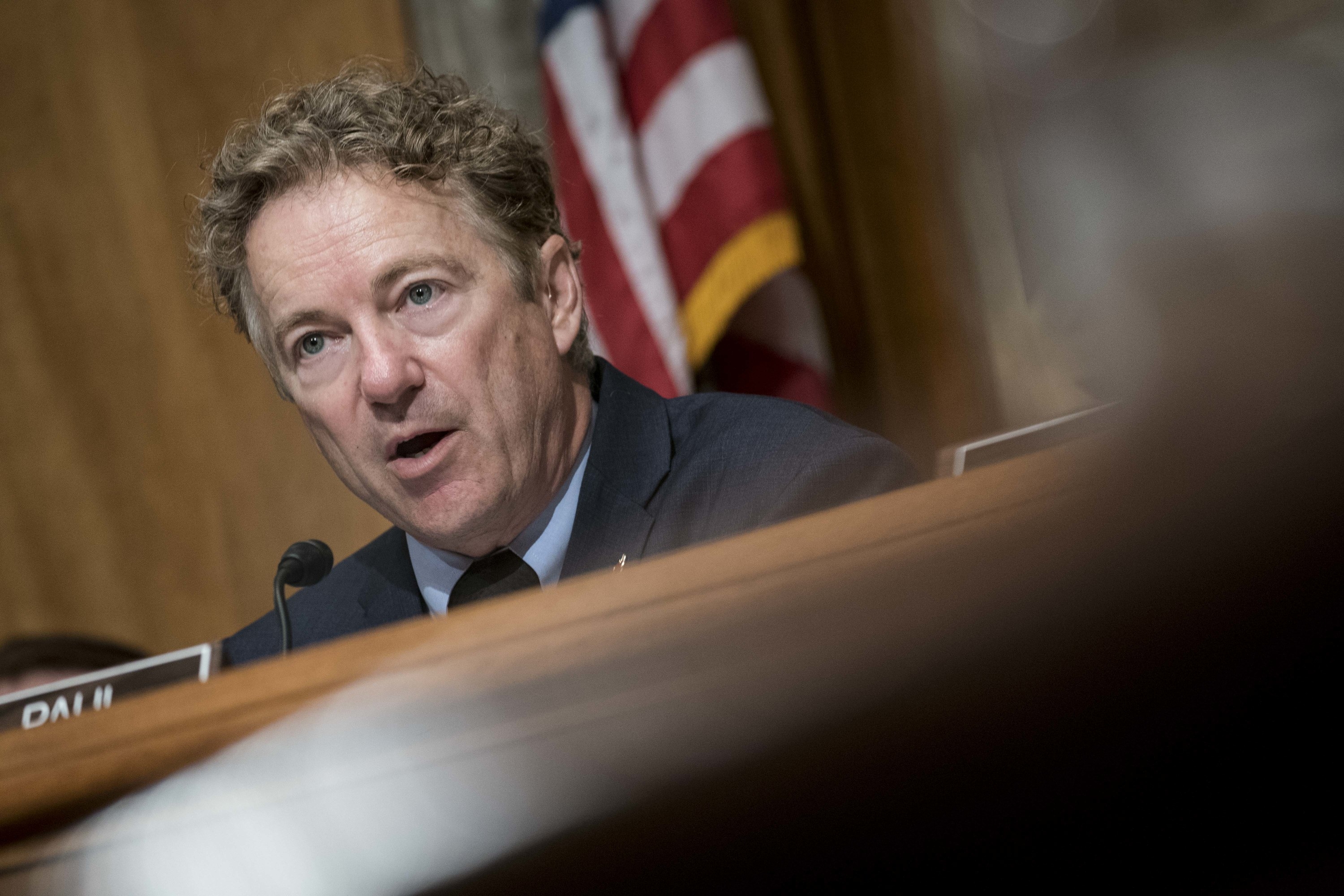 WASHINGTON — As sick people across the country struggle to get tested for the new coronavirus, asymptomatic members of Congress have been able to access tests despite guidance from the federal government urging doctors to save tests for people who are ill.

Lawmakers have access to a top-notch medical clinic in the Capitol building, the Office of the Attending Physician, which is staffed by Navy doctors and was once described as “the best health care on the planet.”

But that’s not where members of Congress who haven’t exhibited symptoms of COVID-19, the disease caused by the novel coronavirus, are getting tested. BuzzFeed News contacted the Office of the Attending Physician and more than a dozen congressional offices and found that those lawmakers who had been tested without showing symptoms did so outside the Capitol, often in their own districts. Meanwhile, the attending physician has turned away asymptomatic lawmakers seeking tests.

“The Office of Attending Physician (OAP) follows prevailing medical practice guidelines for testing individuals who may have the coronavirus infection,” the office said on an internal website. “At the OAP, individuals considered for testing must exhibit symptoms. They must have no alternative explanation for illness (such as influenza A), and they must have a nexus to risk.” 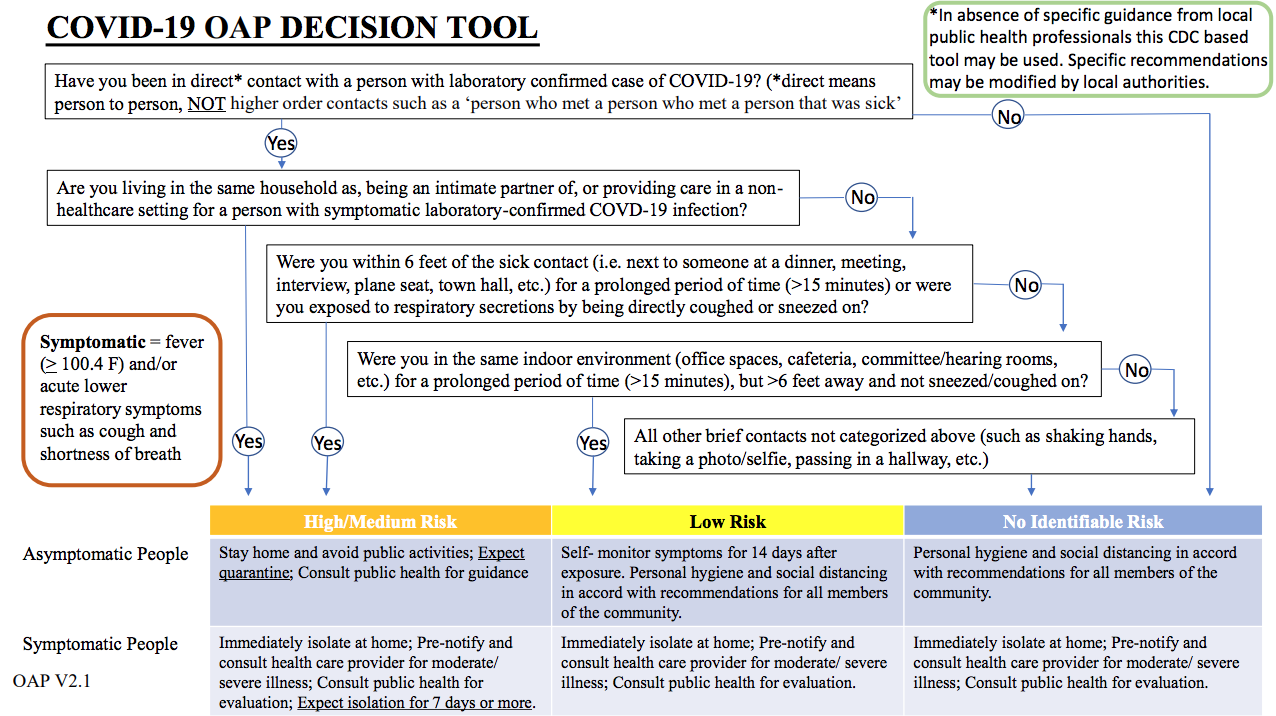 Sick people across the US are struggling to get tested amid a shortage of both tests and protective equipment for medical staff. Even some health care workers have reportedly not been able to get tested, while nurses on the front lines have faced long waits to get their results.

That asymptomatic lawmakers got tested underscores a growing trend of powerful people in the US getting better access to critical health care during the outbreak, and it highlights the confusing messaging around testing, especially that of earlier in the month as the coronavirus began to spread rapidly. President Donald Trump has wrongly stated that everyone who wanted a test could get one, and guidance from the Centers for Disease Control and Prevention has continued to evolve as the crisis deepens.

At least four members of Congress — Sens. Rand Paul and Mitt Romney and Reps. John Yarmuth and Matt Gaetz — have been able to obtain tests despite a lack of symptoms. Only Paul has tested positive. South Carolina Sen. Lindsey Graham has been tested too, but he told Fox News he had experienced allergy symptoms that he wanted to make sure weren’t from COVID-19 after attending a dinner at Mar-a-Lago with people who later tested positive.

Because of the nationwide test shortages, the CDC has issued guidelines to medical staff, instructing them to focus testing on those who are showing symptoms, which include fever, cough, and difficulty breathing. Even Vice President Mike Pence — who tested negative for the coronavirus after a staffer in his office tested positive — has urged Americans not to get tested unless they’re feeling sick. “If you don’t have symptoms, don’t do a test,” Pence said this month. “It is another way that the American people can make sure that we are preserving the resources that our health care workers need.” Pence was asymptomatic but said because of his “unique position as vice president,” he wanted to get tested.

The Attending Physician’s Office, which gets an extra $400,000 in Congress’s latest stimulus package to help deal with the coronavirus outbreak, has followed that advice. The office has told lawmakers — who pay just over $600 per year to receive its services — to quarantine themselves if they’ve been in contact with someone confirmed to have the virus even if they do not show symptoms. 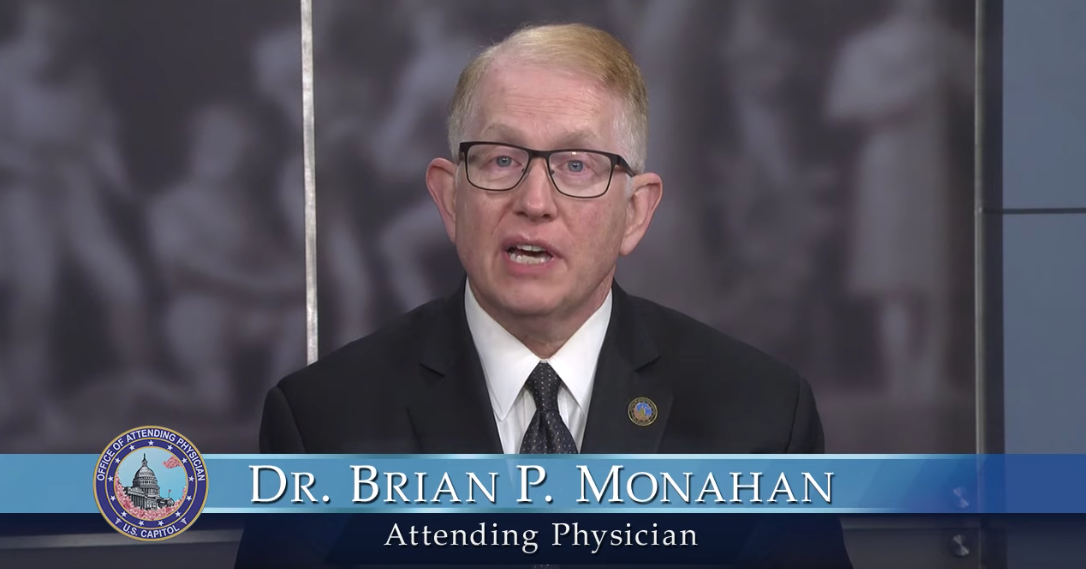 Such was the case for Utah Sen. Mike Lee, according to his office. “Sen. Lee visited the Attending Physician of the US Congress immediately after being informed Sen. Paul had tested positive for Coronavirus,” spokesperson Conn Carroll wrote in an email. “After taking Sen. Lee’s information the doctor advised him he did not need a test.”

The same went for Florida Sen. Rick Scott. “Senator Scott consulted with both the Senate physician and his personal physician when he was informed that he had potentially been exposed to someone who tested positive,” spokesperson Chris Hartline wrote in an email. “Both said he was low risk and should be tested unless he had symptoms. Senator Scott did a self quarantine out of an abundance of caution. He hasn’t had any symptoms and hasn’t been tested.”

Virginia Rep. Don Beyer also inquired with the Attending Physician’s Office about a test after having dinner with someone who later tested positive for the coronavirus. Beyer had been around House leadership and many others and wanted to make sure he hadn’t infected them, according to his spokesperson, Aaron Fritschner. After 90 minutes and phone conversations with three doctors, Beyer’s office was told that because he didn’t have any symptoms, he didn’t meet the threshold for testing, Fritschner said.

At least one lawmaker — Florida Rep. Mario Diaz-Balart — has been tested by the Attending Physician’s Office but was exhibiting symptoms. Diaz-Balart became the first member of Congress to test positive for the coronavirus, followed by Utah Rep. Ben McAdams, who was tested by his local doctor after getting sick.

But as the CDC notes, its guidelines are just that — guidelines — so local and state health authorities, as well as individual doctors, ultimately make their own decisions about who gets tested. Some doctors have even charged patients hundreds of dollars to be administered unapproved tests; last week, rapper Cardi B called out fellow celebrities for paying thousands to get tested despite not showing symptoms.

The members of Congress who have been tested without showing symptoms have offered varying explanations as to why they were able to get access.

Paul, the first senator to test positive for the coronavirus, is keeping quiet about where and how he got tested. He’s said only that he took the test upon arriving in DC two weeks ago due to concerns about his extensive travel and higher risk for complications. Last year, Paul had part of his lung removed after an altercation with a neighbor. He didn’t self-quarantine after he learned he had been at the same event in early March as two people who had tested positive (Paul’s office said he had no interaction with either person) nor after he took the test. In Washington, he mingled with colleagues and used the Senate gym while waiting for his test results, prompting criticism from fellow senators.

Paul — who held up a coronavirus bill earlier this month — did admit he didn’t fit the testing guidelines, though.

“For those who want to criticize me for lack of quarantine, realize that if the rules on testing had been followed to a tee, I would never have been tested and would still be walking around the halls of the Capitol. The current guidelines would not have called for me to get tested nor quarantined. It was my extra precaution, out of concern for my damaged lung, that led me to get tested,” he said in a statement.

Paul’s office did not respond to questions about who tested him or how he got tested in light of the guidelines.

Like Lee, Romney — the other senator from Utah — had been in contact with Paul before his test results came back positive, but he wasn’t symptomatic either. Nevertheless, the former Republican presidential candidate got tested at Intermountain Healthcare in Utah last Monday, his office said. “Based on Senator Romney’s age (73) and the duration and proximity of his exposure to Senator Paul, his physician recommended he get tested,” spokesperson Liz Johnson said in an email. A day later, Romney tweeted that he had tested negative. 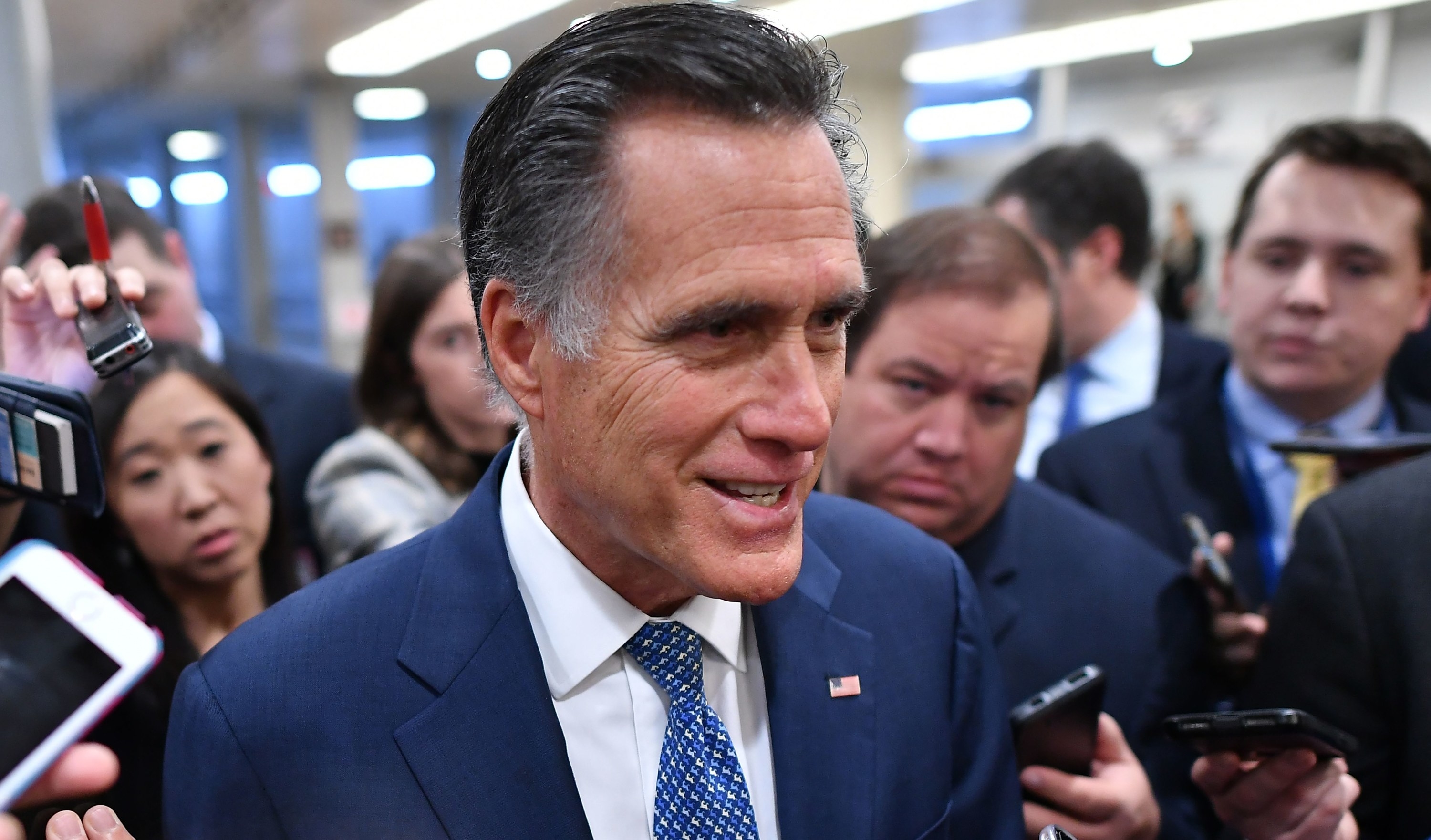 Many of those in Utah with symptoms have struggled to get tested due to shortages and the state’s strict guidelines. Since then, testing capabilities in Utah have expanded. On the same day Romney was tested, the state relaxed its guidelines. Still, the guidance tells medical staff to prioritize those with symptoms combined with other risk factors. Asked how Romney got tested, considering the guidelines, Johnson said, “Senator Romney’s physician recommended he be tested and he received testing at Intermountain Healthcare. You’d have to ask Intermountain directly about specifics regarding their testing questionnaire/criteria.”

Intermountain said that due to federal privacy laws, it couldn’t confirm whether someone was a patient or provide information about their care.

The Utah Department of Health acknowledged “a couple caveats” to its guidelines. “[T]his guidance is for testing at the Public Health Lab, but many commercial labs and health care facilities have adopted it,” spokesperson Tom Hudachko wrote in an email to BuzzFeed News. “The guidance is simply that, guidance — and when we are not experiencing a shortage of materials (which we currently are not), providers are advised to exercise clinical judgement in determining who should be tested.”

Rep. John Yarmuth, a Kentucky Democrat whose state has also experienced test shortages and backlogs, was tested back home as well. Yarmuth, who chairs the House Budget Committee, “was tested in Louisville, KY after being informed that he came into close contact with a person who had since tested positive,” his office said. “The test consisted of a nasal swab and an oral swab. He received his results about 24 hours later,” spokesperson Christopher Schuler said by email.

Schuler said Yarmuth “was directed by the head of Louisville’s Department of Public Health and Wellness to get tested because of his direct exposure to an individual who had tested positive.” Yarmuth’s exposure was at the same event in Kentucky that Paul had attended.

“[A]t the time the Congressman was exposed, it was CDC’s guideline that those in direct contact be tested,” Schuler said. “He was seated next to and interacted with an individual who was then known to be positive throughout the charity event,” Schuler said, adding that Yarmuth “consulted with his doctor and was then tested by a local provider. This wasn’t anything done through the Attending Physicians office or some sort of special avenue of access provided to House members.”

Jean Porter, a spokesperson for the Louisville mayor, confirmed that the local health department had informed Yarmuth “he’d been in close contact with someone who has tested positive” and that the head of the department “recommended, per CDC guidelines, that he consult with his health care provider about testing.”

Guidance from the CDC has said that those with symptoms should be prioritized, but it’s ultimately up to a doctor’s discretion. The day before Yarmuth was tested, only 153 Kentuckians had been tested, according to a local news report. “We’re only testing the ones that are the sickest,” Dr. Sarah Moyer, Louisville’s chief health strategist, reportedly said at the time. Less than a week later, another news report said testing was still being reserved for the sickest patients due to the limited supply.

For Florida Rep. Matt Gaetz, an ally of the president, the situation was a little different. His office said he was tested at Walter Reed National Military Medical Center in Washington, DC, and received the results from the White House physician’s office.

“I was specifically told by WH medical staff that I was NOT being tested because I am in Congress – but because I had been in close contact with President Trump over several days,” Gaetz tweeted earlier this month. “Of course we have a national interest in keeping the President safe.”