Mercedes to release cars with augmented reality displays in windshield

The 2021 Mercedes-Benz S-Class will come equipped with a futuristic new augmented reality windshield when it’s released in September.

Mercedes-Benz is calling the technology an ‘Augmented Reality Head-up-Display, which was developed for the company’s cars by Texas Instruments.

The AR windshield will feature a 1.3 megapixel resolution display that will appear as if it’s hovering in the air 33-feet in front of the car. 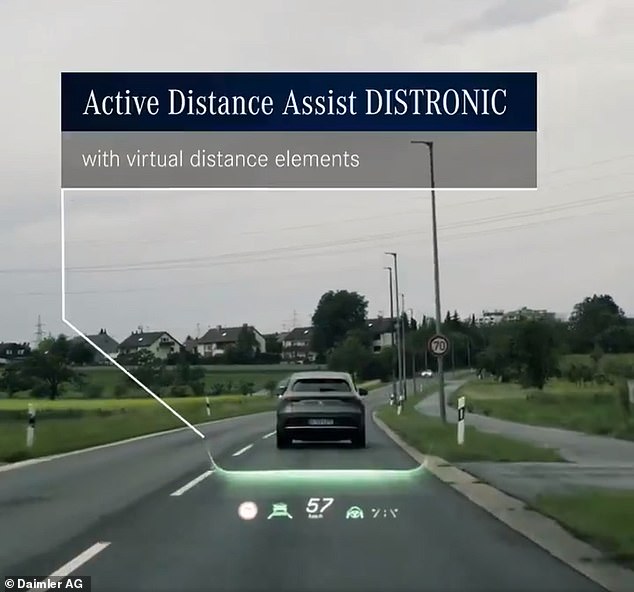 The display will be customizable by car owners but the basic options for what to show will include current speed, distance traveled, time of day, and temperature, according to a report in Ars Technica.

The system will also helpfully provide a small speed limit icon to remind drivers what the maximum is on whatever road they’re traveling, even if it isn’t marked with physical signs.

It will also work in coordination with now standard depth sensors to show safe following distance for the car directly ahead, showing a glowing green line underneath it that will turn yellow or red if drivers get too close.

The display will also use these red warning lines to show if a driver is getting too close to the side of the road or is in danger of drifting into another lane.

Predictably, the biggest feature is real-time animated GPS navigation assistance, which will appear as arrows that hover in the distance indicating the appropriate turn or exit ramp. 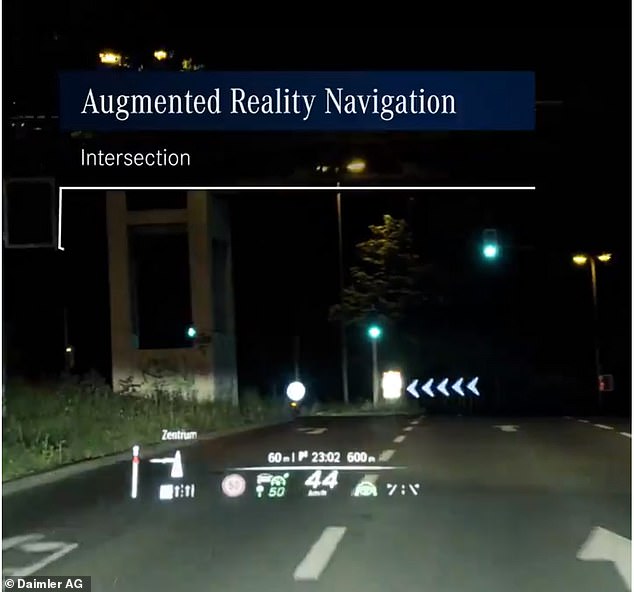 The AR displays were developed by Texas Instruments on behalf of Mercedes-Benz and will include a range of customizable features, including speed limits, time of day, and distance traveled 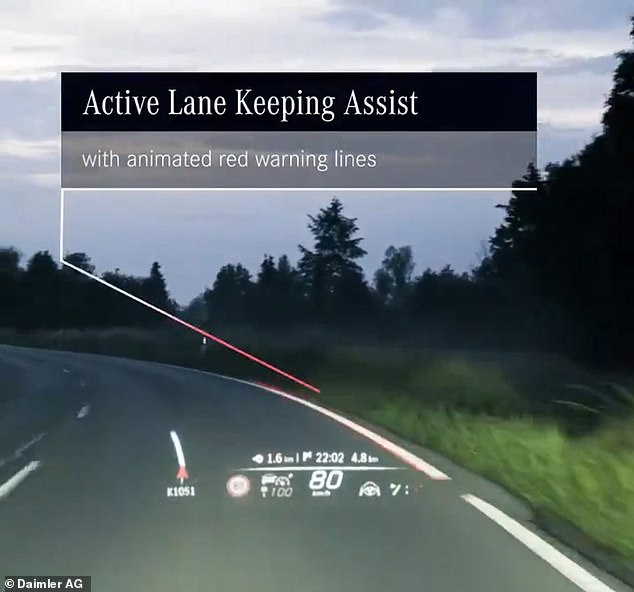 The AR windshield will also include a range of safety features, including animated graphics that show if a driver is getting to close to the edge of the road or the car in front of them 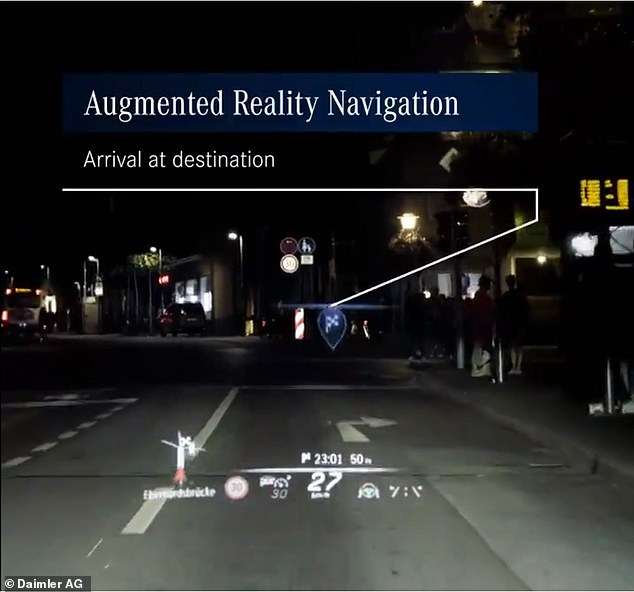 The windshield will also have an animated GPS system that will render arrows hovering next to off ramps and intersections, as well as a final destination marker

The device will also render a destination icon hovering in front of whatever final destination a person has selected for their GPS system.

Texas instruments has designed the system specifically for the curve and slope of the S-Class windshield so that the display will appear as if its standing upright even though its rendering on an irregular surface.

According to Mercedes it will appear roughly the same size as a 77-inch television viewed from 33 feet away.