MIKE TYSON revealed anyone in his entourage has to have a 'purpose' or else 'what the f*** they in your life for?'.

The boxing legend opened up to ex-NFL star Terrell Owens about having 'leeches' surrounding you. 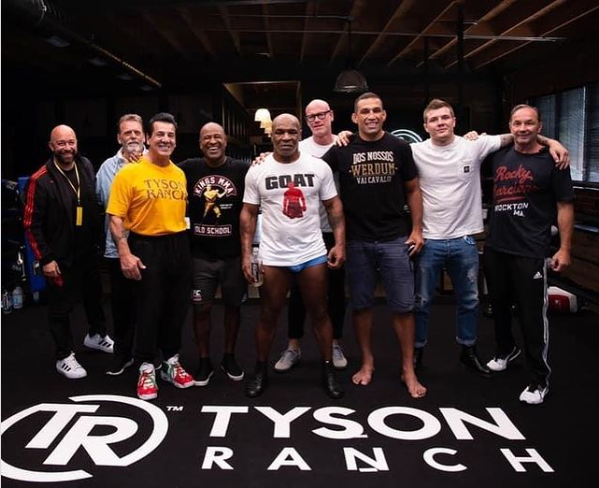 But Tyson admitted he does not mind a big squad of faces, so long as they prove to be helpful.

He said on his podcast: “If people in your life and they don’t have a purpose, what the f*** they in your life for?

"Anybody can be on the corner and say, 'Hey Mike, do this, do that'. But who's gonna suffer? Who's going to make this a better situation?

"I'm champ and I got money, what are you going to do to make this situation better?

"That's my thing, when I'm in somewhere and I see a room and the room's dirty, I start cleaning the room.

"I want to do whatever I can to make this a better situation."

Tyson, 54, became the youngest heavyweight champion of all time in 1986, when he was aged just 20.

Iron Mike claimed promoter Don King then fleeced him of £200m during his career, which left him bankrupt at one stage.

But in retirement, Tyson turned his life around and after launching his podcast in 2019, he stopped using cocaine and drinking heavily.

Amazingly, in March 2020 he announced plans to make a stunning comeback, 15 years after retiring.

And in November, Tyson boxed for the first time since 2005, drawing in an exhibition to Roy Jones Jr, 52.

Tyson plans to fight again but talks for a trilogy with iconic rival Evander Holyfield, 58, have since stalled.