The ‘Zombies’ crew is reuniting for ‘Holiday Magic Quest.’ HL spoke EXCLUSIVELY with Milo Manheim and Meg Donnelly about getting Hollywood Studios all to themselves for the challenges and more.

The epic holiday adventure continues! Zombies stars Milo Manheim, Kylee Russell, Meg Donnelly, and Trevor Tordjman are reuniting for the second round of Disney’s Holiday Magic Quest, which premieres December 3. HollywoodLife got the chance to speak EXCLUSIVELY with Milo and Meg about this incredible opportunity.

“The first one was one of the coolest experiences of my life, so it was pretty much a no-brainer that I was going to come back,” Milo said. “I knew that I was going to be back with Kylee, but they didn’t tell us who we were going to be competing against. So it was kind of a surprise to see Meg and Trevor, a very pleasant surprise. When we saw them there, it was amazing. The whole fam was back together.” 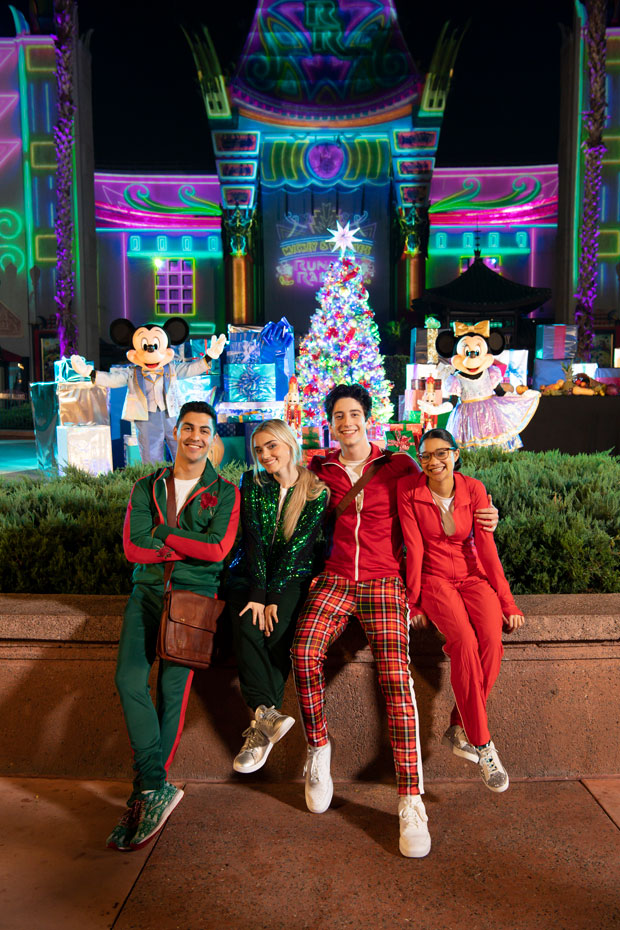 For Meg and Trevor, this is their first time taking on the Holiday Magic Quest challenges. Meg was “so excited” to be a part of the fun this time around. “The first one I wasn’t able to do, and I was so upset because it’s all Pearce [Joza], Ariel [Martin], Milo, and Kylie talk about,” Meg admitted. “I am so excited that I get to be a part of it and that I was available. I was on a team with Trevor. Once I found that out, I was freaking out. I was so excited because on the first Zombies we did so many promos where it was Kylie and Milo versus me and Trevor, like the cheerleaders versus the zombies. It felt like we were going back to that. It was just a lot of nostalgia, but then also we just had the best time.”

Milo and Kylee are teammates once again for Holiday Magic Quest. “We have a year under our belt, so we were really ready to go this time around,” Milo said. “Obviously, you can’t ever know what the challenges are going to be, but we definitely knew to expect the unexpected, which always comes in handy in these competitions.”

The special, hosted by Yvette Nicole Brown, takes place inside Disney’s Hollywood Studios at Walt Disney World Resort after dark, as part of The World’s Most Magical Celebration that honors the 50th anniversary of Walt Disney World. “Thankfully this year, we got to go on a lot more of the attractions, which was awesome,” Milo told HollywoodLife. “Me and Kylee were just able to go on really fun rides. They set up really amazing obstacle courses and experiences for us to do. The production this time around was great. The creativity was amazing, and it was really awesome to be able to be a part of the project.”

Getting to experience Hollywood Studios without the crowds was surreal for Meg. “It’s so wild,” the actress said. “It was crazy because we filmed from 8 p.m. to 6 or maybe even 8 a.m. sometimes. It was completely closed down. There was no music, no people, the rides weren’t on unless we had to use them for a challenge. It was just so wild being in the park with no one there. When we were finished filming, as the sun came up, all the lights, music, people started coming in to start their day automatically. It just immediately started.” 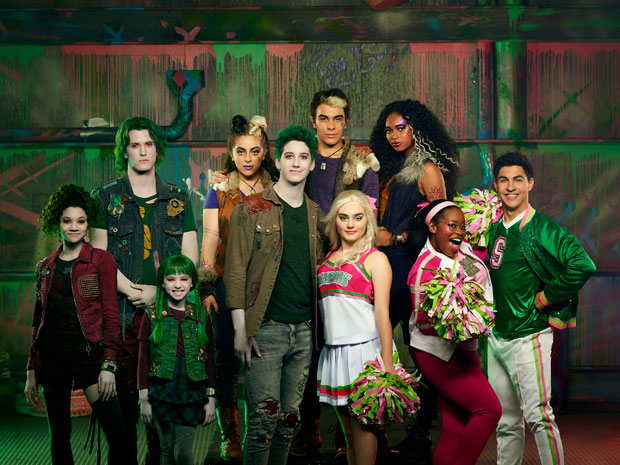 For Milo and Meg, getting to reunite with their Zombies castmates is something they never take for granted. “We’ve very much lucked out because not only do we just get along, but we’re actually best friends. We’re truly a family, and I love every single person on that shoot so much. I am constantly reminding myself and reminded by others that it is not always like that. We’re just the perfect group of people, so I’m very lucky to have that.”

As for the next Holiday Magic Quest adventure, Milo already knows what he wants to do. “We did Magic Kingdom. We did the Hollywood Studios. Now it’s time to do Epcot,” he said. Disney’s Holiday Magic Quest will debut December 3 at 7 p.m. on Disney Channel and will be available to stream on Disney+.